How bad can it be? Warp and crush audio with Bad Tape from Denise Audio

Because, sometimes, to make it good, you have to make it bad. Really bad. 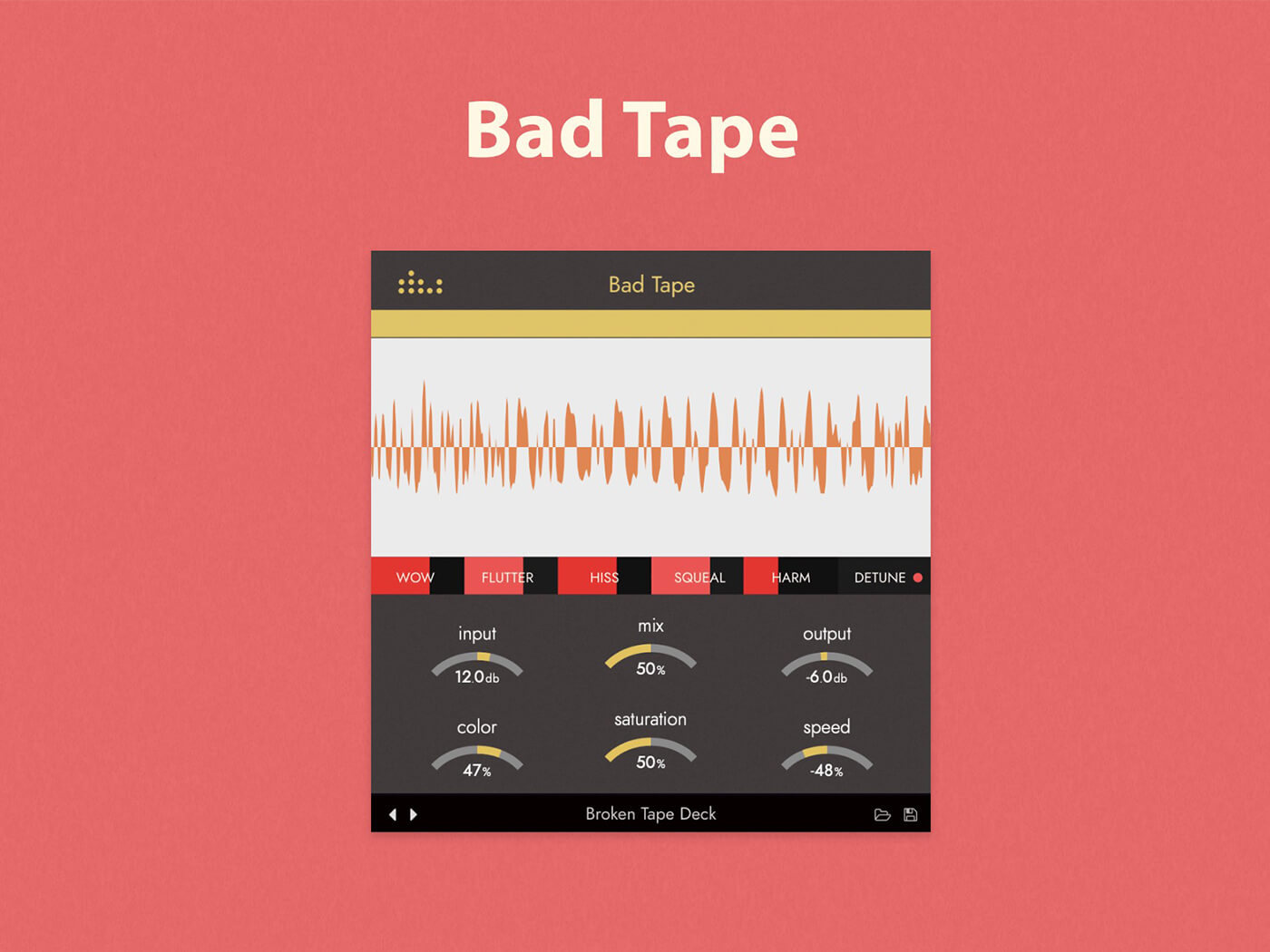 Berlin-based Denise Audio has added a new effects plug-in to its Essentials range, Bad Tape. “We like to describe it as a tape harming effect plug-in. Its focus is on creating extreme tape artefacts…and man does it sound bad” says Denise Audio.

Bad Tape lets you detune, Wobble & Shake, saturate and harm your audio. Speed and Colour of the tape can be adjusted, plus Noize and Squeal will add old tape machine noises to give a touch of character.

Detune works in the same way as pressing your finger on a tape reel. Wobble & Shake will randomly detune the pitch of audio, as if it was being played through a tape machine with inconsistent playback speed. Saturate is the feature that Denise Audio says will give “a warm and smooth character due to hysteresis emulation”.

The effect plug-in was inspired by Enrico ‘nrec’ Tiberi of Denise Audio, who was using an Akai 4000 DS MK2 reel to reel tape recorder to press the tape and slow it down as an effect on his audio. He wanted to negate the need for cables and maintenance that comes along with analogue gear. The result is Bad Tape.

Bad Tape is available to download from 13 October for €14.99. Find out more at denise.io