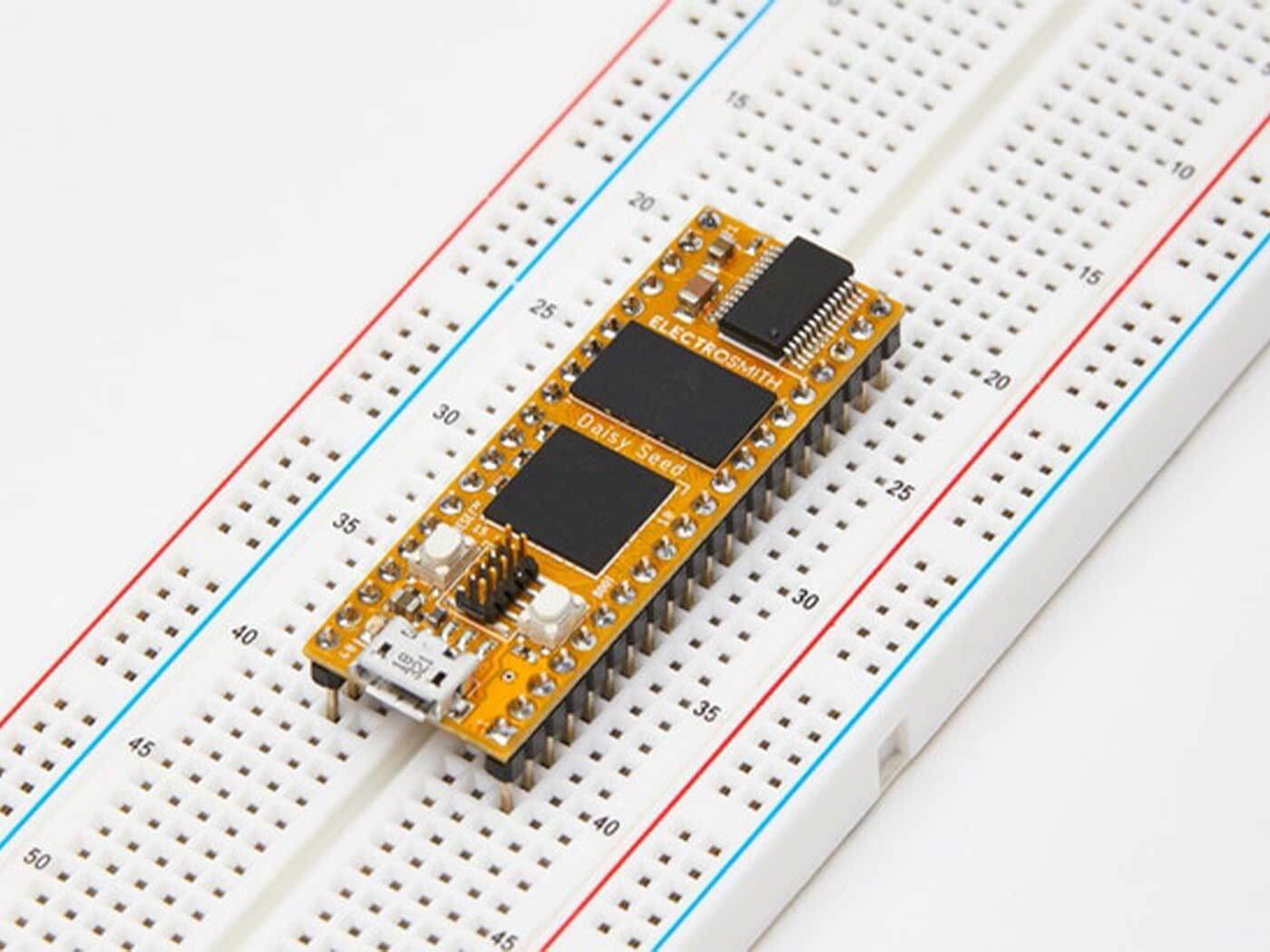 It seems to be a good week for Kickstarter projects; just yesterday we saw MOD Dwarf reach its Kickstarter target in one day, and now Daisy has rocketed past its funding goal in 17 hours. Although Daisy may look small and unassuming, its potential is vast and “endless”, Electrosmith says.

You can set up Daisy as a desktop synth, a Eurorack module, a guitar pedal, or use Daisy on a breakout board or breadboard. The open-source device on its own measures 18mm x 51mm, but offers 192kHz, 24bit stereo audio, and 32bit floating point DSP processing. The metal audio drivers allow for small buffers and latency under 1m, and has 64MB SDRAM – enough for a 10-minute audio buffer.

Thanks to the built-in micro USB port, along with additional pins for a second port, Daisy can become any USB device you need for your music rig. You can build an audio interface, MIDI controller, sample player and more. Daisy supports coding languages from Arduino, Max/MSP, Python, Pure Data and C++.

Electrosmith have created four Daisy-powered devices, available as a Reward after pledging a certain amount.

Electrosmith envision Daisy being used for more than just music-making. It can be used in computer science to translate a concept of a sound into something that a computer can understand. In the world of testing equipment, Daisy can be used to host oscilloscopes, multimeters, spectrum analysers and more to observe sound. Daisy can even be used to teach children basic coding.

With a price tag starting at $29, Daisy could be considerably cheaper than other development boards currently on the market.