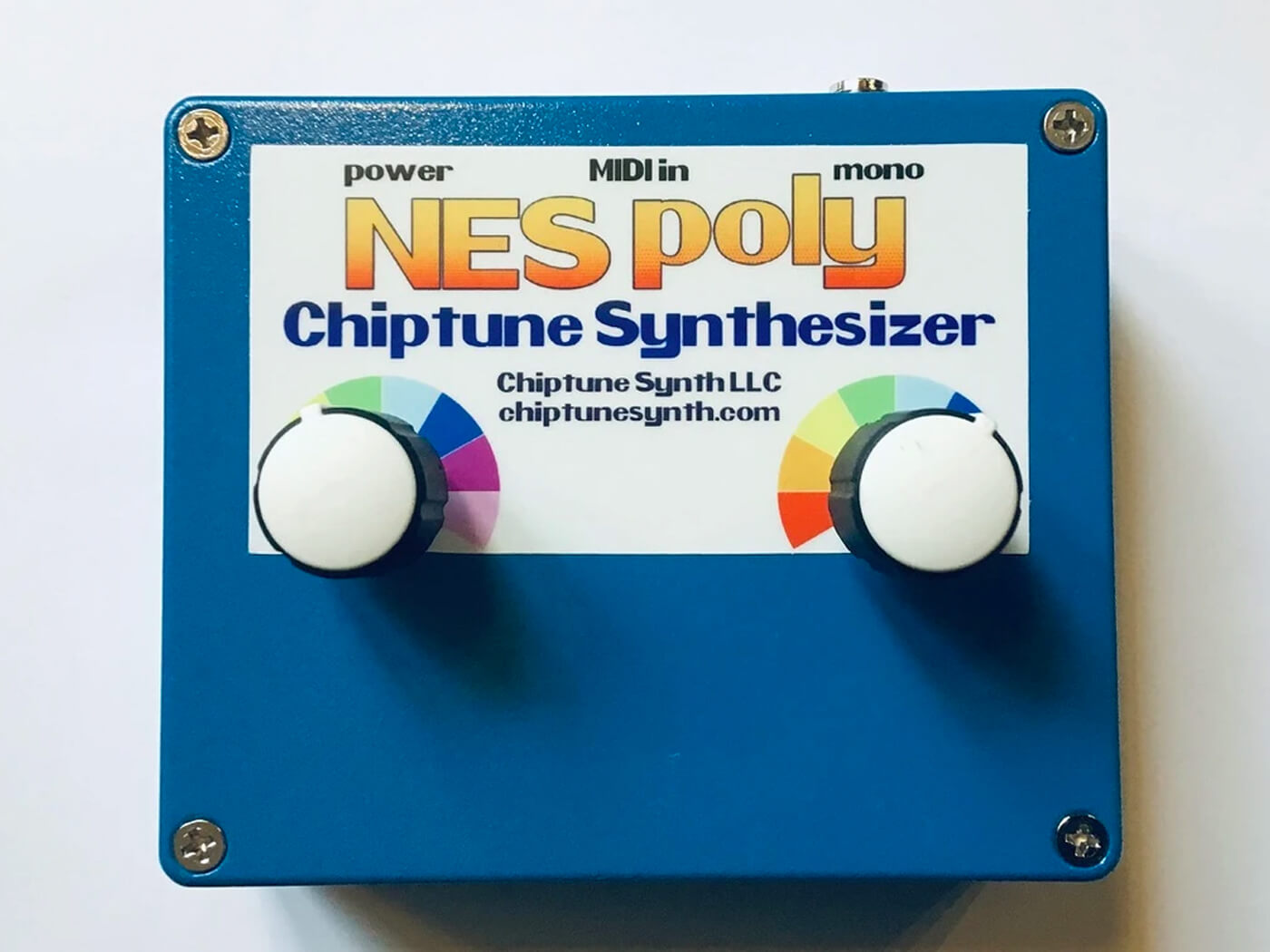 A Kickstarter campaign for the NES Poly, a hardware synth from Chiptune Synth LLC, is underway. As its name suggests, the device is a four-voiced polyphonic chiptune synth that emulates the classic sounds of the Nintendo Entertainment System.

At the core of the device is a DSP chip and analogue signal path that closely follows that of the original video game console’s for authenticity. This is the latest iteration of the Arcano NES synth, which originally launched via Kickstarter in 2015.

You can choose from eight waveform settings and eight preset sound parameter settings for a total of 64 preset patches. It’s also possible to design your own custom sounds by editing the 16 sound parameters through MIDI CC messages.

As for I/O, the NES Poly offers a MIDI DIN input, a 1/4” TS output, and a USB Type-B connector for powering the device. Take a listen to the device in action below:

Chiptune Synth LLC has set their Kickstarter campaign goal for the NES Poly at $3,000 by 10 September. The lowest Kickstarter pledge that includes the device is priced at $239.