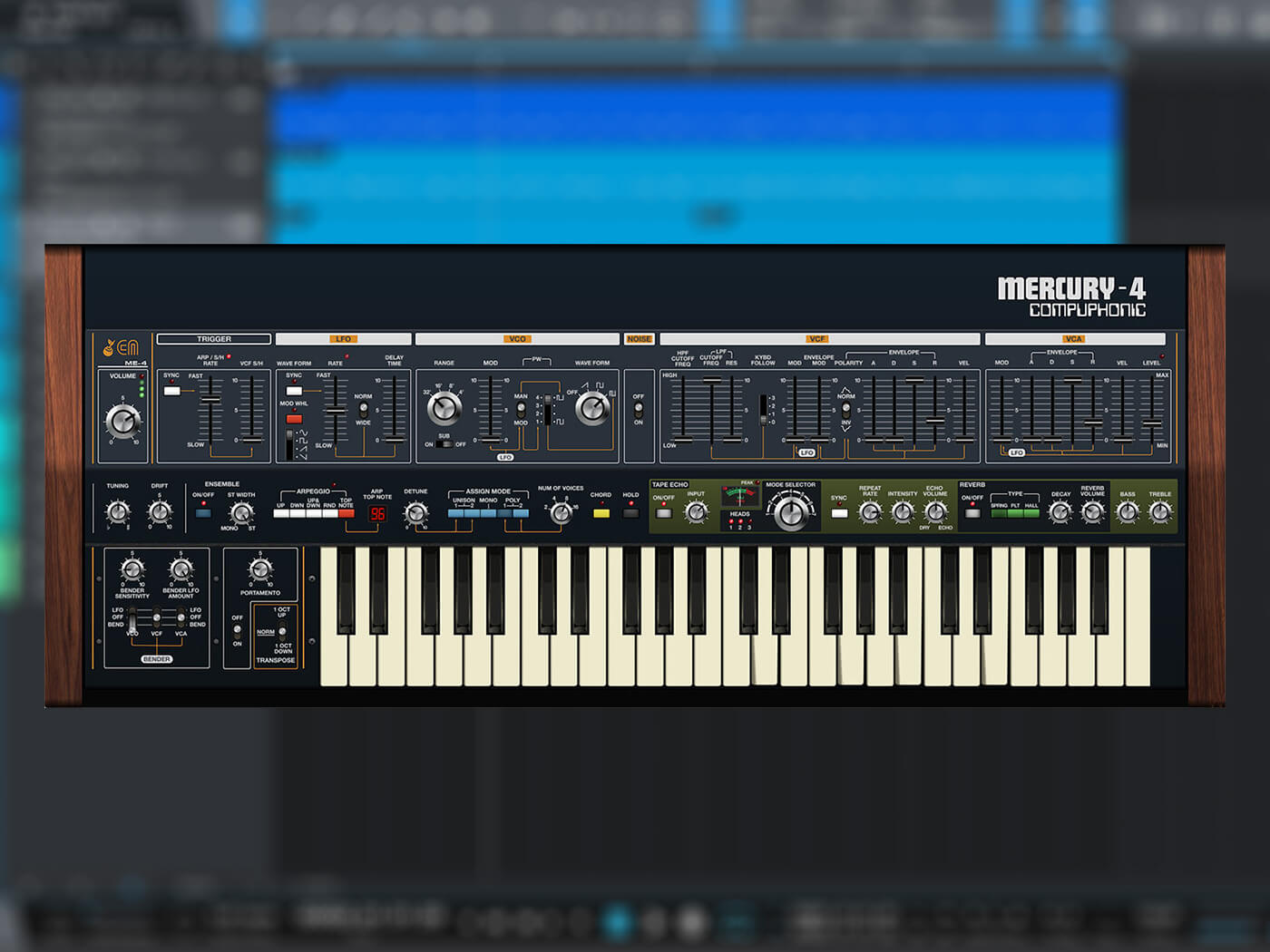 Cherry Audio has released Mercury-4, an affordable software emulation of Roland’s classic Jupiter-4. Specifically, the plug-in is based on a Jupiter-4 owned by Greg Hawkes of 80s new wave band The Cars.

According to Cherry Audio, the Mercury-4 replicates all the nuances of the Jupiter-4, thanks to precise modelling of Hawkes’ synth. However, there are some new additions in this modern recreation. Namely, the Mercury-4 boasts 16-voice polyphony, as opposed to the Jupiter’s four individual voices, MPE support and an expanded preset bank.

Mercury-4 boasts 400 presets created by esteemed sound designers, with the ability to save an “infinite amount of patches”, the developer says. These patches can provide a useful starting point for getting to grips with the synth’s oscillator and sub-oscillator, high-pass and low-pass filter with powerful low-frequency resonance, and wide-range LFO with inverted modulation characteristics.

Elsewhere, the Jupiter-4’s arpeggio section has been replicated in the Mercury-4 with tempo sync to stay in time with your DAW’s tempo. Cherry Audio states there is also a “warm and organic” tape echo with multiple reverb modes. For more analogue-style characteristics, you can deploy the drift control, detunable unison mode and the accurately emulated stereo ensemble effect.

Hawkes’ played the Jupiter-4 on The Cars double-platinum 1981 album Shake It Up. Hawkes says that Cherry Audio’s Mercury-4 “sounds just like my old Jupiter! It’s nice to have it back.”

Cherry Audio’s Mercury-4 is available now in AU, VST, VST3, AAX and standalone formats for macOS and Windows. A 30-day trial is available, and you can purchase it for an introductory price of $39, moving up to $59 in due course.