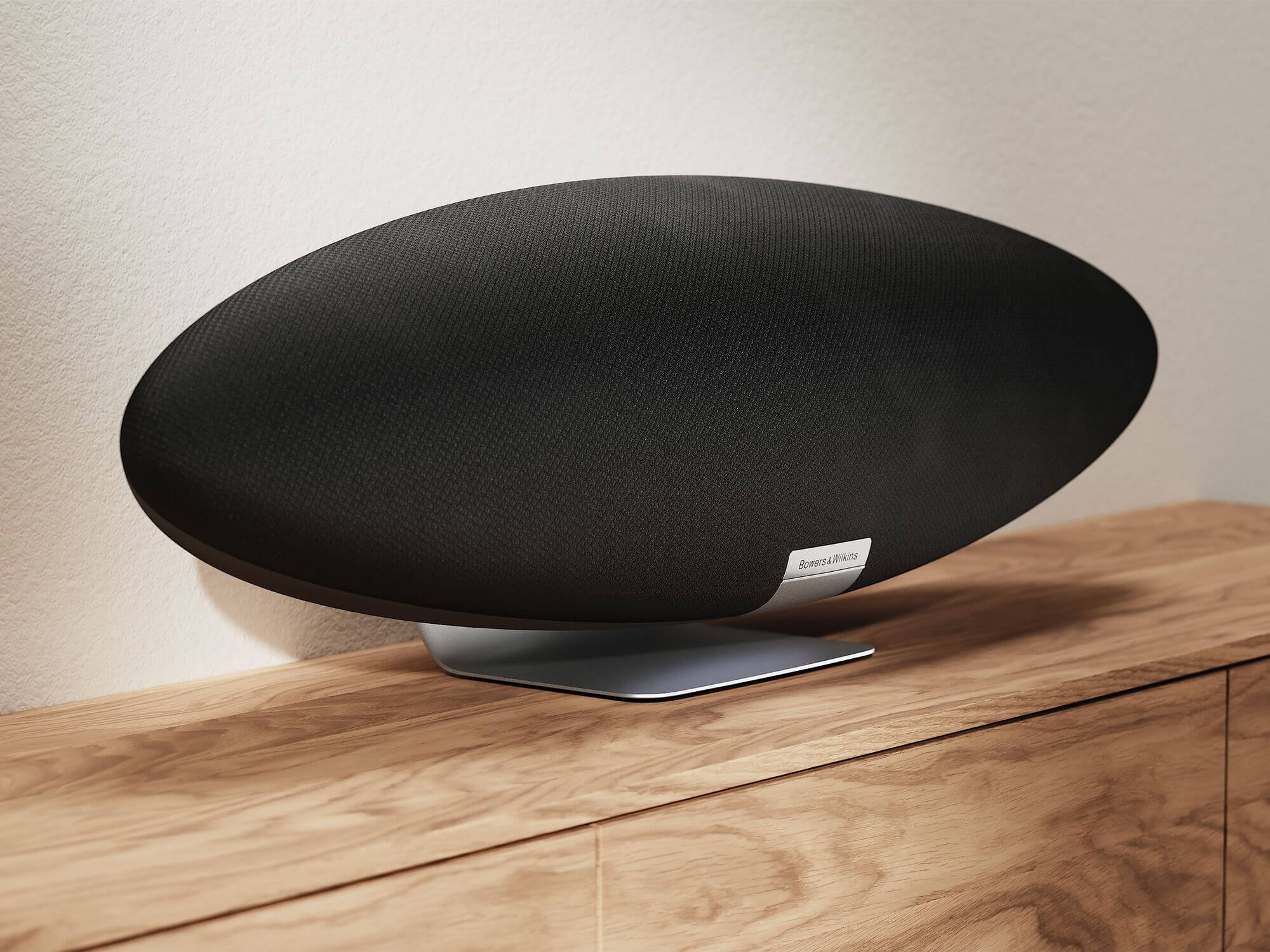 Bowers & Wilkins has announced a new iteration of its iconic Zeppelin speaker with upgrades to sound performance, a fresh design and new smart features.

First introduced in 2007 as the ultimate iPod dock, the Zeppelin returns in 2021 and this time, it will go fully wireless. The new Zeppelin will support Apple AirPlay 2, AAC and Qualcomm AptX Adaptive bluetooth codecs and Spotify Connect. Users who prefer hands-free operation can make use of the built-in Alexa for voice control of your music.

Reimagined for the streaming age, the new Zeppelin can also be controlled via the Bowers & Wilkins Music App, which gives instant access to a host of streaming services including Deezer, Last.fm, Qobuz, Soundcloud, TIDAL and TuneIn. Besides the physical playback buttons, the speaker now includes a switchable, dimmable ambient lighting that creates a ‘halo’ effect on its metal pedestal stand.

On the inside, the new Zeppelin features a pair of double-dome tweeters and two midrange drivers around a central subwoofer. When combined with 240W of amplification, the result is “room-filling stereo sound no single box rival can match”. The British brand also claims that the Zeppelin’s “high-resolution sound is more detailed and dynamic than ever”.

According to Bowers & Wilkins, the Zeppelin’s digital ‘brain’ can be upgraded over time, with multi-room capability planned for introduction in early 2022. This will allow for pairing with other new Zeppelins as well as with Bowers & Wilkins’ Formation range of high-resolution wireless speakers.

Available in pearl grey (light) or midnight grey (dark) and priced at $799, the 2021 Zeppelin is currently available for sale at the Bowers & Wilkins website.