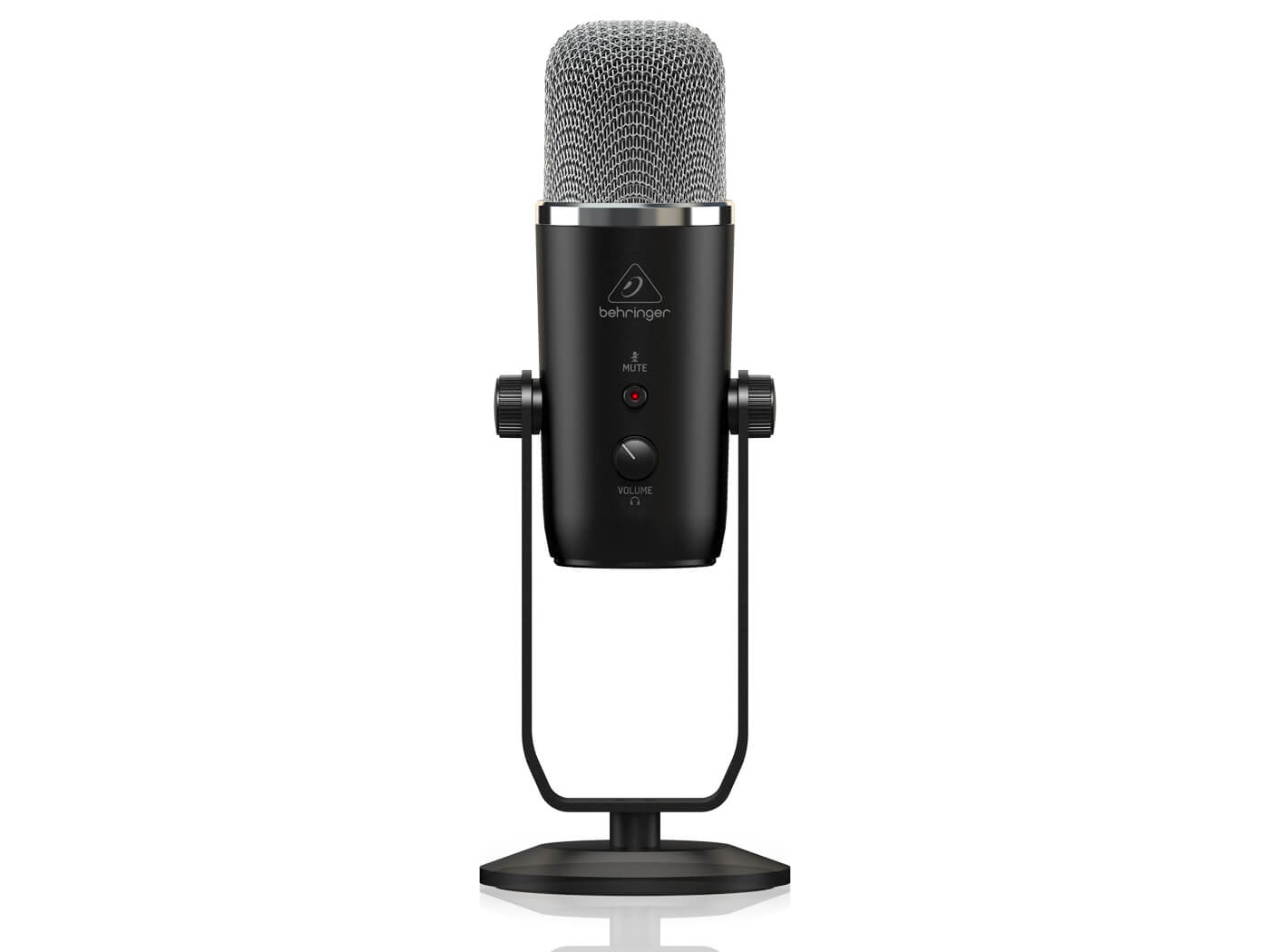 Behringer has announced the Bigfoot microphone, a USB condenser aimed at podcasters with a very similar spec sheet – and name – to the world’s number-one USB mic, Blue Microphones’ Yeti.

The Bigfoot features three-capsules and a selection of four pickup patterns, which include stereo, cardioid, omni-directional and bi-directional modes.

For simplified monitoring, you can connect your headphones directly to the microphone with a 3.5mm audio jack, and set your levels with a volume control knob. There’s also a quick access mute switch, which could be handy for livestreaming, like the Yeti.

As the microphone is aimed as a straightforward recording device for those who don’t want to fuss with an audio interface or XLR cables, the Bigfoot is plug-and-play, meaning you don’t need additional drivers to get started. However, if you want, you can further optimise PC audio with the additional download of the ASIO driver from Behringer’s website.

Like the Yeti, the Bigfoot also records up to a bit depth of 24-bit, and a sample rate of 48kHz.

Pricing and availability for the Bigfoot are yet to be announced, but given Behringer’s past form, and Bigfoot’s similar specs and build, we’d be amazed if it didn’t undercut the Yeti’s already affordable $129.99.