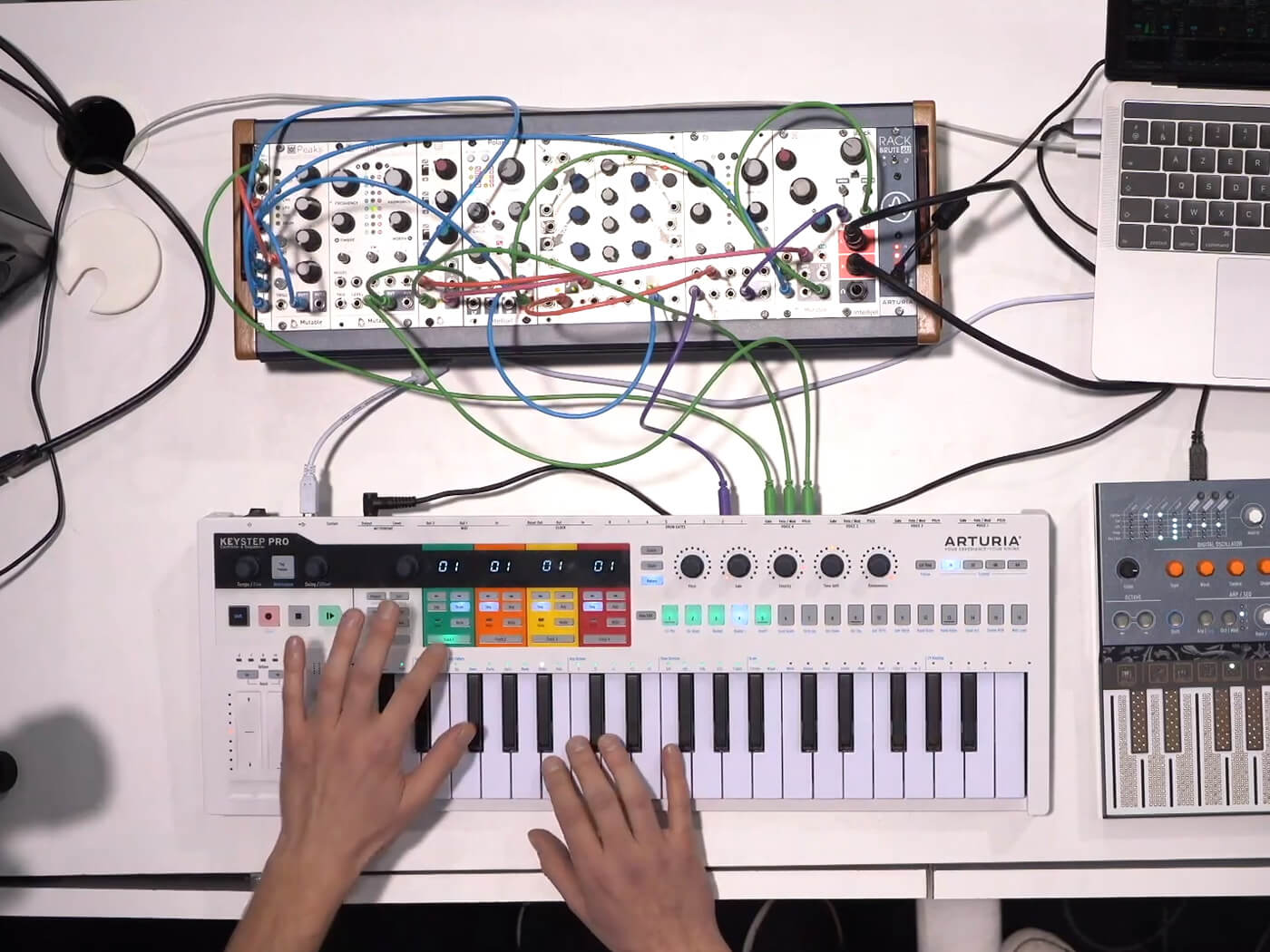 Arturia has updated the firmware of Gear of The Year-winning MIDI controller, KeyStep Pro, to version 2.0. The update introduces new features requested by users and builds on the performance tools onboard the device.

Global transpose comes to KeyStep Pro, allowing users to transpose several melodic parts simultaneously. A new global value offset can also be used to manipulate steps in a selected pattern, altering the offset of one of the five main controls.

KeyStep Pro’s Mono Mode has been refined for a smoother experience and the MIDI Out 2 port can be switched to MIDI Thru mode. Various other workflow and user experiences improvements have been implemented to bolster performance, functionality and ease-of-use, according to Arturia.

Producer XL.IKS took the KeyStep Pro 2.0 update for a spin, exhibiting its new features in a video for Arturia, which you can view below.

Last year, we awarded the KeyStep Pro a 9/10 in our review. We said: “The KeyStep Pro is clearly a very capable device. It can control your CV/gate devices, while providing velocity control of anything that accepts a CV input within your rig via an additional CV output per channel. It plays nicely under synchronisation, providing clocks outward and inbound over MIDI, USB and through Eurorack compliant clocks, which can also be divided onboard. It does everything you’d want it to – and in a remarkably accessible way.”