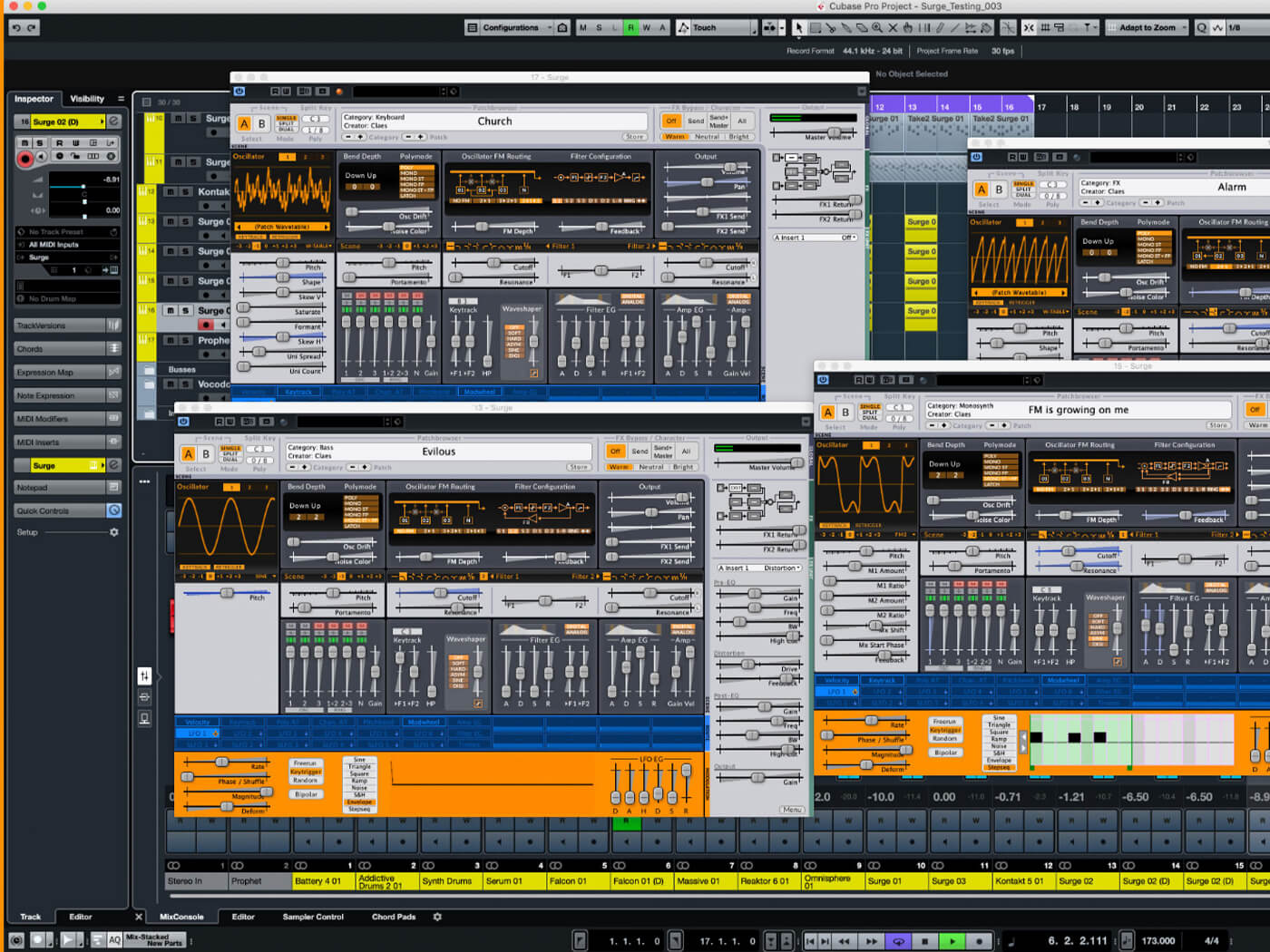 Used by the likes of Roger Linn, Surge is a freeware, open-source software synth that was previously a paid product until 2019. With a recent update, Surge 1.7.0 adds some improvements that could place it as one of the more capable freeware synths.

Surge’s effects have been enhanced with Reverb 2, a reverb based on all-pass filters and delays; a flanger with extreme tuning and feedback options; Ring modulator with a choice of carrier waves; and Rotary Speaker, which models the iconic Leslie Rotary cabinet.

In the oscillator section, Surge’s sine oscillator has become a mini-synth with more quadrant waveforms, a unison mode, built-in low- and high-pass filters, an extended feedback range and negative feedback which is capable of creating square-like waveforms. New filters have been integrated into Window, S&H and Audio Input oscillators, plus you can route the output of Scene A into Scene B and blend it with the audio input. FM2/3 can also have negative feedback in new instances.

LFOs can now trigger filter and amplitude envelopes, with the option to deactivate the rate of each LFO, which sets it at a constant value. The step sequencer’s GUI has been updated to show vector rendering, a truer representation of the curve and value displays, plus added ramp drawing options. Substantial improvements to portamento have also been implemented.

Surge now has a new skin engine, with a dark skin available and swappable assets to author your own skin in the future. The synth builds on Linux ARM platforms from source and is available as a VST2, VST and AU for macOS, Windows and Linux.

The full list of improvements is on the Surge website, but this certainly is enough new features to at least make you consider downloading it and trying it out for yourself.

Find out more at surge-synthesizer.github.io