Yamaha unveiled the Disklavier ENSPIRE earlier this year and at Prolight + Sound they’re showcasing the amazing capabilities of the model. This is the eight generation of the range that offer an immersive new user experience as well as exciting new ways to listen, learn and play. Read on for more… Press Release For more […] 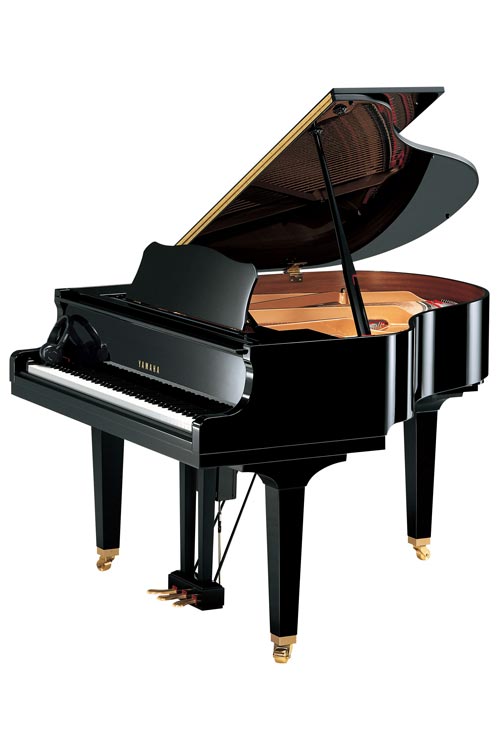 Yamaha unveiled the Disklavier ENSPIRE earlier this year and at Prolight + Sound they’re showcasing the amazing capabilities of the model. This is the eight generation of the range that offer an immersive new user experience as well as exciting new ways to listen, learn and play. Read on for more…

For more than 25 years, the Yamaha Disklavier has earned a stellar reputation for being the most popular, most reliable and most award-winning reproducing piano in the world.

Introducing Disklavier ENSPIRE, the eighth generation of Disklavier pianos that offers an immersive new user experience, as well as exciting new ways to listen, learn and play the most advanced instrument on the market today.

This is the company’s most ambitious launch to date for its “piano of unlimited potential”. With 2 system variations (ST and PRO) spanning a wide range of models from 121cm uprights to a 275cm concert grand, Yamaha is giving consumers more options to enjoy this innovative instrument.
Replacing the popular E3 series, Disklavier ENSPIRE retains its category-leading position as the only fully-integrated and most accurate high-resolution reproducing piano system available.

A new streamlined design eliminates the control box of previous generations, while an intuitive app enables Disklavier ENSPIRE to be controlled seamlessly by Apple® iOS and Android™ devices, as well as PCs and Macs.

The easy-to-use and intuitive controller app provides direct access to 500 built-in songs and over 6,000 performances that can be downloaded directly to the instrument from the Yamaha MusicSoft online store. Exclusive high-quality streaming radio services available.

Users can now listen to unique stereo ensemble recordings with piano performances from the largest and most recognized artist roster in the world, including “The New Cool” (Bob James & Nathan East); “Angel” and “I Will Remember You” (Sarah McLachlan); “Gran Torino” (Jamie Cullum) and “Reverie” (Frederic Chiu).

Solo piano connoisseurs will appreciate the instrument’s unprecedented high- resolution recording and playback accuracy – greater than all other systems. The instrument possesses an integrated DSP servo drive system that monitors key, hammer and pedal movement and automatically adjusts in real-time to ensure accurate performance reproduction. This means that the Disklavier ENSPIRE can recreate the subtlest nuances of a performance – from the softest pianissimo passages right through to the thunderous fortissimos – just as the original artist intended.

“Disklavier ENSPIRE connects the piano music lover with the instrument like never before, and brings the entertainment experience to the highest level imaginable,” said Leanne Barrell, Piano Marketing and Promotions Manager – UK. “These instruments offer more features, functions and high quality content, and have the most accurate recording and playback capabilities. This is why ENSPIRE will continue to build on the Disklavier’s reputation as the market leader.”

Yamaha has defined the touch and tone of concert-quality instruments for more than 100 years, having the most performed on, recorded and filmed pianos in history. The company manufactures some of the world’s most reliable, sought after pianos found on world renown concert stages, in the most respected academic institutions and in top recording studios.

Yamaha has sold more Disklavier pianos worldwide than any other modern day reproducing piano manufacturer, and the instrument has been embraced by top schools worldwide for its unmatched educational and distance learning capabilities.