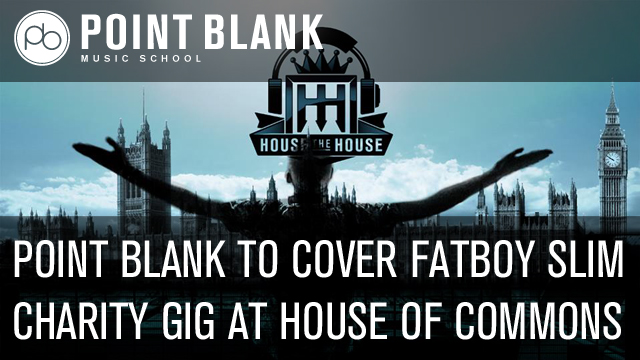 The ‘House The House’ event has been organised by the Last Night A DJ Saved My Life charity and will feature a DJ set from Fatboy Slim and competition winner Bryce Fury. This will be the first time a DJ has ever performed within the House of Commons. The iconic British DJ and producer will be the support act for the lucky winner of House The House and the gig will be held at the terrace bar.

Fatboy Slim said, “I’ve played some exciting and unique places around the world from Bondi Beach to The Great Wall of China to an Igloo but playing in the House of Commons might be the most unique to date. I’m a proud supporter of Last Night A DJ Saved My Life and the work that it’s doing with House The House. Music is a huge part of my life and to give something back in this way is amazing.

Supported by and Hove and Portslade MP Mike Weatherley, House The House is a new charitable parliamentary initiative which aims to inspire the dance community to champion real change in communities.

More info about this special event and the charity can be found at their website  This looks set to be an exciting and innovative gig! So make sure you’re tuned into Point Blank’s YouTube channel later this week to see footage of Fatboy Slim and Bryce Fury making history!

UPDATE 06/03/13 :   We’ve been informed today that this event will no longer be streaming live on Wednesday but will instead be viewable at a later date on Point Blank’s YouTube channel