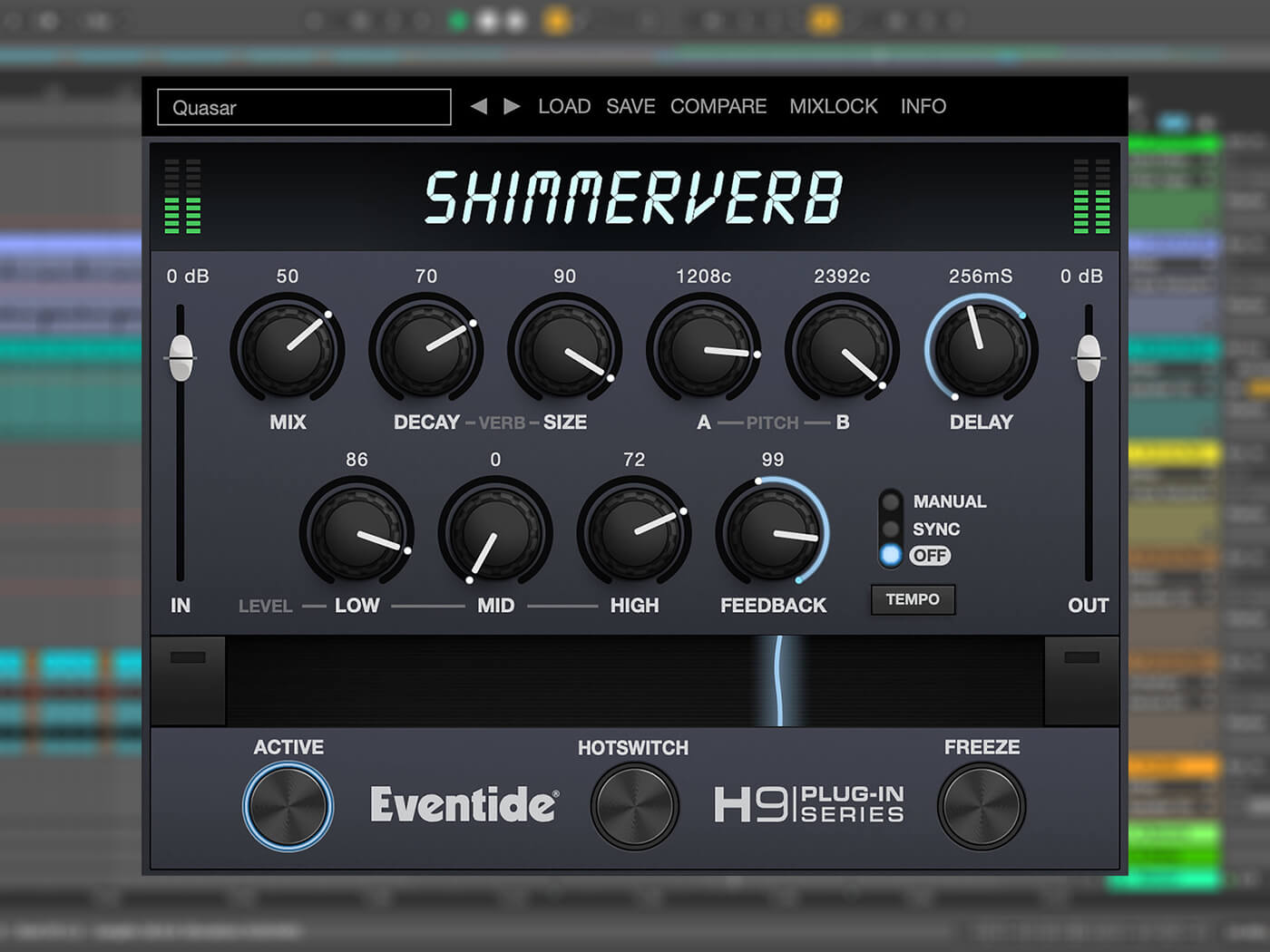 Continuing to translate effects from its coveted hardware devices into software plug-ins, Eventide has released ShimmerVerb. The plug-in is built on a technique that was used by owners of H910, H949 and H3000 rack-mount units – combining pitch-shifters with reverbs to create a shimmering effect on instruments. This effect can be heard most notably on U2’s The Unforgettable Fire.

ShimmerVerb features parallel pitch-shifters on the reverb tail that deliver “perfect fourth, fifth and octave shifts within a full range of four octaves of pitch-shifting” according to Eventide. This allows you to harness the well-loved shimmering sound and apply a dreamy atmosphere to guitars, keys, synths, samples, vocals and more. MicroPitch tuning is also available to achieve perfect intervals and pitched signals can be delayed up to one second or synchronised to your DAW tempo.

As with its other plug-ins, Eventide’s ShimmerVerb has some quirky sound design features, including the ability to infinitely feedback the signal, giving you “cascading reverbs that smear into oblivion”, the brand says. This can also be fine-tuned by specifying which frequencies you wish to feedback through the low, mid and high cross-over network.

Eventide’s proprietary Ribbon macro is also built into the plug-in, allowing you to transform ShimmerVerb between two different settings. This can be easily configured with a MIDI controller too, making it a great tool for performance. There’s also a HotSwitch which rapidly recalls another state of parameters within the same preset, which can be useful in changing octaves, bypassing pitch shifters and more. Finally, the Freeze button allows users to make smeared textures out of single voices, full pads, or percussive elements resulting in metallic shimmers.

ShimmerVerb for Mac and PC supports VST, AAX, and AU plug-in formats and is available at an introductory price of $39 until 8 September 2020 moving up to $99 thereafter. The iOS version of ShimmerVerb, which works as a standalone app, AudioUnit v3 plug-in, or Inter-App Audio effect, is priced at $15, with a special intro price of $10 through until 10 September 2020.

Find out more at eventideaudio.com