Eventide brings Crystal Echoes to your DAW and iOS devices

The H300 Harmonizer effect plug-in can create a whirlwind of pitched delays and reverbs. 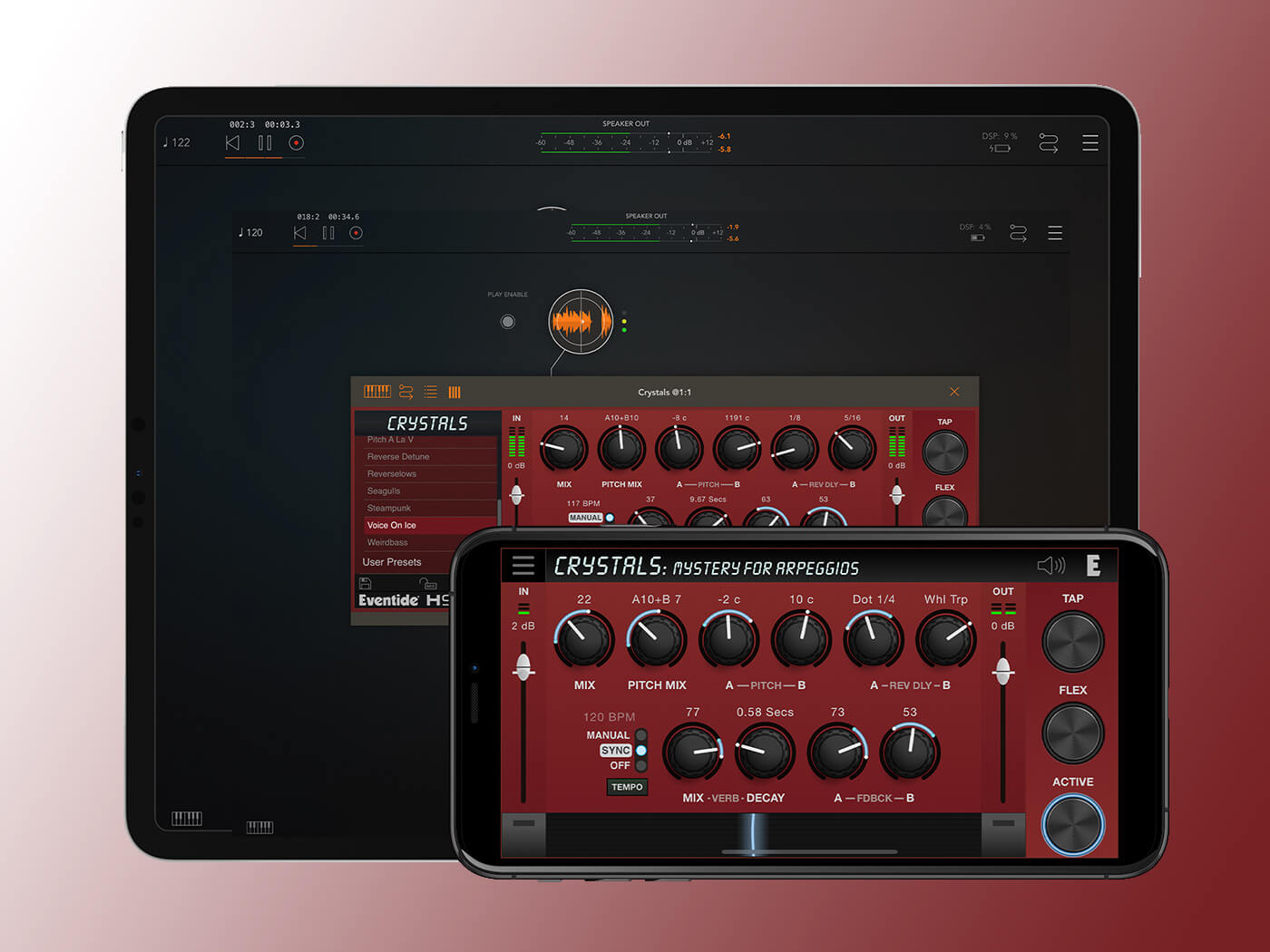 Referred to by some audio fanatics as the “holy grail of multi-effects units”, the Eventide H3000 has featured on music from Eric Clapton through to Meek Mill. Crystals brings an iconic effect from the H3000 Harmonizer – Crystal Echoes – to your PC, Mac and iOS devices, combining twin reverse pitch shifters with reverse delays and reverb.

Eventide Crystals has two reverse granular delays with control over length and pitch, giving you the power to create intriguing spatial effects and warped pitched delays. Designed to take your synths, guitars and vocals into new dimensions, Eventide says “Crystals will spark inspiration”, regardless of the application.

The plug-in’s pitch-shifting abilities make for quick manipulation to vocals, drum hits and more with a four-octave range – two octaves down to two octaves up. Crystals’ delay times can be set to as long as four seconds per voice, with high feedback for use as an ambient looper – or make the effect sound musical with micro-pitching on each voice. If you need some extra space, the reverb boasts 100 seconds of decay for long, drawn-out sounds.

Eventide’s proprietary Ribbon control will allow you to sweep Crystal’s effect between two different settings of any combination of controls. Preset selection is facilitated by the Mix Lock function, keeping the wet-dry mix constant while looking for your next preset. Flex will shift both voices up an octave with the push of a button for quick experimentation. See it in action below.

Eventide will host a special live demo on Tuesday 9 June at 1 pm EDT on YouTube, followed by a live ‘Quarantide’ session on Friday 12 June at 4pm EDT on its Facebook page and YouTube channel.

Crystals for Mac and PC supports VST, AAX, and AU plug-in protocols for compatibility with every DAW.

Crystals is available for an introductory price of $39 through July 5. Get it now from pluginboutique.com

The iOS version of Crystals is priced at $15, with a special intro price of $10 through June 14. Find out more at etide.io.