Editors Keys Team Up with MusicTech For Bundle Bonanza! 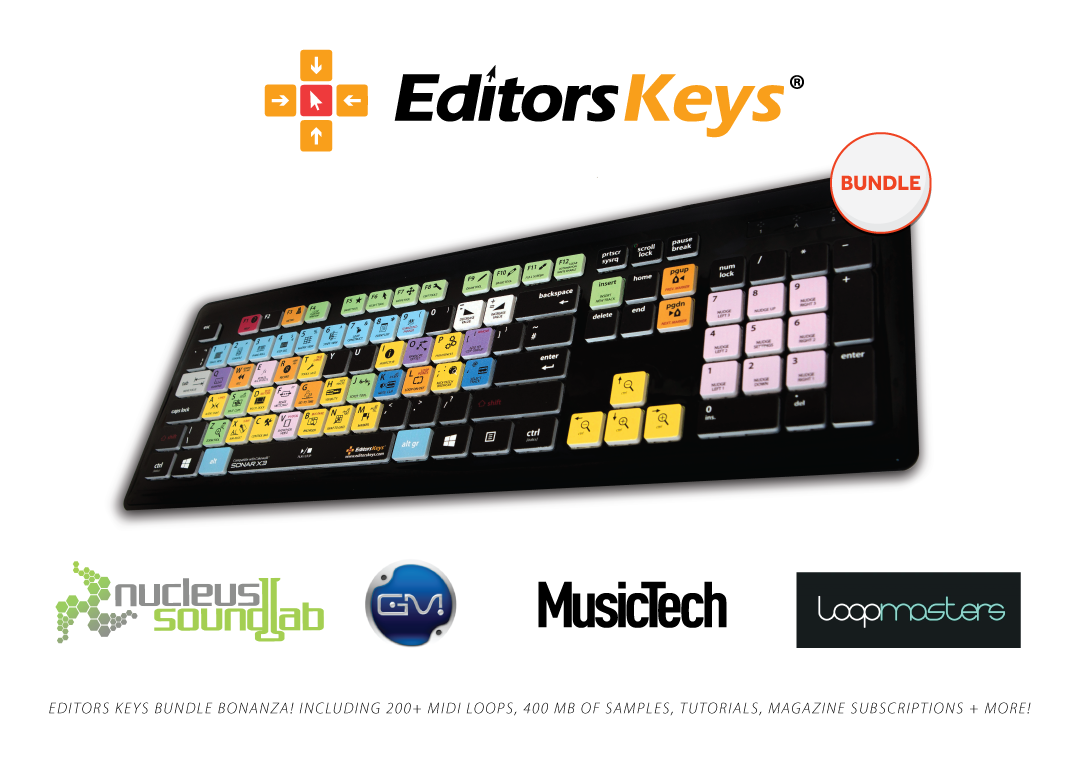 We’ve teamed up with Editors Keys to celebrate the launch of their brand new backlit Sonar and Reason keyboards. Along with LoopMasters, Groove Monkee and Nucleus SoundLab. The new promotional bundle includes loops, tutorials and issues of MusicTech!

Read on for more info…

Wednesday 1st July 2015 – To celebrate the launch of the brand new Editors Keys backlit keyboards for Cakewalk Sonar and Propellerhead Reason, Editors Keys have teamed up with MusicTech, LoopMasters, Groove Monkee and Nucleus SoundLab. The promotional bundle worth over $100 includes music loops, video tutorials and magazine issues. The bundle will become automatically eligible for all customers who purchase either the new Sonar or Reason backlit keyboard.

The bundle will contain 200 midi loops, access to 400MB to samples and loops and the Zampler plugin courtesy of LoopMasters. Alongside this you will be offered a free Reason tutorial and a digital voucher with training material supplied by leading music magazine; MusicTech.

The new backlit keyboards contain over 100 shortcuts and can speed up the editing process by up to 40%. Editors Keys created the world’s first backlit editing keyboard after a successful Kickstarter campaign last year which saw the funding target exceed over 200%. The keyboard has also been backed by health professionals at Optical Express, as the keyboard eases eye strain; which is a common problem with editors worldwide.

The keyboard which is already seen as great value is now even more appealing to music producers worldwide with the promotional bundle offered and the value of the deals included.

The promotional bundle will also be available to existing customers, which Editors Keys sees as a great way of rewarding their loyal customers.