Hot on the heels of their remarkable iD14 interface, Audient have now released the iD4, the latest bus-powered audio interface aimed at singer-songwriters and mobile recordists. The interface boasts a plethora of features. Those features include the brand-specific console mic pre, AD converters, dual headphone outputs and Audient’s scroll wheel technology. It’s a box packed […] 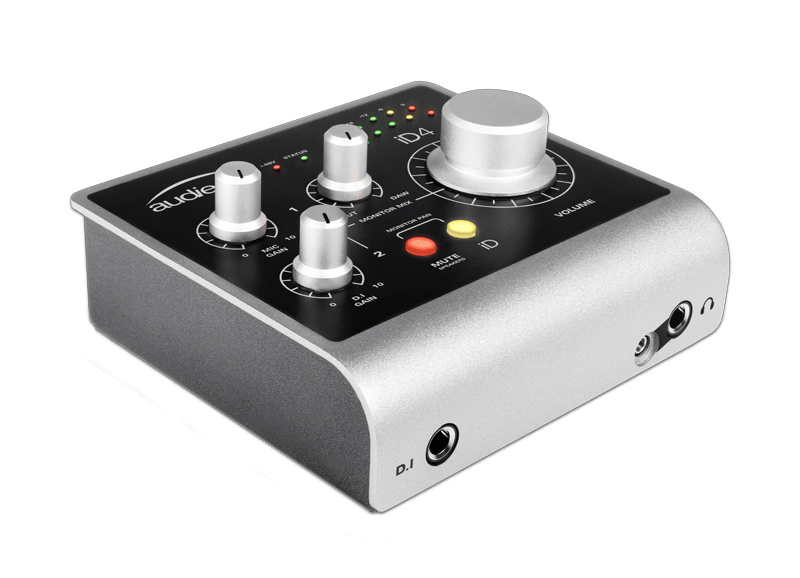 Hot on the heels of their remarkable iD14 interface, Audient have now released the iD4, the latest bus-powered audio interface aimed at singer-songwriters and mobile recordists. The interface boasts a plethora of features.

Those features include the brand-specific console mic pre, AD converters, dual headphone outputs and Audient’s scroll wheel technology. It’s a box packed with all you need to get yourself recording quickly. Read on for more…

Following on from the success of the iD14, Audient is proud to announce iD4 a compact and affordable bus-powered audio interface, perfect for singer songwriters and on-the-go producers. With a view to maintaining the quality expected of Audient, iD4 is packed with features, including one renowned Audient console mic pre, pristine AD converters, a JFET D.I, dual headphone outputs, console-style monitor control and Audient’s virtual scroll wheel technology, ‘ScrollControl’, all housed in compact, ergonomic, solid steel and aluminium casing.

“iD4 puts Audient’s renowned sound into the hands of budding producers as well as singer songwriters wanting release-quality recordings from the start,” says Audient’s technical director, Tom Waterman. “Even when you only need one mic pre, you still get to use the same Class-A mic pre technology found in our flagship ASP8024 Heritage Edition mixing console, so you know you’re getting an accurate translation of your source.

Alongside superlative quality at its price point, the beauty of iD4 is how simple it is to use,” he continues, highlighting the ‘ScrollControl’ facility. “With a touch of a button the volume encoder becomes a virtual scroll wheel, which means you can use the iD knob to manually adjust DAW hosts, plug-in parameters, write automation and even scroll through your iTunes library – just like you’re using a piece of hardware! 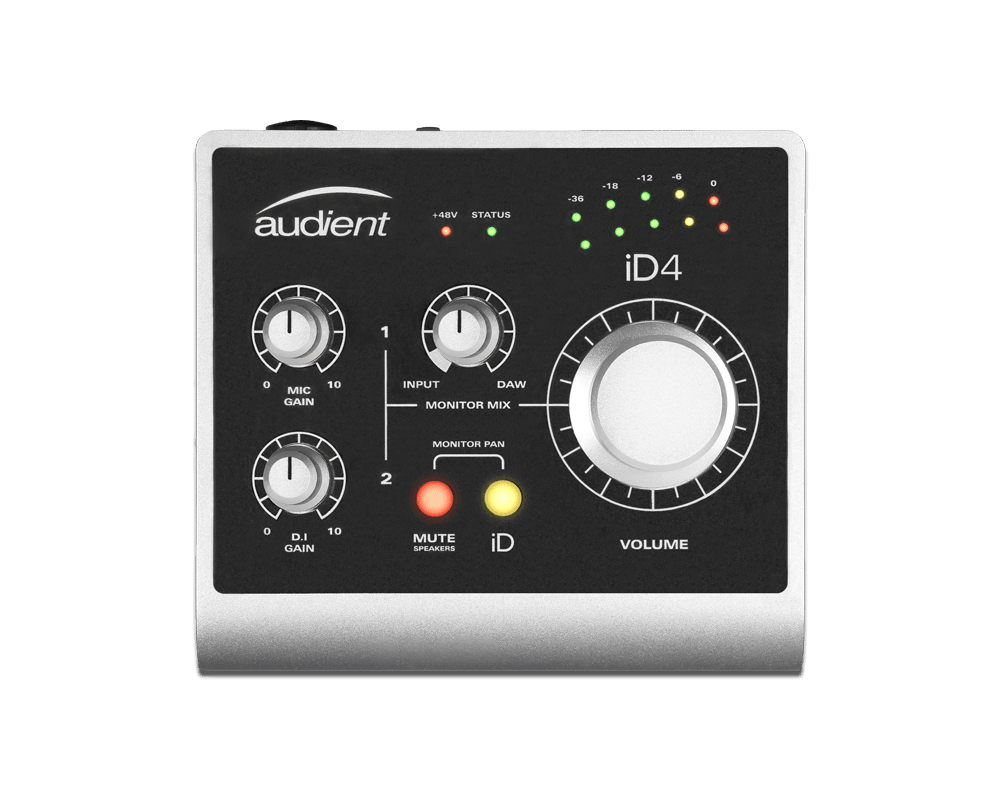 “You can just plug in and play too, “ adds Waterman. The harmonically rich JFET instrument input is inspired by the input stage of a classic valve amp, allowing users to plug in their guitar, bass, keyboard or drum machine and start recording instantly with great tone. “Having both a mic pre and a D.I lets you lay down ideas quickly – whenever they come to you, wherever you happen to be.”

iD4 comes with two brand new features designed to make the recording process even easier for users:Monitor Mix and Monitor Pan. “The Monitor Mix feature lets you monitor a blend of both iD4s inputs and your DAW playback, providing near-zero latency monitoring whilst recording,” explains Waterman. “Also, if you’re recording an acoustic guitar and vocal, the Monitor Pan feature enables you to pan both the mic pre input and D.I input from left to right, making it easy to create a balanced headphone mix that suits.” 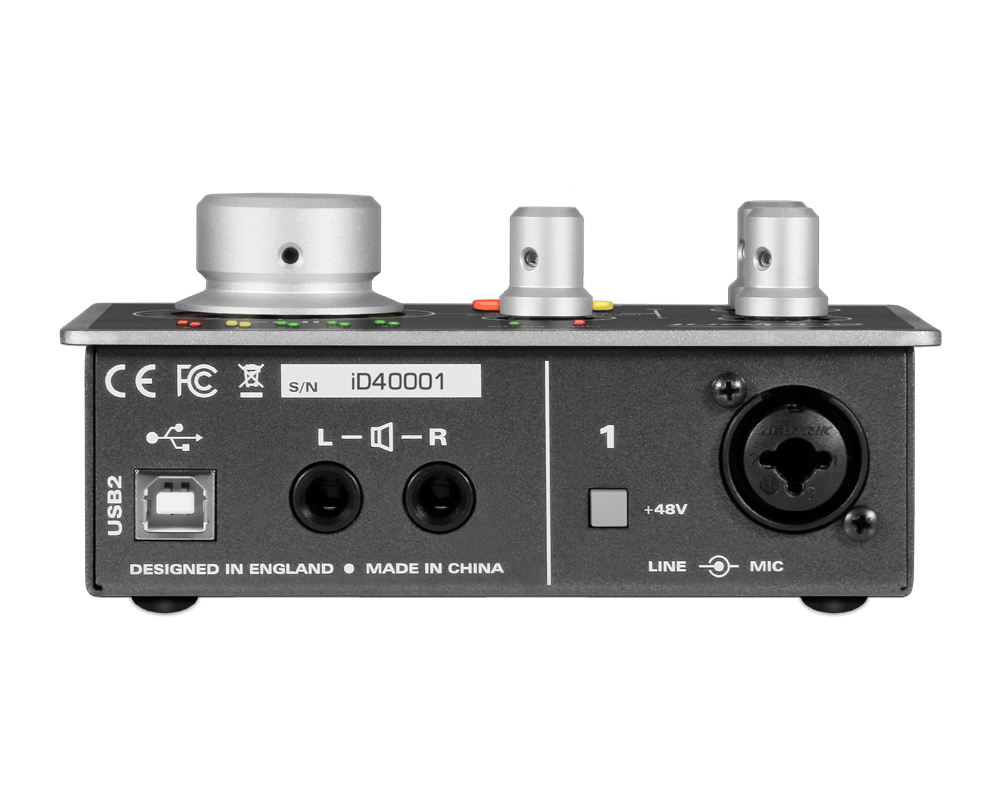 iD4 features a Class-A/B headphone amplifier with dual outputs. “This allows you to use them in a classroom as independent teacher – student outputs, share the music with a friend or bandmate, or just use either one depending on the last time you lost your large headphone jack adapter! Let’s face it, we’ve all been there!” he adds, great news for those who want to get creative together.

Describing the quality of components as well as its all-metal construction, Waterman concludes, “It might be the smallest audio interface we’ve made, but it’s definitely built to last.”