Arturia announces that AudioFuse is on its way to a retailer near you!

After almost three long years of waiting Arturia have announced that AudioFuse, their debut audio interface, is on its way to a retailer near you… We’ll let Arturia take centre stage to tell you all about it. Grenoble, France, June 8, 2017 AudioFuse now shipping After a long period of rigorous testing and refining, AudioFuse […]

After almost three long years of waiting Arturia have announced that AudioFuse, their debut audio interface, is on its way to a retailer near you…

We’ll let Arturia take centre stage to tell you all about it.

After a long period of rigorous testing and refining, AudioFuse is now ready to greet the global community of musicians, producers, engineers, and audiophiles. The first units are expected to arrive mid-June, 2017.

It’s been a long, rewarding journey getting to this point, and the team at Arturia are sure you’ll have some questions: 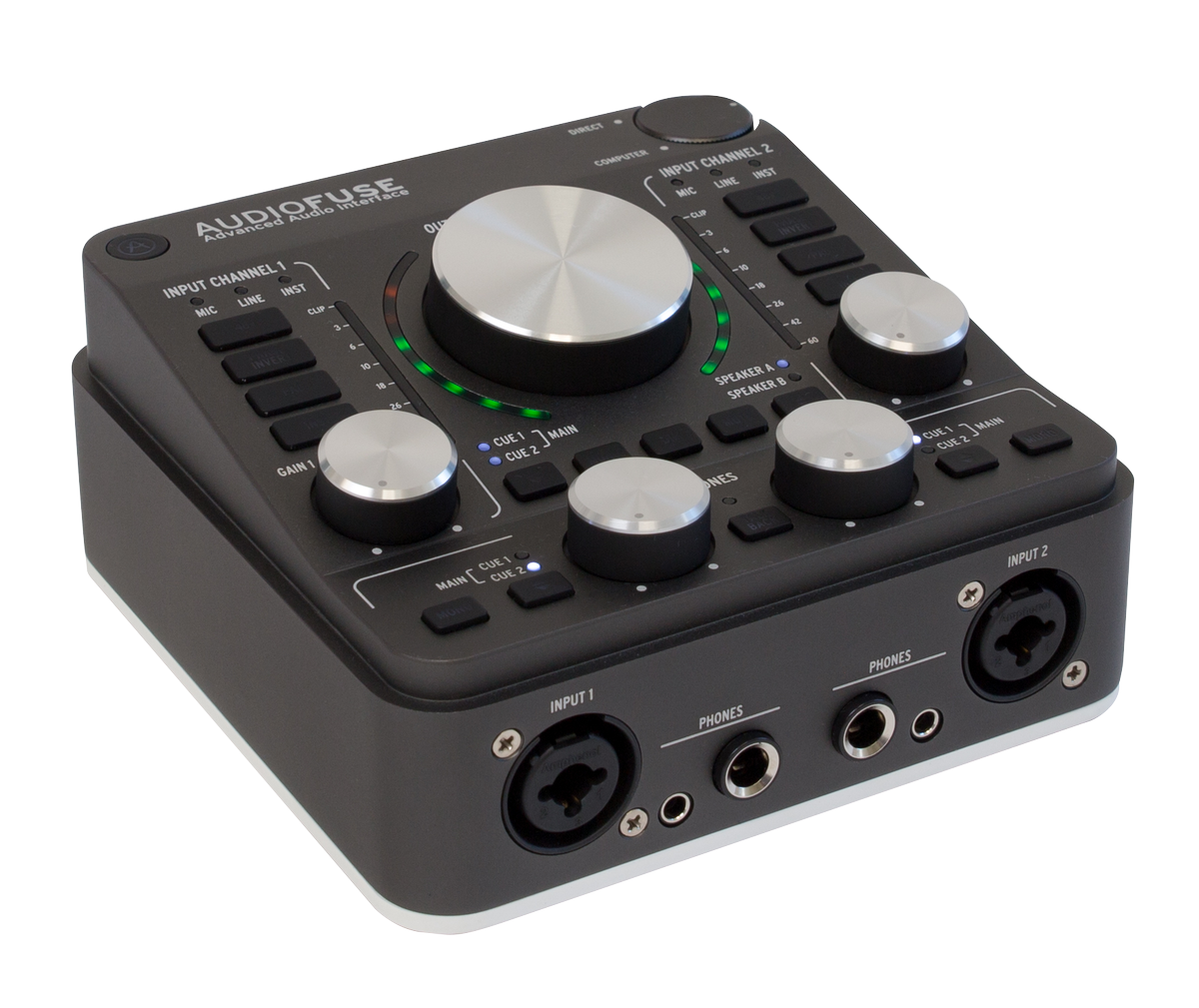 Arturia has a reputation for “thinking outside the box” and bringing innovative and ground breaking products to the marketplace. In an overcrowded market filled with lacklustre products, Arturia took a fresh approach, focusing on how musicians and recording professionals actually work and create music.

How is the sound quality?

AudioFuse is all about audio quality. Custom designed by Arturia’s engineers, the dual state-of- the- art mic preamps with a class-leading >131dB A-weighted EIN rating give you incredible dynamic range and the lowest signal-to-noise ratio in its category. Its discrete analog components give you access to the level of professional audio performance you find in the most well-known studios.

How does it complement my workflow?

Recording is a hands-on process, and AudioFuse perfectly complements the way you create music by reimagining the audio interface, and offering a different approach: giving you immediate access to a whole host of functions right at your fingertips, without the need to go menu-diving. If you need to select the talkback mic, press the button. Want to hear more of the input signal? Turn the dedicated knob. Need to switch monitors from A to B? Press a button. Want more level in one set of headphones? Not a problem, each one has its own volume knob. It’s like having your own mini-console on your desktop. You can even stop accidentally changing settings when you hit the stage by putting the lid on.

What can I connect to it?

Designed to be forward-thinking as possible, AudioFuse can be used with a huge variety of platforms including Windows, Mac, iOS, Android and even Linux. You’ll also find all the connections you need: USB 2.0, ADAT in/out, word clock & S/PDIF in/out, RIAA phono/line inputs, speaker switching outputs A&B, two independent headphone outputs, channel inserts with guitar-reamping capabilities, MIDI in/out, and a 3-Port USB hub. It even features four power modes, so you can save laptop battery life when you’re on location.
Why have Arturia made an audio interface? 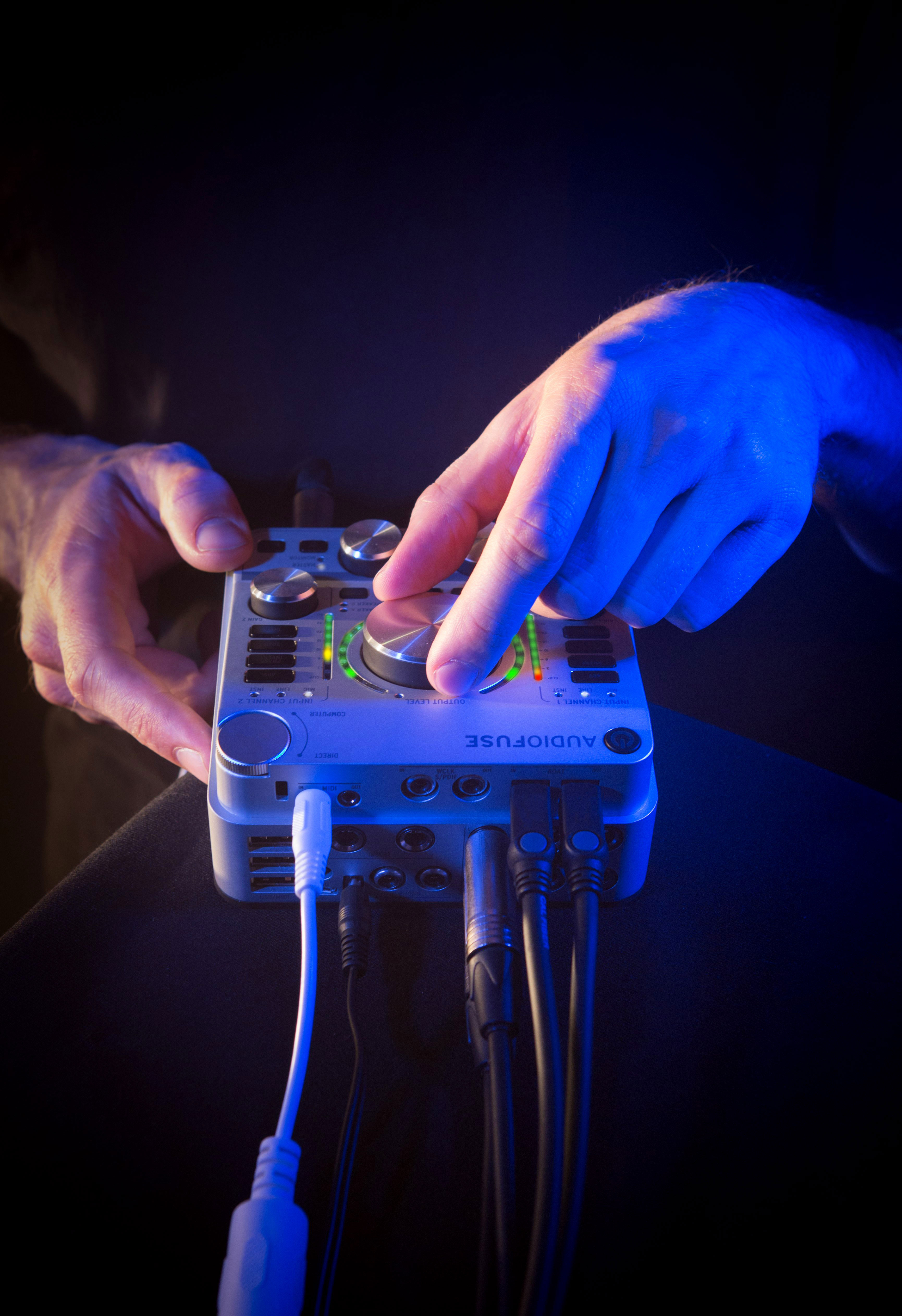 As you’ll know, Arturia instruments are some of the most widely used and recognized around. From the award-winning recreations of classic keyboards in V Collection to the colossal analog MatrixBrute, Arturia are no strangers to exceptional sound quality. The aim was to let music professionals and hobbyists experience their sound in the highest possible quality, and keeping them focused on their creativity.

Why did it take so long?

First announced at NAMM 2015, creating one of the best interfaces on the planet and turning the interface market on its head was always going to take some time. After a long and thorough testing period to ensure the highest possible quality, durability, and functionality, AudioFuse is ready.

Arturia wanted to make good on the promise they set out in 2015, and are thrilled to announce they will be delivering within the coming weeks.

Make sure to visit the Arturia site here for further information and updates.