The Ultimate Guide To Recording Everything – Amplified Instruments

We’re advancing into the alluring world of amplified instruments and sharing our knowledge on how best to record them… We are now entering a very different territory to that of mic’ing up acoustic guitars. We’re talking amplifiers, tone, shaping and distance. The actual tone very much depends on the settings on the amp and the […] 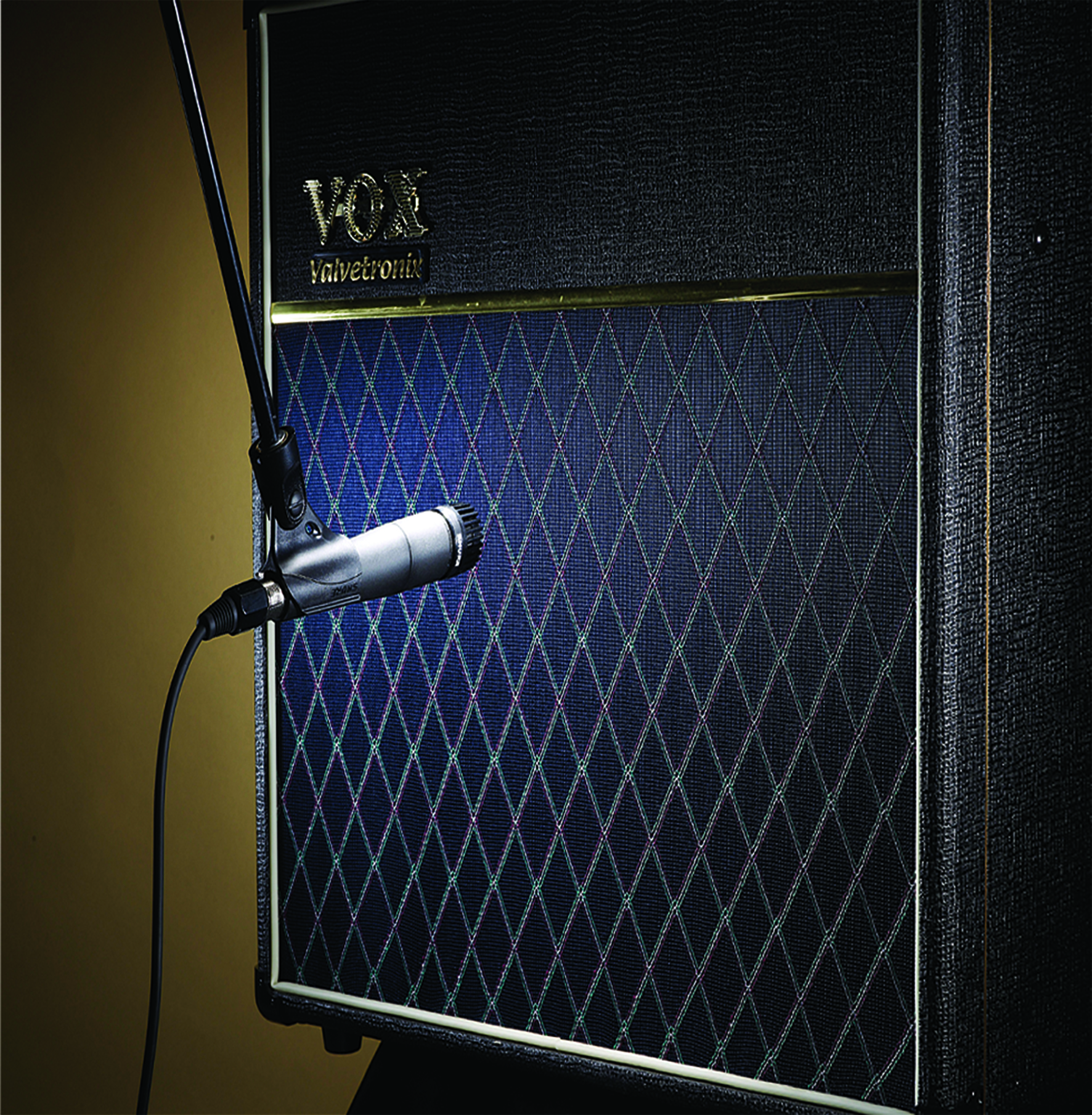 We are now entering a very different territory to that of mic’ing up acoustic guitars. We’re talking amplifiers, tone, shaping and distance. The actual tone very much depends on the settings on the amp and the amp itself – and, of course, there are so many amp models out there that we can’t possibly cover them all. However, you’d be surprised at how many different producers agree on how to mic that amp up, whatever it happens to be, so we’ll base our recommendations and suggestions on what they say…

Many people are perfectly happy to put a good dynamic right there in front of an amp and simply use that, but in years of chatting to top-end producers, we’ve found that the approach most favour is to use a two-mic attack – a cheap dynamic and a not so cheap condenser. The only thing they disagree on is distance…

Producer Alan Branch (Sinéad O’Connor, U2, Jeff Beck) recently told reverb.com: “The humble Shure SM57 can give you a wealth of options with a Neumann TLM 49 large-diaphragm condenser mic. Close-mic the 57 and point it at the centre of the speaker for a bright sound, or further away to the edge for something more mellow. Use the condenser to capture the direct and room sound.”

John Leckie (Radiohead, Stone Roses) says: “You need a good amp: a Vox AC30, Fender Twin, or Marshall. They all have different sounds – they’re all good, depending on your style and what you’re playing.” He also agrees on the mic choice, almost to the model… “I use a normal Shure 57 or 58 – I put it up close to the grille and slightly off-centre to the cone. I also preferably use a Neumann U 67, which is a valve version of an 87, again, right up close. Even if it’s a deafeningly loud Marshall amp, you should be able to put a 58 and a 67 right up close to the speaker… then record it flat.”

So you can see, the Shure and Neumann combination is becoming a classic double act, but we think that any good dynamic will be able to handle the main-amp duty as will any condenser on the room and source. And we can also be certain that the rule of moving the dynamic away from the centre for a more mellow sound carries weight – keep it about four inches away from the cabinet itself.

The condenser mic should be placed further away by a few feet (unless you’re John Leckie!) – and, as with other techniques here, use a combination of both recordings in your mix. 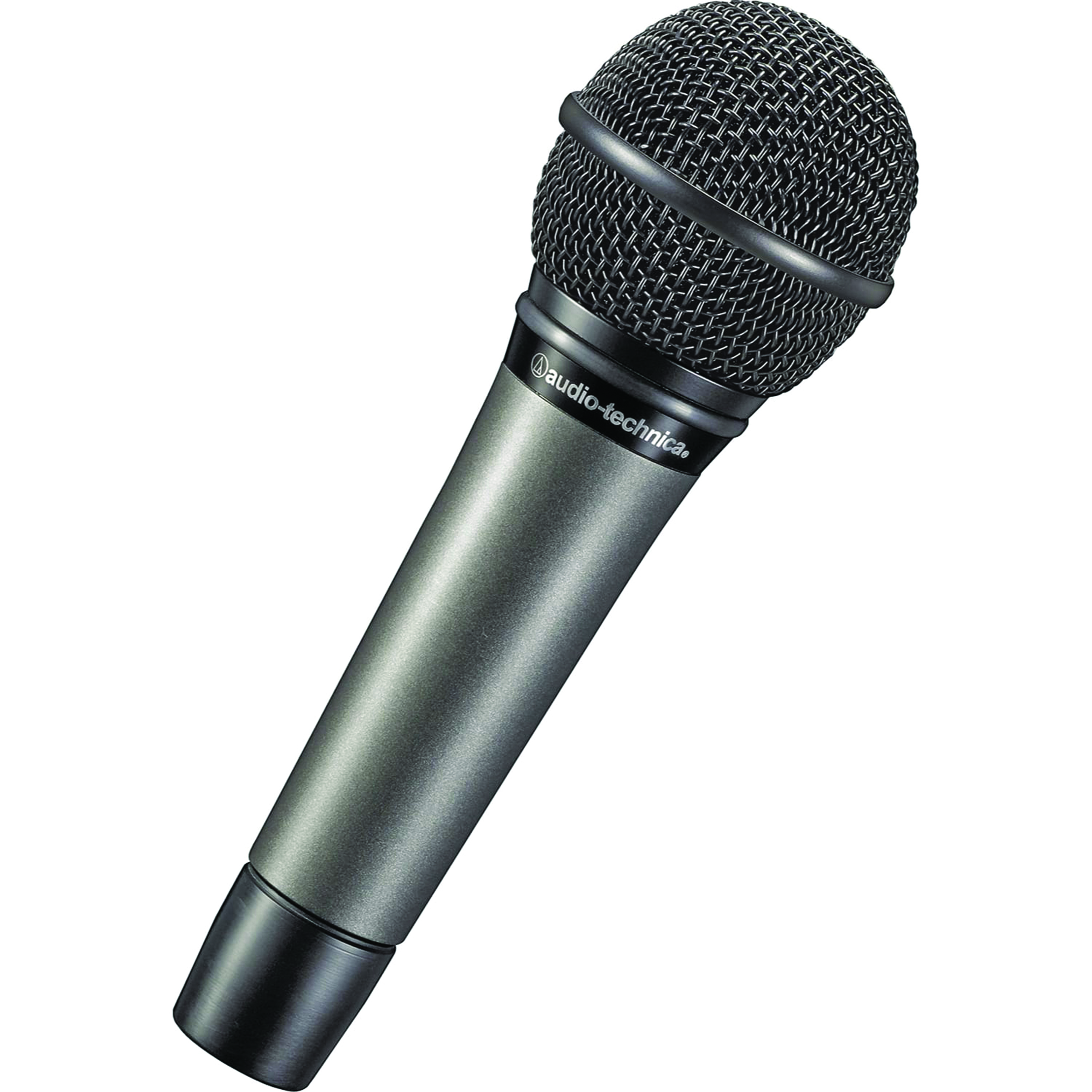 Audio-Technica ATM510
Price £85
AT launched this as a competitor to the SM58, so in ‘the Leckie sense’, it could be your close-mic amp option. 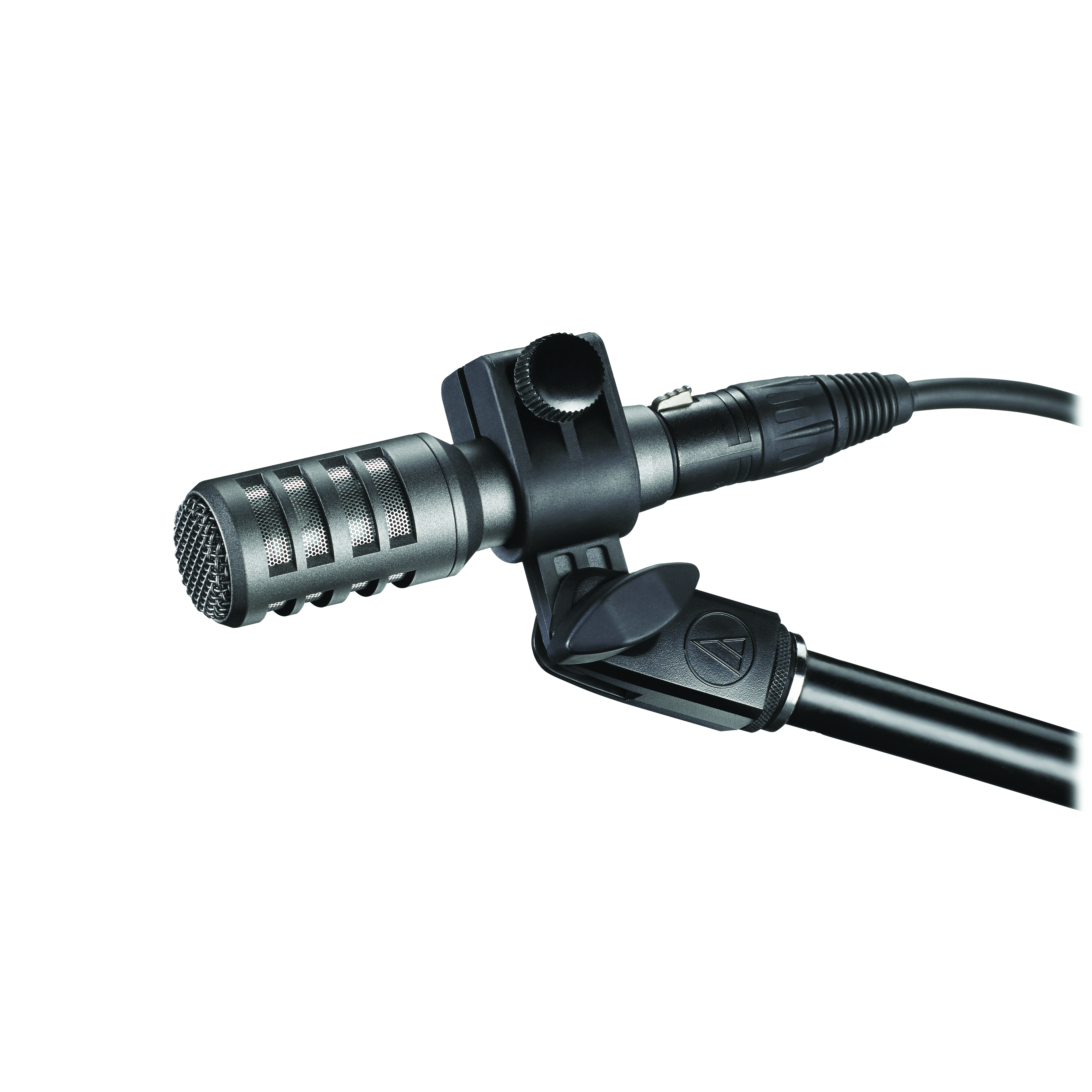 Audio-Technica AE2300
Price £249
You might get away with the cheaper AT for cabinets, but this has been designed to record electric guitar, so should give better results. 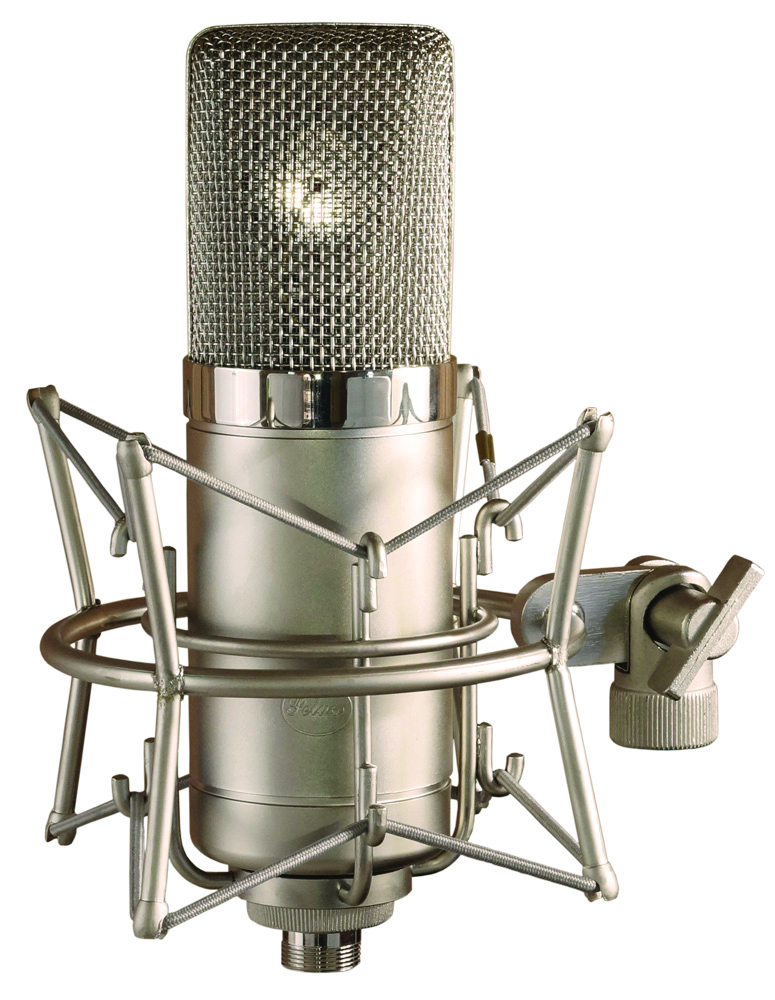 Peluso P-49
Price £1,499
As a great alternative to a more expensive Neumann, this could be your more-distant-mic choice. 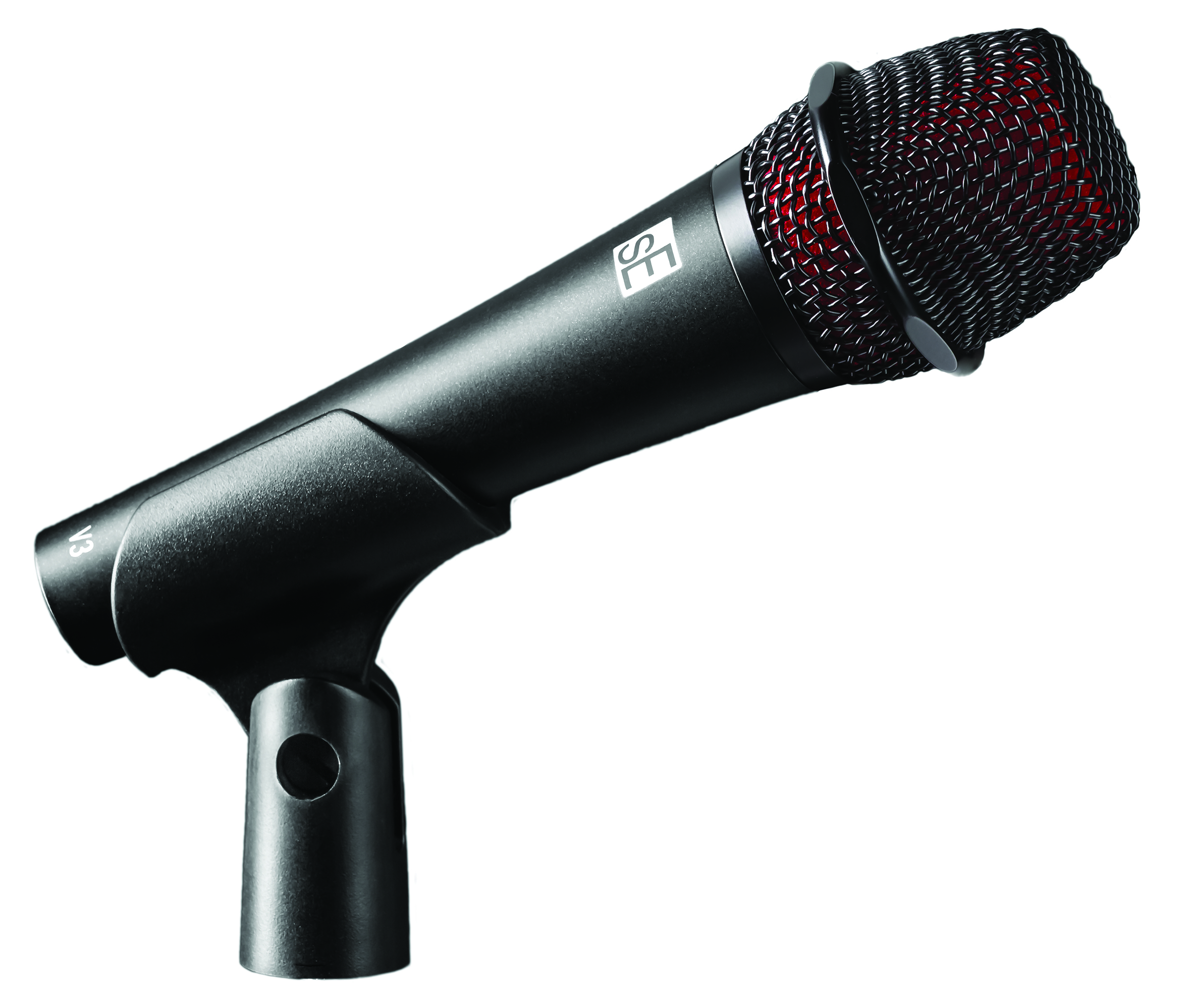 sE Electronics V3
Price £60
Cheap and right up there with an SM58, so could be a good go-to option for a low-budget project. 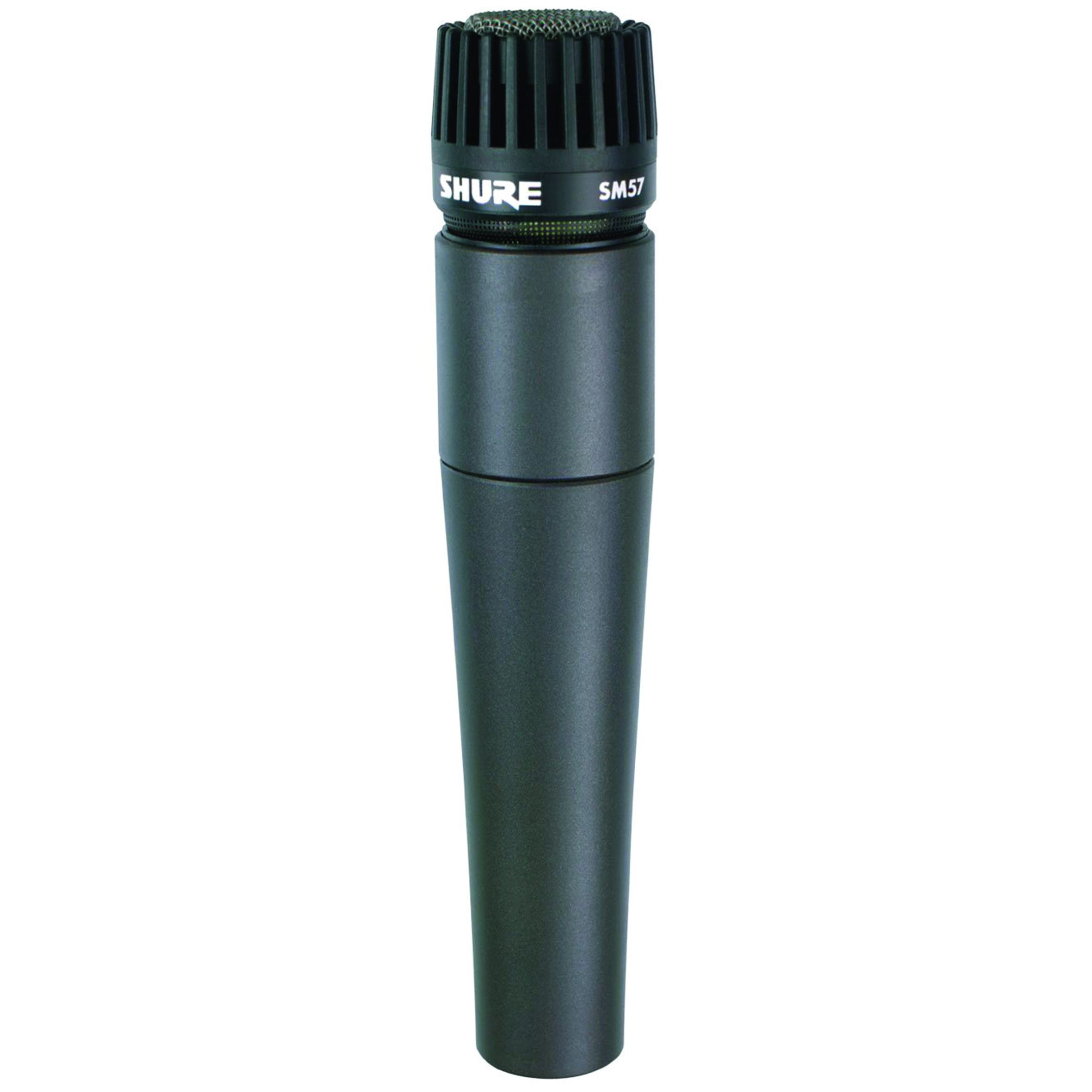 Shure SM57
Price £92
Well, if Leckie and Alan Branch say so, who are we to disagree?

With other amplified instruments, the mic’ing up technique is similar to that of the electric guitar. A dynamic cardioid microphone is your friend in most situations, as it can handle the dramatic amp sound, and generally the closer you place it to the amplifier (say, one to four inches away), the more bass you get. The further away (more than a foot), the thinner the sound – so, again, it’s about getting a good balance of frequencies.

For keyboard amplifiers, you can use a single dynamic cardioid mic up close, and experiment anywhere between a couple of inches to a couple of feet, depending on the instrument – again, the bassier the sound, the greater the distance. With bass-guitar amps, again, use a single dynamic mic, start a few inches away from the centre of the speaker and move out.

You might need to use two mics on a Leslie amp to capture both treble and bass, as they are typically quite a distance apart and harder to single mic. Experiment by placing the microphones between two-to-12 inches away from the cabinet.

Click here to learn how to record drums
#Amplifiers#Guitars#Recording