The Ultimate Guide To Remixing: Part Three – Completing Your Remix 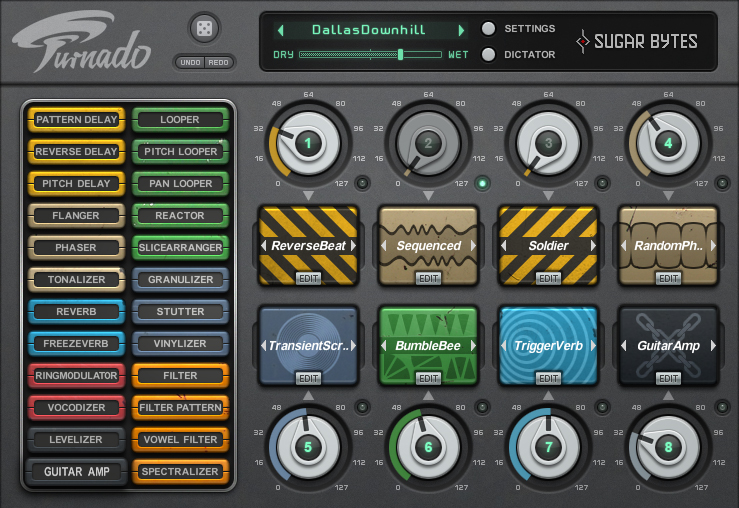 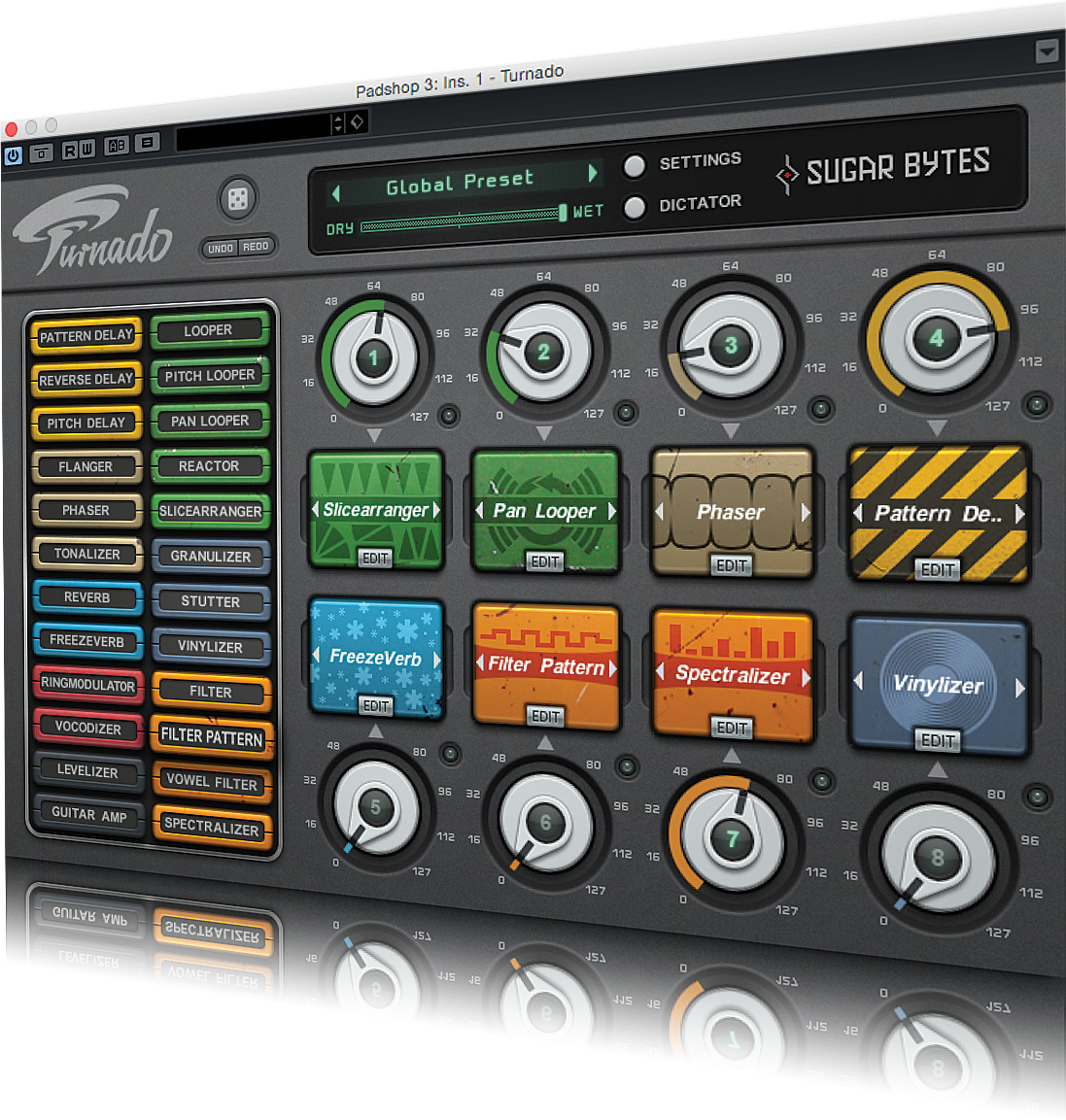 When remixes first became a popular thing to do in music, the tools on offer were significantly less advanced than they are today. The process would involve editing tape, sampling into hardware samplers and manipulating the results, and recording overdubs largely using real or hardware electronic instruments.

Even when more outlandish stuff became popular in the electronic world, a lot of it was down to many hours spent programming and automating MIDI to get the desired effects.

These days, a relatively small outlay will get you access to some mind blowing software tools for reinterpreting digital audio in ways which didn’t really used to be possible. Plug-ins can now take a real-time audio signal and mangle it in amazing ways without you ever having to worry about tedious stuff like staying in sync. Most of this even remains virtual if you so choose, meaning you don’t even have to render effects down if you don’t want to.

Mash it Up
Let’s look at a few of the best plug-ins for remixing, beyond the kinds of mix tools you would use as part of any music project. Izotope’s Breaktweaker was designed in collaboration with electronic producer BT and is technically a virtual instrument into which you can load any samples and completely re-sequence them based on its advanced onboard sequencer.

Although billed as a beat making tool, in practice it can be used on anything you like. It has a MicroEdit Engine that lets you repeat or chop up any audio slice at an incredibly fine resolution so you can turn beats into melodic notes, texturize melodic sounds with rhythms or use beats as a synthesis tool by locking drum hits to individual pitches.

Different internal sequencer tracks can use different tempo and step lengths so it’s almost like a mashup studio inside a single instrument. Manipulating samples becomes far more flexible than anything you can achieve with regular audio edits.

Also from Izotope is Stutter Edit, an audio effect that lets you play effects like an instrument. It continuously samples live audio input into a buffer and then you use MIDI notes to trigger multiple sets of complex effects on that audio.

The result is that you can create incredible stutters, runs, sweeps, repeats and much more by assigning notes to effects and then tweaking the behaviour of those effects.

There are a stack of available effects and even though you’ll want to invest a little time in setting it up to your liking, it’s like a remix in a box. Not dissimilar is Sugar Bytes’ Turnado, a multi effect that’s a little more approachable and has a ton of multi fx to route your sounds through. It can do everything from slicing to distortion and filtering at the same time.

To add a new dimension to your remixes it never hurts to have a good pool of samples and loops to work with such as those from Loopmasters. As well as being used straight out of the box these can be mashed up in effects like the ones mentioned above for cool results. 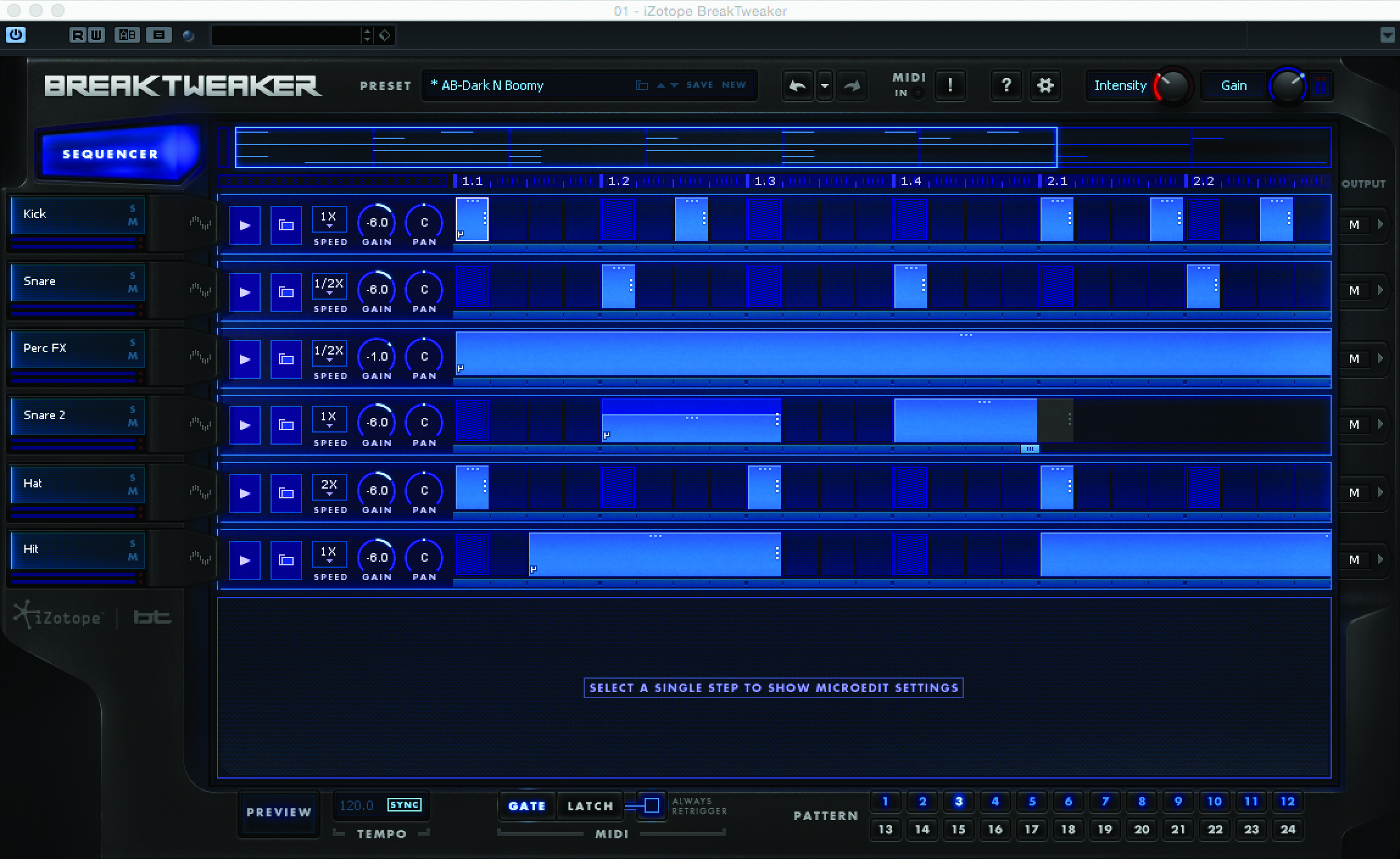 1: Load an instance of Breaktweaker and load a preset. Each of the lanes represents a different sound and these can be swapped for different samples or some of your own sounds. Press a MIDI note to trigger the sequence. 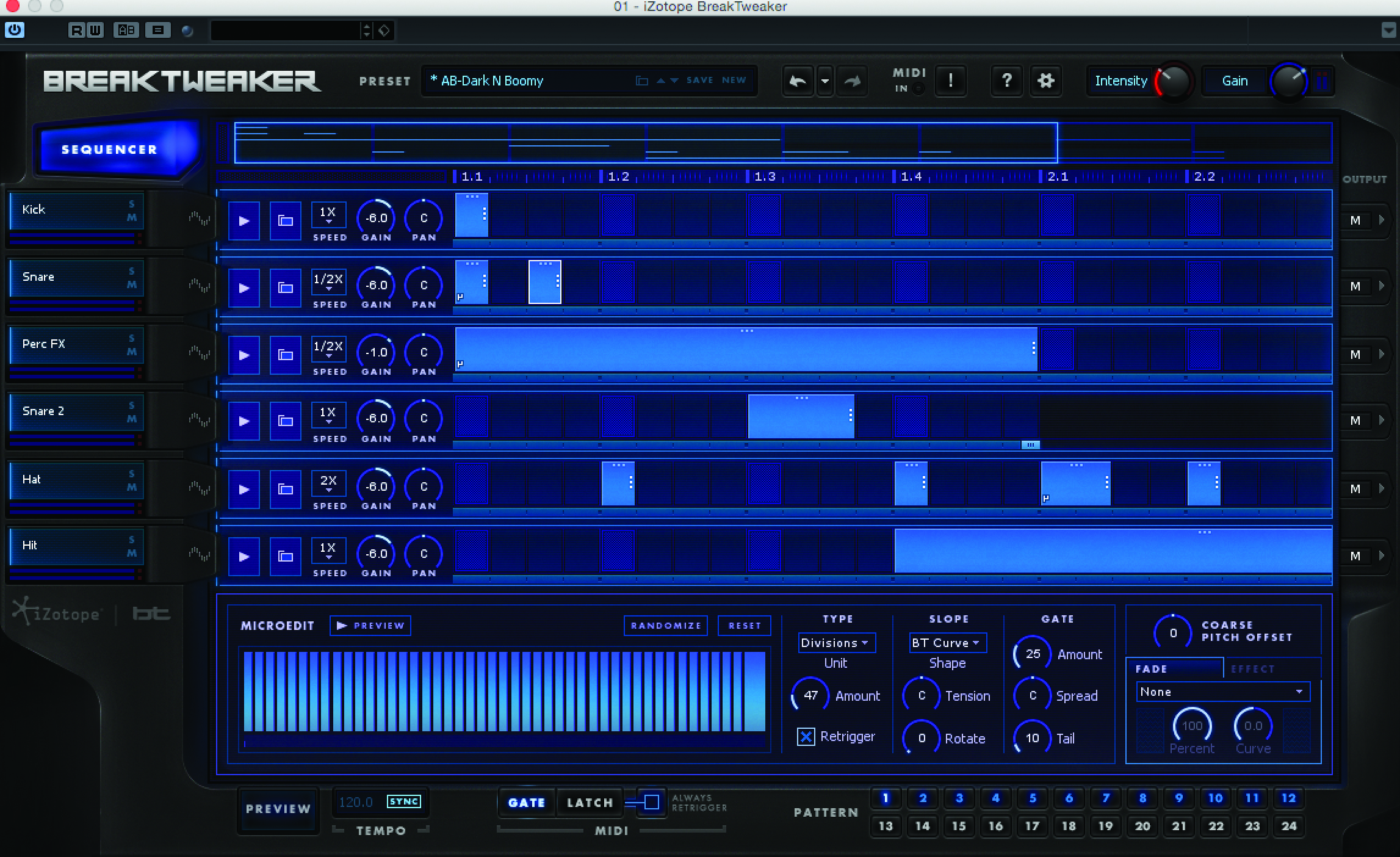 2: Select any of the note events in the sequencer or add your own using the mouse, and change its position and duration. Click in the MicroEdit window and drag the mouse up or down to change the tension and behaviour of the step for cool sounding results. 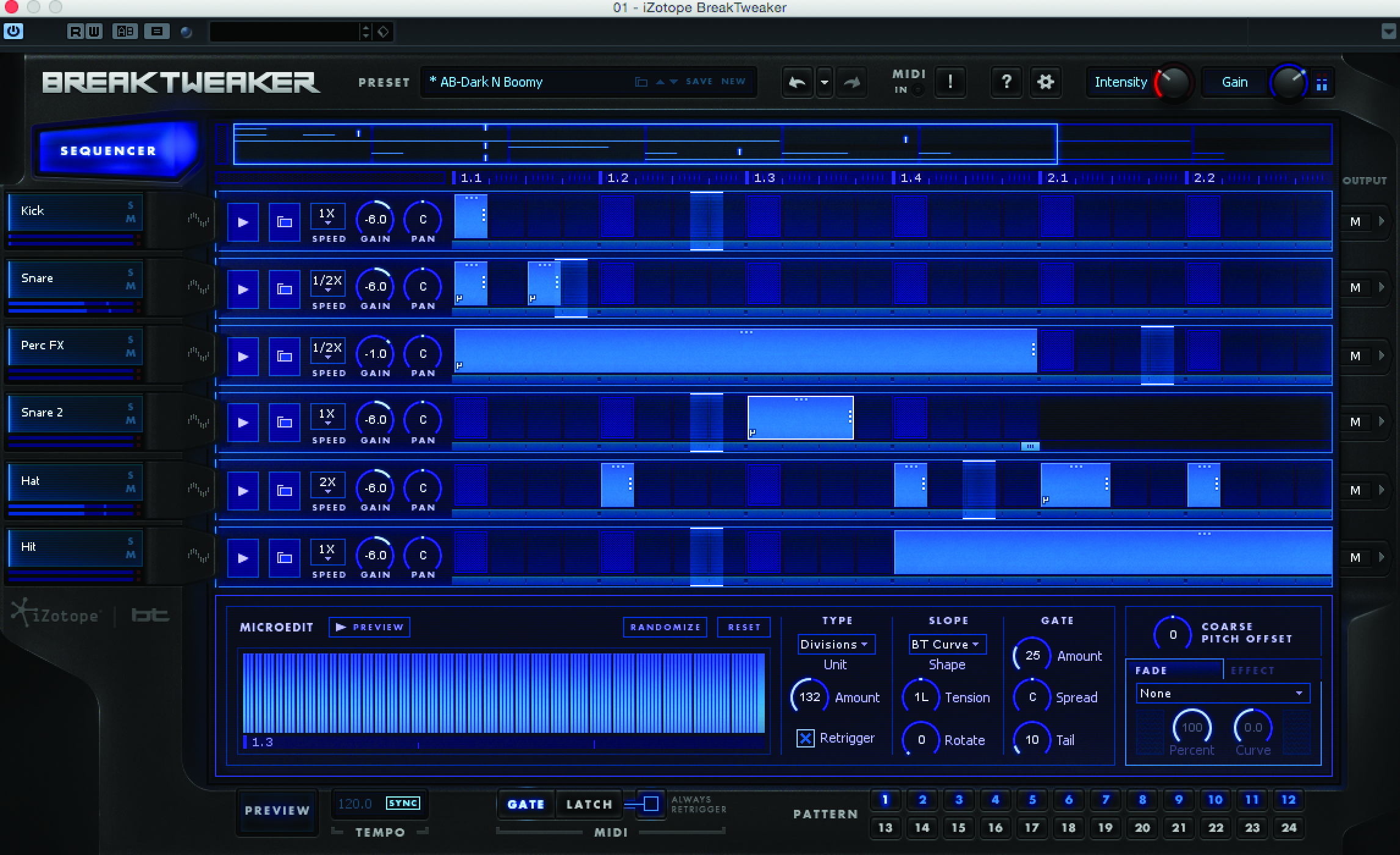 3: Use the Pattern section at the bottom right to build up a series of different patterns. These can be sequenced in the main DAW sequencer or exported or bounced down to audio in order to play with them in the context of the main remix project.

Releasing and Hosting Your Remixes

Now it’s time to get your remixes heard…

The days of sending material to the CD pressing plant are more or less gone. Nowadays you’re much more likely to simply send someone a WAV of a mixed and mastered remix once it’s done, and they will deal with releasing it if that’s the arrangement you have made. If you are releasing or hosting stuff yourself you have several options, but there are some things to be aware of first. 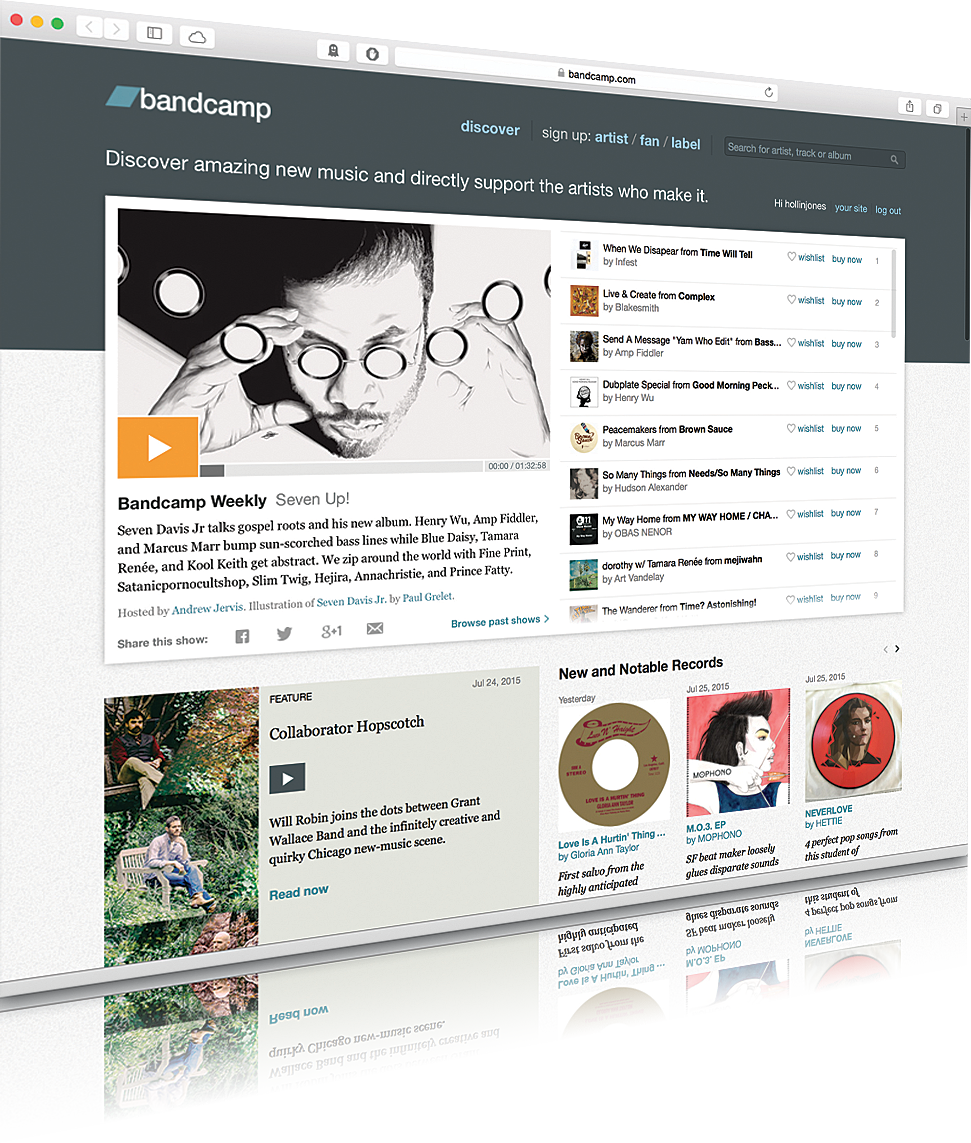 If yours is an official remix, the person whose track you have remixed will own the copyright in at least part, if not all, of the recording. They will probably have written the track and will have the rights to the name, melody and any recorded material they supplied to you. So it’s vital to be clear (preferably before you even start any work) about what the deal will be for the finished track.

Maybe you will receive a fixed fee to sign over the rights to the remix entirely, or perhaps there will be a cut of sales that can be attributed to you via your membership of a collection agency like the PRS, MCPS, ASCAP or whatever your national association is.

If the track contains any third party samples you need to know that the artist has cleared those too, since that adds another layer of complexity. What you shouldn’t do is just start selling something yourself, unless you have explicitly agreed this first.

Look to the Cloud
Hosting music nowadays is easier than ever, and Soundcloud is still the go-to destination for uploading your own music and embedding it on other sites. Mixcloud is great too, especially for remixes. Bandcamp is still one of the best ways to sell your own music and set your own price, with all levels of quality options including lossless.

Most of these sites have decent free plans that give most people what they want though there’s also usually an option to upgrade for extra features like sales stats. Beatport now only deals with labels but has an associated site called Baseware that still allows independent artists to sell music through online stores.

Services like iTunes, Amazon and Spotify can also be used though you will have to go through an intermediary service such as Mondotunes since they rarely deal with people on an individual basis. 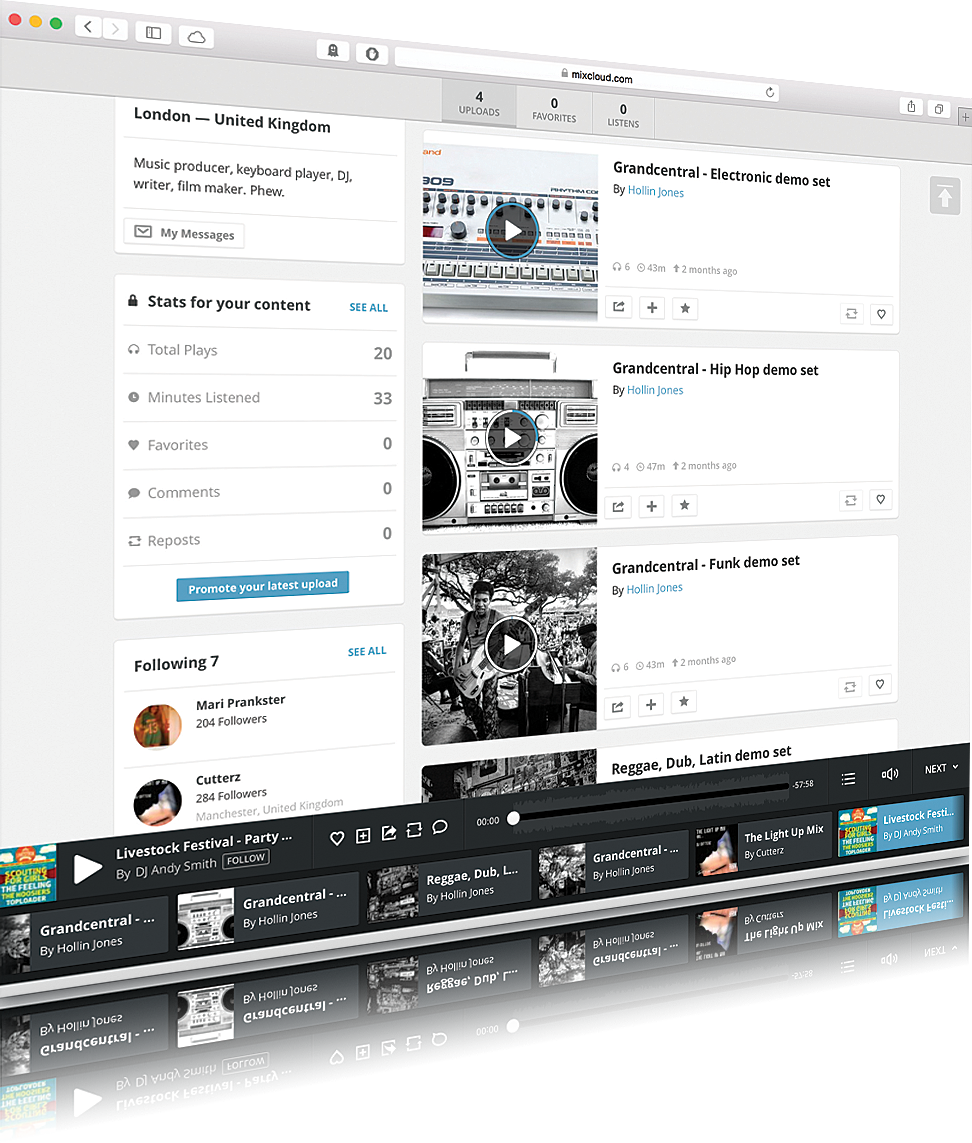 Mixcloud is perfect for hosting your mixes and remixes

Radio and blogs are still a great avenue for promotion and all the usual rules of tenacity and casting your net wide apply here just as with promoting any music.

Of course if you have remixed an established artist or even someone who is doing their own promotion it should be easier to get them to promote your remix under the banner of the work they are already doing. Ultimately, remixing can be a good way to promote both yourself and the artist whose material you have remixed, so it’s in everyone’s interests to see it succeed.

Stems
Individually exported audio files that collectively contain all the material in a project. Batch export is the quickest way of creating all of these in one go.

Tempo Map
A special file or MIDI data you can export to tell the remixer about any speed changes that happen through the course of a track.

Bouncing
Rendering MIDI or audio down to audio files, often with effects. This provides the remixer with all relevant material even if they are running a different system.

Extract to MIDI
Many DAWs let you analyse audio clips and convert their note and pitch info to MIDI which is great for capturing melodies or beats and reprogramming them.

REX files
Combinations of MIDI data and sliced audio files that can be re-sequenced and generally manipulated. Some DAWs have dedicated REX player modules.

OMF and AAF files
Special files that contain some – but not all – content and info about a project. Useful for sending a remixer a project without having to export everything first.

Time Stretching
Altering the speed of an audio part without changing its pitch. Pitch stretching is also commonly available.

Mashup
Taking two or more tracks or parts of tracks and blending them together to make something new.

The Cloud
Online, server-based methods for either swapping large amounts of raw project data or in some cases for collaborating on projects using web-based tools.

MIDI Sync
Synchronizing tracks or equipment – or both – so that the original material and the new stuff you add all stays in the correct time.