The Bluffer’s Guide To Analogue

Next time you get a chance, here’s an experiment you can perform. It’s quick, it’s fun, and it involves booze. Rob Boffard explains all… Pick a recording engineer. It has to be the kind of man or woman who’s been in the business for a while – a lifer, someone who struggles to interact with […] 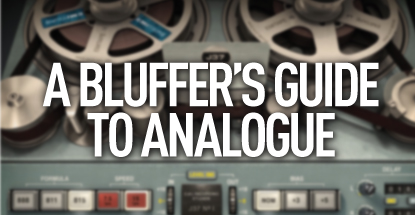 Next time you get a chance, here’s an experiment you can perform. It’s quick, it’s fun, and it involves booze. Rob Boffard explains all… 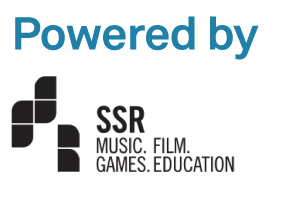 Pick a recording engineer. It has to be the kind of man or woman who’s been in the business for a while – a lifer, someone who struggles to interact with anybody outside a recording studio. Take them to the nearest pub, and buy them a drink. Now: without any prompting, time how long it takes them to mention analogue warmth. Our current record is 12 minutes and 31 seconds.

Those two words are a touchstone for engineers of a certain bent. They’re meant to signify everything that’s right with music, a throwback to a particular era where Pro Tools didn’t exist, where everything was recorded onto tape, and the only way to get hold of new music was to head to the record store. In audio terms, it refers to sound with body, character, and – more than anything else – a certain indefinable warmth. Think The Beatles, The Rolling Stones, Led Zeppelin, Marvin Gaye… 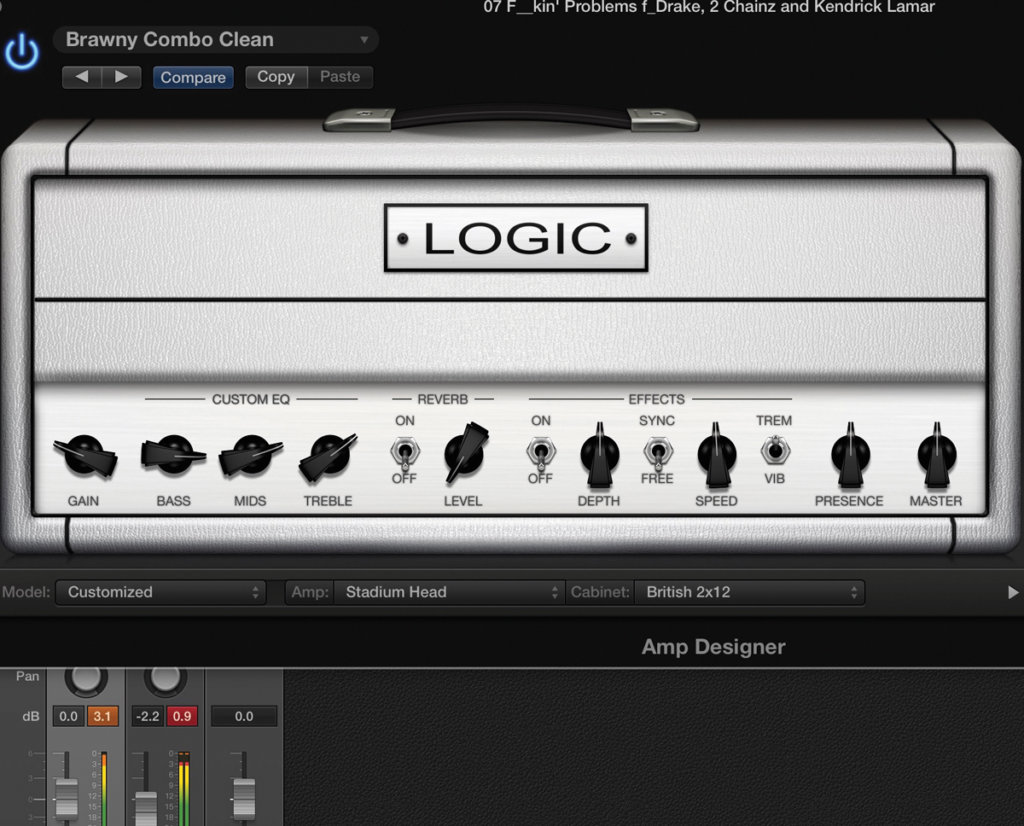 The Amp Designer plug-in that comes bundled with Logic Pro X is a perfect example of a way to give a sound some great analogue warmth. If you’ve got it, give it a go!

Confused? Maybe. But not surprised. Analogue warmth is a particularly nebulous term –- one which can mean different things to different people. Let’s break it down a little.

Tube: Often known as a vacuum tube. It’s a device for modulating electrical current in a vacuum, and is found in classic mixing consoles. It imparts warmth to your sound. Sometimes called a valve.

Saturation: The effect of analogue warmth. The more saturated a sound is, the more analogue warmth is a feature of it. Can also be referred to as Overdrive.

Distortion: Hard as it is to believe, that grungy sound in metal tunes is a form of analogue warmth – albeit a particularly heavy one.

Load up your DAW, and pull up a software instrument. A drum programmer, say. Using the default patch, draw a single MIDI note, and listen to it.

That’s a purely digital sound. It was made by a computer. It should be crisp, dry and level. Now imagine it being given character. Imagine it being made to sound fatter, deeper, more powerful. Instead of a crisp drum sound, imagine that it’s got a little bit of oomph behind it. Perhaps it’s even got some imperfections – some hiss, a touch of crackle, maybe even a little echo.

That’s analogue warmth. At its most basic level, we’re talking about particular artefacts in the sound left by physical audio equipment. A sound that is passed through the valves, tubes, tape reels and circuitry of certain pieces of kit, that takes on some qualities that it didn’t have when it went in. Tape is a particularly good example.

A song on a CD will sound subtly different when you dub it on to tape. It’ll sound a little smoother and more rounded, with less harshness on the high end

Emulations often go beyond sound – check the chunky controls on this UAD plugin, designed to replicate the design of a classic compressor

On the surface, it looks like this is a very clear argument for physical recording equipment over, say, a laptop with a DAW. We’ll come back to this, we promise, but for now, let’s take a look at what we mean when we talk about physical equipment.

If you ever have a free hour, head on to YouTube and search for Sound City. It’s a documentary (directed by Dave Grohl from the Foo Fighters, no less) about a famous studio in California’s San Fernando Valley, now shuttered.

This studio was legendary among bands (Nirvana, Fleetwood Mac, Neil Young) for the particular sound it gave anything recorded there, thanks not only to the particular acoustic makeup of its walls and ceilings and floors, but also thanks to its big custom Neve console. The console was so revered that Grohl bought the damn thing when the studio closed in 2011 – no small thing, given it weighed about a ton.

The sound that went through that console encountered all its innards: its tubes and valves, its particular circuit flow. In doing so, it gained particular qualities that were pleasing to the ear. The surfaces in the studio gave the sound the same thing, as did the microphones and cables. In short, every piece of equipment that was there left its own mark on the sound, imbuing it with a distinct, fat, rich analogue warmth, and tape is particularly known for this.

Before the invention of digital recording, every single track that was recorded had a touch of analogue warmth, simply because engineers had no choice but to record it on to tape.

The magnetic reels on tape add things like flutter and wow (those are technical terms, we promise) that give sound a very distinctive character. This character – a subset of analogue warmth, if you will – is called tape saturation, and it’s a term that has survived into the present day. 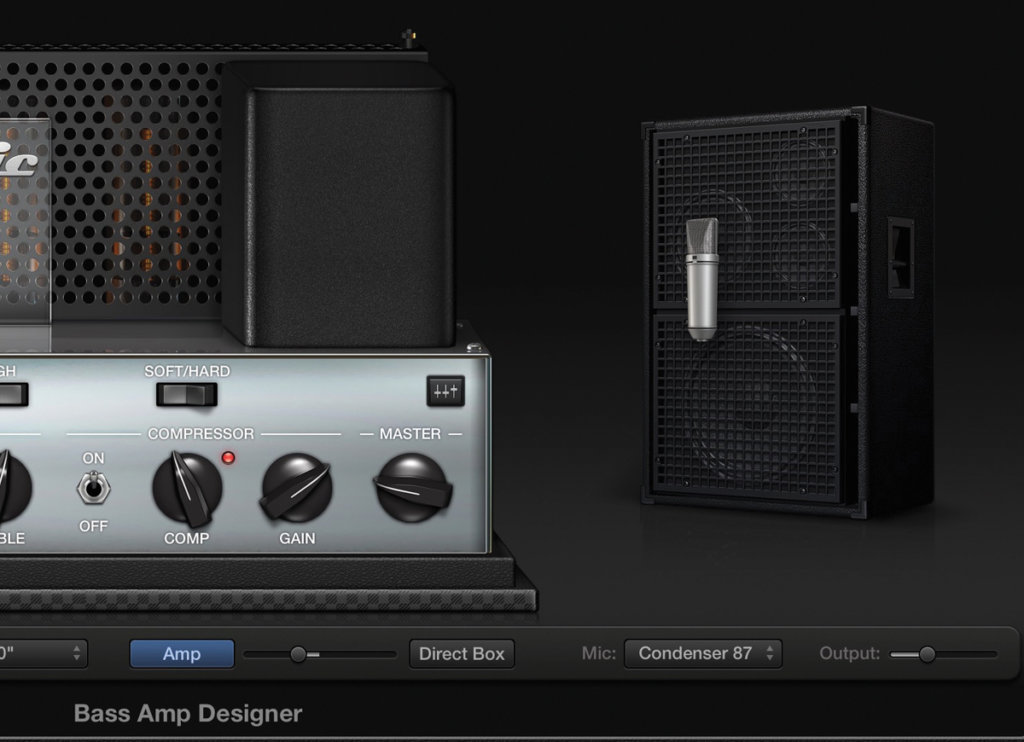 Now as an engineer or producer, you may have noticed a problem here. It’s all very well saying that analogue warmth is a good thing, as it is in most cases. But not everyone has access to a big console, or a £2000 mic. Not everybody has (or had) the finances to book time in a place like Sound City. For most of us, a computer and a DAW or two is what we have to work with. Sure, there are plenty of producers with analogue gear and good luck to them. But if you’re just starting out, then trust us, that kind of thing is way out of your budget.

Fortunately, audio companies aren’t stupid. They know that analogue warmth is sought after, and several of them have developed plug-ins to gift your audio with some heat. Many DAWs even come with their own plug-ins designed for this, often labelled as saturation effects.

First stop is Universal Audio. It makes some of the best (and most expensive) analogue warmth plug-ins, including ones that emulate classic pieces of kit. Its most well-known ones include digital versions of the Pultec EQP-1A and the Fairchild 660 compressor, both of which will put a smile on your face.

In a slightly lower price range, Waves offer a fantastic tape machine plug-in called the Abbey Road J37, which you can whack on to your master out and have things sounding fat in no time. As a matter of fact, Waves offers several Abbey Road plug-ins, all of which emulate gear from that studio. On a budget? No biggie. Go for companies such as PSP and URS, both of which make excellent analogue plugins.

As for controls… there’s really no tutorial we can give here. The range of plugins is so vast that it’s quite hard to pin down consistent parameters. One we’d suggest getting familiar with is the wet/dry knob. Often, a tiny touch of analogue warmth can go a long way to making a mix sound great.

One other thing to watch out for: often, plug-ins will label themselves as either tube or tape. It’s important to realise that these are different types of analogue warmth, and will produce different effects.

Tape, obviously, will give you the slightly imperfect quality associated with tape recordings, and is ideal for final mixdowns – particularly if you rely heavily on acoustic instruments. Tube, however, emulates the amplification of mixing consoles, and is often better on individual sounds – like, for example, that crisp, digital kick drum we mentioned earlier.

Back to that tricky question: do you actually need analogue warmth? It is, after all, often a pain to get hold of – and gear and plug-ins that offer it often cost a huge amount.

There’s no easy answer. It entirely depends on what sort of music you’re making. If, for example, you’re a folk trio with a totally acoustic output and a collection of vintage instruments, then yes – in big, glowing, tube-lit neon lights. Analogue warmth will make you sound better. That’s a fact.

If you’re Skrillex, or Swedish House Mafia, or some other electronic act, then chances are you can get away without it. The digital sounds you rely on need their crispness, their sharpness, to have the desired impact. Analogue warmth certainly won’t hurt what you’re doing, but it’s far from necessary. You’d be better off spending your money on new sounds and synths.

But what if you fall somewhere in-between? There are as many types of music as there are emulations of classic equipment, and ultimately, it’s up to you to decide if your jazz-funk-glitchhop combo would benefit from some analogue warmth. The key, we think, is to actually try some out. Many plug-in makers will offer demos of their products, usually free to use for a set period of time, and so you should be able to get a good handle on whether it would hurt or harm your material.

Actually, there’s an even better way of putting it. The fewer instruments and sound sources you use, the more likely that analogue warmth is going to benefit you, and the more likely it is that your listeners will notice the change.

Whatever happens, don’t let that sozzled engineer tell you that analogue warmth is the only way to go. Digitally-made music is often criticised for sounding too harsh – groundlessly, we think. When it comes down to it, music is music, and if anybody tries to tell you how yours should sound, we suggest you make them buy the next round.

This feature was endorsed by SSR which has been providing professional education training in the audio engineering industry for over 30 years. With campuses in London, Manchester, Jakarta and Singapore, SSR has gained a healthy reputation within the music industry for producing well trained, professional graduates across the globe.