The products that earned the maximum score in their original MusicTech reviews and became essential purchases are rounded up here. It’s the ten best 10/10’s! Novation Bass Station II The return of the Bass Station – while not the first piece of classic gear to be re-imagined – certainly seemed to open the floodgates to […] 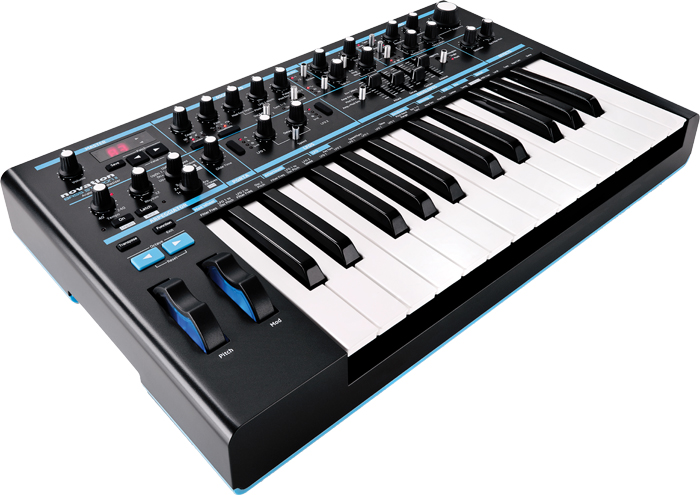 The products that earned the maximum score in their original MusicTech reviews and became essential purchases are rounded up here. It’s the ten best 10/10’s!

The return of the Bass Station – while not the first piece of classic gear to be re-imagined – certainly seemed to open the floodgates to a tide of hardware rebuilds and redesigns, synth and otherwise. Everyone knew you could do it in software, but the sheer joy of grabbing the keyboard, twisting its frequency knob and actually playing a ‘real’ synth for once, after so long with plug-ins, was a joy – especially as it cost a mere 50 quid more than the original did two decades before. “The sound of the circuit at its raw, dirty, analogue best…” we said. 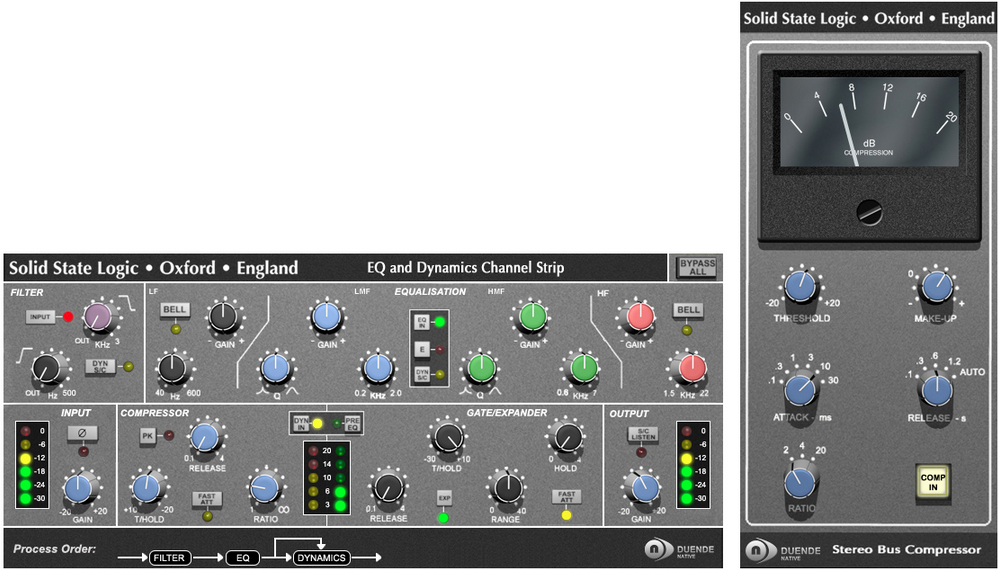 With TC Electronic and UA offering bespoke pieces of hardware, running software emulations of classic and not-so-classic outboard, SSL was not to be outdone – and Duende offered a suite of high-quality outboard effects, including EQ and buss compressor over 32 channels of processing, without any extra load on your processor. Our review said: “As close as you can get (in the software world) to mixing on an SSL. 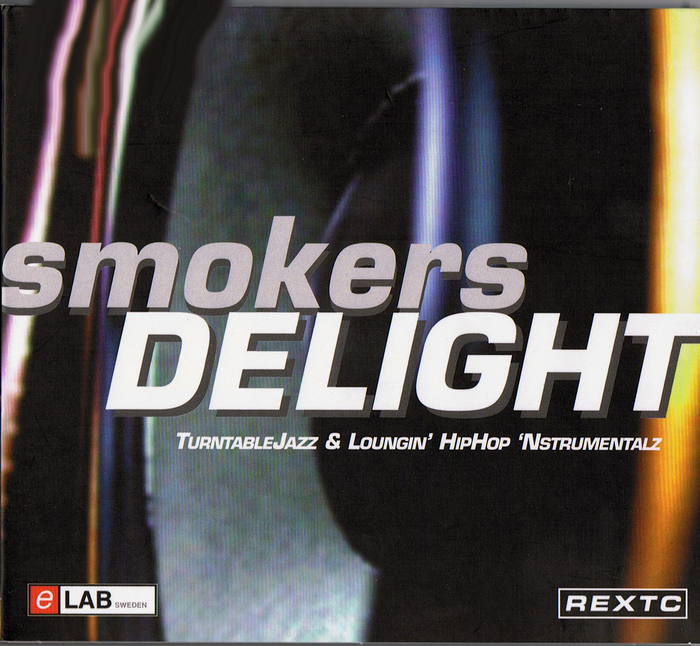 e-Lab’s collection of 1,900 laid-back grooves and loops was a highlight in the world of sample collections, and remains to this day one of the finest ever made. Beautifully recorded, laid back and smokey, it’s time for a 90s revival and this could lead the way… 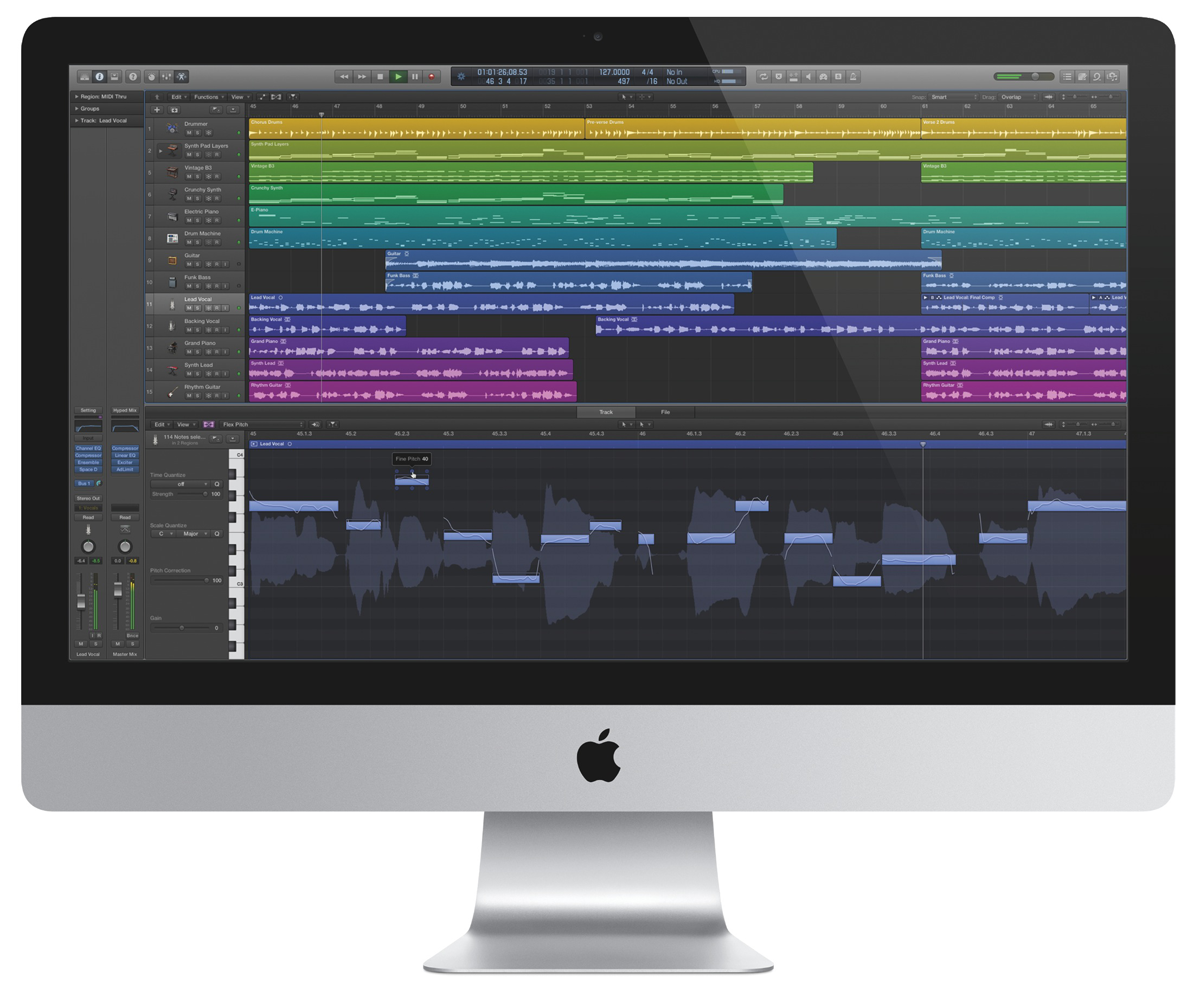 Ever since Logic became £140, it has scored 10/10 in MusicTech. A lot of people argue that it’s bloated software, with layers of code built on top of one another – a DAW in need of a rewrite from the ground up. You could also argue that a lot of the instruments need an overhaul. You could argue all of that. But £140 for all of those instruments, effects, content and a DAW that is still streets ahead of many? Seriously? We’re still downloading the extras from reviewing the last version…

We don’t just get excited about hardware synth recreations, and while there are countless amazing remakes of hardware outboard (stand up Lindell, Chandler et al) what better than a company reissuing a classic piece of gear itself? We said: “The U47 FET is no half-baked reissue; Neumann has done a proper job. It looks and sounds like the real deal – because it is. Consider it more of a resumption of production.” Nice. 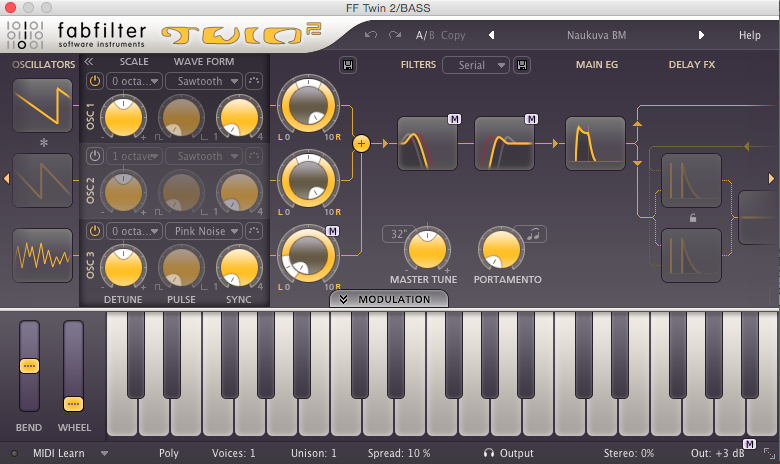 “Twin 2 is a dance musician’s dream,” we said of Fabfilter’s double delight soft synth back in 2010, and five years on it still sounds remarkably fresh and vibrant – even in a dance market that moves so quickly, or at least pretends to. Twin 2 has controls to die for, looks cool and, quite simply, sounds incredible

Moog’s resurgence as a force in hardware synthesis wasn’t a done deal at one time, but times and fashions change, and now the company is riding a wave of hardware love and its machines are seen (and heard) as some of, if not the best out there. And this is, not even arguably, the best of the best. “The ultimate earth-shattering stage synth or core of a modular synth set-up,” we said. If you own one synth, this is arguably the one to get, but you might have to sell your house or car to get it…

Pick a Nord, any Nord

We could put any number of Nords in this Best 10/10 category, so well and consistently have they scored over the years. That goes for the Stage, the Lead, even the A1, but were we to be forced to go for one, it would probably be the latest Nord Lead; a synth that is packed full of superb analogue, wavetable and FM sounds with just so much control.

For a wide-ranging synth, this is the one. For an analogue and easy option, go for the A1; for a proper keyboard, go for the Stage. Like we said, pick a Nord, any Nord… 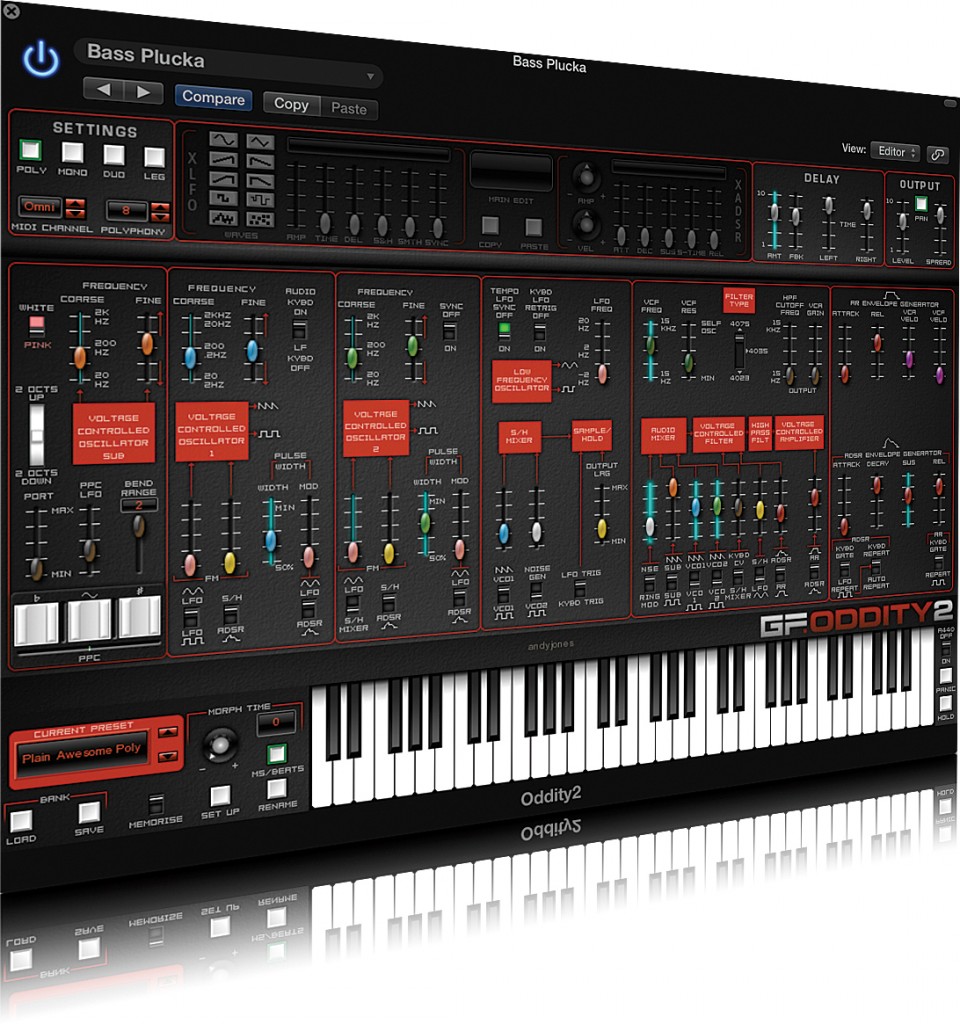 When the production world is going hardware mad (again), it’s sometimes difficult to remember that software is simply incredible too, and GForce is one company that has been at the leading edge of both quality and innovation for longer than most. Oddity 2 came just after we reviewed a remake of the original hardware Odyssey – and where that scored highly on recreating authenticity, this brought the format right up to date.

We don’t think we could pay it any higher tribute than: “If ARP had carried on as a company, this is the synth it would have made now.” Read the full review here 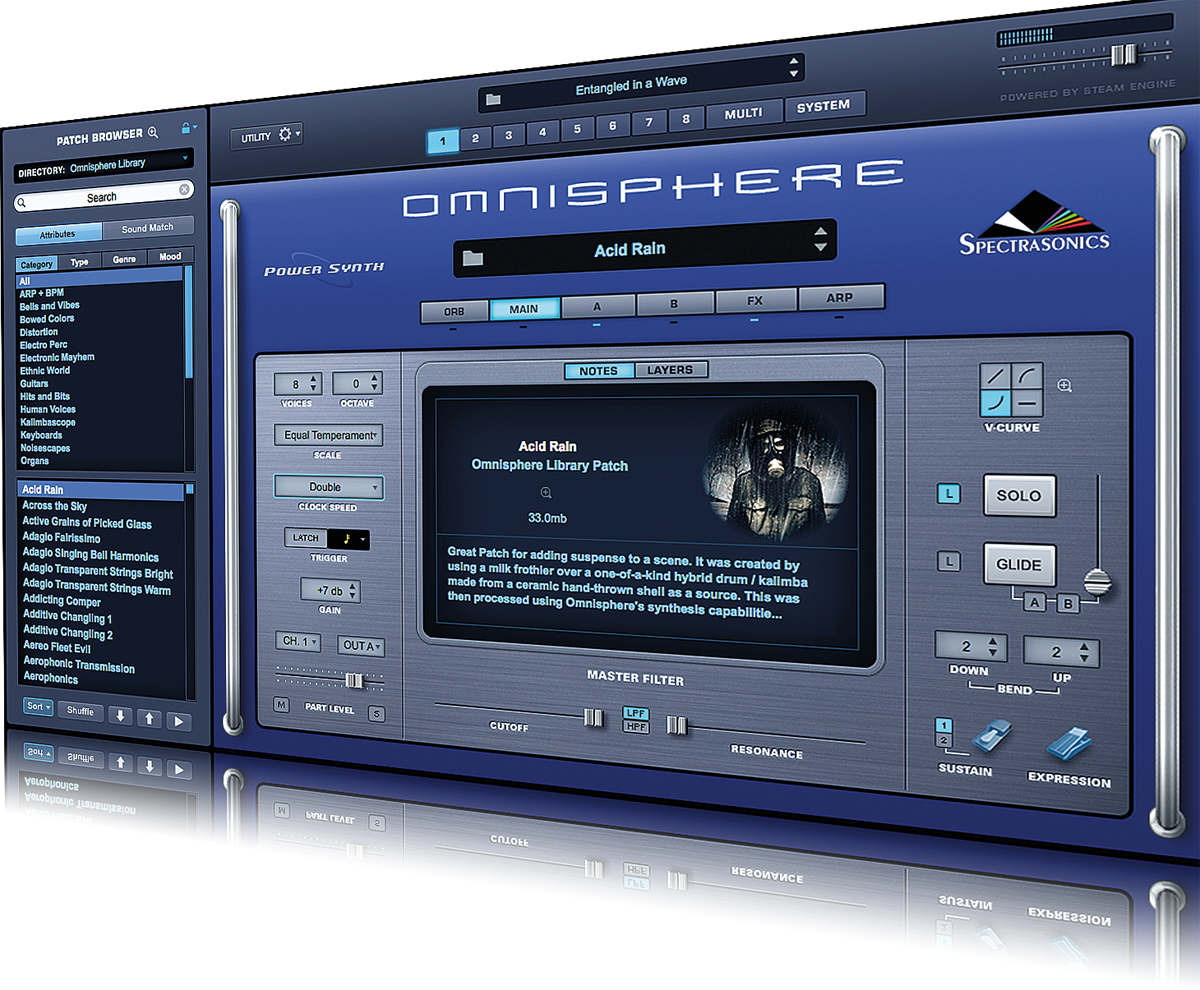 Right on the cusp of not getting in, as it’s only been reviewed recently, is Omnisphere 2 – although Omnisphere 1, or any of Spectrasonics range of instruments, libraries or whatever the heck you choose to call them, could have been included. In fact, let’s just give it to Spectrasonics as a company, why don’t we? But, really, the plaudits go to Omnisphere 2, as we simply didn’t think it could improve much on the original – but it has.