Produce Music On A Budget

Getting a great sound doesn’t have to cost the earth, and with so many temptations around you have to spend your budget wisely. Hollin Jones shows you how to make the most of your money and, where possible, do it for free in this whopping three-page guide… It’s an indisputable fact that producing music is […] 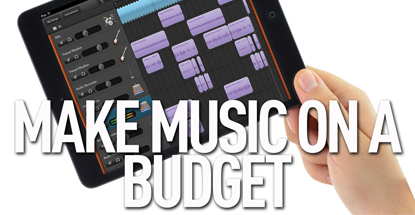 Getting a great sound doesn’t have to cost the earth, and with so many temptations around you have to spend your budget wisely. Hollin Jones shows you how to make the most of your money and, where possible, do it for free in this whopping three-page guide… 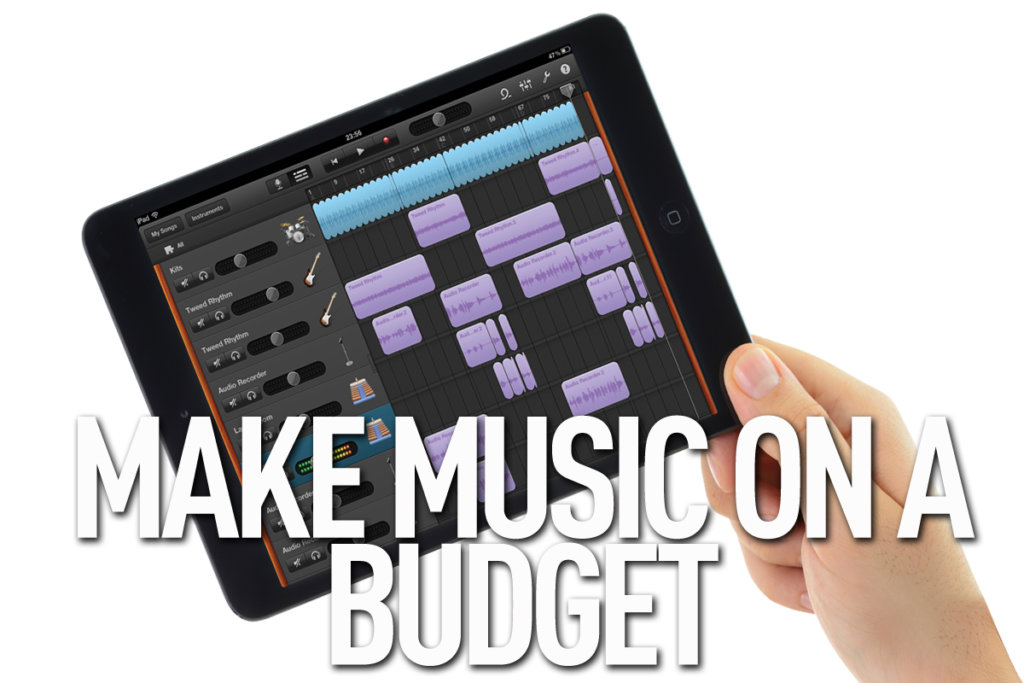 It’s an indisputable fact that producing music is a far more accessible pursuit than it was a couple of decades ago. The cost of recording to a professional standard used to be prohibitive for many people, and making demos on home equipment was how a lot of musicians and bands started out. Now all that has changed, but if you want your music to sound good you’re still going to have to invest a little money, as well as time, in it. Some things can be achieved for free or next to nothing, and in other cases, while you do need to spend money, you can make smart choices about how you spend it to make it go as far as possible.

Gearing Up
Some people enjoy having loads of kit, which is great if you can afford it, but most of us can’t always get the latest and greatest thing as soon as it comes out. On the flipside it’s not a good idea to skimp unnecessarily either: there is a balance to be struck and you have to understand how best to allocate your resources for the task you’re trying to achieve. It’s arguably better to have the right kit for a job, and to know how best to use it, than to just get the biggest thing with the most flashing lights.

It’s also true that the vast majority of software and hardware is actually very good: poor quality stuff rarely gets released onto the pro audio market. The task therefore becomes finding the most cost-effective gear that works for what you need.

If you’re willing to put a bit of time in and look around it’s possible to get some great bargains. A lot of entry- or mid-level DAWs are given away for free with an audio interface; similarly, sample packs, plug-ins and loops can often be found bundled with hardware (or with MusicTech magazine!). A last-generation product might be significantly discounted and still do exactly what you need it to do. The phone or iPad you already own can be used for recording or composition, and your computer could potentially be beefed up instead of replaced.

Secondhand hardware can also be a good way to expand your setup, and you can take simple steps to improve the sound in your studio without spending a fortune. It’s possible to make and even sell your own multisampled instruments, and showcasing and selling your music online is simple and inexpensive.

This isn’t going to be about how to do everything for free, because if you want good results you have to put something in, but we’ll show you that you don’t have to spend the earth to produce great-sounding music.

Your recording devices are going to be central to your setup, so it’s important to get them right. You will probably be recording on a computer, or perhaps an iPad (more on that in a moment). Whether you are buying a new computer to produce music on or upgrading an existing one there are several components on which to focus your budget to get maximum bang for your buck.

A lot of software is well optimised for multiple cores now, so in most cases a quad-core CPU, even at a slightly lower clock speed, will perform more usefully than a dual-core one in real-world situations. All modern CPUs are pretty powerful, but steer clear of the slowest available. Even though they are cheaper you’ll soon be cursing all the waiting around while your machine churns away trying to work stuff out.

The same goes for RAM and hard drives. Music applications are RAM-hungry, especially sample-based instruments, and since RAM is now cheaper than it’s ever been you’ll want a minimum of 4GB and preferably 8GB or more. Similarly with hard drives, go for a solid state (SSD) drive for the system partition as this will massively increase the responsiveness of your computer. A lower capacity one can be much cheaper, as long as you pair it with a much more spacious regular hard drive for bulk data storage, either internal or USB. Your computer is the brain of your whole setup so you need it to work smoothly.

Go Mobile
Older computers can have their useful lives prolonged by adding more RAM or an SSD drive, or even a new CPU where your machine allows, but at some point it becomes a false economy to run an ageing setup because it seriously slows down your workflow.

One alternative is to use an iPad, and the platform is increasingly catering to pro musicians. If your needs are more straightforward, or if you already happen to own an iPad, apps such as GarageBand, FL Studio HD, Auria, Cubasis and Tabletop run the gamut of mobile DAWs from a couple of pounds up to around £40, depending on functionality. Virtually all will track audio and MIDI, have effects and instruments, and most are much more advanced than you might have realised.

Technologies such as inter-app audio and MIDI mean much greater routing flexibility, and the fact that most iOS apps are really quite inexpensive, or free with in-app purchases, mean you have more control over how your money is used to build your system. Paired with an iOS-compatible audio interface, a MIDI keyboard or an iPad Dock, you can achieve remarkable productions for much less than the cost of a full computer and a load of software.

Docking Station
The key with using an iPad for music is getting a good I/O solution. Get a dock or an iOS-compatible USB audio and MIDI interface and you can record just as you would on a computer. In fact choosing an interface is always central to getting a system right regardless of your recording platform.
If you’re working ‘in the box’ then you may well be able to get away with fewer ins and outs, perhaps 2×2 or 4×4 if you only ever need to monitor on stereo speakers and record guitar, vocal or a simple stereo source such as a synth one at a time.

This kind of setup often works for acoustic or EDM producers who work either with fewer tracks or mostly with virtual sounds. If you are recording more simultaneous sources, say a drum kit or a whole band, you will really want more inputs; although you can always compromise by submixing via a hardware mixer and recording to fewer tracks if budget is a real issue.

Some interfaces come with a free bundled DAW. Ableton Live Lite, Cubase and SONAR are all given away in their more entry-level versions by various hardware companies when you buy an interface. The idea is that they ‘get you started’, and in truth they really can, providing many of the core tools you need to produce music digitally.

They don’t have the advanced features of their full-fat cousins, but there’s always an upgrade path if you decide you need tools such as unlimited tracks, all the instruments, scoring and surround support and stuff like that later on. Some DAWs like Reaper aim to offer a pro feature set and experience at a much lower retail price so it can be worth checking out such apps if you’re not concerned about being without a ‘big name’ DAW.

With the increasing availability of super-fast broadband, online DAWs are becoming popular as well. Two of the best are www.soundation.com and www.audiosauna.com which are both free and offer a great set of production and composition tools running right inside your browser.

Buy Wisely
Music production isn’t just about computers, and you can add outboard hardware (as we discuss later on). However there are some good tips for buying kit that apply more generally.

If you’re after a microphone, go for one that is a good all-rounder. You should be able to identify a few models by searching reviews and by getting one that can be effectively used for vocals, guitars, percussion and other things so you can avoid buying several mics. USB microphones are now pretty good and can even save on having to buy an audio interface, provided your workflow doesn’t demand any more I/O. Monitoring is one area where it’s advisable to buy carefully because how you hear your music will determine how it’s mixed and mastered.

Go for powered monitors (often cheaper than an amp/passive speaker combo) and try to match them with your genre, or go for good all-rounders if you work in different styles. A good pair of headphones is also essential, though if you do your research you should be able to find a good balance of price and quality. It’s not a great idea to rely on cheap monitoring as it can kind of negate all your hard work.

Budget Setup For a Singer/Songwriter

This is probably the most stripped-down of all possible recording setups, but one where your choice of microphone is crucial. You won’t need a massively powerful computer and could probably get away with using an iPad, but you will need an audio interface with good preamps and zero-latency monitoring for a more natural performance. 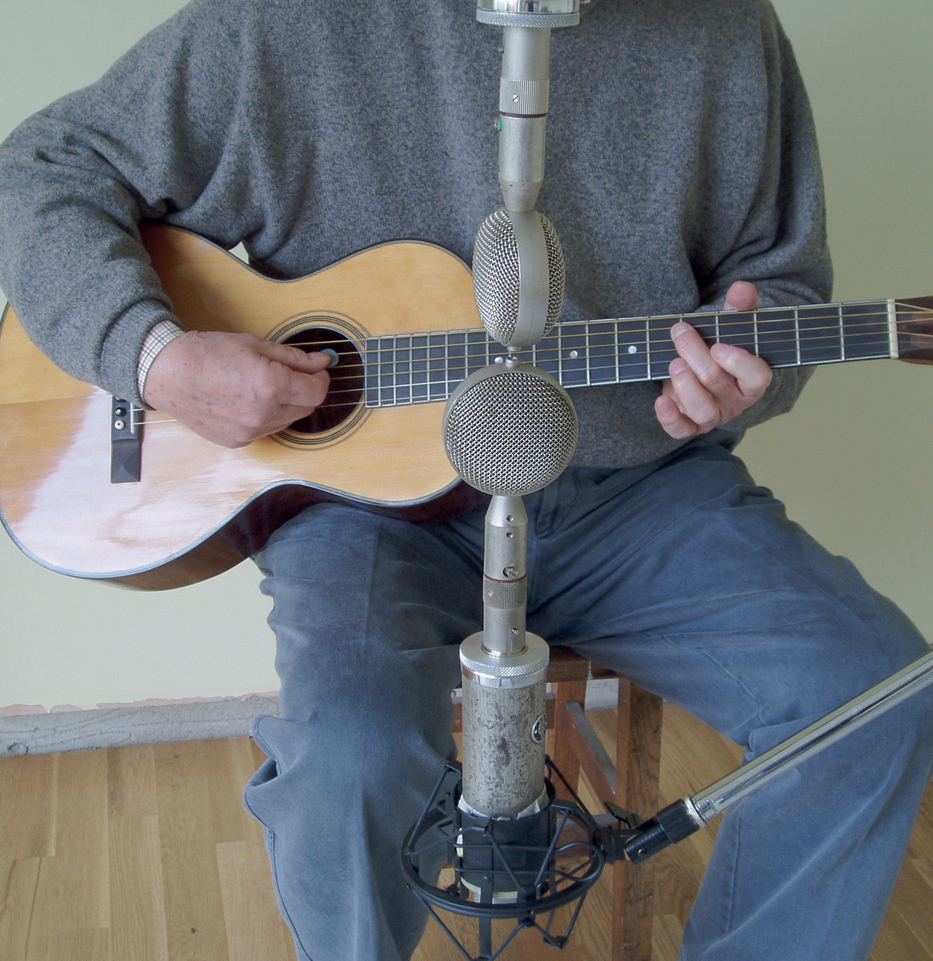 Choose a smaller interface with iOS compatibility if necessary: whether or not it needs a MIDI port depends on whether you have any MIDI gear. In truth, you could probably get away with programming and quantizing drums in GarageBand for iPad, or using loops in Live Lite to back you up.

A decent pair of headphones will be important for monitoring, along with a good quality microphone that can capture the nuances of your voice. You may be using pickups on your acoustic guitar or mic’ing that too, in which case you’ll need a second mic to perform everything live – though still only two mono audio inputs.

A popshield is absolutely essential, and perhaps also an acoustic isolator to create a pocket of dead space in your room. In terms of software you’ll be able to get away with something simple as you’re really just tracking, and you probably won’t need anything exotic as far as plug-ins go. The tools that may have come with your audio interface could be all you need here.