Music For Picture: The Ultimate Guide – The Final Act

You’ve identified the mood and tone, composed your score and now you need to mix and review. Here we look at how to ensure your score sounds as good as possible and underpins the visuals. Make sure to check out part’s 1 and 2 before reading on… Sound and vision With Aisling Brouwer, a similar […]

You’ve identified the mood and tone, composed your score and now you need to mix and review. Here we look at how to ensure your score sounds as good as possible and underpins the visuals. Make sure to check out part’s 1 and 2 before reading on… 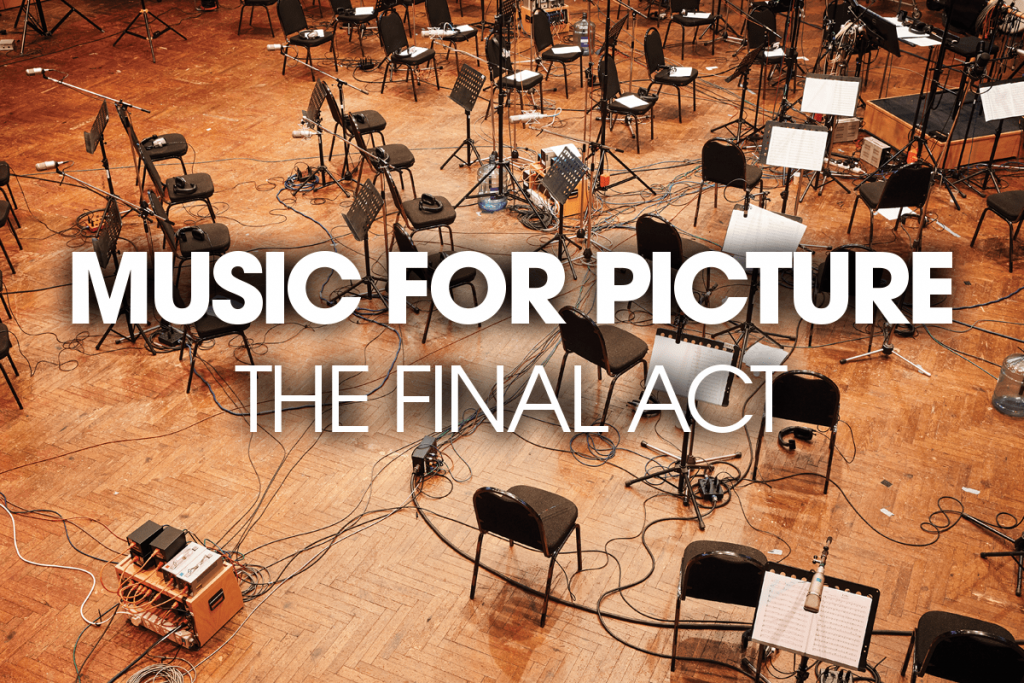 With Aisling Brouwer, a similar see-saw approach is often used as the main soundtrack comes together: “I try to do most of my mixing and processing along the way to avoid changing the sound too much at the end. If the project isn’t under a tight deadline, the composition usually goes back and forth between the composer and the client a few times to make room for adjustments, tweaks and variations before the final version is delivered and the project concluded.”

As you can see, there are almost as many ways to compose for a movie as there are composers – you simply have to find what works for you. For example, some composers prefer to turn away from the visuals at an early stage, once they have a clear idea of what they want sonically (or to help them get to this point).

And generally, at some point, you will have to focus on the music itself and not the visuals, so make time to do just that and have the visuals either on another monitor or switched off completely. Other composers may try to focus on one key scene, perhaps the ultimate, final scene of the movie, to make sure that they get the music nailed for that, hoping that the rest of the score will flow out from this vital moment to other parts of the film. It can be a risky approach, but it works for some.

So you want to become a film composer? 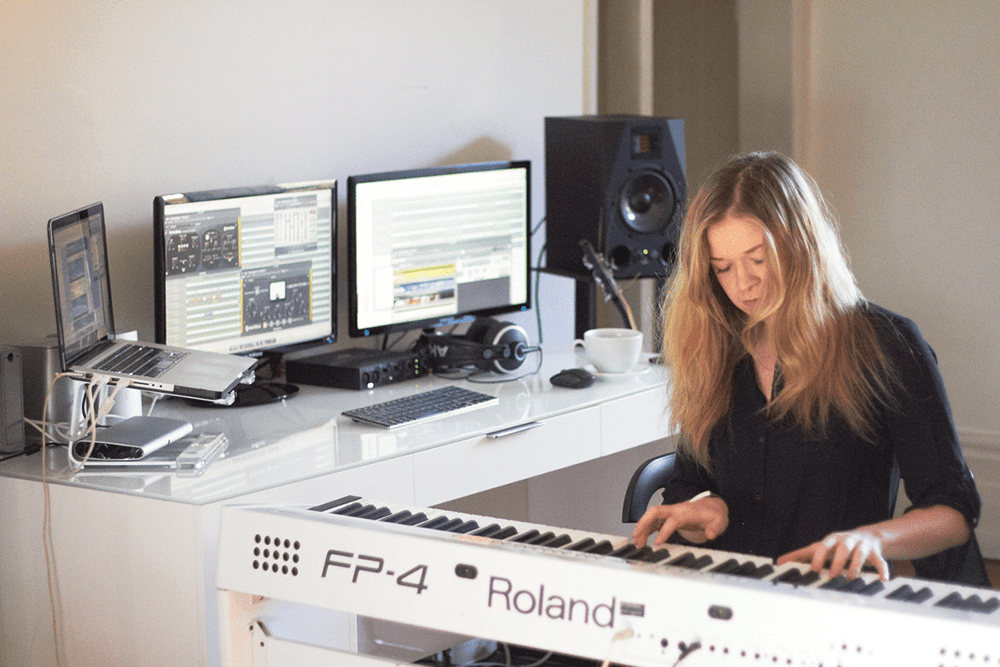 Aisling Brouwer has scored major TV shows such as The Apprentice, The Calling and The Taste. Her major advice is to simply network, and get to know people…

“It sounds dull, but it really does make all the difference,” she says. “Approach as many people as you can and listen to what they have to say or any advice they can give you. Aside from getting to know directors, producers, and liaising with agencies, it can also be valuable to develop relationships with other composers, because often work is delegated between them if they are unable to complete projects on their own.

“Be confident in your own abilities,” she adds, “but never stop learning from others. I often send mixes off to friends who are producers/engineers/composers, and no matter how finished I think a track is, there is always something a fresh pair of ears will pick up on, that you may have missed. Be disciplined enough to keep yourself constructively busy, even if you have a period of less work.

“Most importantly, be open to new opportunities and don’t get too hung up on ‘only working on certain projects’ or achieving a certain goal immediately. As well as being versatile, try to figure out where your strengths lie and build on these. Just because you want to be versatile, doesn’t mean you have to be able to create every single genre of music, so pick your battles and develop a style of your own that people can identify you by.” 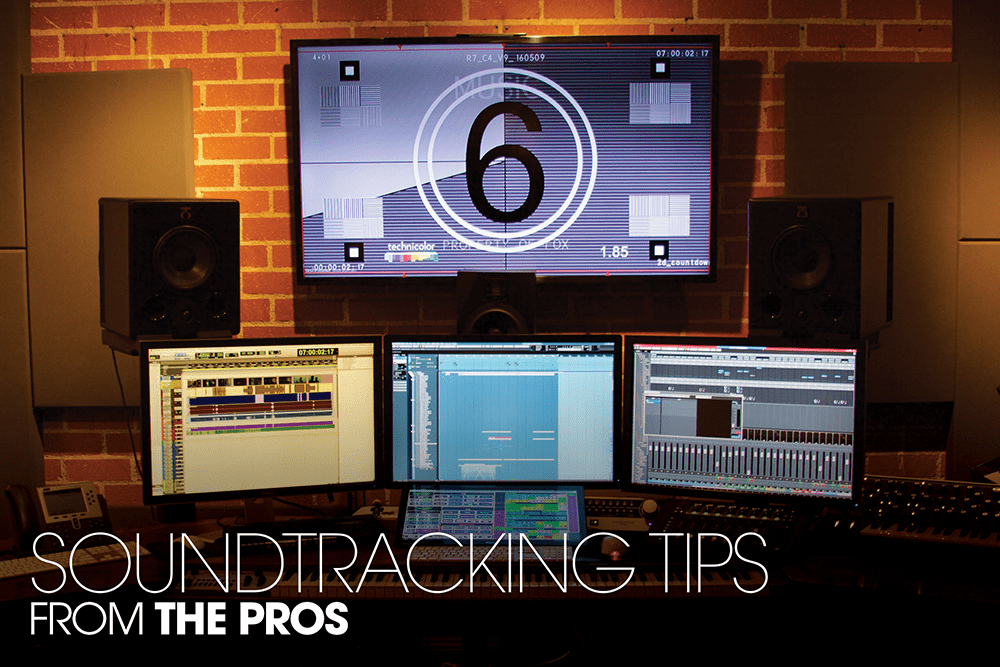 Whatever the themes, melodies, sound effects, riffs and complete compositions that make up your soundtrack, you will have to adhere to some technical rules as well. You are creative, but you are also constrained. It’s not just about your musical vision, so make sure that you’re able to stand back from the project. Watch the entire edit with your score in as detached a way as you can.

Is your music complementing the visual aesthetic or detracting from it? Is it too prominent? Your music should be underpinning what is there on screen, sitting behind it rather than shouting over the top of it.

Another important thing to consider: is the music getting in the way of the dialogue? Be careful in the region of 1 to 3kHz, as this is where the speech is and your music may become too forceful if it’s strong in these frequencies. There’s nothing worse – and more guaranteed to irritate audiences – than not being able to hear certain important speech elements and literally losing the plot because the music is overpowering.

When it comes to mixing your music, you obviously have to be careful in and around these dialogue frequencies. Consider your mix stage as a more dynamic one than you’re used to with regular mixing. Of course, you have 5.1 surround to play with here (although most soundtracks still don’t make use of surround in all its various guises) but even the dynamic range of the soundtrack as a whole will be larger than you’re used to, as film scores and their effects can be very loud. 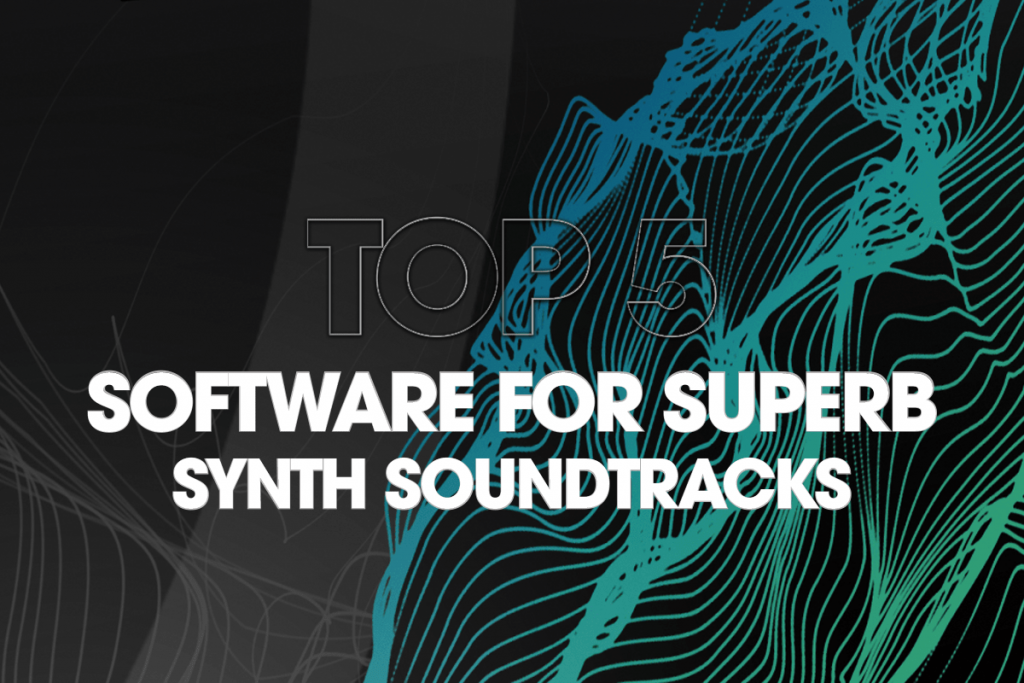 This feature has been brought to you by…

In the surrounding tutorials that accompany this feature (pun intended), we demonstrate how different cinematic moods are evoked quickly and efficiently in trailers. We look at the impactful trailer for Blade Runner 2049 and the more serenely dramatic trailer for Arrival, both science-fiction films from director Denis Villeneuve.

Load a commercial trailer into your DAW and use it as a template to create a typical piece of trailer music alongside, as you would load in any video. Very often, a specialist trailer composer might be drafted in to use elements of the final soundtrack, if the original composer can’t be used.

Soundtracking trailers is a good way to get into the music-to-picture mindset and, who knows, it could even be the start of an illustrious compositional career. Happy soundtracking!