Hollin Jones continues his exploration of the most cost-effective ways of creating amazing music. Making EDM on a Budget Electronic producers tend to work ‘in the box’ with a lot of synthesized or sample-based instruments, sounds and virtual effects. So any ‘real’ recording that they tend to do can often be a single track at […] 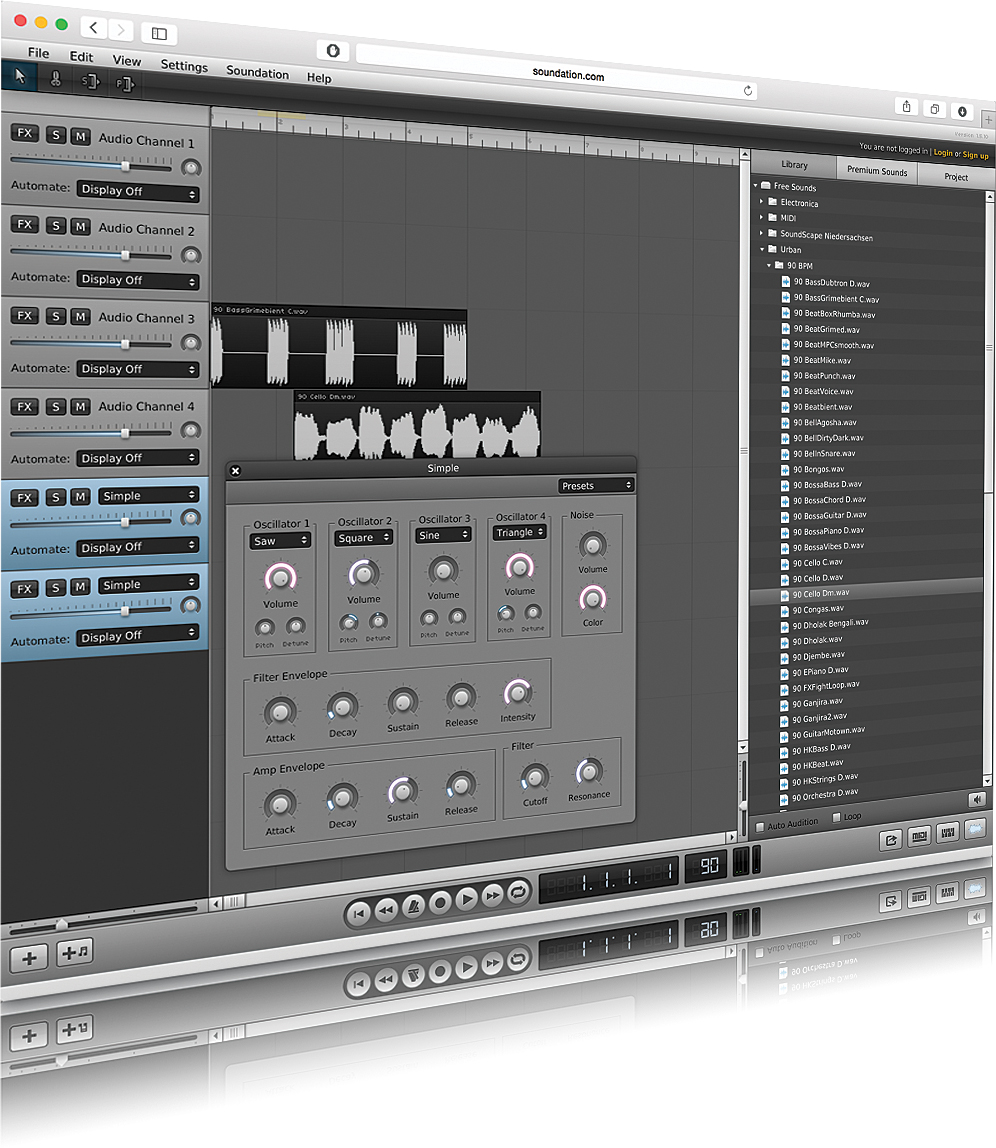 Hollin Jones continues his exploration of the most cost-effective ways of creating amazing music. 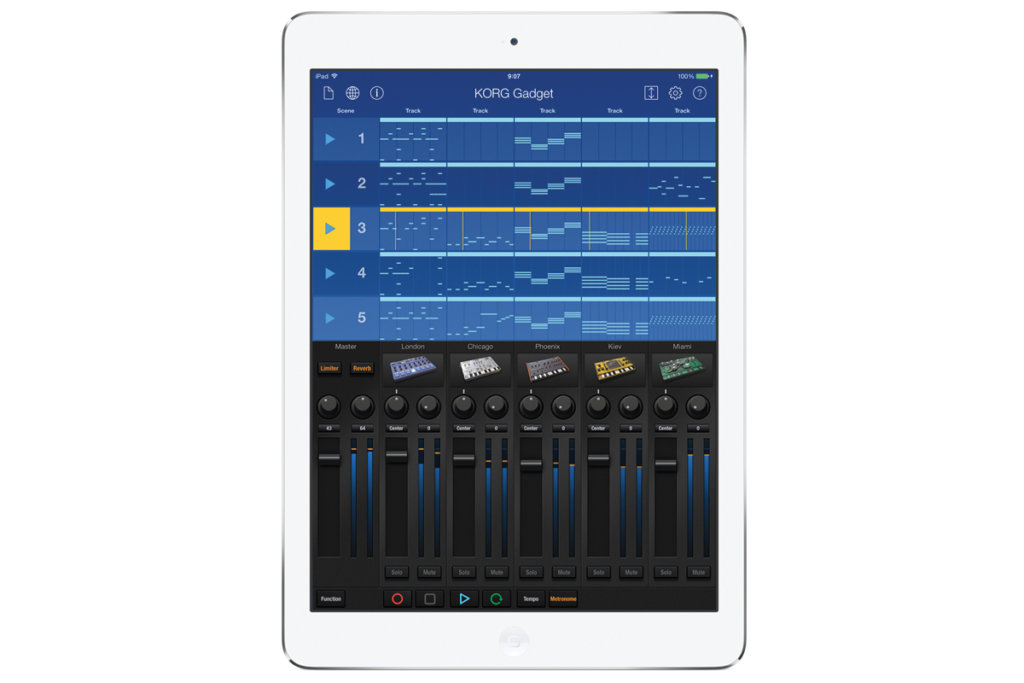 Making EDM on a Budget

Electronic producers tend to work ‘in the box’ with a lot of synthesized or sample-based instruments, sounds and virtual effects. So any ‘real’ recording that they tend to do can often be a single track at a time, such as a guitar or a vocal.

As such they may not need lots of simultaneous ins and outs and can get away with a smaller audio and MIDI interface, as the majority of the sound is being generated inside the computer. Even when introducing MIDI-triggered hardware this can usually be handled by a box with a couple of audio and MIDI ports connected over USB, as long as you don’t need to have it permanently plumbed in to your setup.

If you are making EDM you might want to look out for free or bargain loop, sample or plug-in bundles. There is some good free material out there and developers often have time-limited giveaways, so be sure to sign up to relevant mailing lists so you hear about them.

Apple’s iOS isn’t a bad place to look to make dance music on a budget, with great apps such as Novation’s Launchpad, Korg’s Gadget and other similar software letting you program and sequence some excellent synths and beats, stitch them into songs, then upload the results straight to free hosting services such as SoundCloud. As noted, iOS apps often let you add only the content or features you want via in-app purchases, making them, in some ways, a more cost-effective method to build a portable studio setup.

Making The Best of Your Recording Space

A lot of people who produce music are doing so in a spare room at home, maybe a bedroom or a box room. Thanks to modern technology and virtual instruments and effects you can achieve results in the computer that would have seemed impossible not so long ago, and indeed some hit records really have been made in the unlikeliest of domestic surroundings. One aspect that technology can’t fix so inexpensively is the acoustics of your room, but luckily there are things you can do yourself to improve matters.

Learn to Improvise
A professional acoustic treatment is ideal, and at the entry-level these can be relatively affordable, though still something of an investment. In terms of stuff you can do yourself, simply correcting some positioning errors is a good – and free – starting point.

Your speakers should be placed away from walls if at all possible, and certainly not in the corners of rooms, which tend to give a boomy effect to the bass end. Acoustic isolators are excellent for tightening up bass when placed under speakers, though in a pinch two identical blocks of substantial foam will do a decent job too. Some studios put their speakers on bricks or breeze blocks.

When it comes to recording there are some steps you can take to improve things even if you’re not in a proper studio.

Anything that you record with a mic can be improved by controlling the space around it. A portable isolator such as sE’s SPACE or Reflexion Filter can be used not just to create a pocket of dry space for a vocalist but also for a mic pointed at a guitar or bass amp, or a piano. It costs, yes, but not nearly as much as repeatedly hiring out a pro studio.

If even that is a stretch, you can box in the microphone that’s pointed at an amp using sofa cushions or even a duvet, and this will block out most external noise as well as letting you whack the volume up a bit.

Duvets or carpets hung on walls can help to cut down on room reflections, and many mics have switchable polar patterns or cut switches to help compensate for different recording situations. Guitar amps are often placed on crates or chairs to get them off the floor and thus focus their sound, and this is easy to do for free.

Studio Hacks
Recording drums at home is always going to be tricky and is perhaps the one thing you really ought to try to find a budget for, though if you can borrow a MIDI kit connected to a drum instrument you will remove the need for mics and massively cut down on the disruption for the neighbours.
For mixing and mastering it’s a good idea to get an analyser to strap across the master outputs.

This will show you how your signal is behaving before it reaches the speakers, so can be a useful guide. Blue Cat Audio’s FreqAnalyst is a free plug-in for doing just this.

Recording doesn’t just mean tracking in a studio, it can also mean capturing material while you’re out and about. The microphone in your smartphone can make a decent field mic, though you’ll get better results by adding either a dedicated add-on microphone for £20-£80, or indeed substituting a proper portable recorder with a stereo mic, which cost around £50 and go up depending on what features you need.

Any one of these solutions is great for recording ambient sounds, effects and even live performances. The mics on solid state recorders such as those manufactured by Zoom, Yamaha or Olympus are generally excellent. Where a device has a line input you can also take a feed, perhaps from
the output of a live sound desk, and record a live mix of a performance.

Build Your Own Instruments
It’s also possible to create your own sampled instruments, but it does require some skill and the investment of a certain amount of time. The actual recording is a matter of capturing each note of your instrument whatever it may be, usually at a variety of intensities such as soft, medium, hard and very hard. This can be done by recording repeated takes into a simple wave editor, and there are many free and inexpensive ones available online.

After naming the clips and saving them individually you should end up with a bunch of samples for each note, or at least one per note. These need to be consistent in how you record them so that the final instrument will sound coherent. It’s much easier for simple kit, such as old beatboxes, where you have fewer sounds and velocities, and key mapping is simple. For instruments such as guitars, pianos, organs and the like, it can be more fiddly.

Environmentally Friendly
You’ll need an environment in which to build your instrument. NI’s Kontakt is the most popular, though of course it is not free. Logic’s EXS24 and Reason’s NN-XT are also adept at building instruments, though they only come as part of those DAWs. Each also tends to create instruments in its own format, so you may not be able to port them easily to other platforms.

The process of actually building an instrument is time consuming, but essentially involves mapping your samples to corresponding MIDI notes, using velocity layering to control which samples play back when keys are pressed hard or soft, and perhaps also using filtering , looping and time- and pitch-stretching to account for different playback methods.

Sampling your own loops is easier, but you’ll need to be aware of copyright issues if you are sampling someone else’s music. Loop manipulation is easy in many applications and lets you mash up and randomise sounds, which is an easy way to turn uninspiring loops into something much funkier. Going out and making your own sounds is a good way both to develop an original style and also potentially to make money if you can sell what you create.