In The Box Mastering – Addendum

In this addendum to our huge in-the-box Mastering feature we present some context going in to detail on some of the key concepts underpinning it… Integrated Loudness Without going into the maths, ‘integrated loudness’ is essentially a measure of the average short-term loudness over the track. However, to prevent long periods of silence from bringing […] 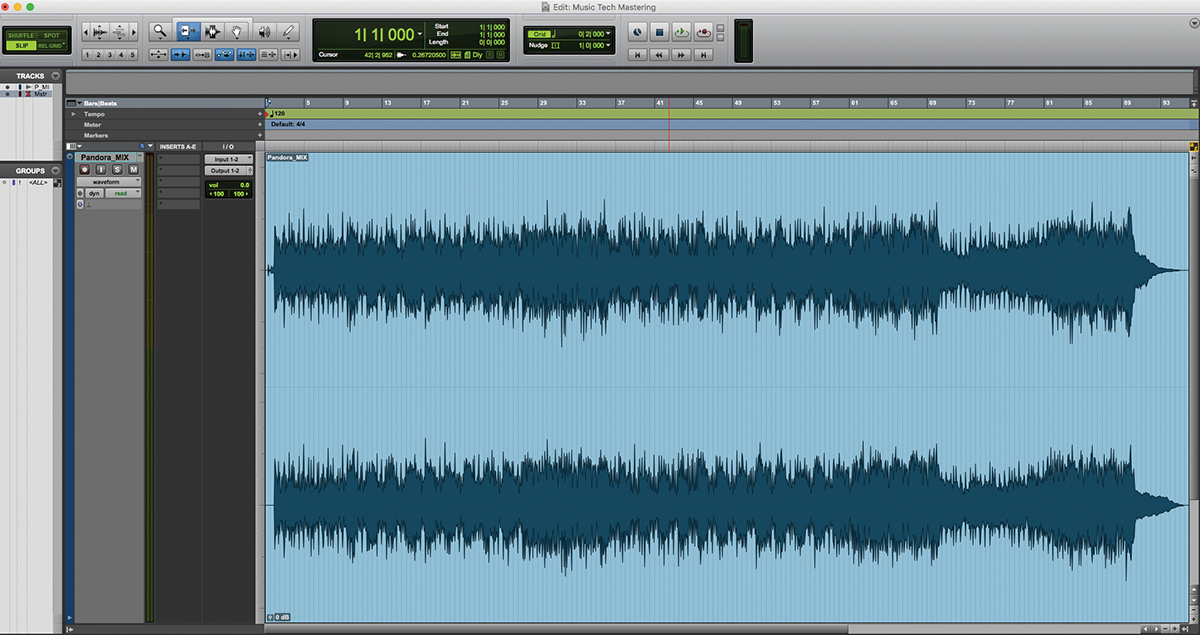 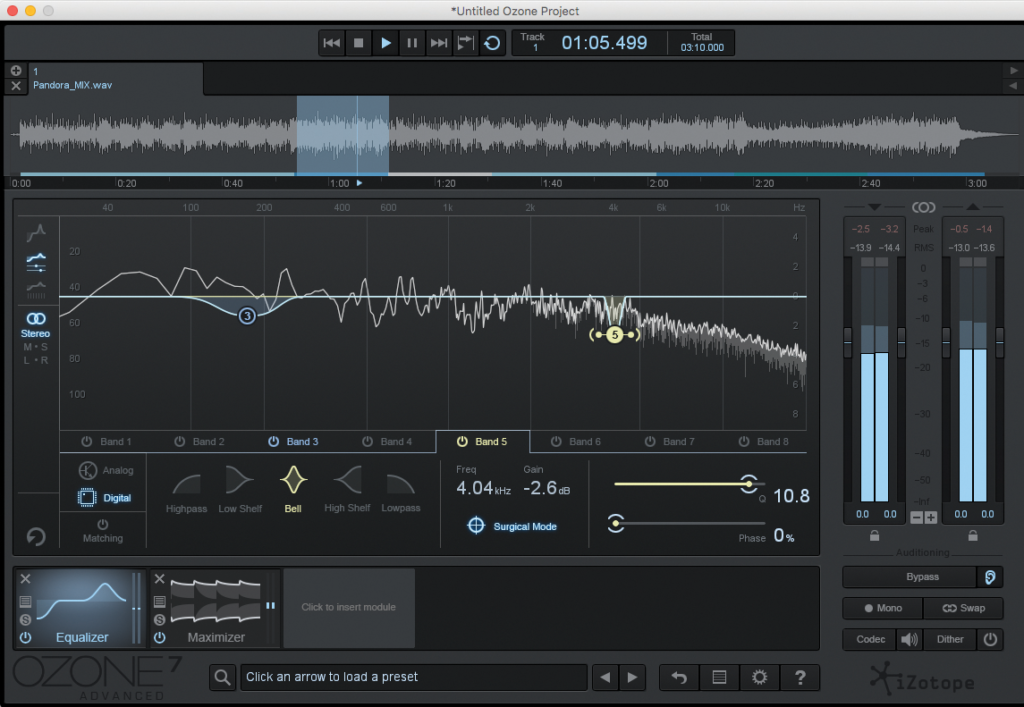 Without going into the maths, ‘integrated loudness’ is essentially a measure of the average short-term loudness over the track. However, to prevent long periods of silence from bringing the integrated loudness down, the meters stop integrating the measurements whenever the signal drops below a threshold of -10 LU (relative to the un-gated measurement).

This means that you can’t trick the system by adding long periods of silence to the end of your tracks to bring down the integrated loudness.

While peak meters will provide a sample-accurate measurement of any peaks in your audio signal, when the signal is converted from digital to analogue, inter-sample peaks can still cause distortion problems with some systems.

Similarly, these inter-sample peaks can cause problems when converting from a lossless audio format, such as WAV, to a lossy format, such as mp3. Try to use True-Peak limiters and True-Peak meters to avoid any inter-sample clipping, or alternatively, leave an extra dB of headroom available at the end. Peaks at -1dB and a loudness of -11 LUFS should still give you plenty of impact and level.

In addition to using a low loudnes-normalisation value of -14LU, Apple has made other steps to try and improve the quality of music available from its store, or streaming services. Apple’s AAC codec has been designed to take advantage of higher bit-depth and sample-rate files, and Apple suggest submitting songs as 24-bit/96kHz where available. Additionally, Apple suggests that files should peak at -1dBFS. This little bit of headroom ensures no inter-sample distortion is captured in the AAC file. 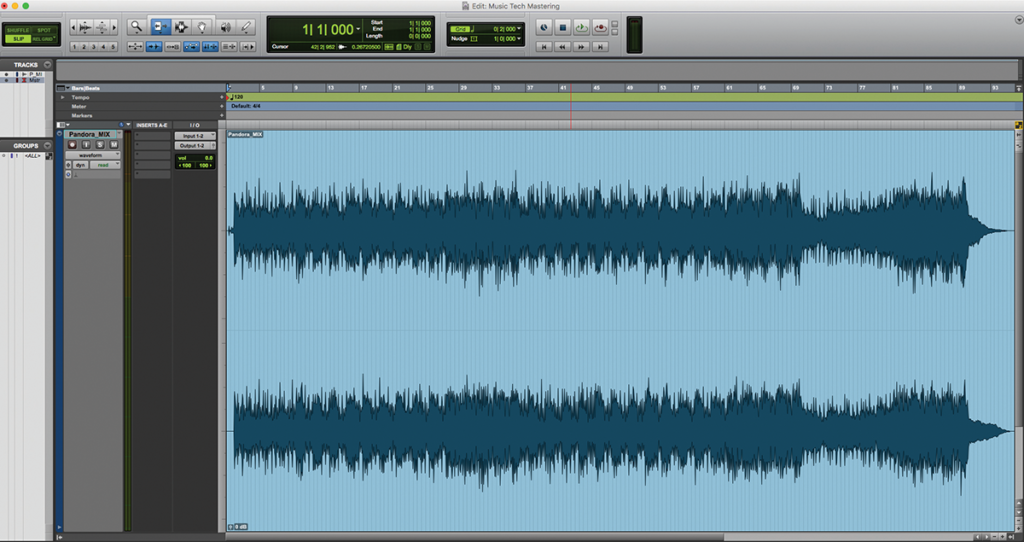 DAWs and meters occasionally use different methods for calibrating their RMS measurements, using square waves rather than the standard sine wave. This results in an RMS reading that is approximately 3dB lower than a sine-wave-calibrated RMS reading.

As the AES stipulates using the sine-wave reading to calibrate RMS levels and the LU meters use a similar calibration, you should aim for a value of -14dB RMS on square-wave-calibrated meters, or risk mastering your tracks too loud.

In the fight for louder and louder masters, several stages of compression and limiting were often applied to try and squeeze every last drop of level out of a master. In the new loudness-normalised paradigm, this will only result in flat, dull masters which sound lifeless next to more dynamic, uncompressed tracks. 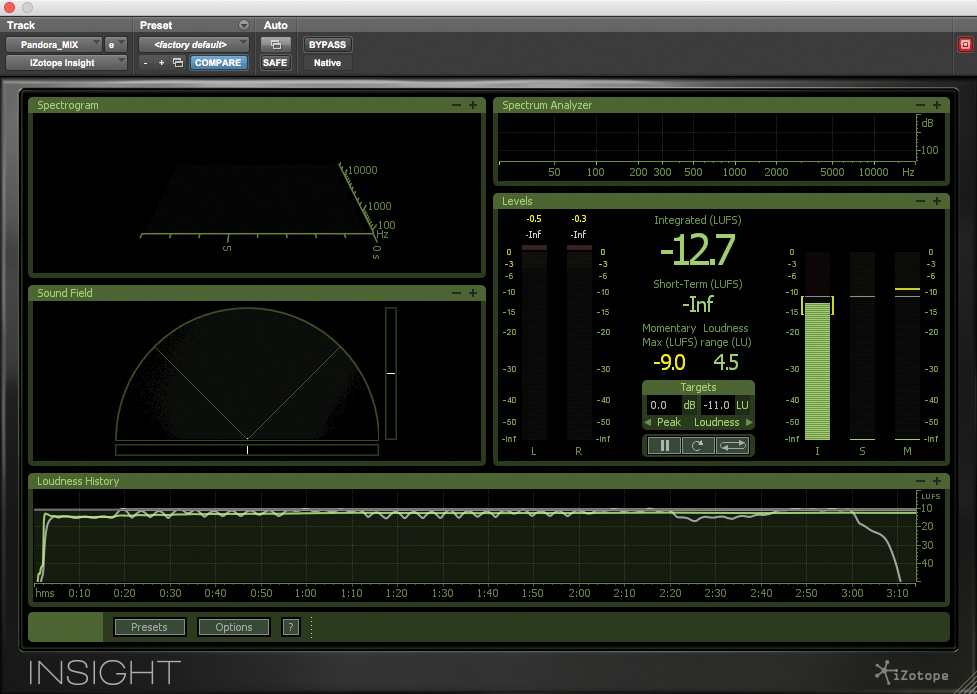 But both compression and limiting still have a place. Compression tends to be used at lower thresholds, and so has a bigger impact on the overall tonality and cohesion of a mix (a little can go a long way here), while limiting is almost transparent when used only on peaks. However, it should be used sparingly.

One of our favourite mastering tricks is stereo-image manipulation. Advanced frequency-dependent tools exist for shrinking the low end and widening the top end; but often, just a simple full-band expansion of around 10 per cent can be all that is needed to give a track a little extra dimension.

It is easy to overuse, however, and a skilful mastering engineer will know when a mix should be shrunk rather than expanded in the stereo field, and will even occasionally automate the stereo width through a song to bring extra attention to choruses.