The Bluffer’s Guide To Synthesisers

Just why are synths so popular? Take a swift walk through the history of the synthesiser with Rob Boffard and you’ll be hooked You’ll come across a synthesiser pretty quickly if you’re involved in music production, particularly electronic music production. Perhaps you’ve already had a chance to play around with one – and you’ve almost […] 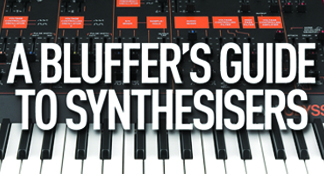 Just why are synths so popular? Take a swift walk through the history of the synthesiser with Rob Boffard and you’ll be hooked 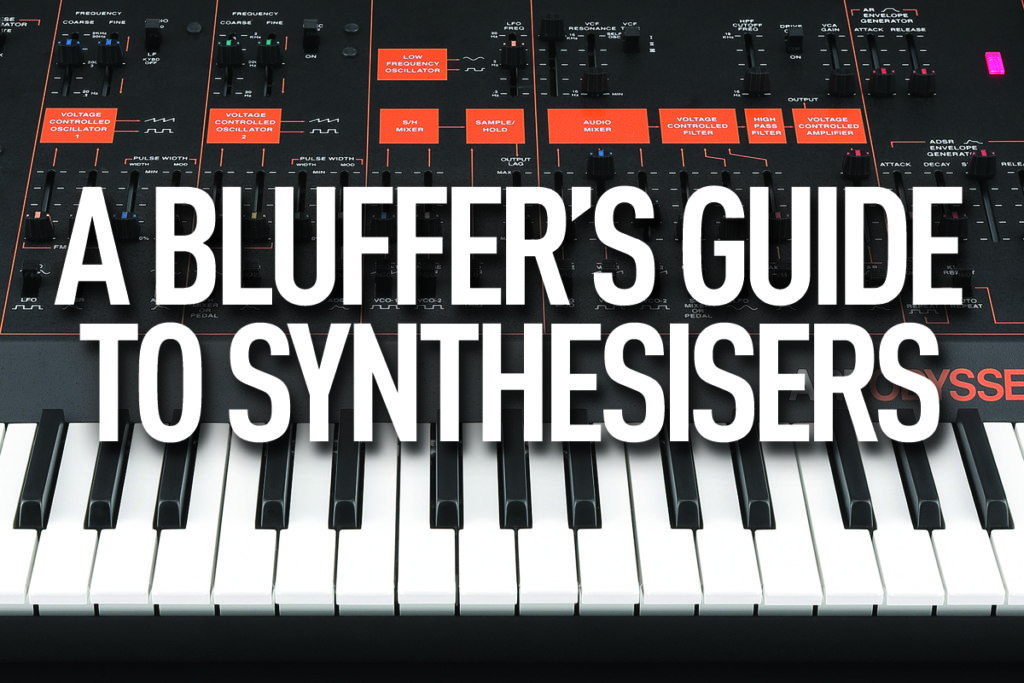 You’ll come across a synthesiser pretty quickly if you’re involved in music production, particularly electronic music production. Perhaps you’ve already had a chance to play around with one – and you’ve almost certainly heard the sounds they make. That buzzing, slightly artificial sound that makes dance and dubstep feels so good? That’s a synthesiser. But if you’ve never used them before, then they can be daunting…

It’s rare to find one, certainly among mass-market plug-ins and hardware, that doesn’t have dozens of knobs and faders on it. If you’re not familiar with how they work, then you’ll find yourself stuck in a world of presets. And that’s no fun at all. Fortunately, understanding how synthesisers work is actually relatively straightforward once you understand the basic principles. That’s what we’ll be looking at in this guide.

Back to Basics
Take a tone. That isn’t a euphemism for something. Just think of a tone: a single, unvarying note. It doesn’t matter which one. Now combine that tone with another one – perhaps one an octave higher or lower. Congratulations: you’ve just synthesised a new sound, with its own timbre and character.

This is the underlying principle of synths. A synth generates a tone, or a set of tones, and combines them to form new sounds. These tones express themselves as electrical signals, which enable the sound to be played through speakers, and come from components that are known as oscillators. Synthesisers are usually, but not always, controlled with a keyboard.

The fun part comes when you start altering the combined tones, or mixing them with other sounds. By adding in things such as filters, low-frequency sounds, envelopes, noise and the like, you can create a theoretically infinite palate of sounds. You can mimic real-life instruments, create brand new ones, or engineer an exciting combination of both. The synth is the ultimate production tool, and there are good reasons why producers obsess over them

Although there are theoretically an infinite number of tones, you’ll find that there are a few common ones that get more use than most. The basic sound ingredients start with waveforms such as sawtooth, square and triangle, and they all have differing characteristics.

There are several different types of synthesis, such as subtractive, additive, wavetable and grain. We’re not going into these here, as we could take up hundreds of pages of this website just delving into the possibilities of each one. But to give you an idea, subtractive synthesis is the one that you’ll encounter the most. It takes a set of signals and attenuates them using filters – subtracting from the sound to create a whole new set of harmonics. Think of this as mixing different types of concrete together to create a new substance, letting it set, then attacking it with a chisel until the shape you want emerges.

At the Controls
Once you’ve got your oscillators going, it’s time to start meddling with them. There are a few tools you’ll have at your disposal on any synth, and it’s worth knowing what they are.

Firstly, there’s the low frequency oscillator, or LFO. This is a special type of oscillator, in that it’s not actually audible until you apply it to your existing sound. Essentially it pushes a low-frequency pulse (generally under 5Hz) through your sound, causing it to ‘wobble’. You can hear examples of this in dubstep basslines. Like regular oscillators, the LFO has distinctive shapes, and the amount you add in controls how fast the oscillation is. You can also sync it to the tempo of your song to match the rhythm, making it a very handy tool. 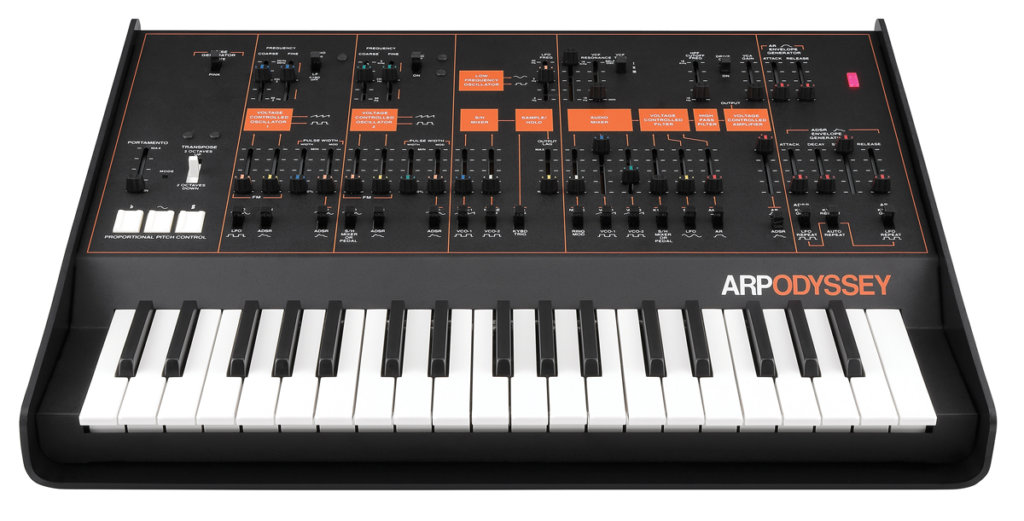 A (Korg) ARP Odyssey. This is a classic synth albeit in modern form, based on a 70’s and 80’s synth, and re-engineered by Korg and one of the original designers

Then there are filters. A filter enables you to select a particular frequency within a sound, and increase or decrease its impact. This modifies its harmonics, which mean you can create some truly wild sounds – particularly if you automate the filter. If you’ve ever heard rising rush before the main part of a dance track kicks in, you’re hearing the effect of a filter.

You can also use envelopes to manipulate the sound. It’s important to remember that a synth note is a musical note, just like any other. You can control how fast it comes in (its attack) and how fast it fades out (its release) – these are the easiest to understand, and the ones you’ll be using the most. You can also control the level the sound plays at throughout its duration (the sustain) and how long it takes to get from the apex of the attack to that sustain (the decay). 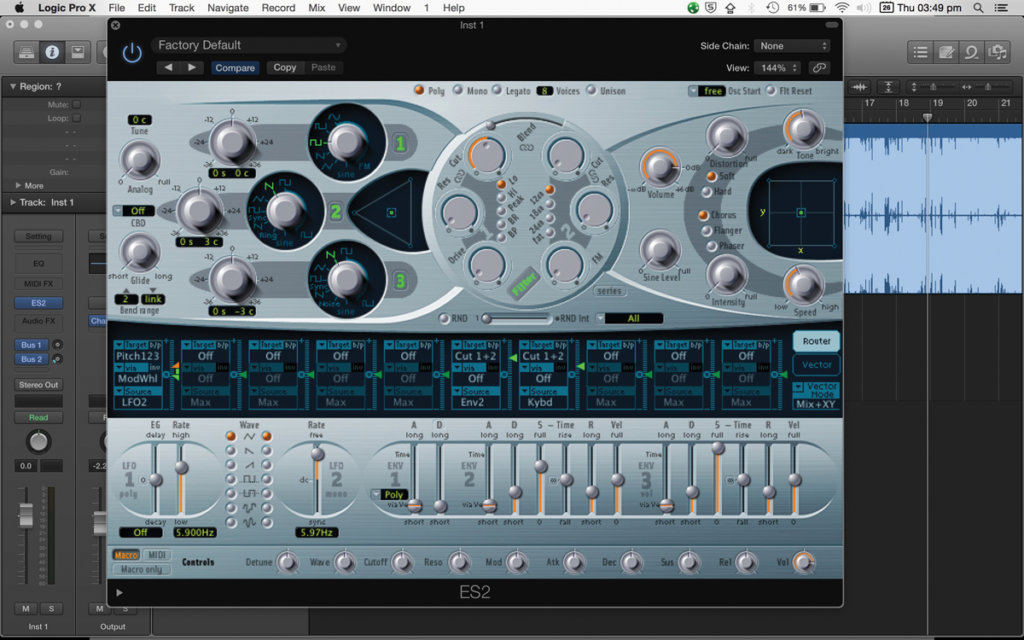 Logic’s ES2 Synthesiser. Note the oscillators and their related shapes. In this case, we’ve picked square and sawtooth oscillators

Those are just the basics. Most synths will have a multitude of other tools enabling you to mess with your sound. But if you can get your head around oscillators, filters and envelopes, you’ll have a good grounding in what synthesisers are and what they do. Understand those and you can create any sound on Earth. Grab a freeware synth – there are loads online, and any DAW on the market will come with a few – and start messing around. You’ll find you get the idea very quickly.

One of the slightly frustrating things about starting with synthesisers is actually figuring out where the controls are. This is worth mentioning because many people will get their start on software synthesisers, and for some reason, manufacturers often try to mimic the design and layout of hardware synths. What you end up with is a collection of knobs and faders on screen, which aren’t intuitively laid out and are sometimes a little bit fiddly to use with a mouse. Unfortunately, this is something that you’re going to have to get used to. It stops being a problem once you’ve found a synth you’re comfortable with.

Hard Versus Soft
There is no subject in music-making more nerdy or more filled with anoraks than synthesisers. We mean this in the nicest possible way. It’s because of those anoraks that we have such fantastic sounds at our disposal. But for anybody new to synths, it’s a bit like having someone explain Game Of Thrones to you when you haven’t read the books or seen the series. It’s all incredibly fascinating, but it is also immensely complex. 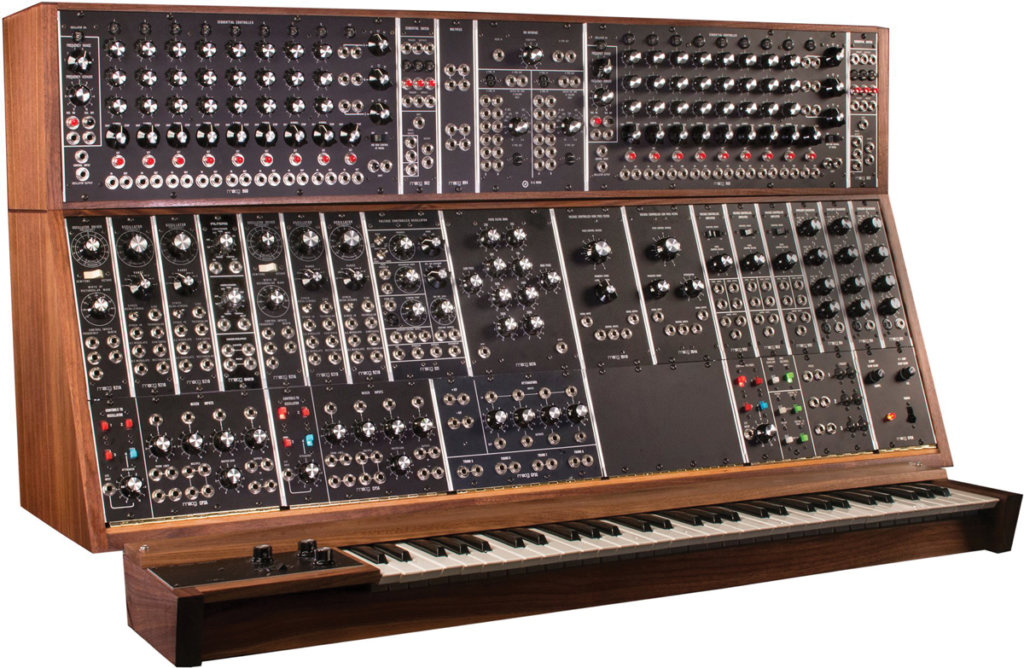 The Moog System 55 Modular Synthesiser costs an expected whopping $35,000 and is based on three classic Moogs. Needless to say only aficionados need apply…

This is because synthesisers go back a long way. They were around decades before Macs and PCs came on the scene. Anyone wanting to get involved in synthesiser work in the 60s or 70s needed a basic knowledge of electrical engineering as well as Buddhist like-level of patience for when things didn’t work out as planned. They also needed a massive spare room to put the bloody things in – early synthesisers were absolutely enormous.

Certain synths are indelibly linked to certain genres – the Roland TB-303 was a bass synth that kickstarted a lot of dance music, for example. Going into the full history of synthesisers would, as before, take up a lot more room than we have here, but as you’d expect there’s plenty online if you want to investigate. You’ll soon become familiar with names such as Korg, Moog and more – all of which still make killer instruments today.

The crazy thing is, even now, when software synths are just as powerful and versatile as those old dinosaurs, there’s still an enormous market for hardware. There’s a very good reason for this. The circuitry in some of these models, old or new, is often exquisite, producing sound quality that is just unbelievable. The downside, of course, is that they can be amazingly expensive.

Moog, one of the godfather companies of synths, recently announced a System 55 modular synthesiser that replicates classic Moogs. Want to buy it? You’ll need $35,000. But, then again, you could get your self a Novation Bass Station II, a common enough sight in many studios, for just £400. 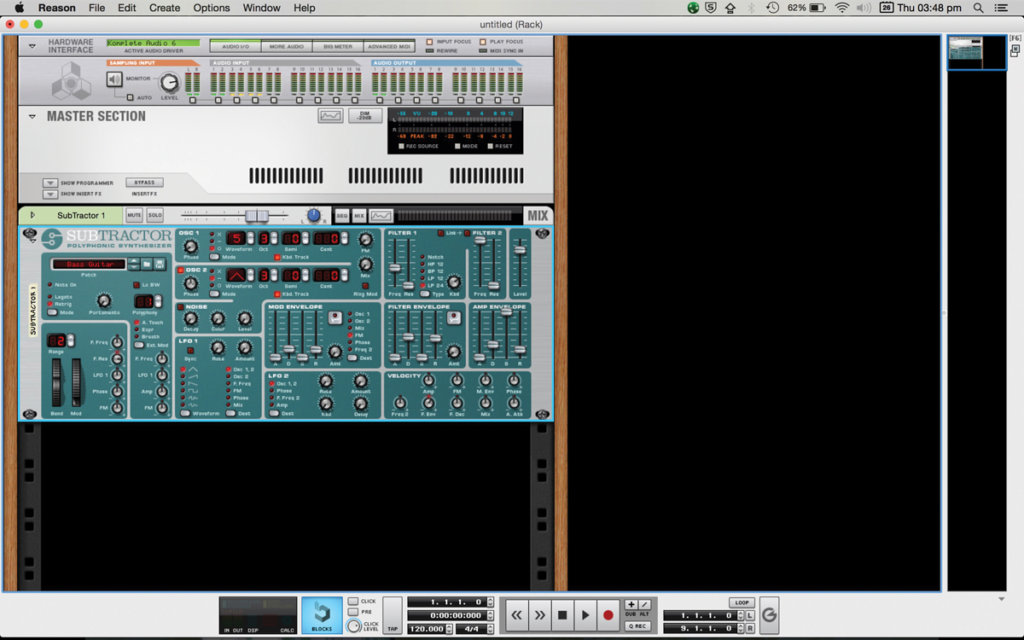 If you still can’t afford these there are still plenty of fantastic software synthesisers that you can use. Companies such as Native Instruments, u-he and LennarDigital make some truly amazing software instruments. These often come with stacks of presets to play around with, too, so you’ve got no excuses.

Dive In
We can’t emphasise enough that this guide is only scratching the surface. The quickest way to figure out what synths can do, and where they can take you, is to dive right in. It’s only by playing around that you’ll figure out exactly what your chosen synth can do. And when you do get going, you’ll find that synths are a huge amount of fun… 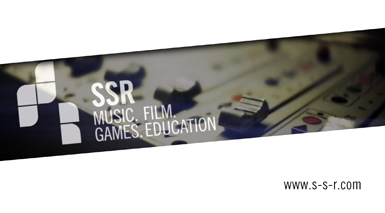