You’ve got your ideas down into your DAW. They might be loops or simple scratchpad ideas. How do you flesh them out into full arrangements? Read on… 1: Use Looping Creatively You will probably find that whatever DAW you use, you will be positively encouraged to use loops at some point in the production process […] 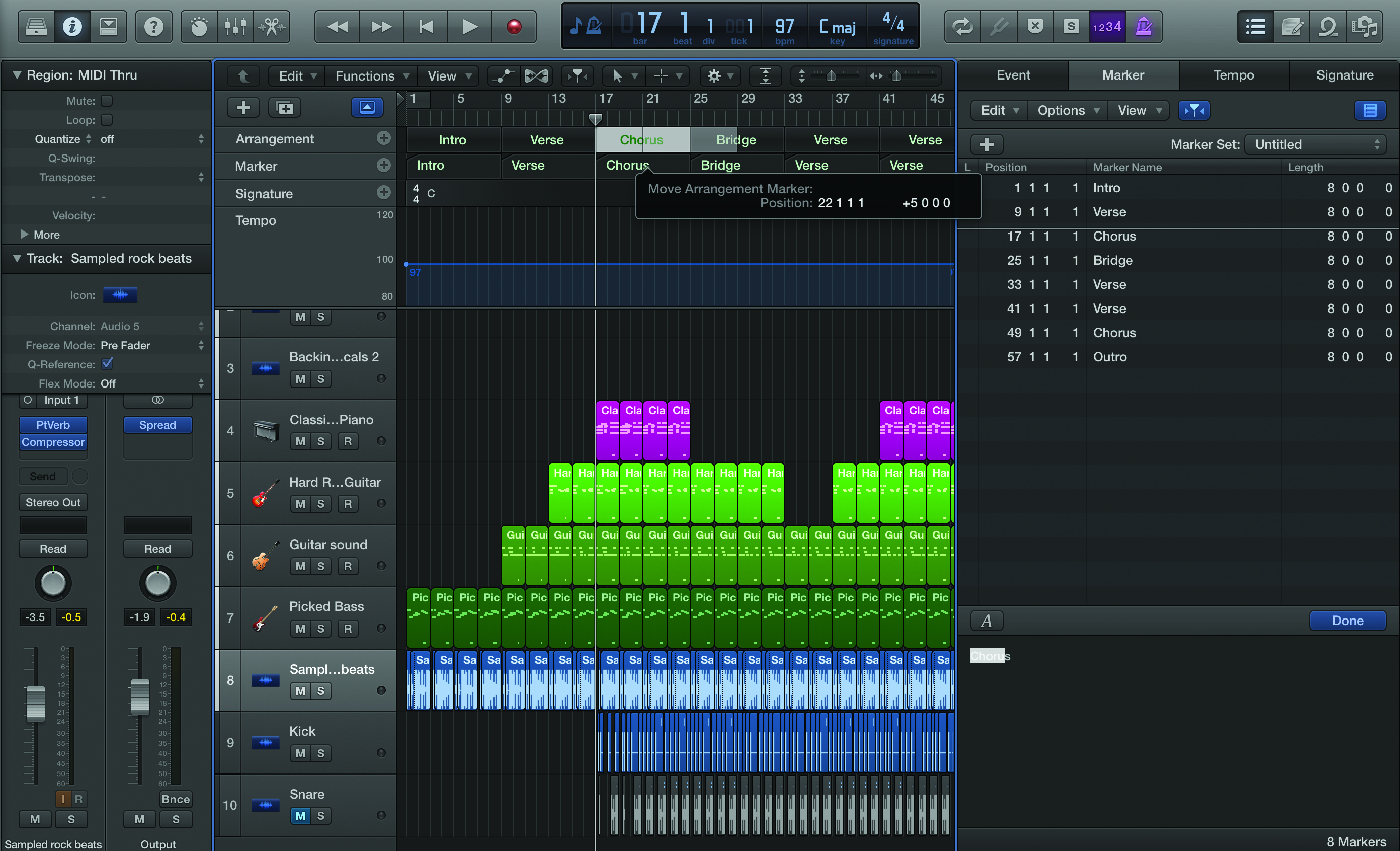 You’ve got your ideas down into your DAW. They might be loops or simple scratchpad ideas. How do you flesh them out into full arrangements? Read on… 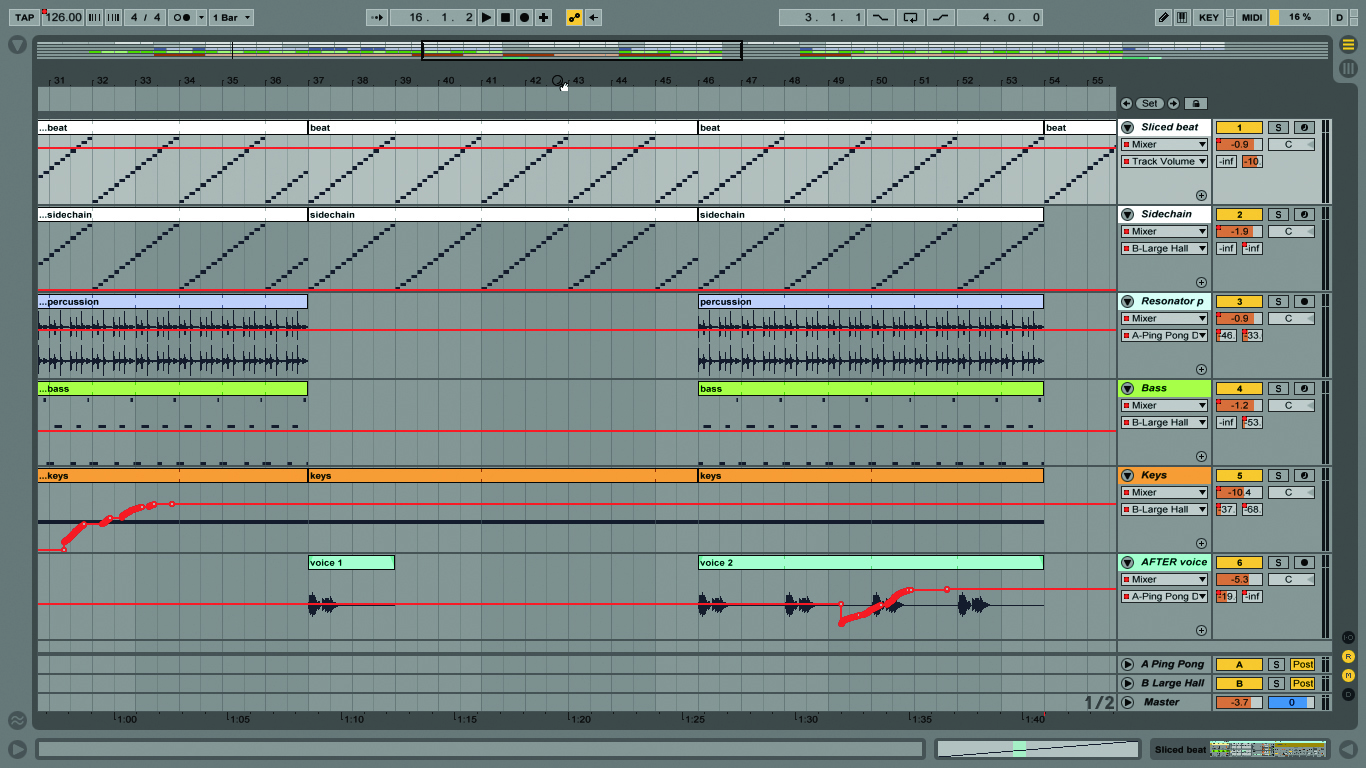 You will probably find that whatever DAW you use, you will be positively encouraged to use loops at some point in the production process – usually at the start. And this, by and large, is a good thing.

It gets to the heart of why you are using technology in the first place, as looping enables you to try musical ideas together very easily and very quickly. You can build all the elements of your song together using loops – bass, drums, leads, guitars – and then the main arrangement process starts.

All good so far, but we’d also add the caveat that people are getting a little too reliant on loops – and looping does lead you down certain paths and towards certain genres. So, our current thinking is that looping is great at the start of your arrangement process, and we’d even encourage people who don’t do it to try it.

Like we say, every DAW is a click away from a loop. Ableton dominates its part of the DAW world because of the loop, so use it, but be clever. Have them running at different lengths from each other (again, Live is great for this), have them jumping around, be less rigid with quantisation within them.

Think free, be free. Don’t let the loop rule you, you rule the loop. And once you have them in line, then…

2: Don’t Be Afraid To Stop Looping 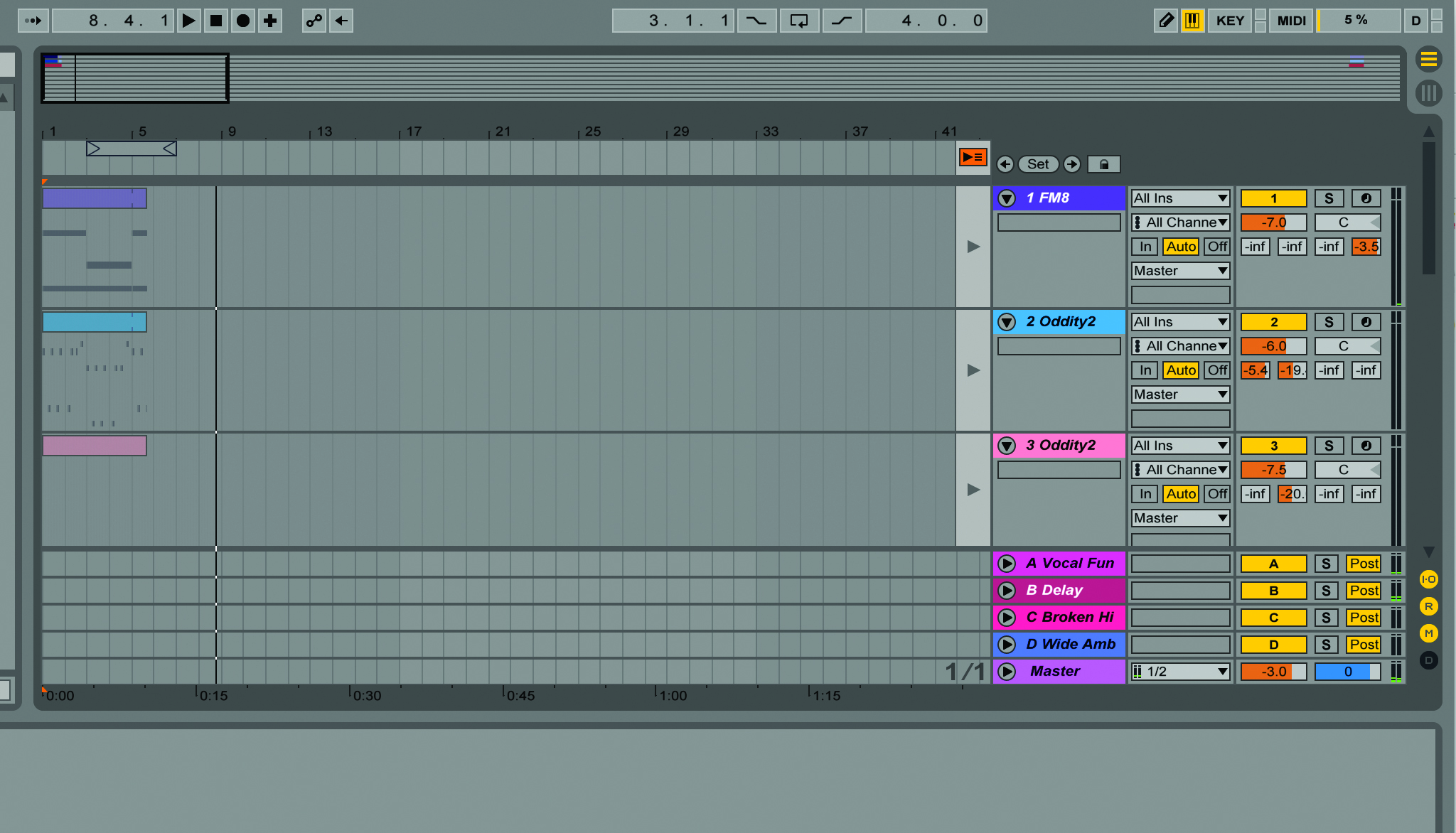 After decades of making music, we think we know the Big Secret, the doorway to a finished track, and this it. This is the point, the one tip that will make yo investment of time in reading this article on MusicTech.net, worth it. This is the Holy Grail, The Area 51, the Crystal Skull (okay, not the Crystal Skull) of music making: the ‘one thing’ that people need to know about DAW use and making music with technology.

Okay, it’s obvious, right, and you might feel slightly disappointed after our big build up, but this really is important. Technology – an increasing number of grid controllers, hardware sequencers, plus every software DAW – will encourage you to loop, and you will sound excellent by doing so.

But the next step is the crucial one, the one that takes you away from every other bloody looper on the planet. You are the girl or the guy that stops looping and starts arranging. And you know what? It’s…

3: Easier than You Think

In certain DAWs like Live, arranging can simply be a matter of recording whatever clips you launch and stop – all movements get recorded, and you can tweak them afterwards if you make any mistakes. Lo and behold, you have an arrangement! In other DAWs, arranging is perhaps less obvious, but one sure-fire easy fix for any DAW is to copy the loops you are so happy with and repeat them for the duration of a song.

Then it’s simply a case of deleting certain parts of your new arrangement as the song progresses. More experienced DAW users might see this as a cop-out or a ‘cheat’ way to arrange, but it’s what DAWs were built to do: easily repeat stuff so you don’t have to play it again.

So make use of it, but, like everything in the world of music production (and indeed life), use it in moderation… 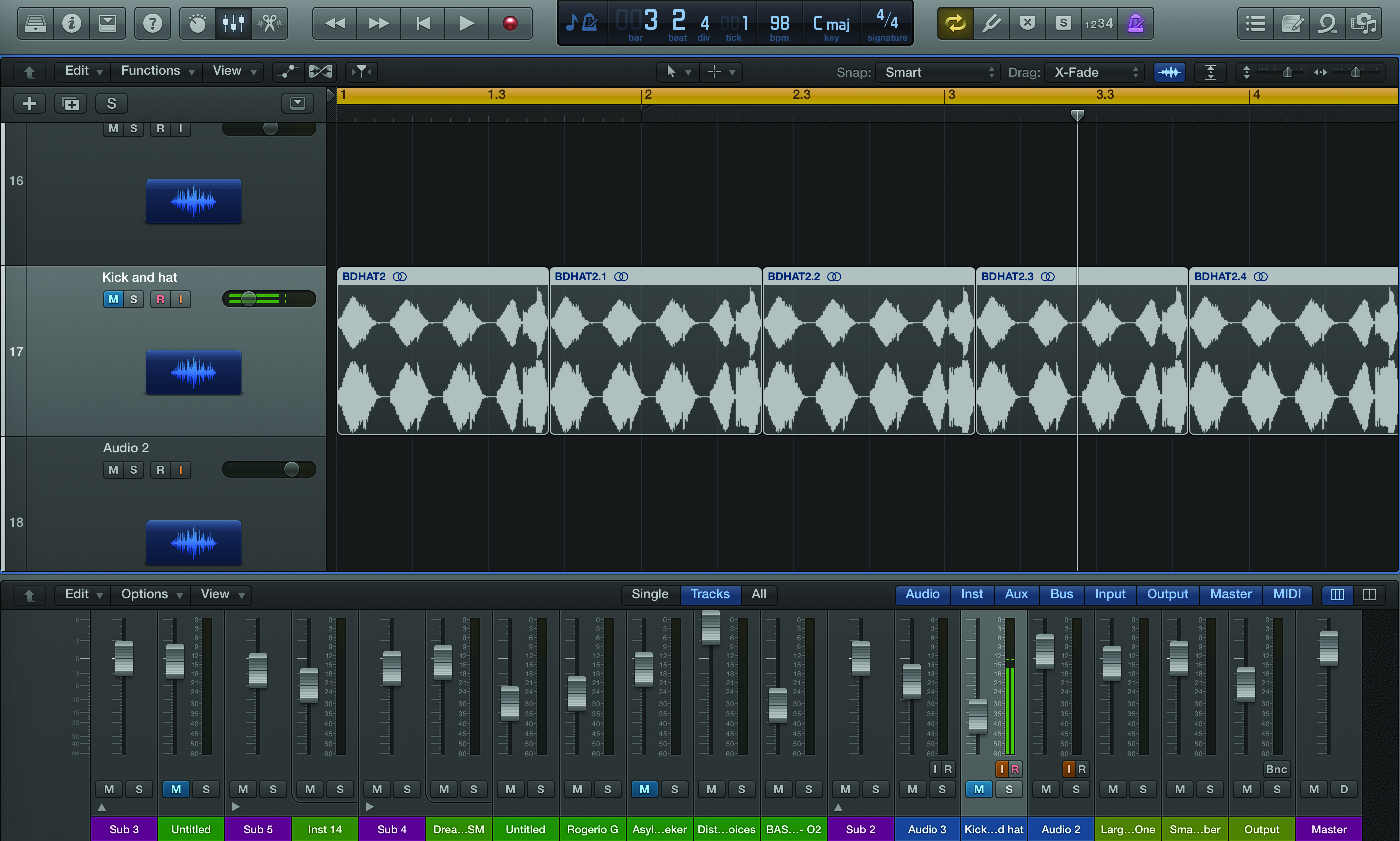 Do dance music? Been told your music is formulaic? That’s not such a bad comment, actually, because dance music does demand a certain amount of formula in the arrangement.

We’ll gloss over the arguments that say that it’s the blander and formulaic styles of dance music that are killing it – people have been saying that for three decades now – and point you in the direction of some of the more obvious rules instead… Open with your beats.

Obvious, yes, but DJs will want to mix your beats, not your notes. Technology such as NI’s Stems is making this one a little more redundant, as DJs are getting more and more access to your song parts, but it’s still safe to open on a bunch of tuneless beats than it is your breakdown. There are other arrangement tips, which will be specific to your genre of music, so a really useful and more general tip to follow here is…

As with mixing and mastering, learn from the pros with arranging. And the best way here is obviously to listen to other artists’ arrangements.

Consider even loading an entire song into your DAW by someone else, but one similar to the style you are producing, and noting its intro length, verse lengths, breakdowns, choruses, everything… Map out your production in the same way using your DAW’s arranging tools

Many have built-in arranging features that allow you to title parts of your production as intro, or verse etc, and then move them around in big chunks to various marker points. In this way, you’ll quickly produce an arrangement and wonder why you were ever stuck with just a few bars of loops in the first place!

Important one this – almost as important as the ‘break out of the loops’ one. You could argue that by us saying ‘use loops’ and ‘be formulaic’ with your arrangements, we are contributing to the death of music. And you’d be right! Kind of. Actually, we’re only advocating using these two methods up to a certain point in your productions, or during your music-making careers.

Sooner or later, you will have to break the mould of whatever genre you are producing and try and make your own mark on it. There is so much music these days, in so many different areas, that in order to stand out, you have to do something a little different, and sometimes this may just be something a little different in your arrangement. So look at what everyone is doing and tweak it.

An extra kick here? A few extra bars on a breakdown? More percussive elements to add swing? All these and more can be scattered across an arrangement to help take it up a level. 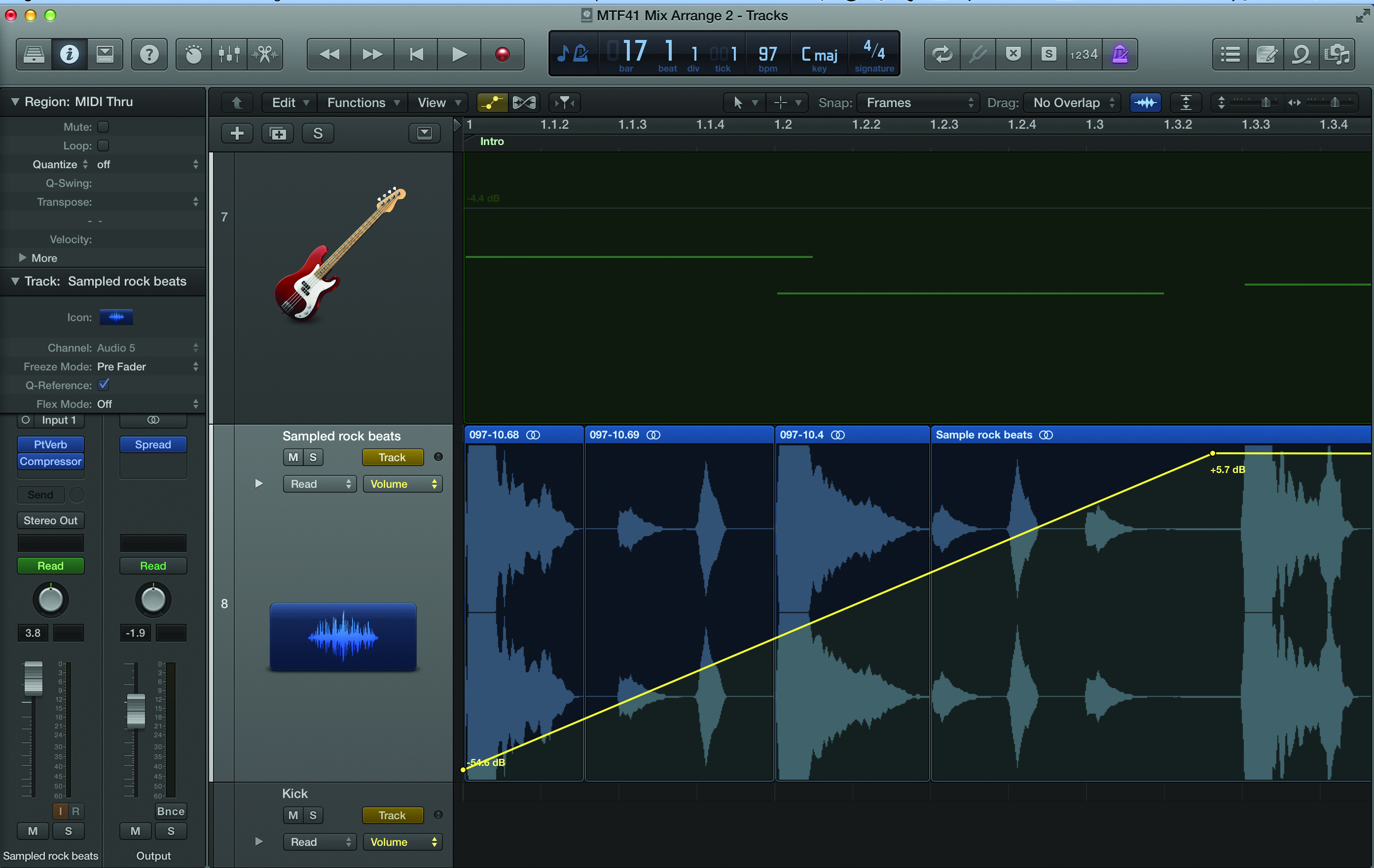 To our minds, automation is one of the great music technology advances. It’s up there with MIDI, virtual instruments, audio recording and Bro Country. It’s yet another DAW feature that saves you time and enables one person to do what, at one time in our music-making history, was a job for a few people.

This can be as simple as fading tracks in and out, but go a few steps further and you can automate instrument parameters so that a synth, for example, will change in sound while it’s being played, or effects could be added during a chorus, or even the tempo could be slowed down or speeded up. Almost anything can be automated, so while DAWs encourage looping, they also encourage the variation of these loops with automation. 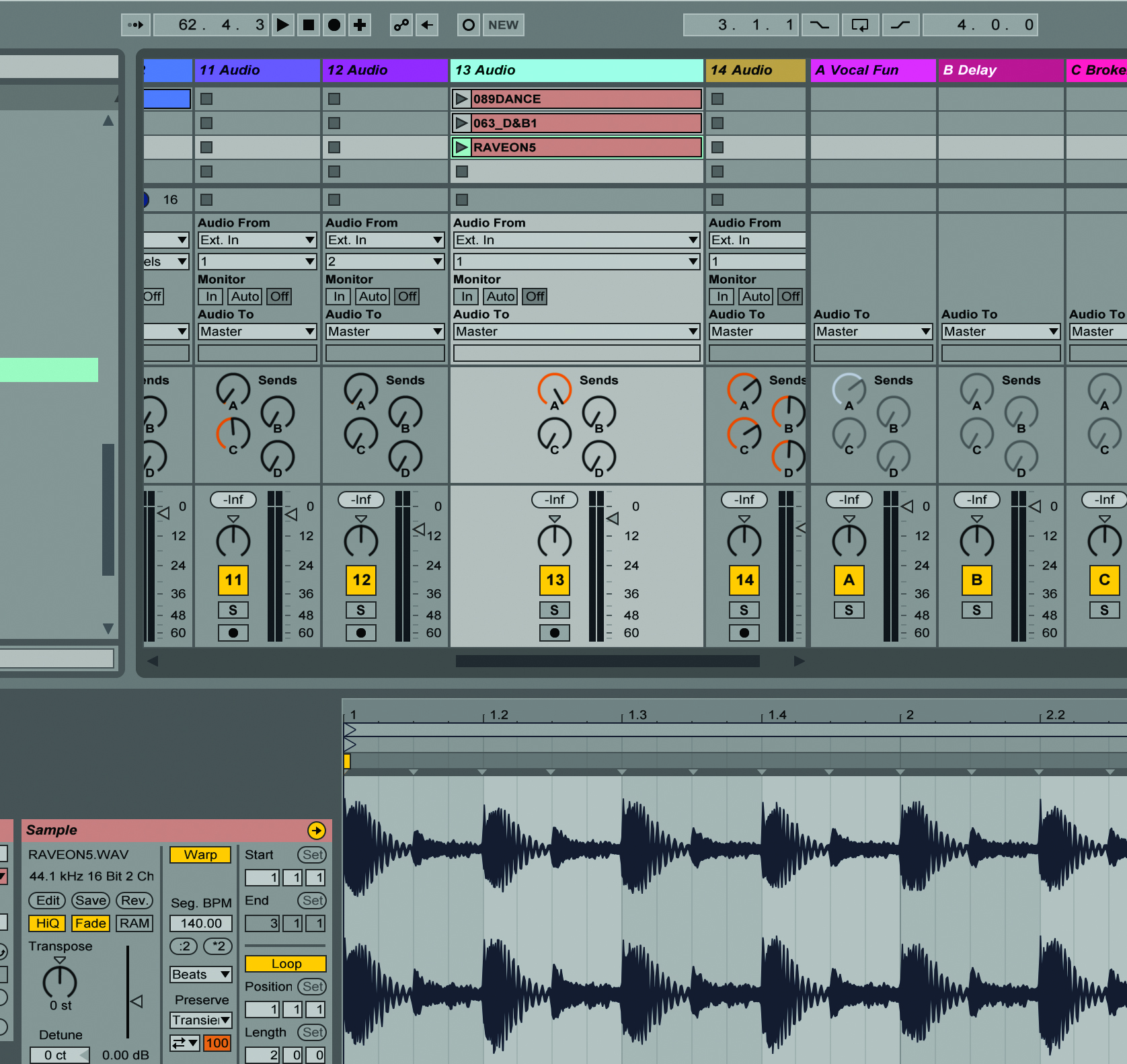 The real beauty of the DAW – and we really are finding many things to thank our software friends for here – is that once you have a good-ish idea, you can tweak and refine it (pretty much forever if you’re not careful, so read our tips on finishing!), or you can just leave it or come back to it. Consider a third option, though, one that is perhaps an extension of the ‘Don’t follow the formula’ rule: the remix!

It’s likely that up to this point, you’ve been working on a particular tune in a particular style. We previously told you to tweak it and break the mould, but at this point in your arrangement, it could also be time to twist it and smash the mould by remixing. You can try a couple of very quick tips here to change your tune very quickly, before we step into an entirely new tutorial on remixing (check MusicTech.net for plenty of guides on this).

First, change your beats, or lose them altogether. Stick something else – other beat loops – beneath your song and see what happens. Blend generic elements – dark trap with hip-hop, techno with country, and so on.

Sounds crazy, but a thousand sub-genres were born this way. Also consider radically changing your tempo, or simply shifting your MIDI tracks up and down to hear how notes played on one instrument play on another. Beautiful accidents can happen this way, and the charts are full of them…