So good was the reaction to our first ‘6 Ways To Make Your Studio Look Cool’ feature, we’ve come up with another six ways to make it look even cooler. And when you’ve done all 12, send in a photo and be featured in the mag! A great-looking work space is also a great creative […] 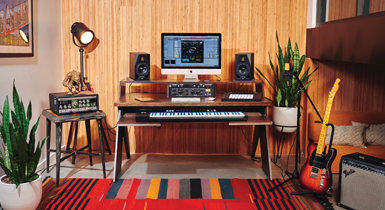 So good was the reaction to our first ‘6 Ways To Make Your Studio Look Cool’ feature, we’ve come up with another six ways to make it look even cooler. And when you’ve done all 12, send in a photo and be featured in the mag! 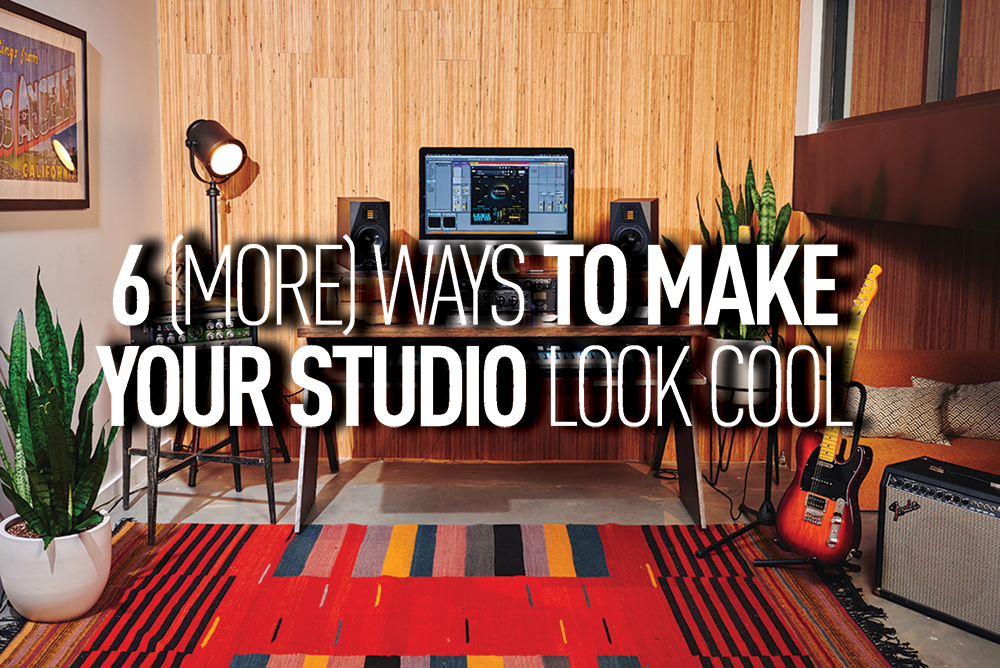 A great-looking work space is also a great creative space: a place to inspire your music making. Also, the cooler it looks, the more logical it can be. So there’s a practical element here, too – a good-looking and tidy space often makes for improved workflow. Such was the response last year when we ran the first of these features on making your workspace look great, that we have decided to come up with another six great ideas.

In case you missed the first feature, the recommendations were as follows: keep it tidy (obvious, but you’d be amazed how easy it is to let this one slip); strip it back (we really did tell you to reduce gear – sort of); keep everything in reach; personalise your space (photos, memorabilia, cool stuff, robots); lose the wires (or at least hide them); and finally, get some cool lighting.

Can we beat those? We reckon so…

1. Get a proper desk 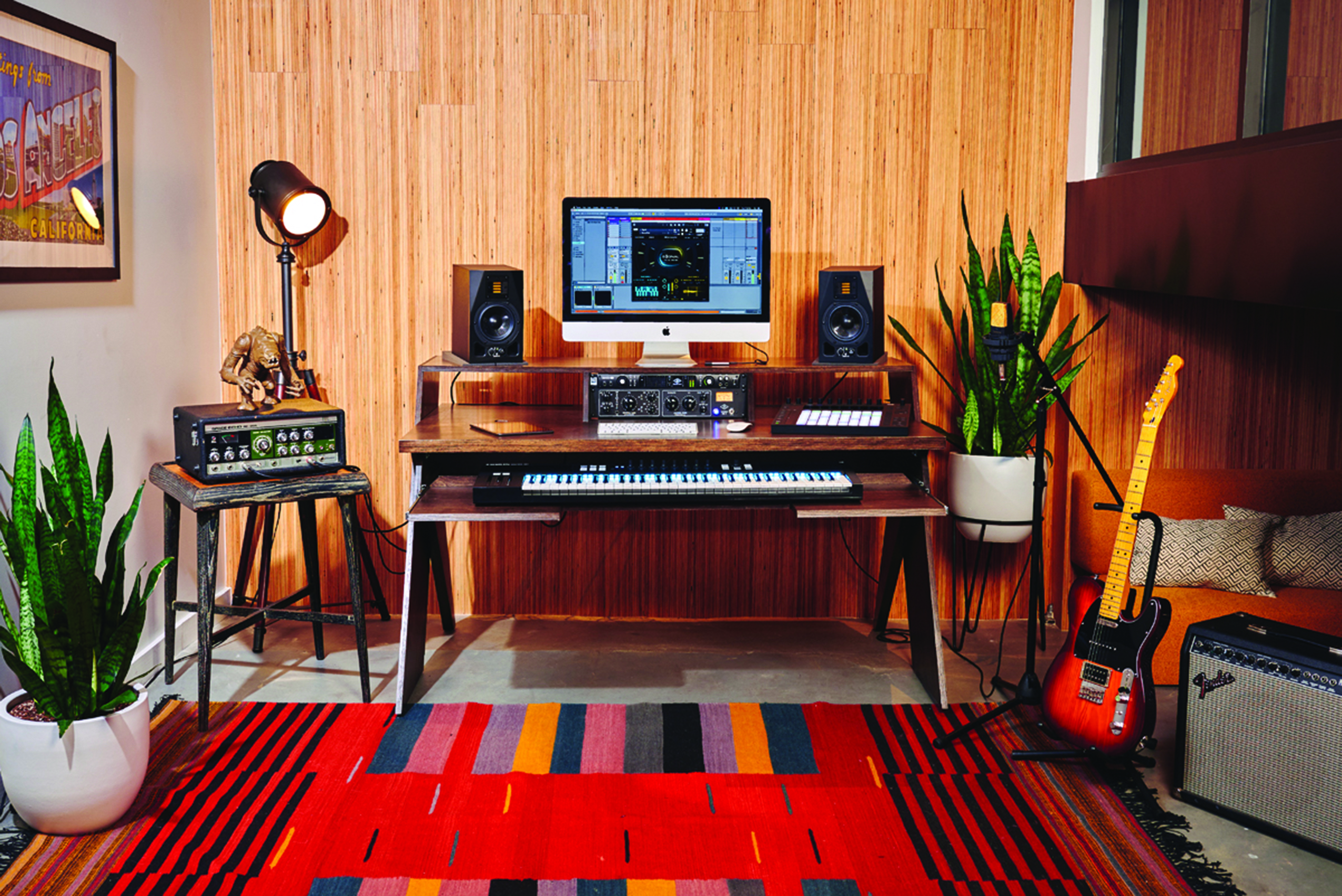 Having all your expensive gear balanced on boxes (yes, we’ve done that), or on rubbish trestle tables (this only looks cool on Ableton’s website) is not great. If you’re of the hipster persuasion, you might get away with it, especially if you surround yourself with vinyl and are so drunk on craft beer you can’t see the studio wood for the trees. No – get a proper desk, and we don’t necessarily mean one of those super-sleek starship-style ones that cost thousands.

The Jerker desk from IKEA used to be our recommendation. It was a desk accidentally made for studio use by the Swedish furniture experts because it had shelves that could sit on the outside of its structure, and could therefore be used for perfect speaker positioning.

IKEA does make similar furniture that can be adapted, but there are also cheap(ish) tailor-made ones like the new Output Platform desk (pictured, $549) which looks like it will do the job and looks super-cool (and who thought a company well regarded for its software would make a desk?).

2. Get in the Westworld zone 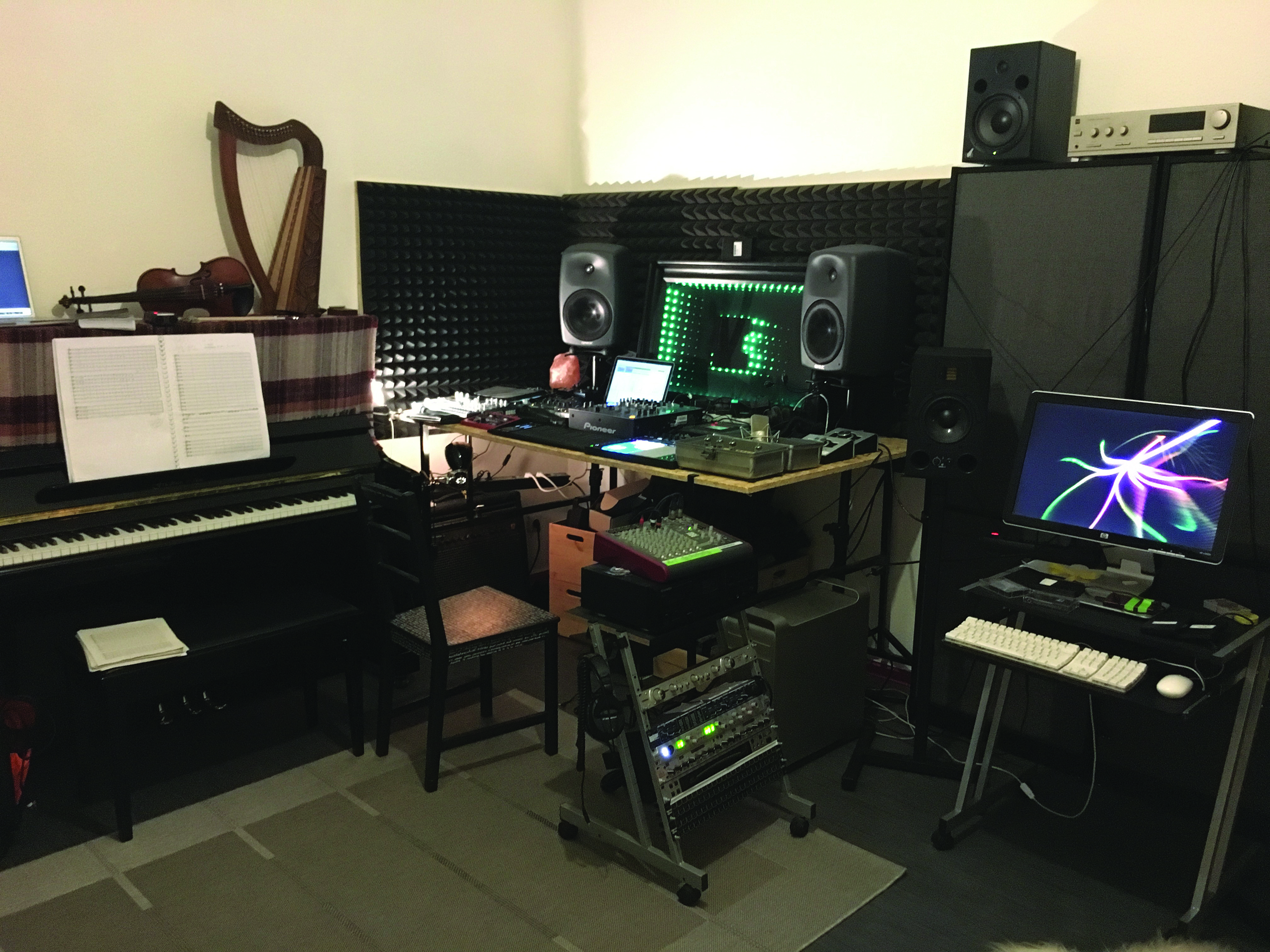 Create different zones for different tasks because a change (in work location and outlook) is as good as a rest. So break your studio down into different areas.

Think Westworld, but rather than western, sci-fi and medieval zones, we have an area containing a modular synth, for all the tweaking we could ask for; there’s a massive outboard effects area for signal flow experimentation; and (in our dreams) we want a mastering area and an acoustic piano area just like Emika’s (pictured). Stuck for inspiration in one zone? Roll on to the next… 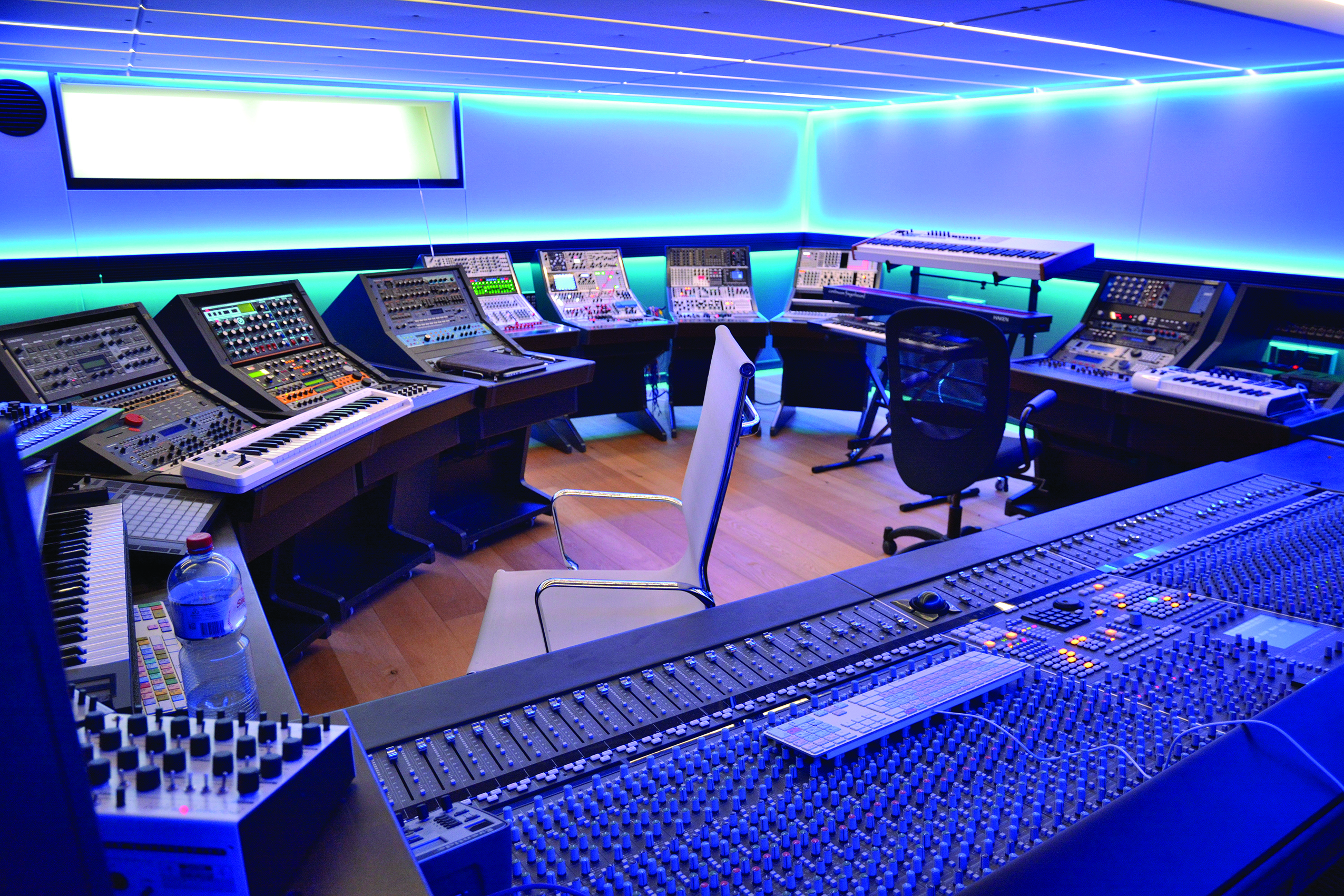 And for the ultimate in this modular studio-within-a-modular-studio approach, try and put all of your racks on wheels, so you can move things, experiment with things and faff around so much with things you forget that you actually came in the studio to make some damn music.

Issue 173 Show Off Your Studio star Luciano Cadenza certainly has the right approach with his studio and can wheel anything into any position, to create the ultimate ‘bridge of the Enterprise’ feel – thus bringing two almighty geek worlds together, simply by using wheels. Amazing. 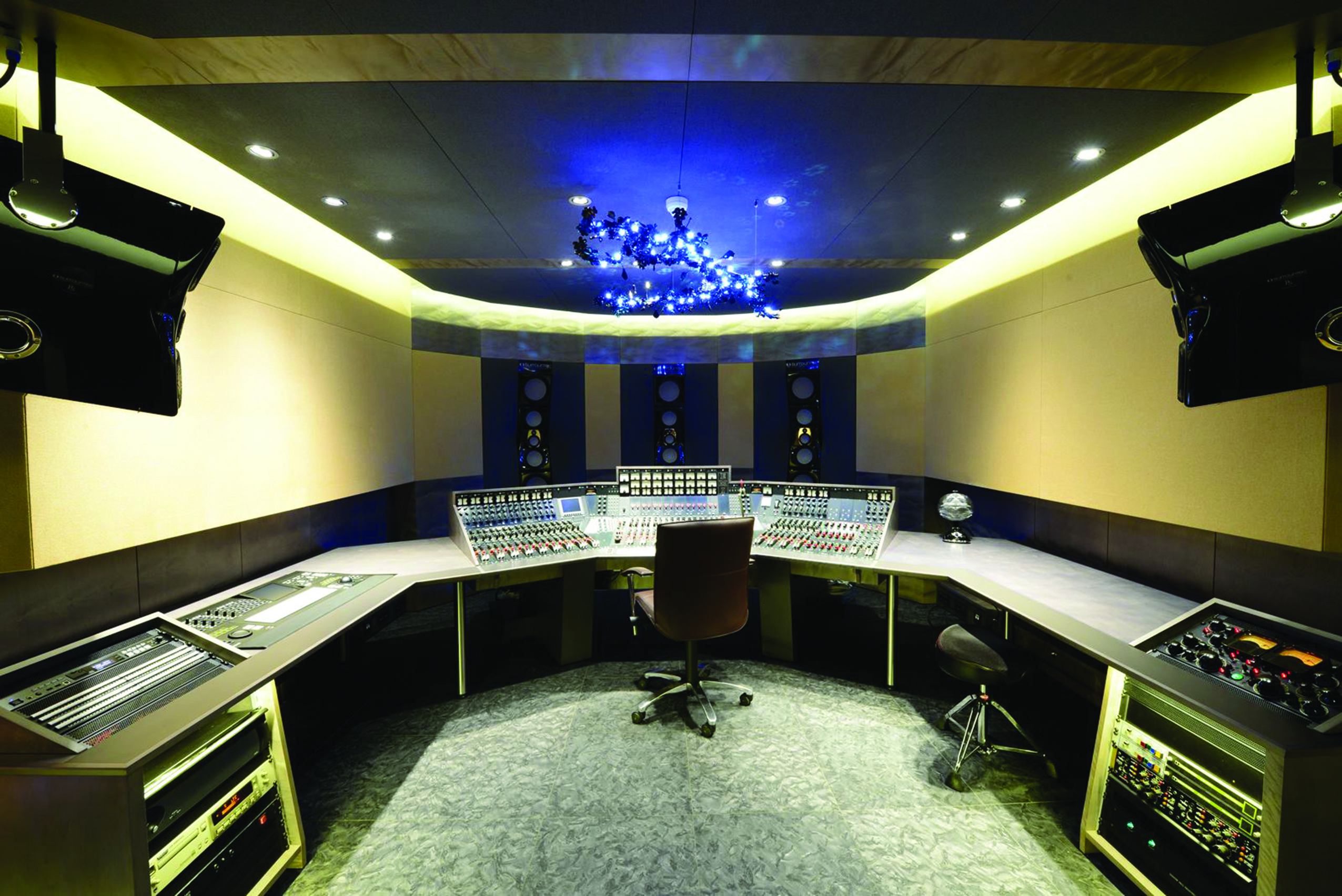 And talking of spaceships, we all think we’re piloting spaceships in our studios, don’t we? Or is that just us? No. One of the world’s greatest producers, John Leckie, got a job at Abbey Road because recording studios fascinated him like spaceships: so without that sci-fi fantasy, we’d be lacking classic Radiohead, Simple Minds and Stone Roses albums.

So indulge your wildest fantasies whatever they are (no, not those) – and your studio will look the better for it. 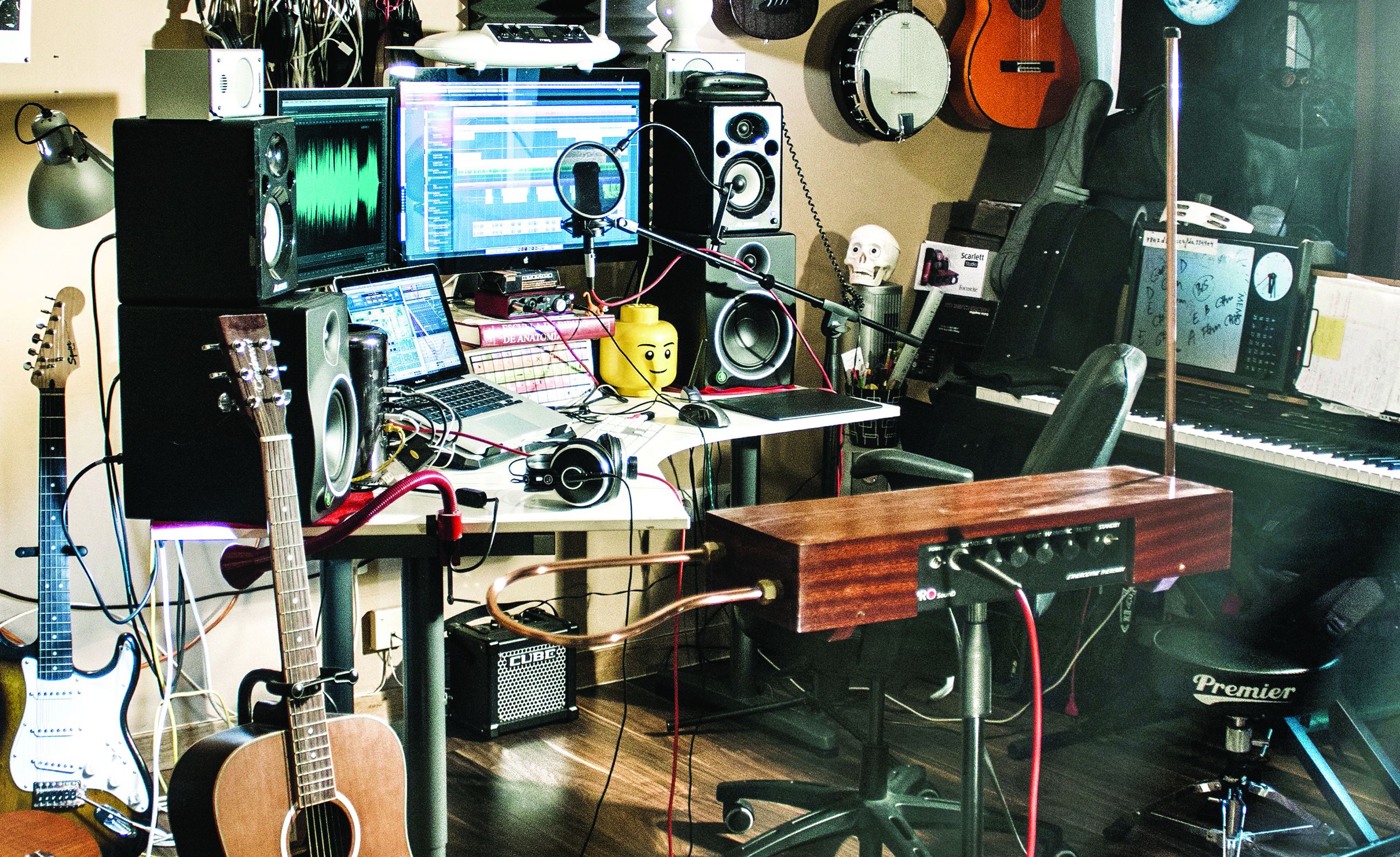 There’s so much talk about vintage gear these days and even if you’re still undecided on its merits – whether you should use it, emulate it, or just get down on your knees and worship it – it really is worth getting a couple of unusual, old oddities to lift the looks of your studio beyond the norm.

All of that new technology can be a little overwhelming, so a showstopping antique ‘thing’ might be a good counterpoint to it. Just look at how that Theremin stands out in this month’s Show Off Your Studio star’s studio…

6. Get a massive screenScreens are cheap. We’ve just bought a 50-inch TV that can double as a computer screen for our studio for less than 500 quid, and you know what? It looks amazing. It makes our setup look like we’re working on something incredibly important, the detail we can see on it is unbelievable, so it helps our workflow – and, of course, we can play videogames on it, too.Massive screens are essential to the looks of a studio, and if you can incorporate some touch action in there, too… Well, now you’re talking. Who’s not going to be impressed by that?