The Beginners Guide to Supercharging Your Computer For Audio Part 1

“Get the best computer you can for music production!” they say. But Hollin Jones disagrees. You can easily spruce up your existing system for audio work, and it won’t cost you a fortune… Read on for the first instalment… It’s a fairly safe bet to assume that most of the people reading this make music using […] 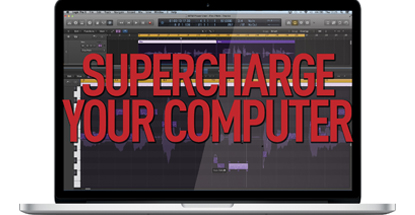 “Get the best computer you can for music production!” they say. But Hollin Jones disagrees. You can easily spruce up your existing system for audio work, and it won’t cost you a fortune… Read on for the first instalment… 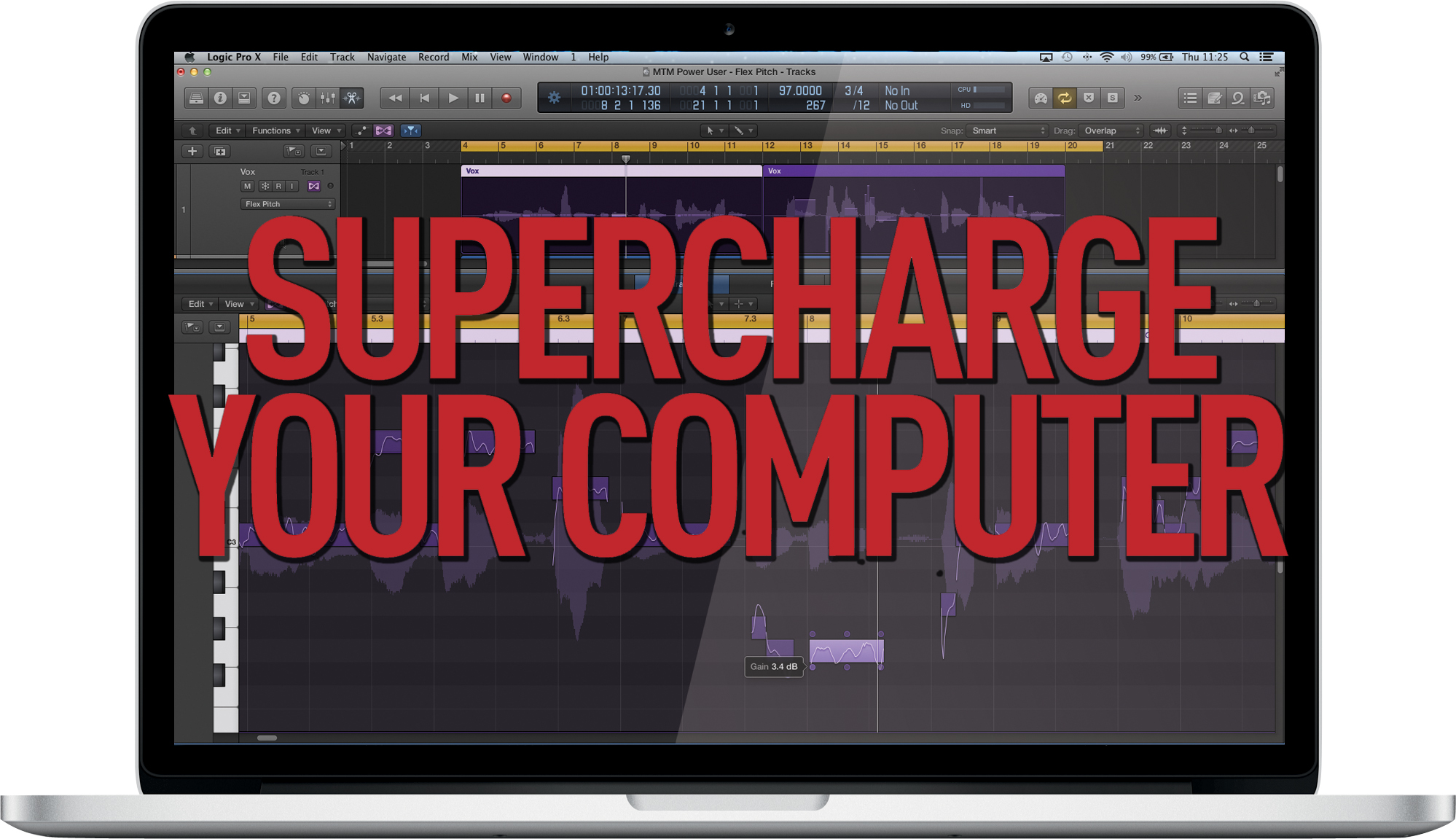 It’s a fairly safe bet to assume that most of the people reading this make music using a computer as the heart of their studio. And while there may be lots of outboard and instruments thrown into the equation, the computer is the nerve centre – the brain that ultimately runs the session. As computers have become ubiquitous in the pro audio world, it has become increasingly important to understand how they operate and how they do their job. Where once an Atari just ran your MIDI, now a Mac or PC handles every aspect of the production process.

Although almost infinitely more powerful and stable than they were just two decades ago, computers are still complex machines that need to be treated properly. Pro audio work is one of the most demanding things you can ask of a computer, short perhaps only of 3D video processing. And although computers have become much faster, our expectations of what we should be able to achieve with them have gone up as well. So where once you’d be grateful to run a couple of virtual synths, now we’re prone to loading up lots of multi-GB sample-based instruments without giving it a second thought.

All of this is fine as long as your machine can cut it. There are very important considerations that come into play when buying a new machine: Mac or PC, how big should the hard drive be and what format, how many cores to go for and how fast should they be. For many people, however, getting the best performance out of the hardware you already own is a more pressing issue. 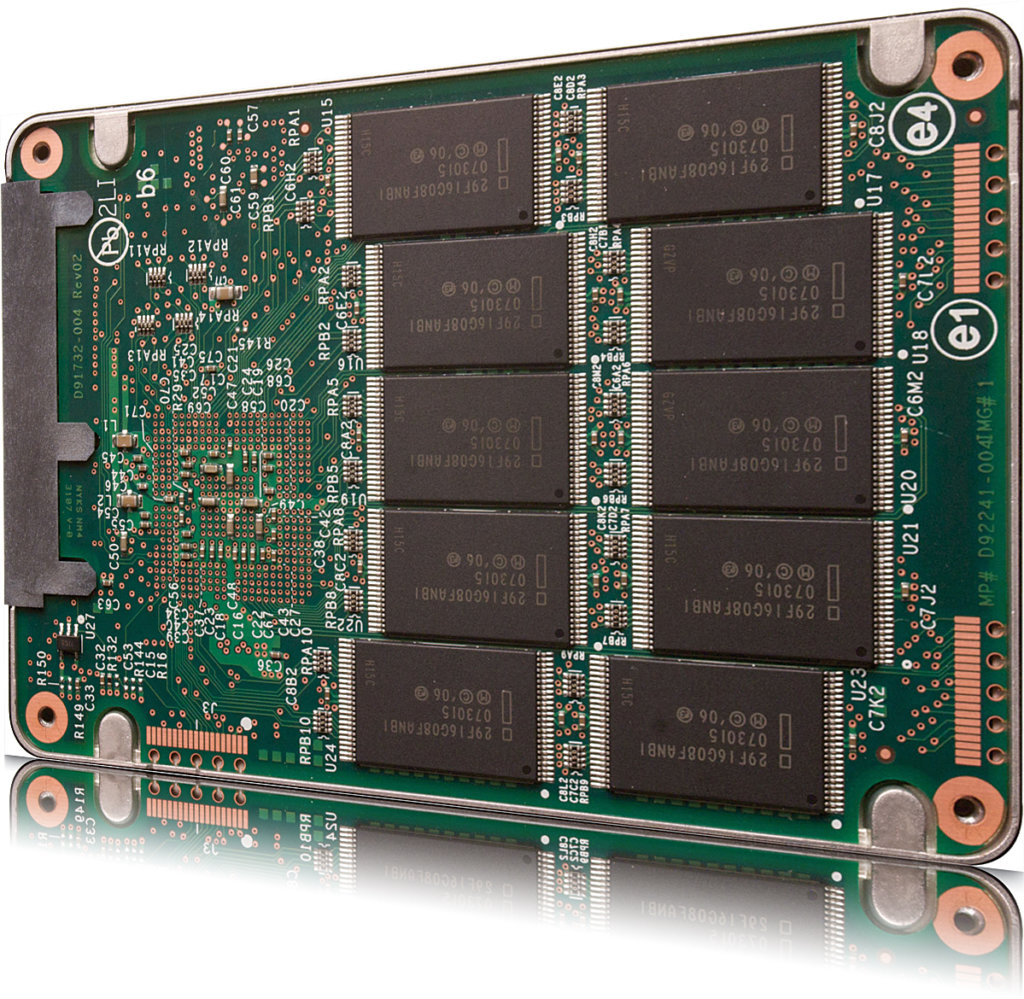 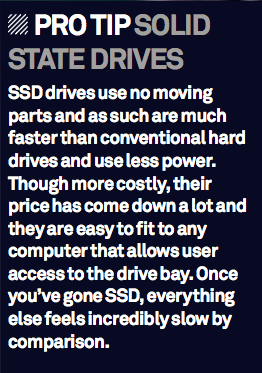 Luckily, it’s not as daunting a task as you may have imagined. Many people that take a computer to a specialist believing it to be on its last legs are amazed to discover that after a spring clean or the fitting of some more RAM it’s as good as new, if not better.

Make the most of what you have

You don’t have to be a tech wizard to optimize your computer for audio performance, and a lot of the tips we’ll show you are actually free and involve no expense. One thing that is important to stress before you start, however, is that you should always maintain current backups of your system, especially before starting to delete files or make changes to hardware. Also if you are not confident in swapping RAM or hard drives it’s well worth the small cost of getting a professional to do it, as this should avoid any slip ups. On the whole though, most of the following tips and techniques are things that you can easily do yourself and they will help you get the very best performance out of your music system.

Let’s get one thing straight at the outset: your five-year-old PC or a cheap, off-the-shelf laptop is probably not going to be all that much cop when it comes to running big music projects in the latest DAW. Budgets are always an issue, but just as you wouldn’t expect an old banger to win a Formula 1 race, a basic computer isn’t going to deal with the rigours of pro audio production. If you are buying a new machine, you’ll have the chance to specify it properly for audio work and if you’re upgrading an existing machine you should know which components to pay particular attention to.

Slightly controversially, although Macs are comparatively more expensive, an off-the shelf Mac will provide a better all-round solution for many users, thanks to the excellent build quality and the stability of Mac OS X. If on the other hand you prefer much wider customization options or perhaps use a Windows-only DAW, a PC can offer more bang for your buck. 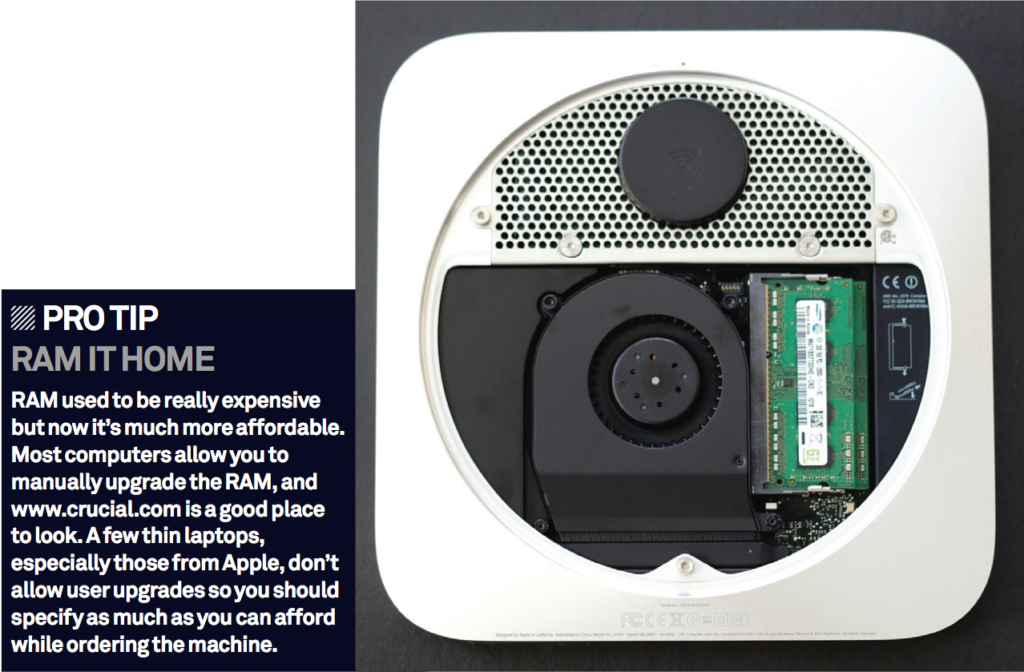 The CPU is the brain of your computer and any half decent machine will now have a dual core processor at the very least and probably a quad core one if you’re going for a more serious setup. Opting for the fastest clock speeds usually adds greatly to the price, but software is increasingly well optimized for multicore processing, so you might be better saving that money for other components that will make more of a real world performance difference. Intel’s i5 processors are good but the i7s – admittedly more expensive – are great. In a full-fat system you might even get Xeon processors. 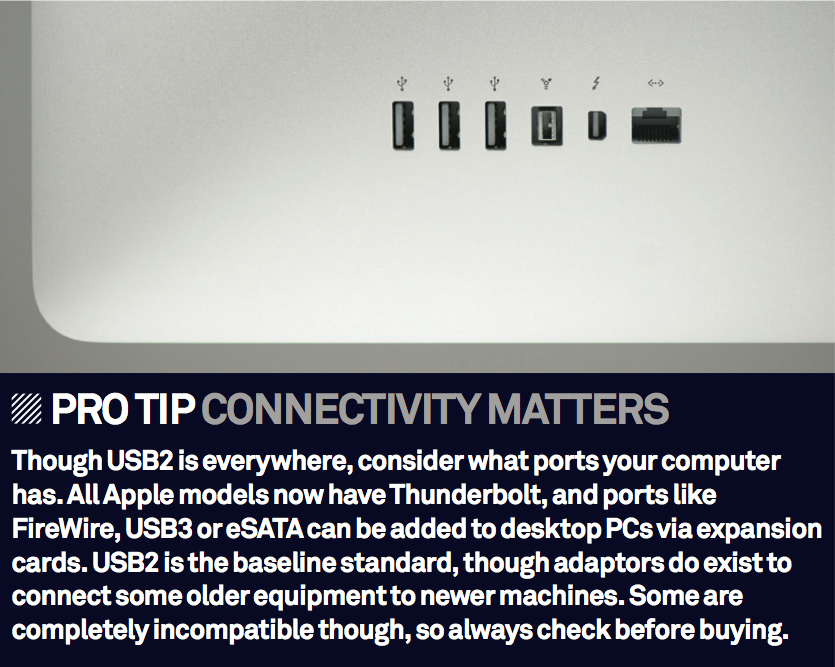 Memory, also known as RAM, is also crucial as the more you have, the greater the headroom in the system. Data stored in RAM is accessed very quickly and DAWs and virtual instruments love it. 8GB should be considered a sensible amount, preferably 16GB or more for a heavyweight music setup. Hard drives are also common performance bottlenecks. A standard 5400RPM drive will feel horribly slow, so go for a 7200RPM drive or preferably a solid state (SSD) drive. Upgrade your existing drive if it’s old, slow or otherwise creaking. There’s other peripheral stuff like optical drives, screens and connectivity, but these are the most important things to look at when considering how well your music system
is performing.

Clear out the clutter

Streamlining your system can really help with performance

As hard drives have got bigger in recent years there is a tendency to store more and more stuff on our computers, particularly as much of our content like photos, music and films is now digital rather than existing as physical media. As with all technology, however, there are limits as to how much a drive can store before it starts to affect the overall running of your system. One of the most common causes of slowdowns and errors is when a boot drive has become stuffed with content to the extent that Windows or Mac OS X can no longer effectively use it to store temporary and memory files, which will quickly degrade performance. 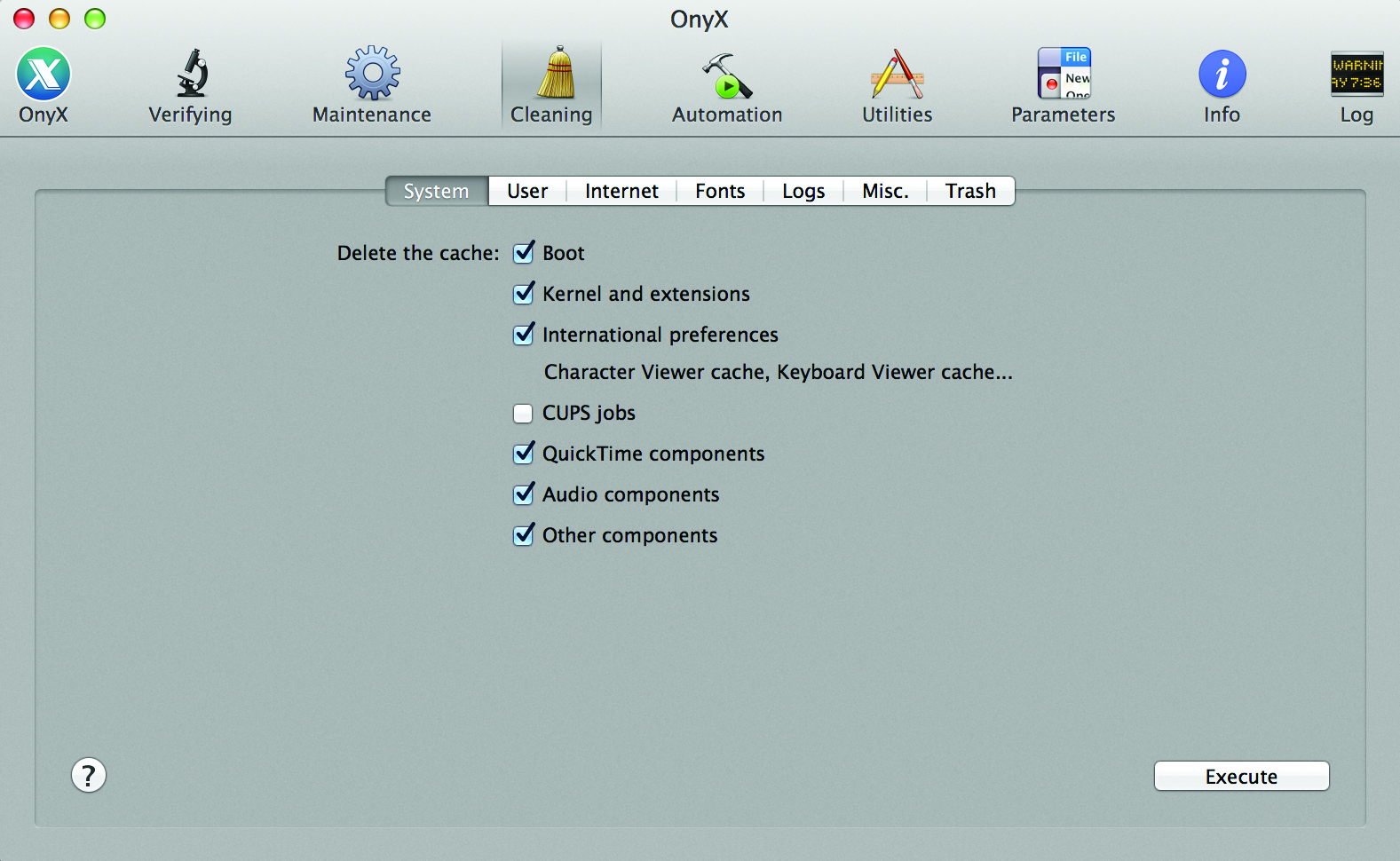 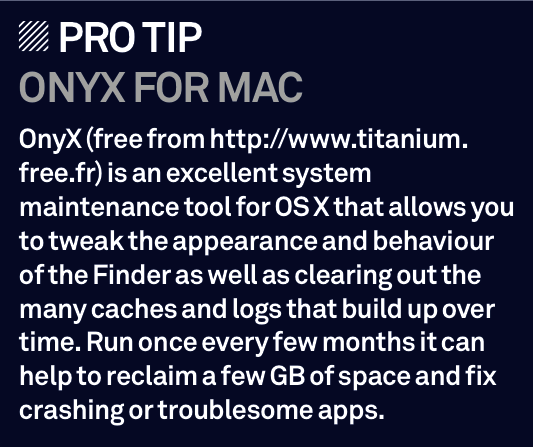 A good rule of thumb is that any boot drive (the drive on which your operating system is installed) should have at least 20% of its total space free to ensure smooth running. When your apps start to request more memory than you have installed, the OS uses the hard drive for “swap files”, a workaround to keep things running when RAM is low. This is much slower than real RAM and when there’s little free space, the system has to hunt around on the drive for areas to put it. Windows 8 and OS X 10.9 do a good job of managing RAM using some clever tricks, so if you’re running these systems you will find RAM issues occur less than on earlier versions, but nonetheless a full boot drive is never good. 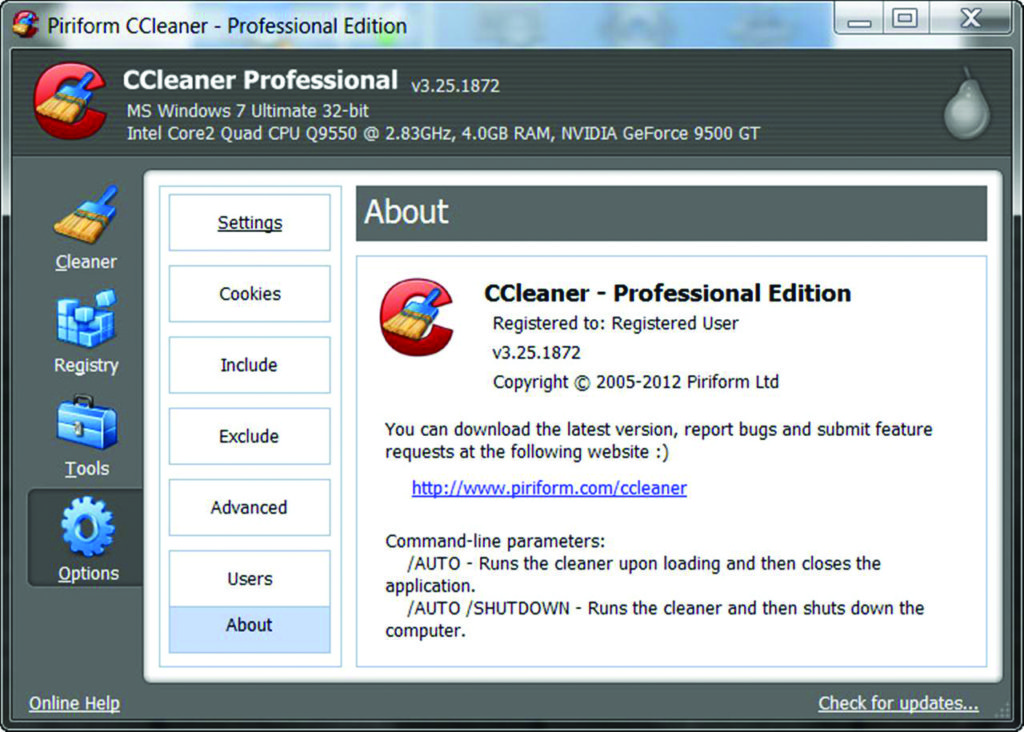 There are some hard and fast rules for maintaining a lean system that optimizes the space you have available to you. Obviously, don’t install applications and libraries that you don’t plan on using. Or if you do install them and find you never use them, uninstall them. Just trashing an app folder rarely makes for a proper uninstall as apps scatter content all around your system folders. Use something like AppZapper for the Mac, Windows’ Uninstall tool or the uninstaller that is provided as part of many apps’ installers. On a related note, don’t run apps that you don’t need. Any running application makes use of system resources that you would prefer went to your DAW. OS X 10.9 has App Nap which is able to mitigate this to an extent but it’s still better not to open apps that you’re not using. 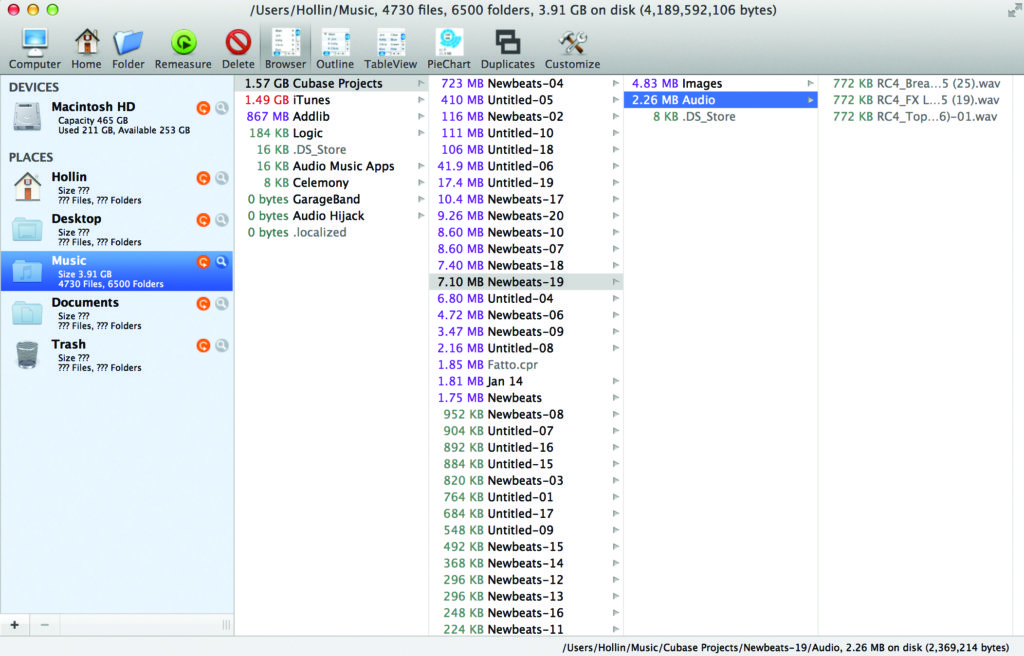 Many music applications and instruments come with a large amount of sample-based content and this can easily run to many GB in size. A few years ago it was common to recommend offloading this to a second internal hard drive, though with tower machines now outnumbered by laptops and all-in-ones like iMacs (no Apple model now officially allows the fitting of a second internal drive) you’re much more likely to be putting it on a USB or Thunderbolt hard drive. Sometimes this can be done during installation, by pointing the installer at the external drive. In the case of DAW content like the stuff that comes with Logic or Cubase, it can be better to leave it in its original location to avoid getting error messages every time you boot up. 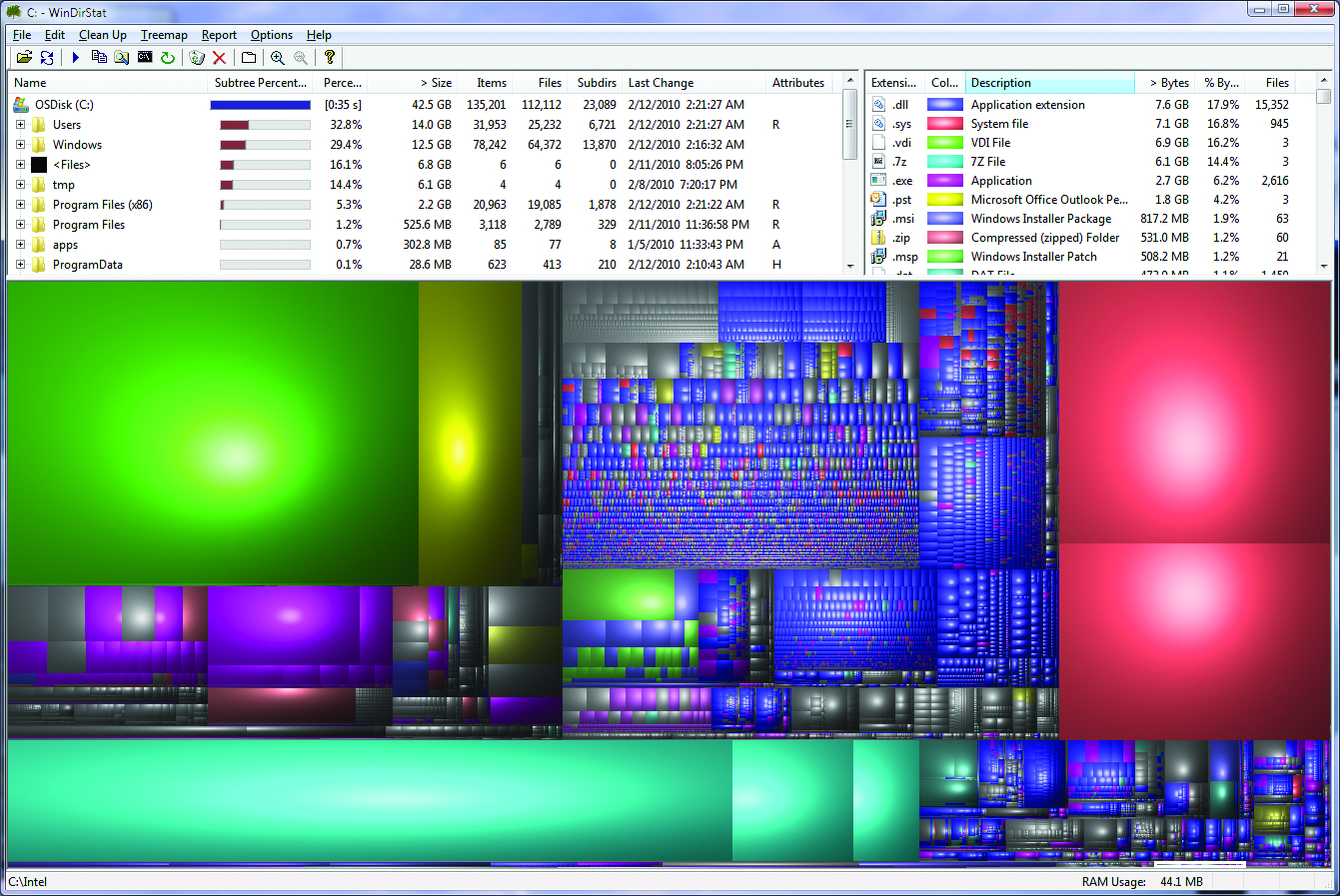 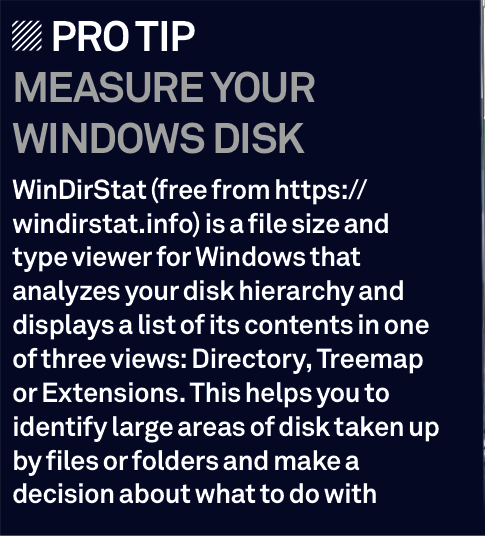 It’s often not DAWs or instruments that are the biggest offenders when it comes to taking up space, but music, photo and video libraries. If your machine is meant for music production you should probably prioritise that, and transfer your consumer media libraries to an external drive. One good solution is to use a NAS or another wireless drive for this kind of content because they tend to be very spacious, can hide away next to your wi-fi router and the latency of connecting wirelessly isn’t a problem. Find where your library lives and perform a Get Info or Properties command on it to see how big it is. You might be surprised that iTunes or movie libraries can get really huge. 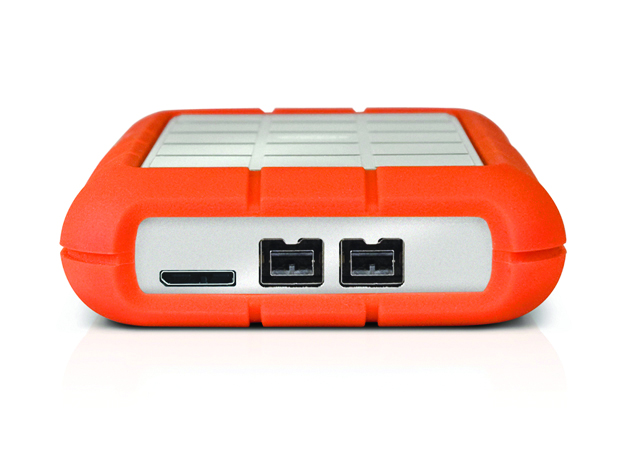 It’s also worth clearing out files you no longer need and apart from shifting big libraries off to external drives, you can use an app like WhatSize (Mac) or WinDirStat (Windows) to display your drive hierarchically by size. You might find a folder full of movies you had forgotten about which can be thrown away. Some apps, particularly video-editing packages, can store large scratch or render files which may be eating up space. Operating systems also store a lot of cache and other files, many of which can be safely deleted with an app like OnyX (Mac) or CCleaner (Windows). As ever, make sure you have current backups before tinkering with your system. 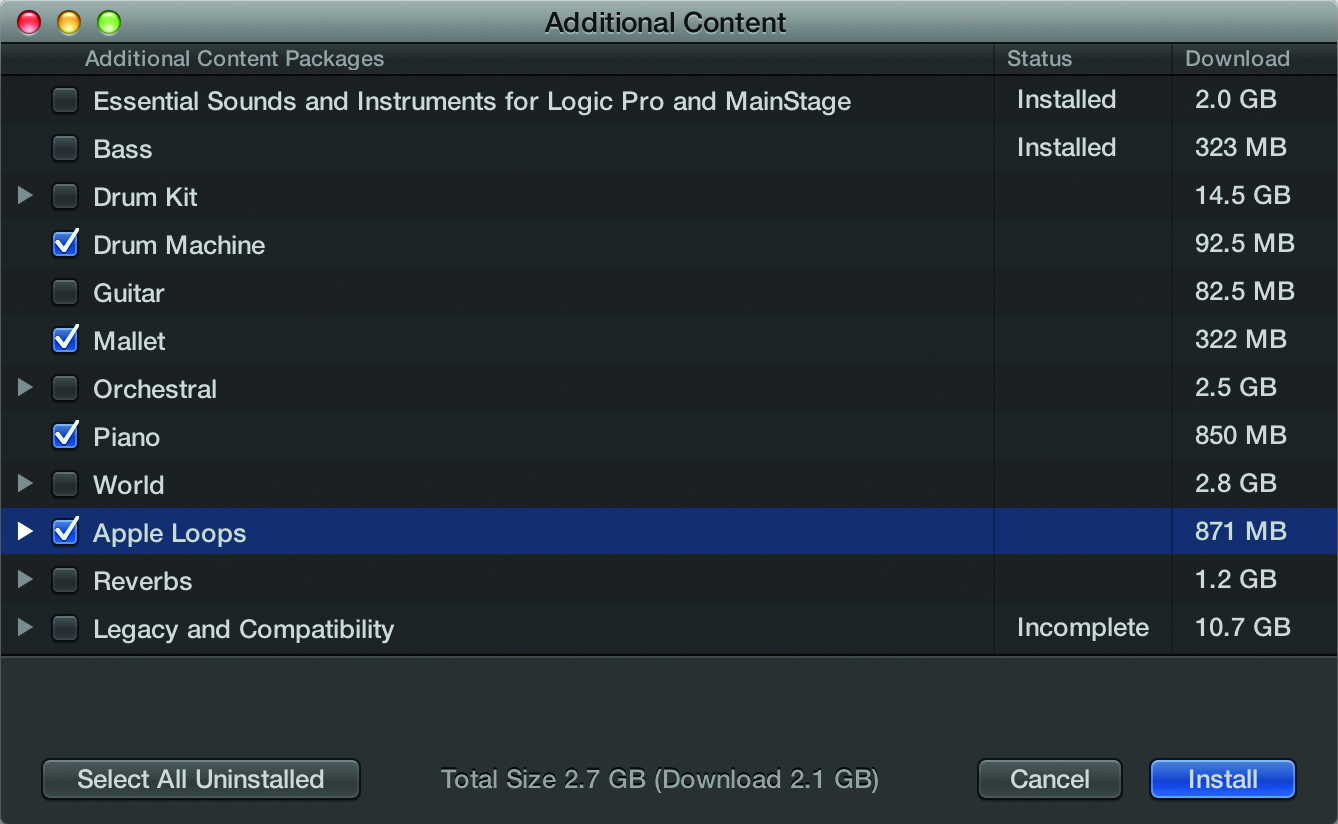