If your trusty PC-based recording setup is struggling to process your tracks, don’t despair, as there are lots of ways to help with frustrating glitches, latency, frozen screens or even crashes without breaking the bank. Our 20 computer performance tips are a good start. 1: Understand about RAM Modern audio software can be very memory-hungry […] 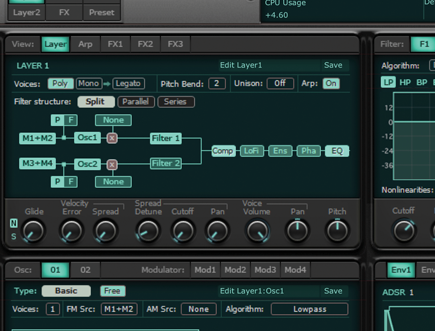 If your trusty PC-based recording setup is struggling to process your tracks, don’t despair, as there are lots of ways to help with frustrating glitches, latency, frozen screens or even crashes without breaking the bank. Our 20 computer performance tips are a good start. 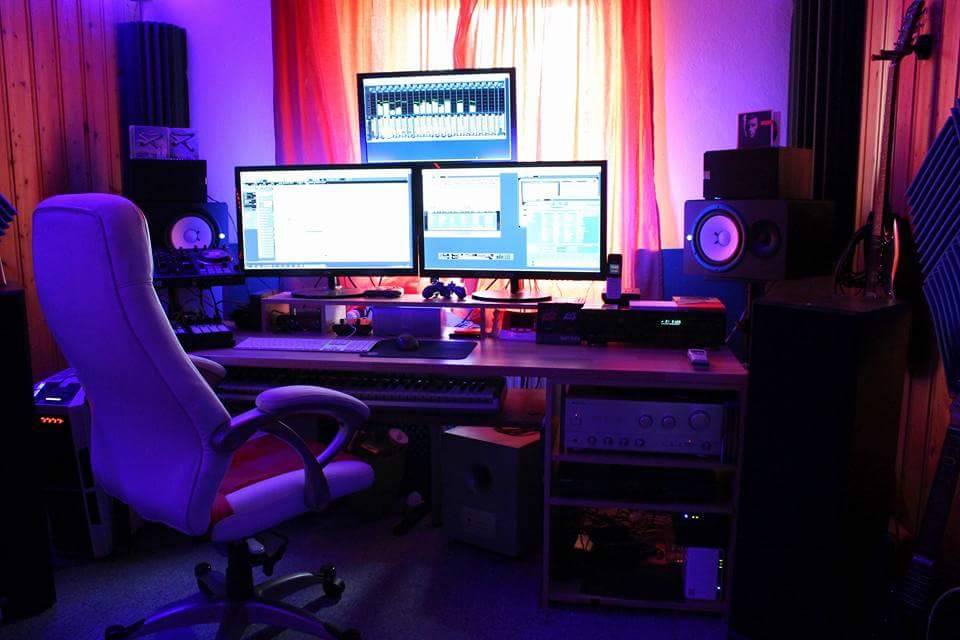 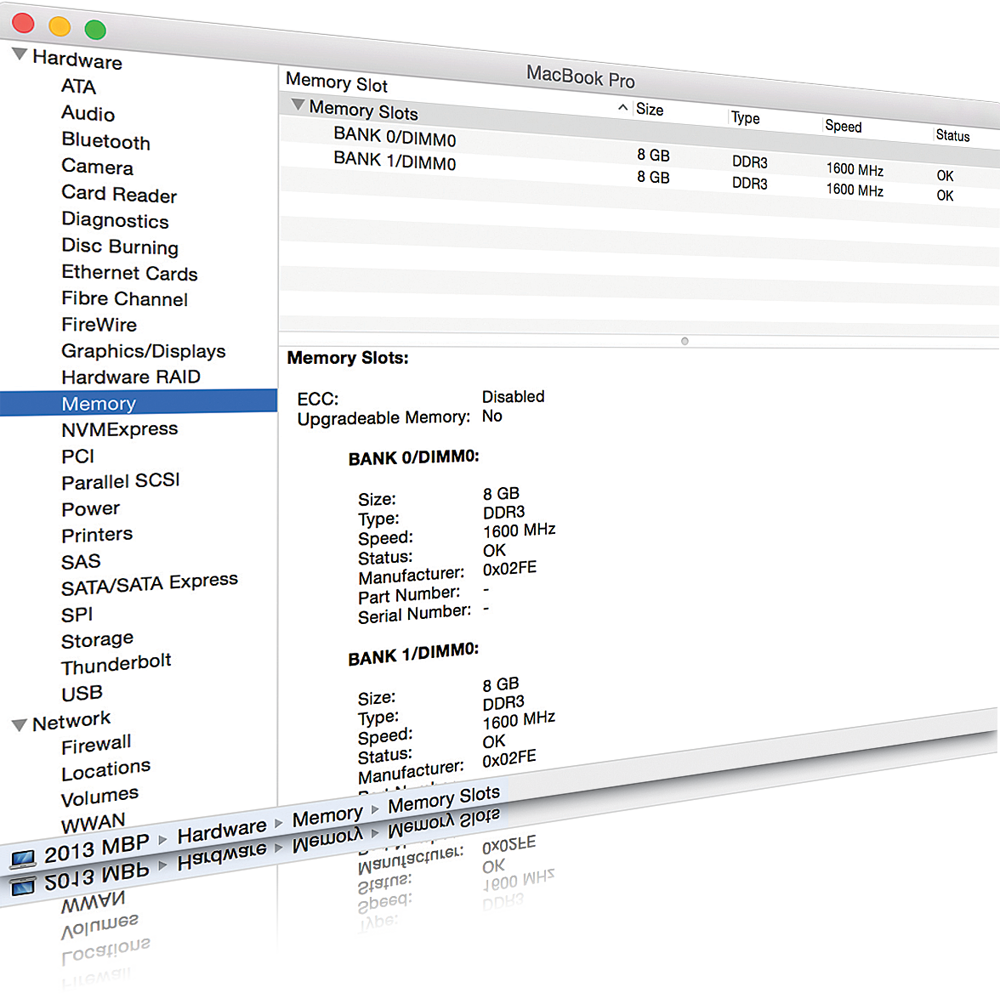 Modern audio software can be very memory-hungry and although the newer versions of Windows and Mac OSX have got much better at managing RAM, it’s still one of the main performance bottlenecks on many peoples’ setups.

This is especially true if you use sample-based instruments, which generally have to be loaded into RAM to one extent or another. Buy a computer that’s got plenty of RAM, or upgrade and expand what you already have, if possible – 4GB is an absolute minimum and 8GB or even 16GB is preferable.

There’s even an argument to be made for prioritising more RAM over spending money on a fractionally faster CPU, since this will offer you better performance in real world situations. Laptops, especially Apple models, have limited expansion capability and some are even non-user upgradeable so be aware of this if you’re buying one to make music with.

2: Know the Limitations of Wi-Fi

Although you can use wireless hard drives for storage, they don’t offer quick enough performance to handle things like streaming Kontakt libraries efficiently.

So as tempting as it is to offload your libraries onto a Network Attached Storage (NAS) drive, it’s better to use a USB or other wired hard drive as it’ll mean far less waiting when you want to call up an instrument.

3: Use SSD Drives Where Possible 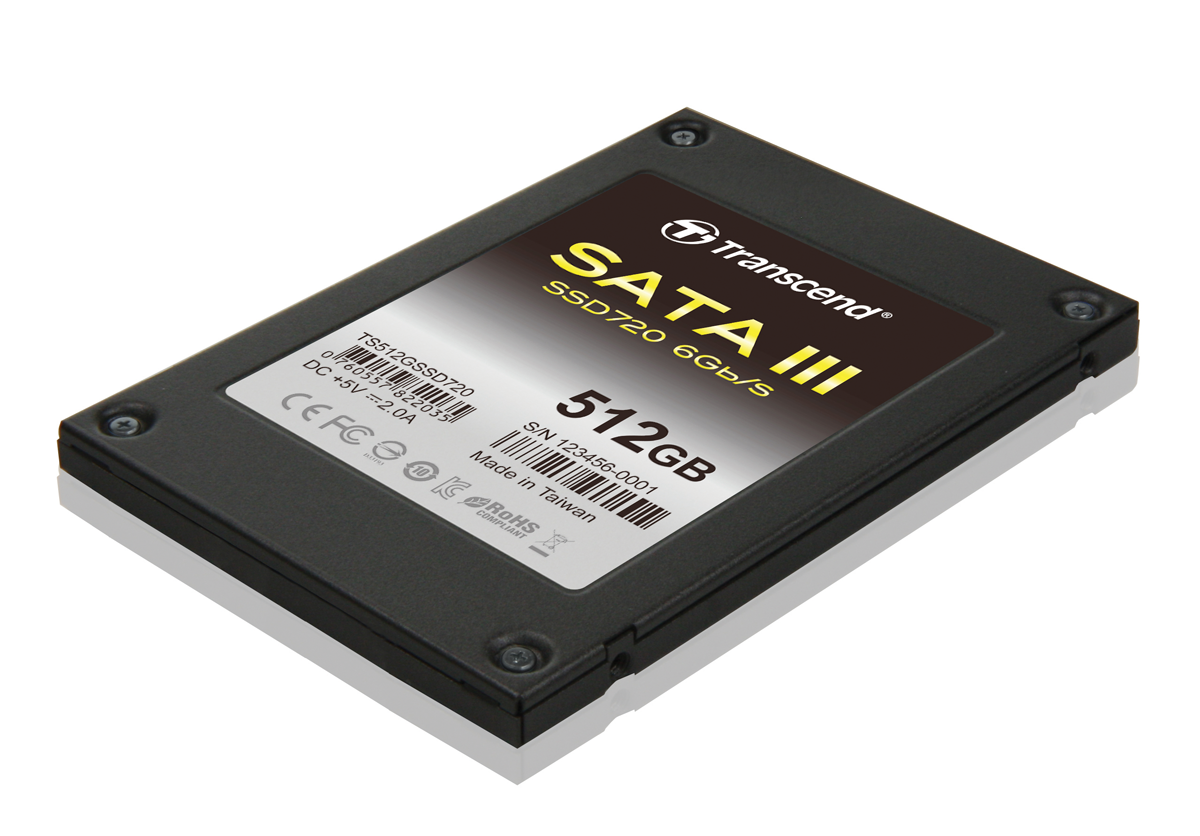 Solid state hard drives (SSDs) have come down greatly in price, to the point where they’re now feasible alternatives to the trad ‘spinning’ versions. It’s true that SSDs still offer a less spectacular price-to-gigabyte ratio than conventional hard drives, but their performance is miles better and that’s reason enough to use one as your boot drive.

Store sizeable sample libraries on a conventional secondary drive, if possible – a terabyte-sized one will cost you very little. However, for your system drive, a 256 or 512GB SSD can be fairly affordable and you’ll be astonished by the extent to which it speeds up your computer.

Such system operations as app launching and memory access get much quicker with an SSD, meaning less waiting and more working. It’s hard to overstate how big a difference an SSD can make to your life.

4: Only Run What You Need

Any running application uses system resources, meaning anything that’s ‘open’ but not in use is taking power away from your DAW. Don’t have Photoshop or Excel open in the background if they aren’t being used – just run the bare minimum you need, which will help with system performance.

Being sensible about where you store your stuff will make the likelihood of confusion and data loss decrease. Don’t keep a million files on your desktop. Set up custom folders and subfolders for DAW projects and back up regularly. This should also mean that you spend less time trying to locate ‘missing’ audio files.

Windows and OS X have been 64-bit native for some time now, and all modern desktop processors are as well. By now, the majority of DAWs are capable of running in 64-bit mode and some do so by default. You can check this on a Mac by performing ‘Get Info’ on an app and looking at its ‘General’ tab, or in the Activity Monitor.

On Windows you can open the Task Manager > Details tab and choose to display the Platforms column, which will show you a list of what mode your apps are running in. The reason you should run in 64-bit mode is that it enables your apps and system to address large amounts of RAM which, in turn, improves performance and also lets apps execute certain processes more quickly.

Most apps are 32-bit compatible so even where, for example, a plug-in is a little older, it should run fine but won’t be able to take advantage of as much memory.

7: Keep an Eye on What You Install

A lot of system slowdowns result from rogue or outdated drivers, and applications or plug-ins which are using resources, loading when they’re not needed or just generally taking up space.

That plug-in demo you installed which has since expired but flashes an error every time you launch Logic? That’s costing you time. The control panel for a MIDI keyboard you’ve since sold which loads whenever you boot up your system? The same. Be ruthless, purge your system of stuff you don’t need.

Use uninstallers where available. On Windows use the Add/Remove software panel. On the Mac, if no uninstaller is provided, utilise something like Appzapper (www.appzapper.com) to get rid of junk. You want to streamline the startup of your computer and DAW, so prioritize deleting unwanted plug-ins, drivers and controller software. Of course, be careful to not delete things if you don’t know what they are, as they might be important.

8: Familiarise Yourself With the Plug-in Manager 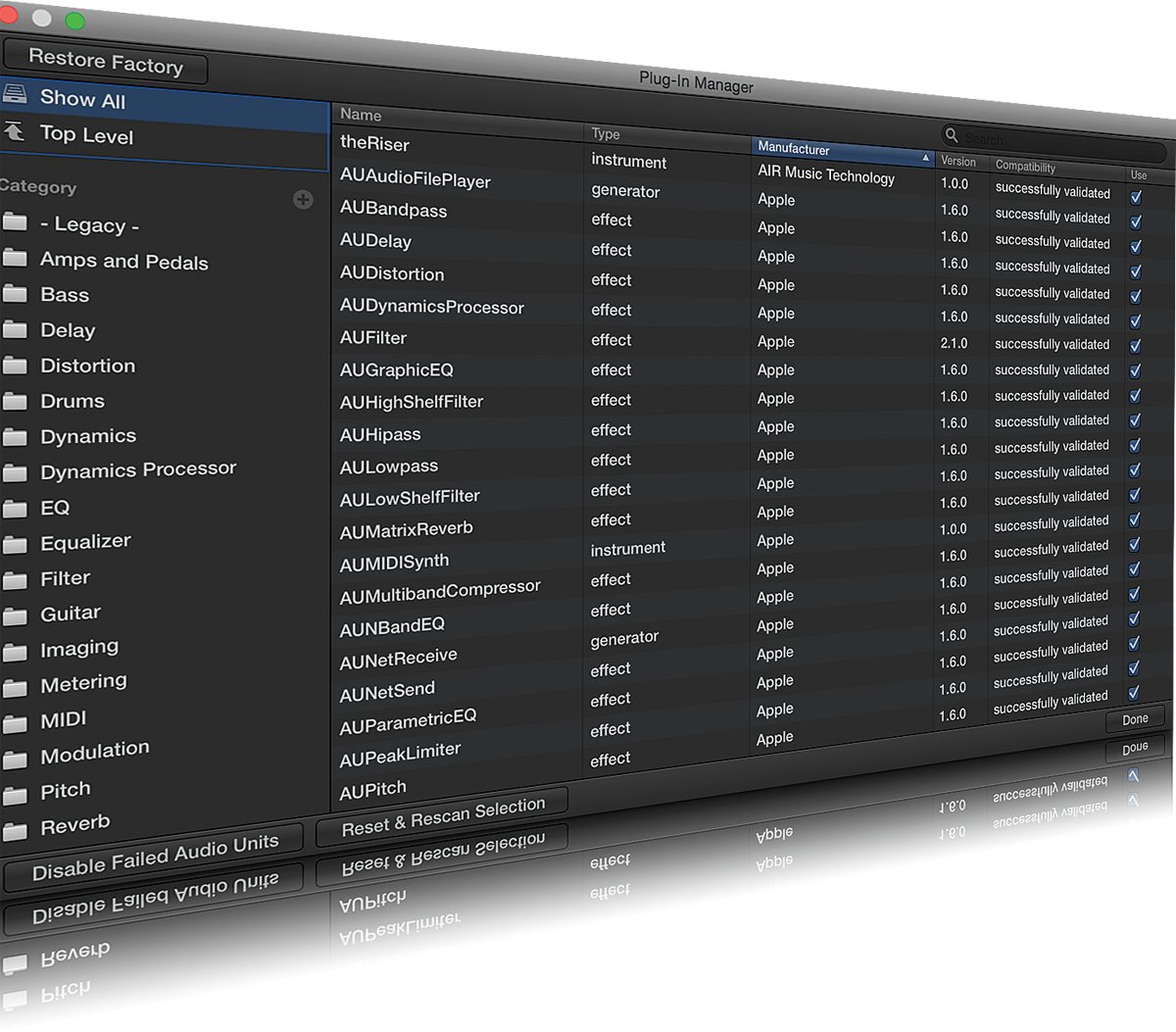 Most DAWs have a system for the activation of plug-ins and it’s important to keep an eye on these if you experience any issues with your projects.

In many cases it’s no longer necessary to actually uninstall a plug-in, should you decide that you don’t need it to be active, you can just tell your DAW not to load it on initial startup via the ‘manager’ window. However, if you have some plug-ins that you don’t want to delete but also won’t need to use for a while, consider deactivating them.

This should speed up the startup of your DAW, simplify the plug-in ‘chooser’ menu and generally make life simpler. Some software now also allows you to create custom lists of plug-ins, which is another great timesaver since it stops you having to plough through an endless lists of modules to find the one that you want.

This one is as old as the hills but it’s still relevant. Generally speaking, updates to operating systems, DAWs, drivers and plug-ins make things better, faster and more stable.

If someone never updates anything, or some things but not others, they don’t get the benefit of everything working optimally. However, there are caveats. You should always read the system requirements of an update or a new version of software.

If your hardware is at the lower end of what it’ll run on, make a decision about whether you may actually lose performance by pushing it to do newer things.

In the past, Microsoft has been guilty of releasing new versions of Windows which, for many users, made things worse – Windows Vista was the main culprit – but this seems to be less of an issue nowadays. Apple tends to be kinder to its older hardware and, periodically, will officially ‘retire’ certain models from support. 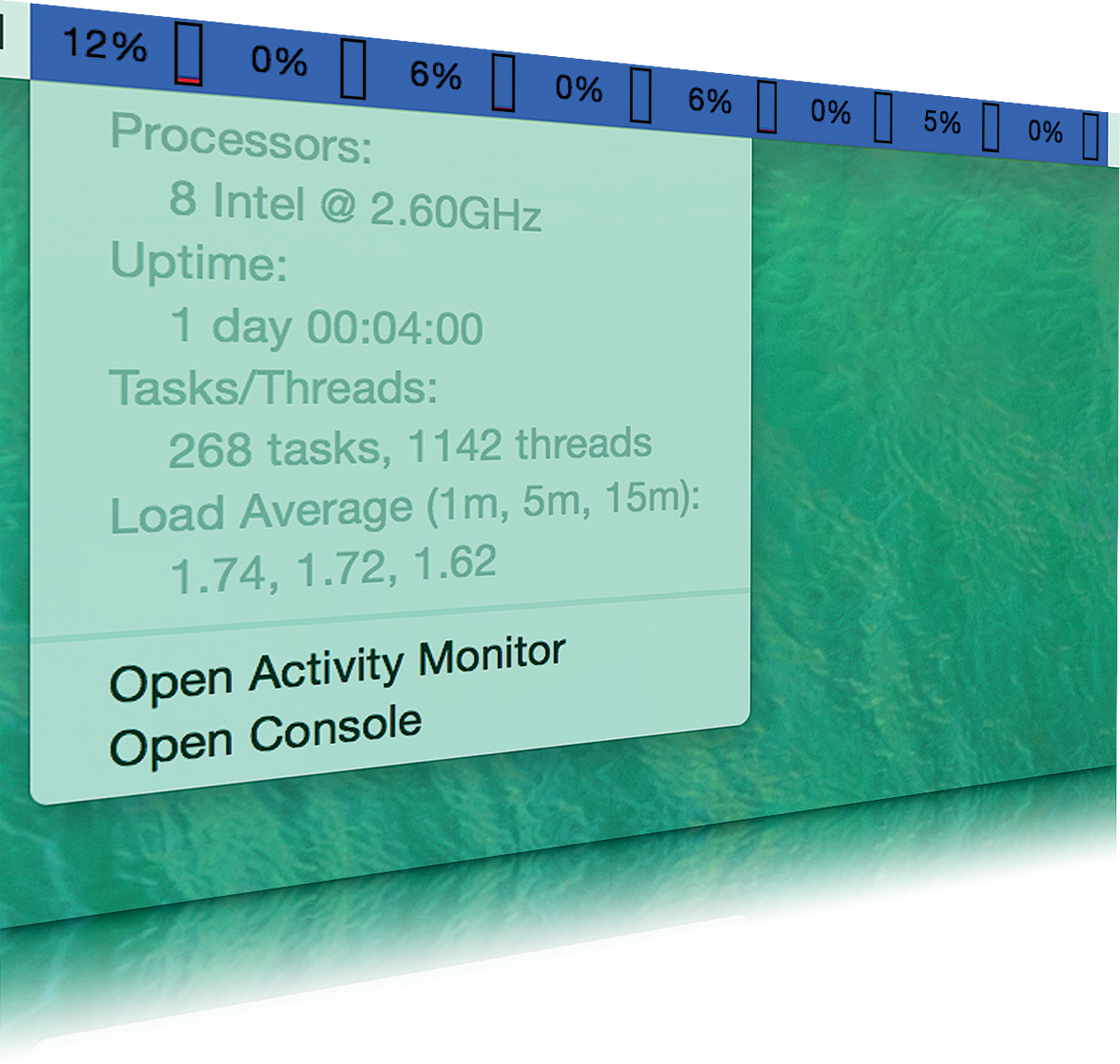 To understand what’s going on inside your computer, use a system monitoring tool to look at CPU and RAM use, hard drive capacities and network performance. OS X has Activity Monitor and there are free apps like MenuMeters (www.ragingmenace.com). Windows has the Task Manager and many free apps, such as Rainmeter (www.rainmeter.net).

Click here for part 2 of our computer performance tips

Need more computer performance tips? Try these 10 tips to speed up your computer!