How do you rescue a track when it seems like you’ve passed the point of no return? Never fear! Hollin Jones is here with 20 audio repair tips to bring your tracks back to life… 1: Download an App In many cases you will be attempting to repair audio that has already been recorded and […] 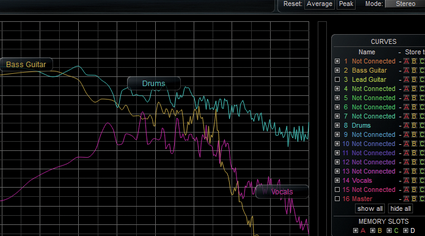 How do you rescue a track when it seems like you’ve passed the point of no return? Never fear! Hollin Jones is here with 20 audio repair tips to bring your tracks back to life… 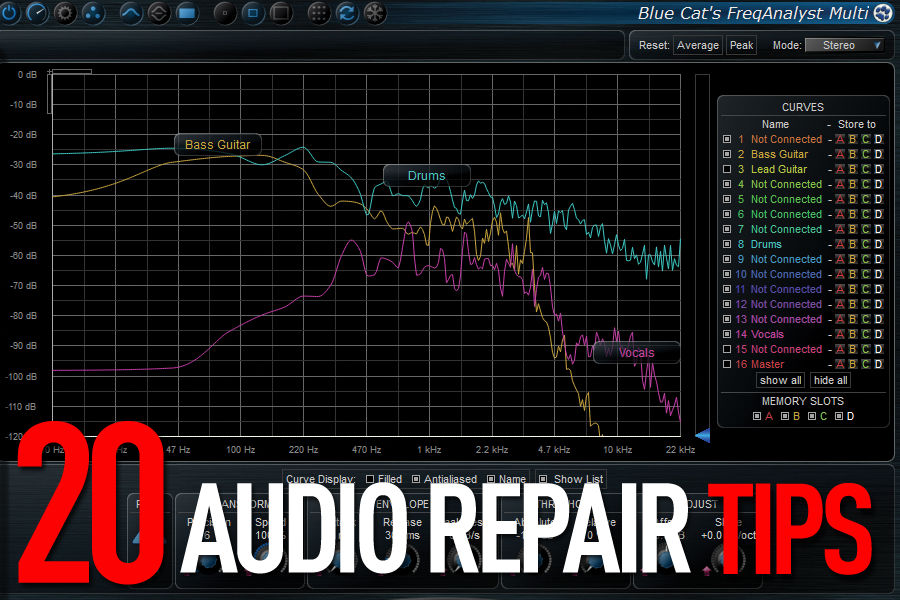 1: Download an App
In many cases you will be attempting to repair audio that has already been recorded and has turned out to have some kind of issue with distortion, hiss or hum. In other cases such as when digitising vinyl or tape, you know in advance that the audio is likely to have some cracks, pops and other problems due to the nature of the source media.

When you record any source to digital audio it captures everything exactly as it sounds, unlike analogue recording media which can add their own flattering characteristics like warmth or compression during tracking.

If your express intention is to digitise analogue media such as vinyl or tape, consider using a specialised app or plug-in like SoundSoap that will attempt to deal with these artefacts during capture, saving you time. Some gadgets such as USB turntables come with their own capture apps with audio repair software tools, though these vary in quality. 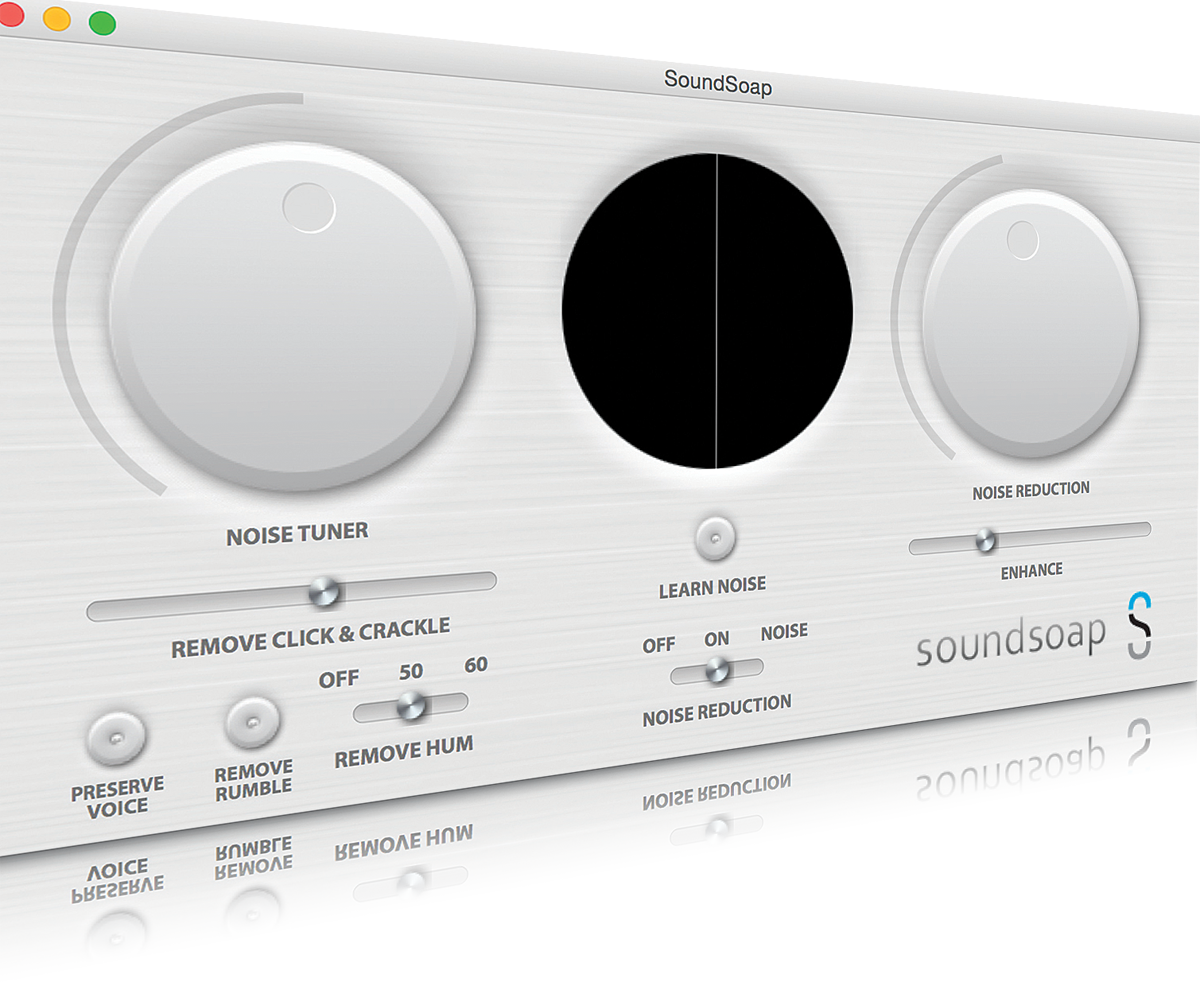 SoundSoap will deal with distortion and cracks

2: Virtual Mic Plug-Ins
Room ambience can be one of the hardest things to get rid of on a recording but some plug-ins enable you to move ‘virtual microphones’ around in order to change the proximity of the source to the mics. This can take a while to get right but it can help you to ‘reposition’ a sound even after it has been recorded.

3: Don’t Go Too Far…
When cleaning up audio it can be tempting to really throw everything at the problem. As when mixing, software lets us keep applying more and more processing to any sound without the likelihood of really running out of processing power. The risk with this is that you go too far.

In the case of audio repair this sometimes means layering on too much hiss removal which will blunt the high frequencies of the sound and thus deaden it overall. If a sound is too quiet you might also over-compress it in an attempt to make it louder, and correspondingly make it sound too squashed or forced.

In trying to draw out certain elements of a complex sound using EQ you can over-emphasise sounds like voices or guitars to the detriment of the overall soundstage. Be mindful of these considerations. 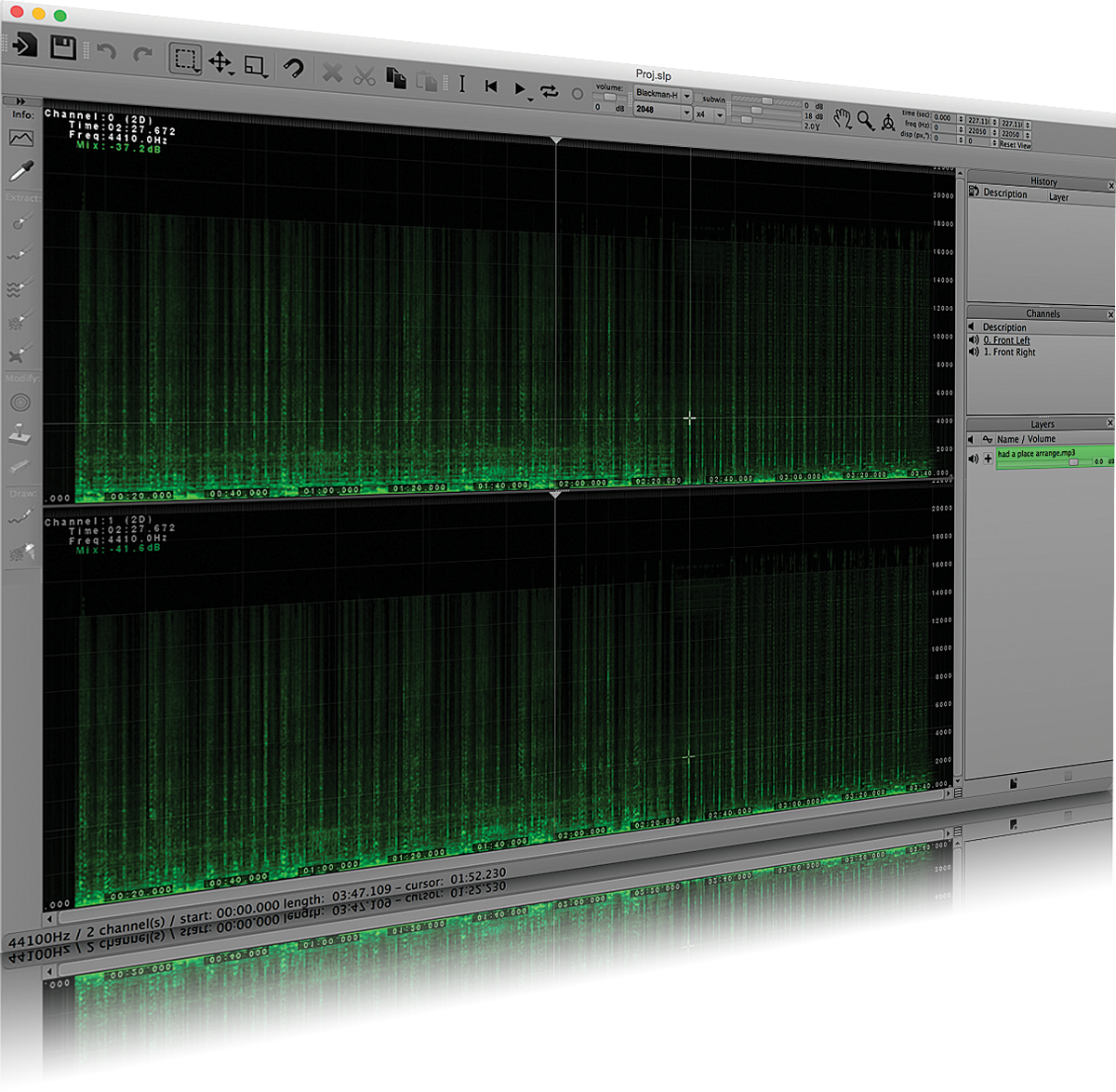 4: Specialist Tools
Regular DAW-style processing with mix tools such as EQ and compression can be useful but for more tricky jobs you will want a more specialised set of tools.

Spectral analysers and repair tools are the way to go here, with applications such as Izotope’s RX and Sony’s Spectralayers Pro leading the way when it comes to letting you get right inside a sound. Imagine you have an audio take with a vocal but halfway in there’s the sound of a door slamming in the background.

It might occupy a similar frequency range to the vocal so it’s very hard to remove using regular EQ. With a spectral repair tool you can visually identify the door sound – or any other sound – and paint over it or cut it without affecting any of the frequencies around it, however close. You can also use these tools to take noise prints and ‘unmix’ a mixed file by separating off different sounds to new files. 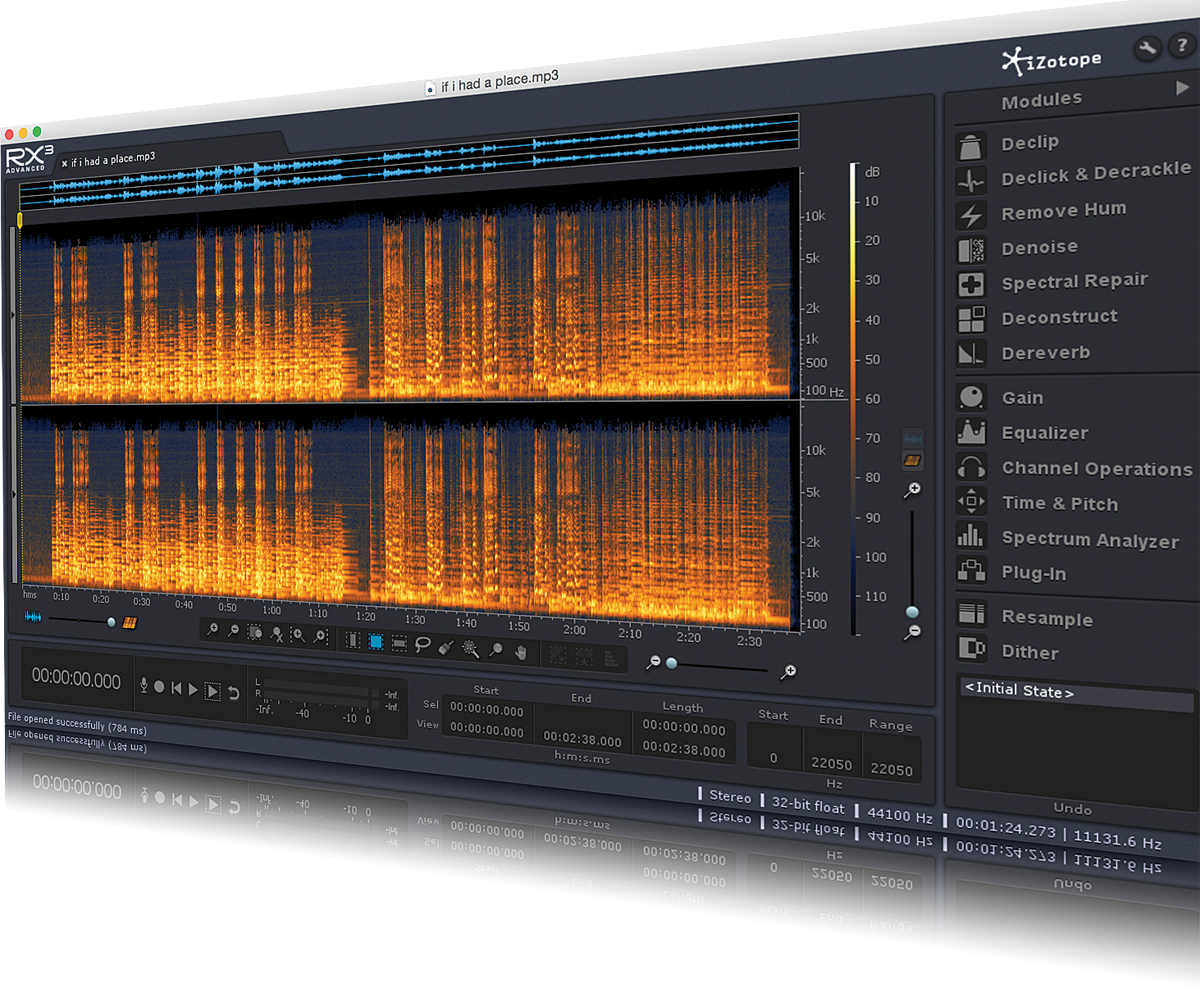 5: Dedicated Tools
Some software has dedicated audio repair tools. It’s often not DAWs but wave editors and audio-for-video packages that have them, as post production editors sometimes use these kinds of applications rather than DAWs since they’re editing sound more than making music.

Packages such as Adobe’s Audition and the sadly discontinued Soundtrack Pro for Mac as well as Sound Forge and Wavelab all have versions of audio repair tools.

Sometimes these are simply chains of plug-ins, other times they’re able to analyse and repair audio clips with a single click. If you’re repairing a large amount of audio this can be a more effective way to go about it than opening and searching through the waveforms of lots of clips. If you can’t buy an app, try to borrow a system with it installed for a few hours.

6: Noise Print Apps
Some applications, particularly those designed for working with post-production film or TV sound, are able to analyse and take noise prints from digital audio clips.

The most common use for this is for identifying a specific sound, sometimes ambient, and then either creating a new clip with it or removing it from an existing file.

You can use it, for example, to ‘match’ ambiences by taking a noise print of a room with no other sound audible, and then applying it to a voiceover to make it sound like it was recorded in that room.

Or print from a few seconds of road noise then use that print to remove the same noise from a clip that you want to be quieter. It’s a bit of a fine art getting it exactly right but it can be far more effective than using EQ in some cases.

7: Snapping & Stretching
When using material cut or copied from one part of an audio file to fill in or replace damaged signal in another your DAW or wave editor can really help you with tools like snapping or time and pitch stretching.

In some cases you may want to deactivate snapping in order to be able to stretch and position very precisely and avoid gaps or glitches.

8: Remove Spikes
Some of the most common errors in recorded digital audio are spikes and clicks caused by levels that peak too high during recording. If you open an audio clip in your DAW’s sample editor you are usually able to zoom right in and get down to the sample level to locate these clipping events.

The more capable your DAW, the more likely it is to have this feature: and some wave editors have it too. Once you’ve identified the clip/ distortion event, which will probably look like a big peak in the waveform that flattens out against the top of the window, you can try to draw it out using the pen tool or select it and insert silence to remove it.

The effectiveness of this can vary hugely depending on the material and the severity of the click. If you’re lucky you can paint it out pretty seamlessly. If not, it’ll leave an audible gap in the sound. 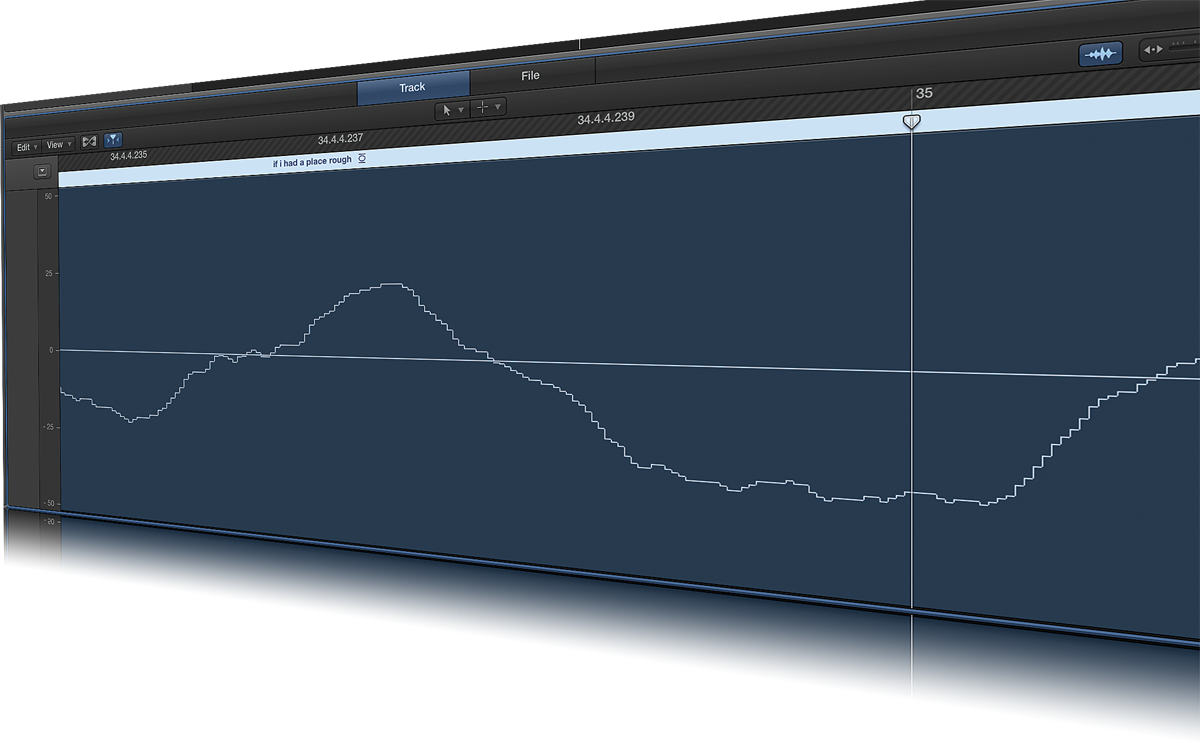 Getting down to sample level to identify spikes

9: Check Your Toolbox
Although dedicated tools can be very helpful, some audio repair tasks can be carried out successfully using the stuff that comes with your DAW or that you may already have as part of your music tracking and mixing toolbox.

Rumble and hiss, for example, can often be dealt with by using high or low pass filters respectively, and you can draw out or back off any other frequencies by using a regular multiband EQ.

Similarly, a multiband compressor can be used to tame or enhance specific frequency bands without adversely affecting other parts of the file.

Audio processing tools like normalisation or fades can also help to change the character of a file and are not all that hard to find – indeed some free audio editors have these kinds of tools. And remember that you can layer up several kinds of processing if it’s necessary to get the best results. 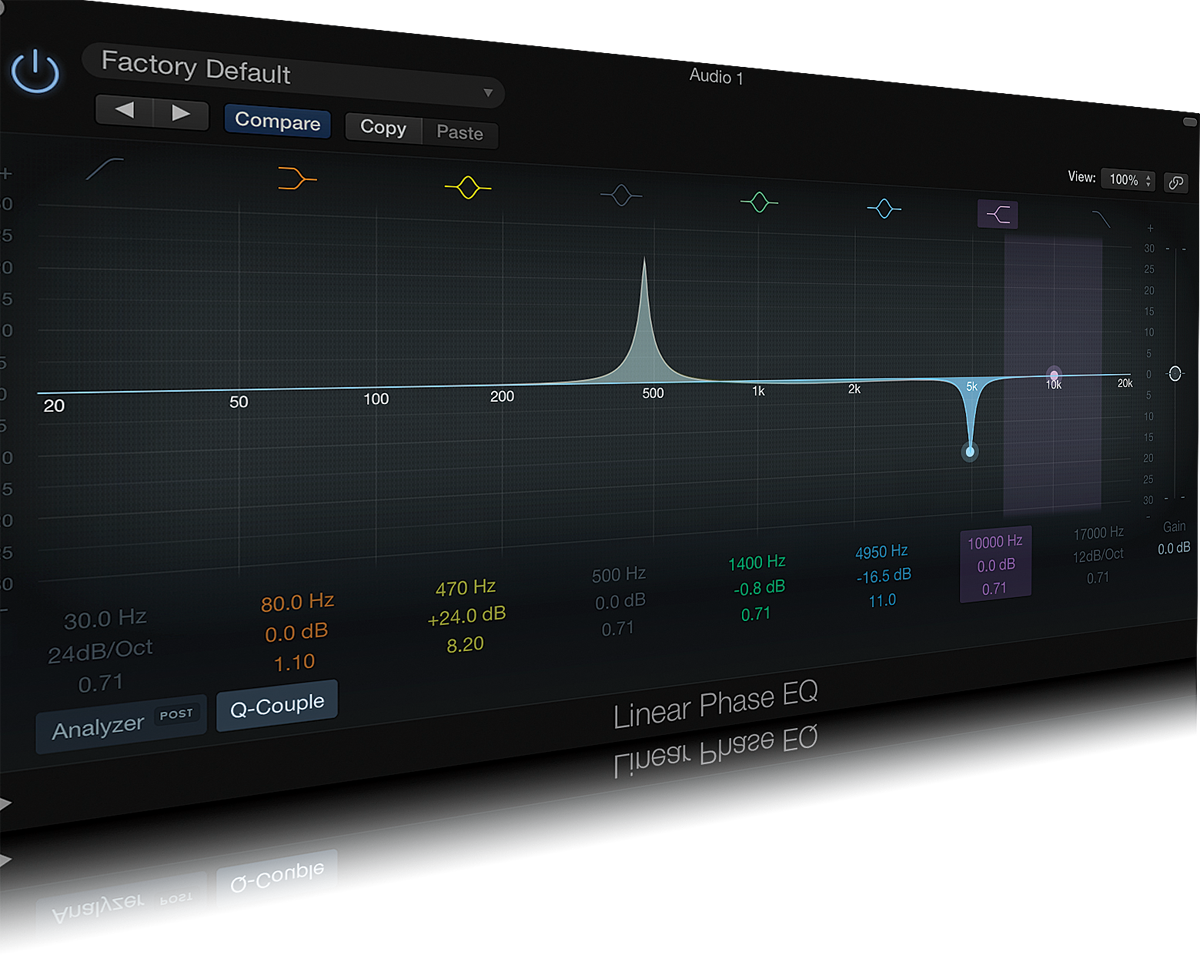 Rumble and hiss can be sorted with a dedicated EQ

10: Re-Record
It might sound obvious, but if you have a recording where there’s significant distortion, clipping or interference it’s always preferable to re-record it if at all possible.

Thanks to broadband internet and cloud file storage it’s now technically easier than it has been in the past to send someone a DAW project or just a reference file and get them to re-do a performance and send it back to you in high quality. Of course this is all dependent on them being willing and able to do it.

Sometimes the technicalities of a particular task make re-recording difficult or impossible to do. Nonetheless it should be your aim if it makes sense in the context of your situation. If you’re lucky you might have access to a realtime online recording package like Steinberg’s VST Connect which can make things easier.