Getting the EQ side of mixing perfected is one of the most important tasks for the producer. Here are 10 tips to help you master an art that can bring breadth and depth to your productions… 1. Yep, go low Rather like volume, you’ll want to cut rather than boost EQ levels to accentuate other […] 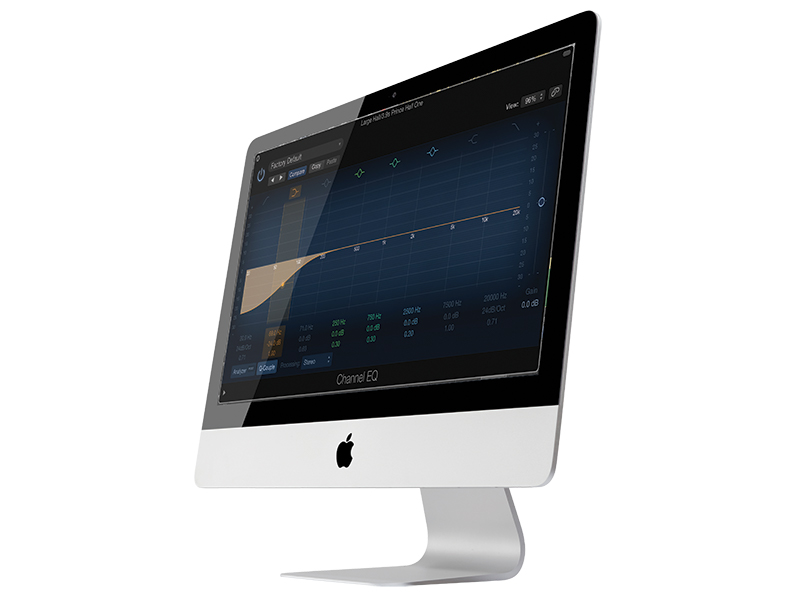 Getting the EQ side of mixing perfected is one of the most important tasks for the producer. Here are 10 tips to help you master an art that can bring breadth and depth to your productions…

Rather like volume, you’ll want to cut rather than boost EQ levels to accentuate other sounds. Think about a room full of people talking; the volume gets louder and louder as more people seek to be heard above others. That’s like mixing and EQ-ing, when everything ends up going up too far and challenging the other elements in the mix. If you use more whispered tones, you’ll be more in control, so your initial EQ process should be about lowering levels – small notches here and there, to make others stand out.

2. In fact, cut everything (almost) 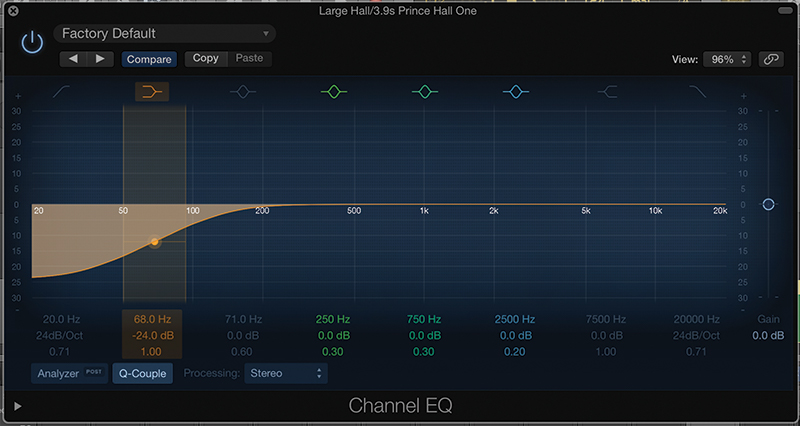 Taking tip 1 a few steps further, there are many that advocate putting a high pass filter across everything above 50Hz, that is cutting everything below it, except your kick and bass. These are the only parts that need low-end detail so cut the bass elements from everything else to cut down on rumble. Sure, there are exceptions – sound effects, low orchestral and other instruments – but if you allow your bass elements to sit on their own in their frequency range, you’ll introduce more space for the whole mix. And that is what it’s all about…

3. Not everything needs EQ. But…

As computers have become more powerful, we advocate having templates where you set each channel up with an EQ and compressor, ready for action. That said, not everything needs to be EQ’d, and just because you can use one, it doesn’t mean you should. Remember the old saying ‘if it sounds good, it is good’ so if you solo and unsolo a track and it sounds good in and out of your mix, then go with it and don’t just EQ it for the sake of it. That said (again), if you have time, don’t be scared to experiment with EQ on a good sound. You could make it a great sound…

Here’s a good one. If you have a very muddy area in your mix, it might need lots of work on individual tracks to untangle it. Here, try a very narrow notch (with a low Q or width value) to surgically go in and boost or cut in areas around the trouble to identify where the mess is. It’s like prodding around in keyhole surgery, a bit of trial and error, but without any lives being at stake. So if you’re no EQ expert, develop this scalpel method and you’ll have your mix stitched up in no time. OK we’ll stop that medical analogy now…

Using too much EQ to fix a problem? Massive cuts and boosts everywhere? Well, that might signify that you have bigger problems elsewhere. Your track volume levels might be all over the place, or some over EQ-ing somewhere else might be causing you to compensate. Or, even more simply, your monitors might be shit. As with using effects, less is more with EQ. Small steps and all that.

6. On the other hand 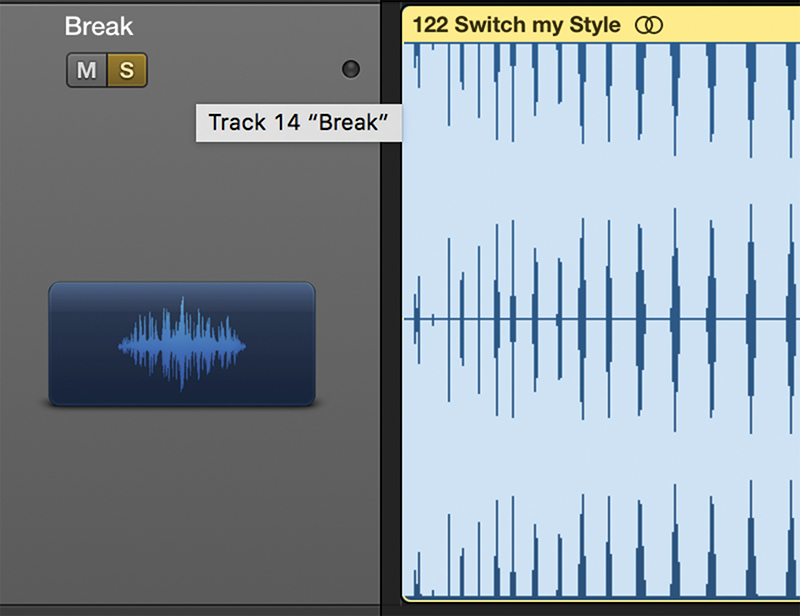 Don’t be scared to over-EQ something! ‘Hey?’ you are probably saying, ‘didn’t you just say don’t over EQ?’ Yes, but this is different. Mixing and EQ-ing in particular is all about how something sounds in a mix. So don’t be scared to over EQ something – to scoop the living hell out of a drum break, for example – and for it to sound terrible when solo’d. As long as when you press that solo button again and it sounds great in the mix – perhaps it was just the more percussive elements you were after – then it doesn’t matter what it sounds like in isolation. Similarly, you might completely destroy an individual backing vocal with EQ, but as long as it sounds great joined up with all the others, then it is great! The mix, as someone once said, is everything. 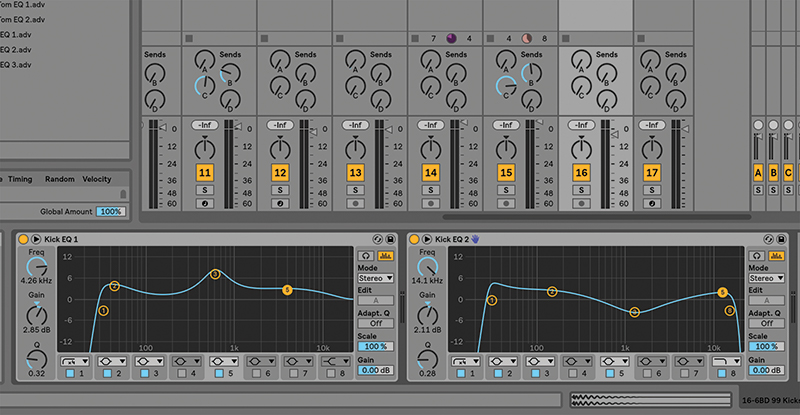 Got a couple of parts in your mix that are clashing? Some vocals with guitars, some drums with some bass? Here’s where you dig out the old ‘opposing EQ curve tip’. Simply have one EQ with a boosted curve which is focused around the character frequency of the sound, and apply it to one sound. Then do the polar opposite – a curve at the same frequency area but cut – and apply it to the other sound. Sounds now separated!

People talk about giving a mix some air, some space, a sheen, a presence… What’s that all about then? They are talking about giving your mix some life at the higher end of the scale. Vocals can be given a lift by applying an EQ shelf right above their top range around 14kHz; it kinda drags things upwards and more forward. Similarly do the same above 16kHz with a band rather than shelf and the air will be added to your percussive and other mix elements. 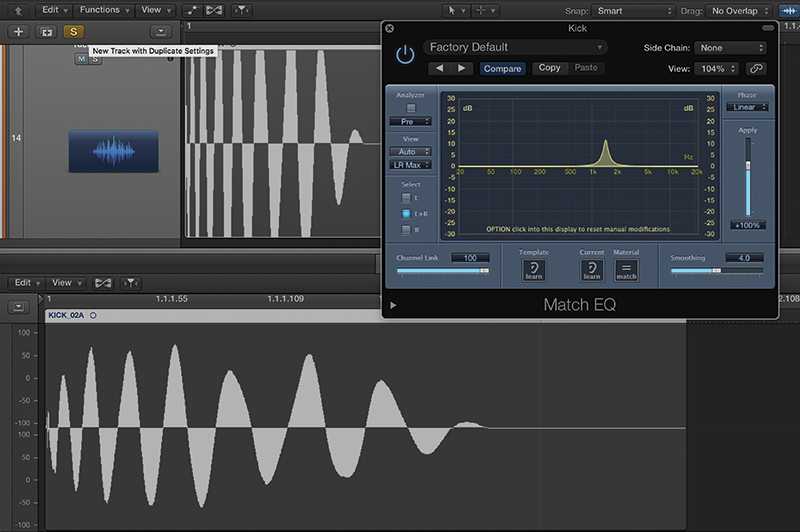 Basses and kicks are all about low frequency EQ application, right? Wrong. Sure they have a lot of low frequency elements, but try taking either sound, solo it, sweep a notch across the frequency range and your kick or bass sound will change character beyond belief. Many kicks and bass sounds develop some great characteristics if you enhance the upper mids, for example, So, remember, when EQ-ing either, that you have higher frequencies to play with to make them stand tall, especially when applying those opposing EQ curves we mention in the tip above. Great lows can actually mean great highs. Or mids. Well, you know what we mean…

We’re always on about the olden days, before computers, when people mixed with their ears, rather than eyes. Things were better back then because people were actually listening to their mixes, right? Yes. And no. What we have with our lovely, modern EQs are visual guides, analysers, spectrographs, frequency displays and meters that let us precisely see a sound or an EQ action, so use them. Yes, your ears and monitors will tell you the truth, but if they can’t identify a precise mix problem, your eyes might just do it, with a little help from some frequency analysis. And remember… cut!