Pretty much every tune hangs around a great beat, but if you don’t have access to a drummer then, fear not, your DAW has it all. However, it’s very easy to program soulless beats in your DAW, unless you follow these ten beat programming tips, that is… 1. Imagine you’re a drummer No, we don’t […]

Pretty much every tune hangs around a great beat, but if you don’t have access to a drummer then, fear not, your DAW has it all. However, it’s very easy to program soulless beats in your DAW, unless you follow these ten beat programming tips, that is… 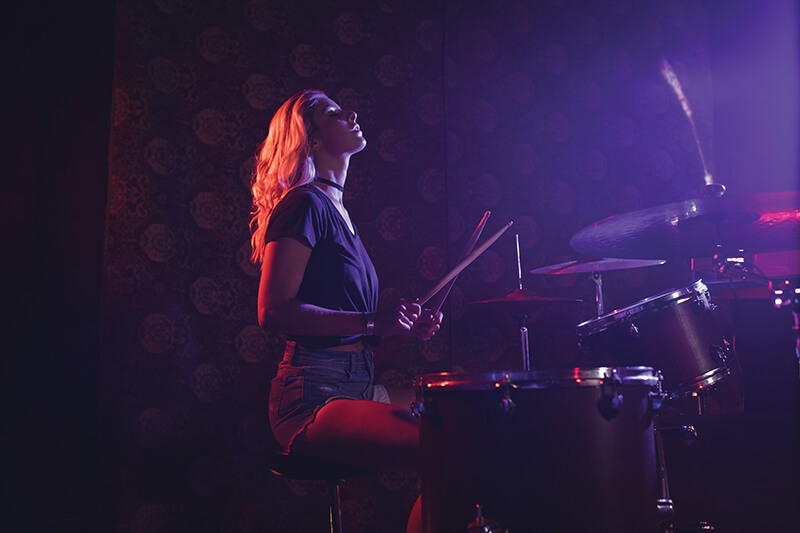 No, we don’t mean for you to start flaying your arms and legs around and grow your hair long. What we mean is, if you want to make human sounding beats, then imagine what the physical constraints of being a human being are and how a drummer works within them. You usually have access to four limbs and drum kits tend to be set up in similar ways. So don’t program simultaneous beats that are impossible to play or cymbals and toms that are impossible to transition between. 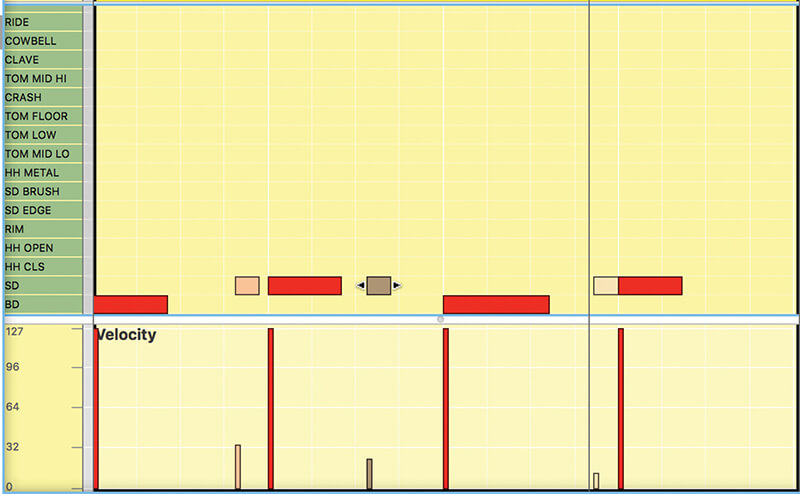 Again, for more human grooves, use ghost notes in your programming. That is, next to the larger and brasher beats, consider snares, hats and toms with a low velocity that simply fill a gap and roll into the next beat. Ghost notes are essentially to fill out space around the main groove.

4. Get groovy with your DAW 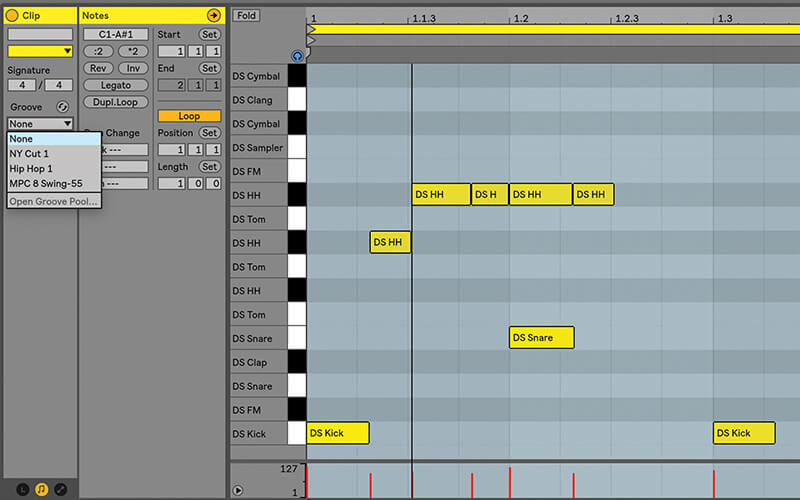 Don’t be frightened to use the groove options available within your DAW. Many now have some kind of groove feature where you can apply different presets to your beats and these really do help with perhaps poorly programmed beats and turn them into something else entirely.

The Groove Pool in Ableton Live, for example, is full of preset grooves for hip hop, MPC-style, rock, Latin and more that you simply apply to programmed beats or audio, to either radically or subtly change them and introduce a professionally programmed feel to your beats in an instant.

5. Create your own beats 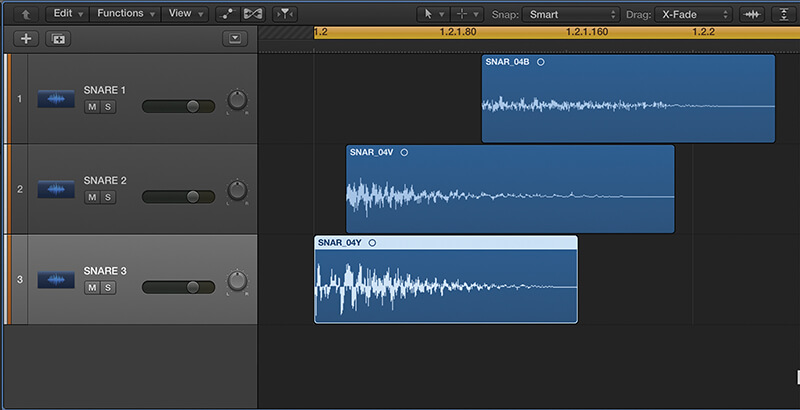 Every DAW out there seems to come with a pretty hefty mountain of acoustic and electronic beat samples these days – basically it’s everything you need in pretty much every style of groove production. But in order to really stand out from the crowd, try layering beats that sounds similar or of the same type together to create a brand new single beat.

The attack of a snare, combined with the body and tail of two others might, with some careful EQ-ing, create a totally brand-new, single snare sound unlike any other in that well-ploughed field of DAW-supplied beats.

Variation is everything in a groove, so getting a good dynamic across the groove and the sounds within it is key. This means filling your groove out with sounds from across the percussive spectrum and it also means adding a dynamic that varies for each of the beats you choose.

This could be as simple as altering the velocity within your programming for each beat, or putting in samples that reinforce certain beats, like adding a second complementary sample on every other kick and snare. You could add more dynamic flow by alternating between slightly different samples for the same percussive hit, so use a subtly different hi-hat for every third hit, for example…

Continuing the theme of variation that velocity dynamics introduced in the last tip, consider adding some programming variations every two to four bars. You could add a simple ghost snare (see tip 3), or add or remove other elements including the kick.

Adding crash cymbals and fills is another obvious way to add variation but keep your beats flowing and writhing like a big rhythmic snake and you’ll have a more interesting backbone to your song. 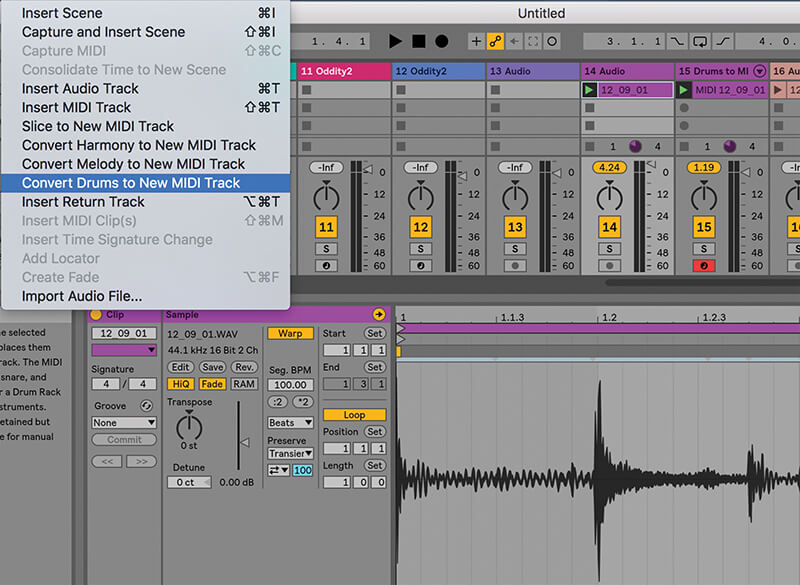 Don’t like using other people’s drum loops? Want to be a bit more creative? Well, there are ways to use loops which can be as creative as building them from scratch. You can simply layer loops together or use slicing programs like Propellerhead’s ReCycle to slice them up and re-imagine them.

You should even consider loading in a great loop that you like and then reprogramming it by lining up new samples against the constituent beats. Some DAWs like Live even allow you to create MIDI tracks from audio samples so consider that too. Loops are great so don’t be afraid to get loopy with them. 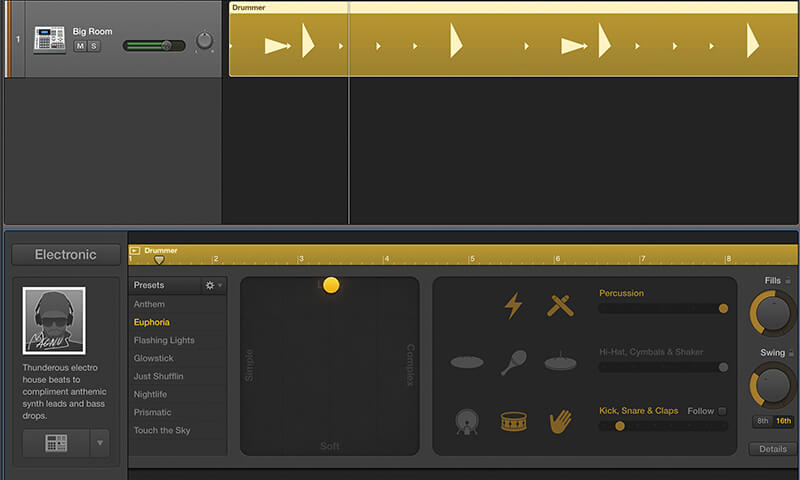 With music technology there’s usually a short cut. But with programming percussion there are a myriad of quick fixes. From using someone else’s programmed MIDI file from either your DAW presets or a dedicated VST from the likes of Toontrack to simply using Logic’s Drummer, there are easy ways to make beats.

But the important thing is to add your own spin: the end samples perhaps or some creative effects or even add some extra beats over the top.

The most common tip that professional producers tell us when it comes to beat programming is to really make sure your beats are in tune with your song. The kick and the tom especially have a tendency to sound out of tune in certain mixes so do be prepared to do some fine sample tuning with your beats for the perfect match.

Ultimately your beats have to sit inside, and be a core constituent of your song, and not sound removed or distant. Happy beat programming!