The phone and tablet came of age for the music maker over the last 150 issues of MusicTech. Here are the finest apps for mobile music making… Apple GarageBand – £2.99 This app is free to start with, but just £2.99 gets you everything you need to create tracks from scratch with ‘real’-sounding instruments and […] 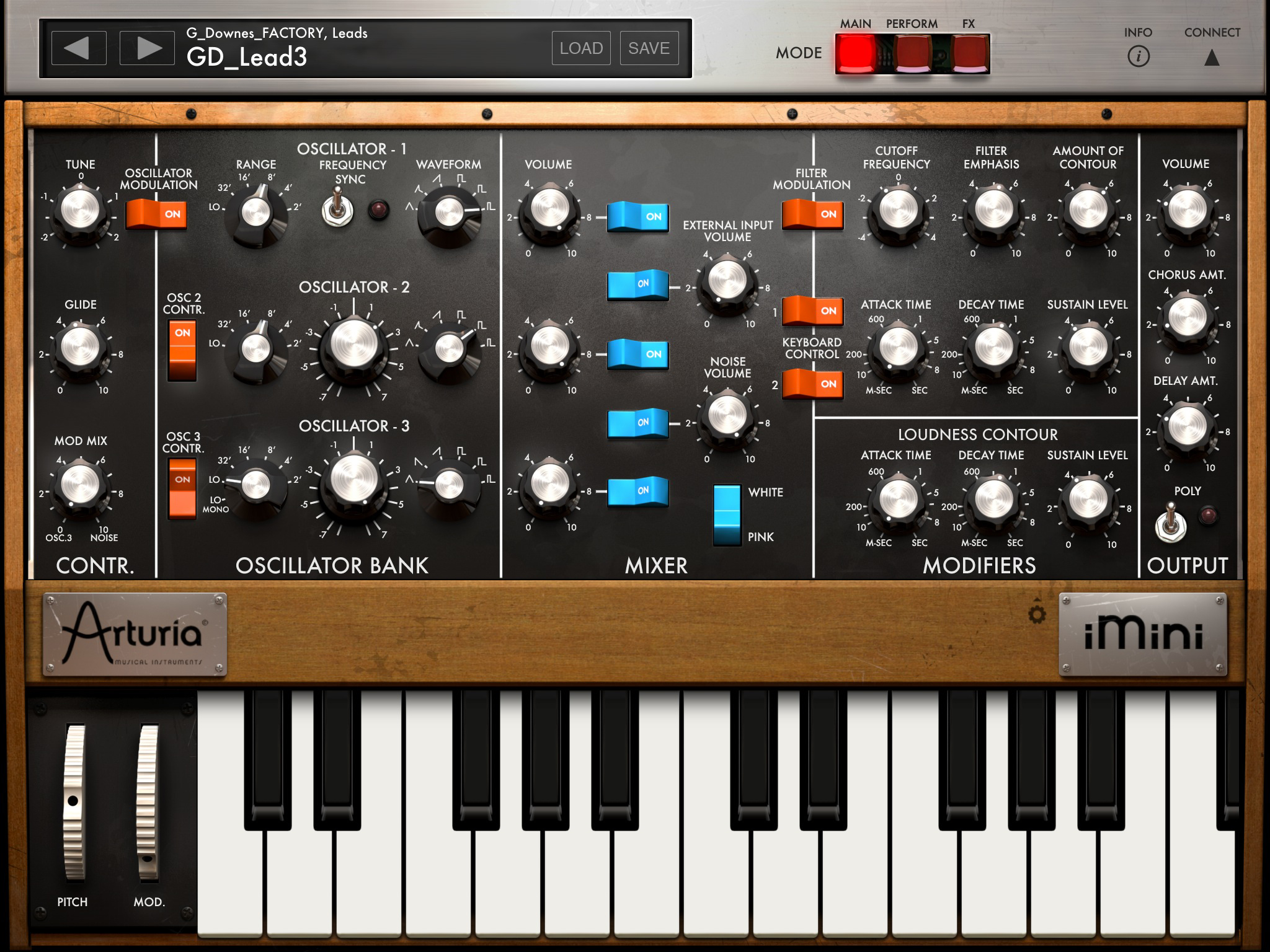 The phone and tablet came of age for the music maker over the last 150 issues of MusicTech. Here are the finest apps for mobile music making… 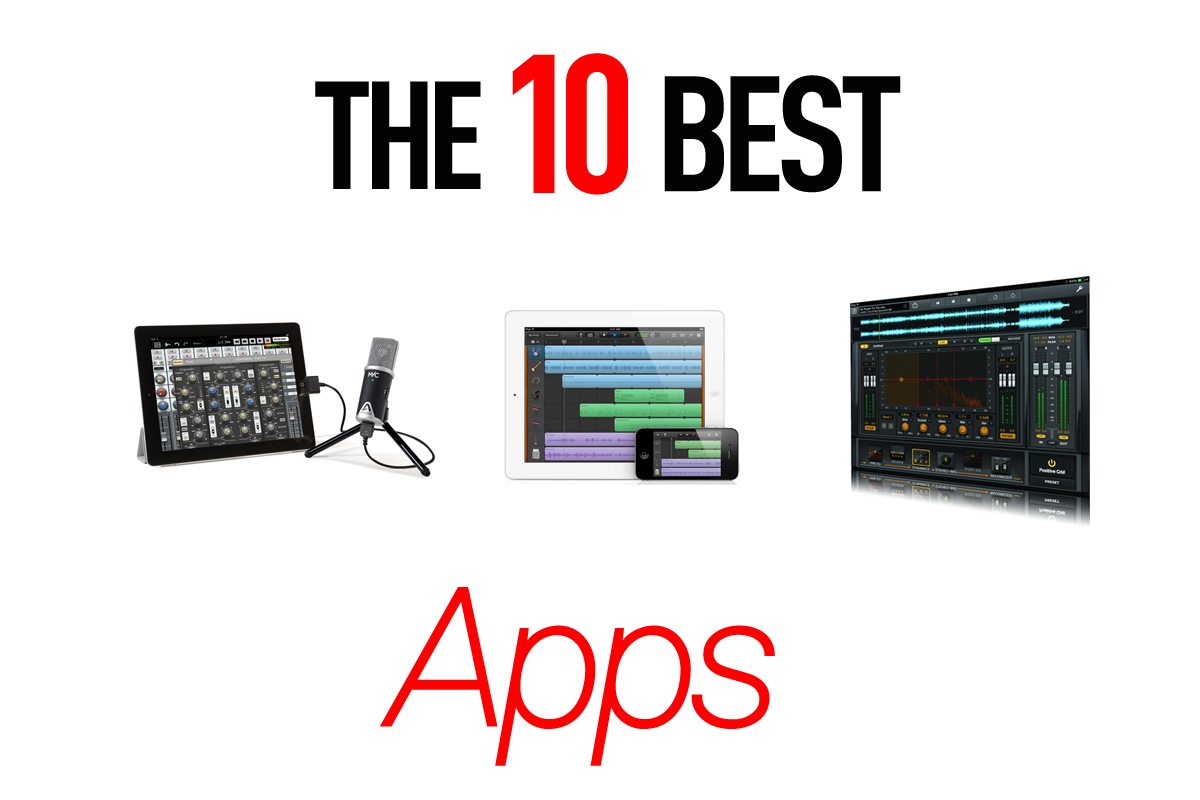 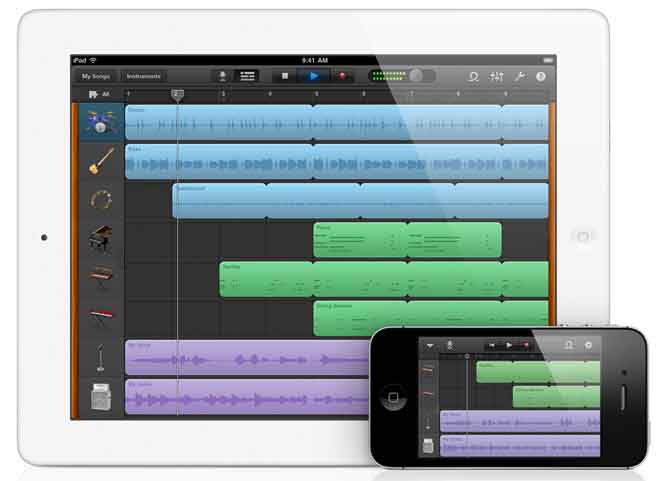 This app is free to start with, but just £2.99 gets you everything you need to create tracks from scratch with ‘real’-sounding instruments and 250 loops thrown in for good measure. As a scratchpad songwriting device, little beats it; nothing does for the money. www.apple.com 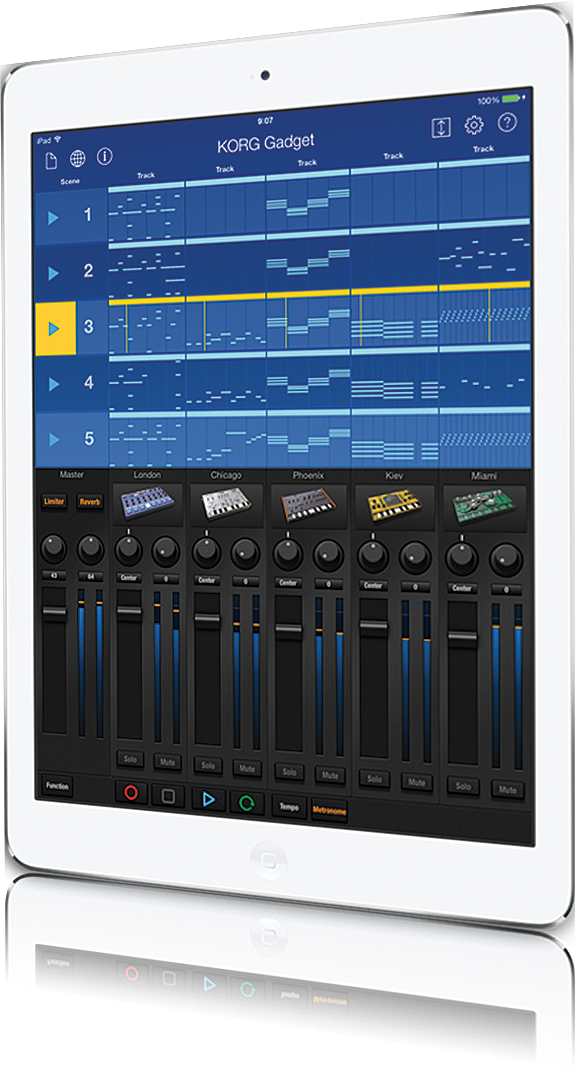 As an all-round songwriting tool for electronic-based music, this is probably the app to get. It ships with 17 synths and drum machines, all named after famous cities and a few modelled on classic gear. It becomes incredibly intuitive, and you will be doing complete works on it in no time. It also enables you to import other great Korg instruments and download/buy new ones. www.korg.co.uk 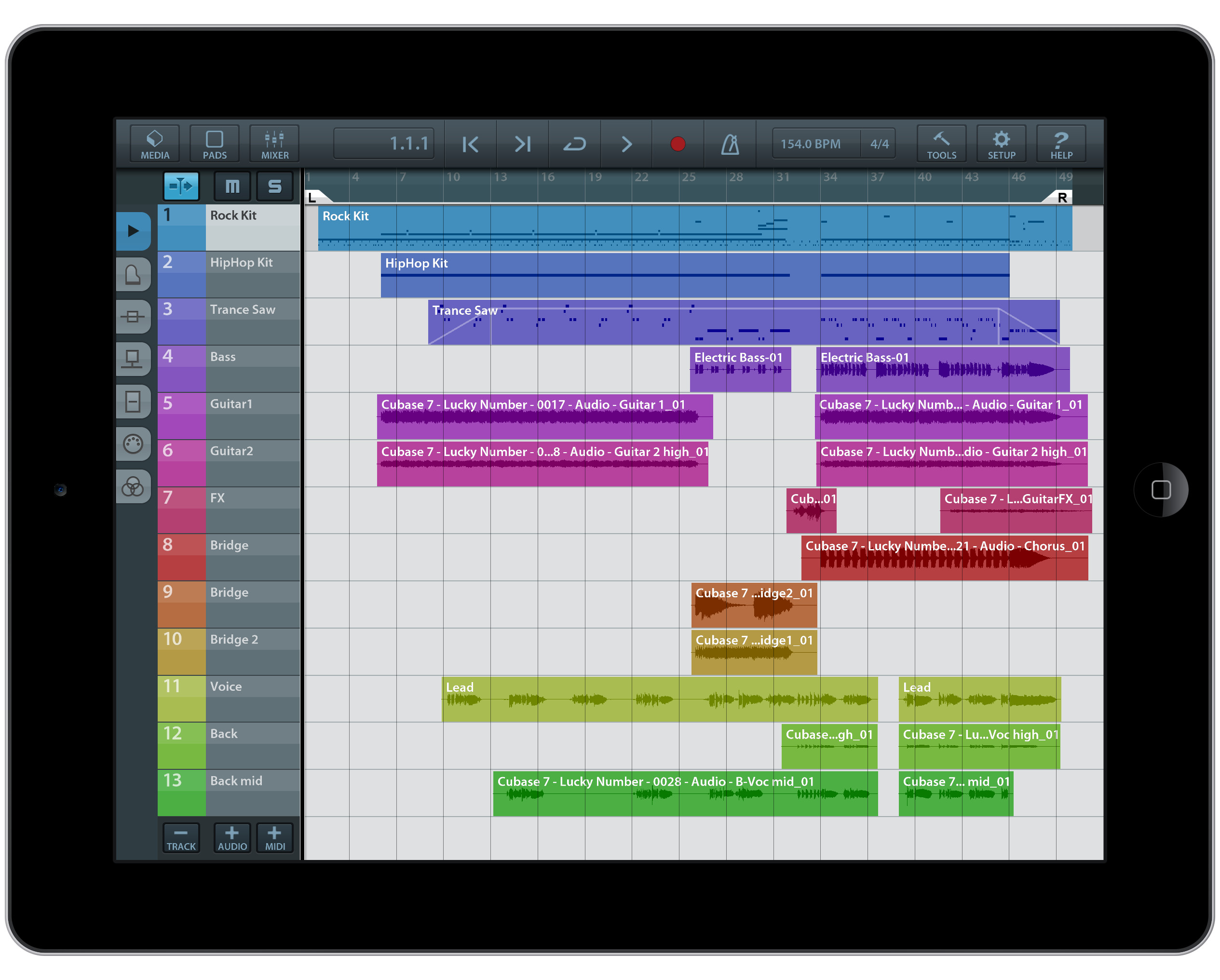 Probably more like a traditional sequencer/DAW than any other app on the market, simply because Steinberg made it, and based it on Cubase! But it works – and works incredibly well. The workflow is slick, there are ‘instruments’ included, and you will be making music in the traditional computer way in no time at all. www.steinberg.net 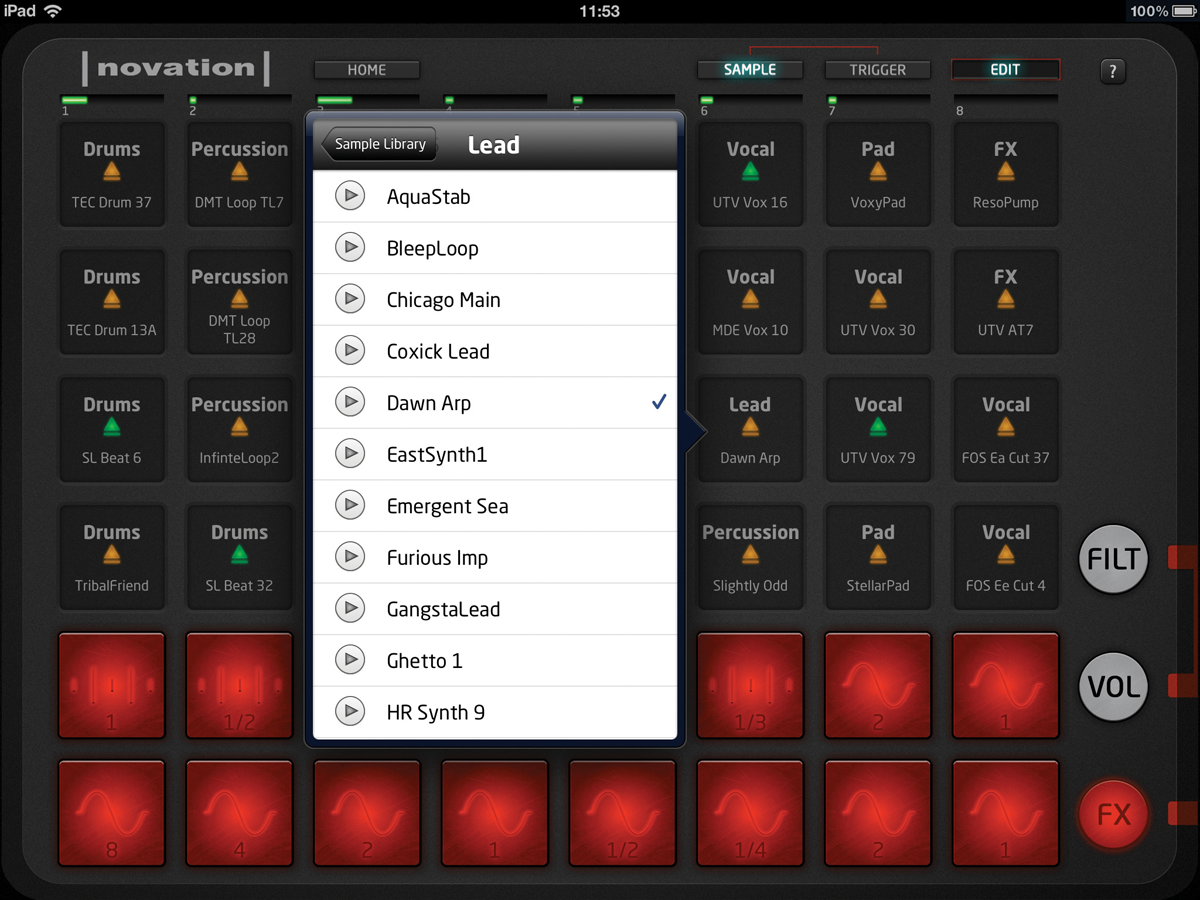 Like GarageBand, there’s a free version, but we heartily recommend parting with a few quid to get audio import on top of the sound packs that you get to perform, control, mix, remix and – well – basically have a lot of fun with… uk.novationmusic.com 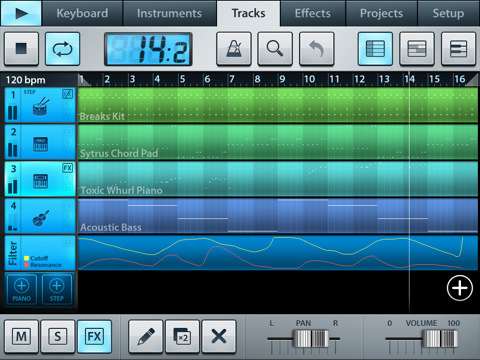 Probably the all-in-one DAW app that you should turn to if you are new to music making; you get instruments and an intuitive sequencer. Caters more for dance/loop-based music, but you will be making it easily and will be rewarded quickly. www.image-line.com 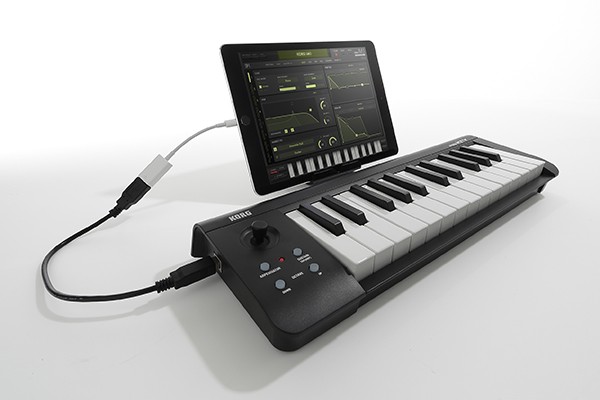 Much as it pains us to include more than one app by the same developer, Korg really has got much of the mobile synth market sewn up (we could easily have selected the iMS20, too), but the reason we’re including the company’s mobile M1 is because it’s done so well. A fairly difficult to use hardware synth has been realised to mobile perfection. If you’re of a certain age, you’ll want it… www.korg.co.uk 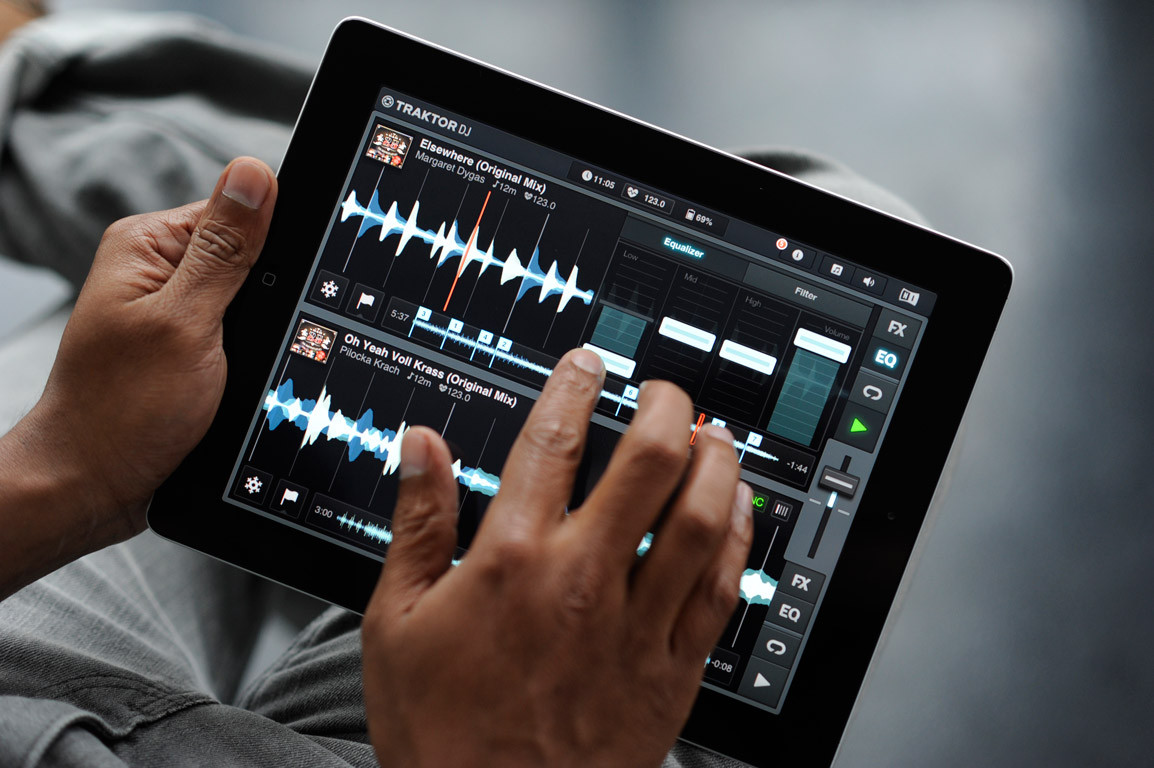 Some current DJs are criticised for not really doing very much during a set. Now, if you see one looking at his phone, he could well be DJ-ing with this. The app takes the essence of the Traktor Pro software and wedges it into an iOS device – to amazing effect. It can be used as an audio mangler in its own right, and you can create songs, but it’s especially at home mixing. Check out the company’s iMaschine, too. www.native-instruments.com

Want a cracking analogue synth on your iPad? You’re spoilt for choice, with Korg and Arturia not surprisingly being the biggest companies. We’ve chosen the iMini, as it’s the classic analogue synth of the 70s, realised on your iPad. OK, the original might not have had the sonic sheen you get here, but iMini is easy, flexible, looks like the real thing, and you can even make it polyphonic… www.arturia.com 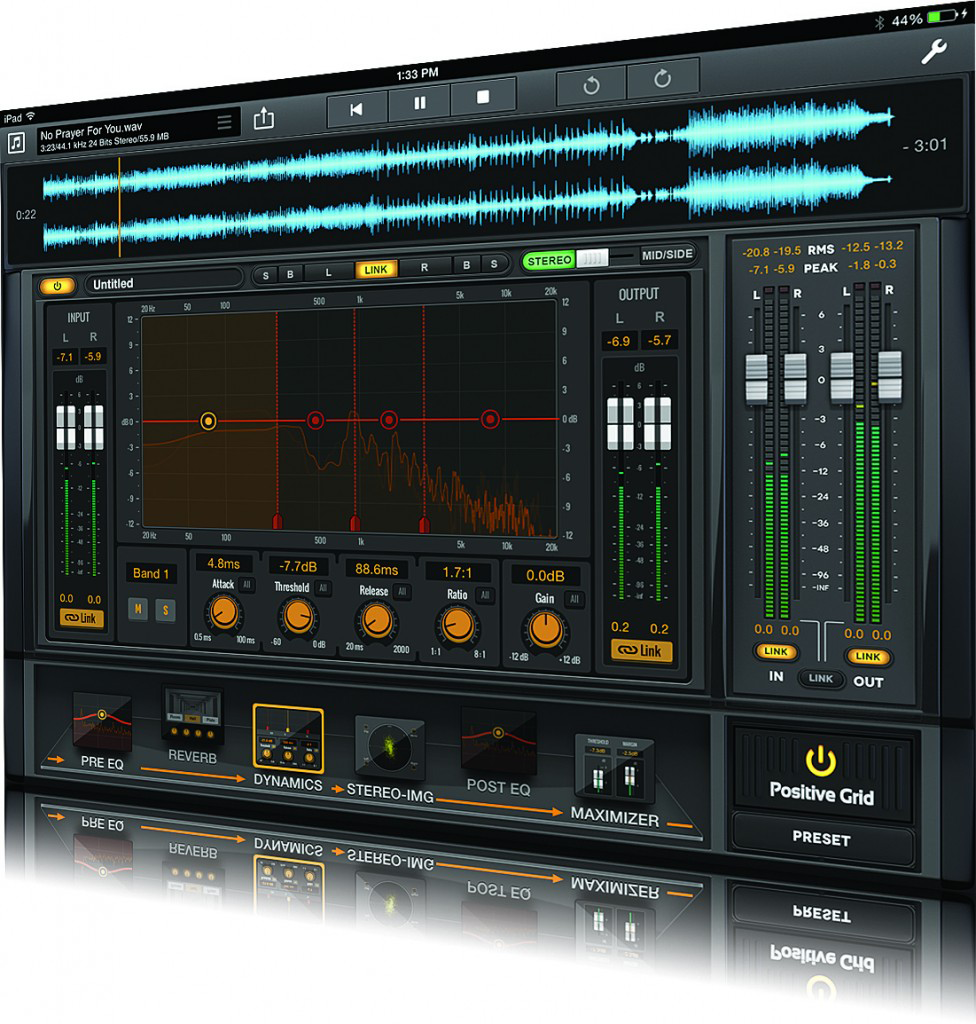 Mastering is still the dark art for many (who haven’t read MusicTech’s many guides on the subject), and Positive Grid’s Final Touch not only makes what can be a complicated process a lot simpler, it also does it on an iPad. Several effects and modules are on offer, and it’s the best of the mastering mobile bunch. www.PositiveGrid.com 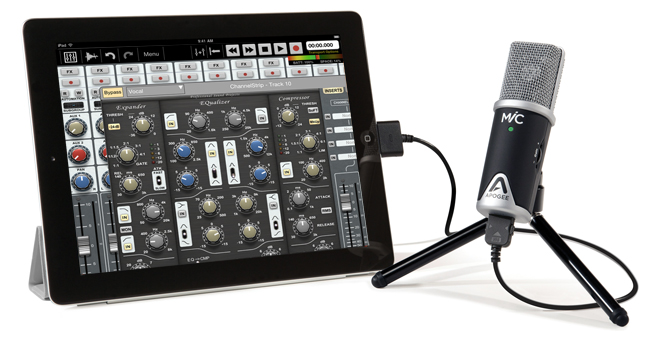 If you want to make an analogy with ‘proper’ DAWs, you could consider this the Pro Tools of mobile music making. Auria comes with playback channels, effects and everything you need for great-quality multitrack recordings. It’s as pro as apps get. www.auriaapp.com