Sometimes, plugging in a pair of headphones is enough for iOS production. But for musical applications beyond basic song sketching, you’ll need some kind of input and output, which allows more flexibility than ’phones and a built-in mic. It’s just like desktops, when you think about it. Here we check out some of the finest […] 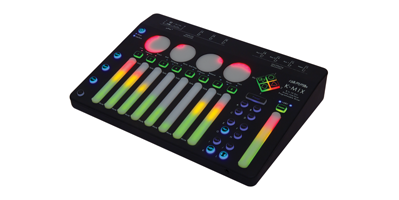 Sometimes, plugging in a pair of headphones is enough for iOS production. But for musical applications beyond basic song sketching, you’ll need some kind of input and output, which allows more flexibility than ’phones and a built-in mic. It’s just like desktops, when you think about it. Here we check out some of the finest mobile interfaces around right now…

A surprisingly large number of USB interfaces are iOS compatible – which is mostly thanks to Apple’s Camera Connection Kit – and as you’d expect with such a popular platform, there’s something for everyone.

Beginning at the higher/more expensive end, there’s the RME UCX (www.rme-audio.de). This is a typical RME product – perfectly constructed, great-sounding, and stable in performance terms. And, at £899, not cheap. This is class-compliant with iOS, and will provide up to 18 channels of input and output – that’s 8/8 analogue, 8/8 ADAT, and 2/2 SPDIF.

That count includes two mic preamps. MIDI in/out is also available on a breakout cable – this is a half-rack-sized unit, so you can forgive them for not fitting everything onboard, I guess. As well as the iOS functions that concern us here, the UCX also connects to a computer via USB or FireWire. Breakouts notwithstanding, you’re going to get full regular performance from the UCX, as well as – according to RME – the same sound quality and timing accuracy as with OS X or Windows. As long as you can afford it, you can’t go wrong with RME.

The Keith McMillen Instruments K-Mix (www.keithmcmillen.com) is a totally up-to-date take on the audio interface, and this one again is compatible with computers and iOS devices, not to mention featuring a standalone mode, so you can use it in hardware rigs. The K-Mix includes eight balanced inputs (with two mic preamps) and 10 balanced outputs (including the headphone out). 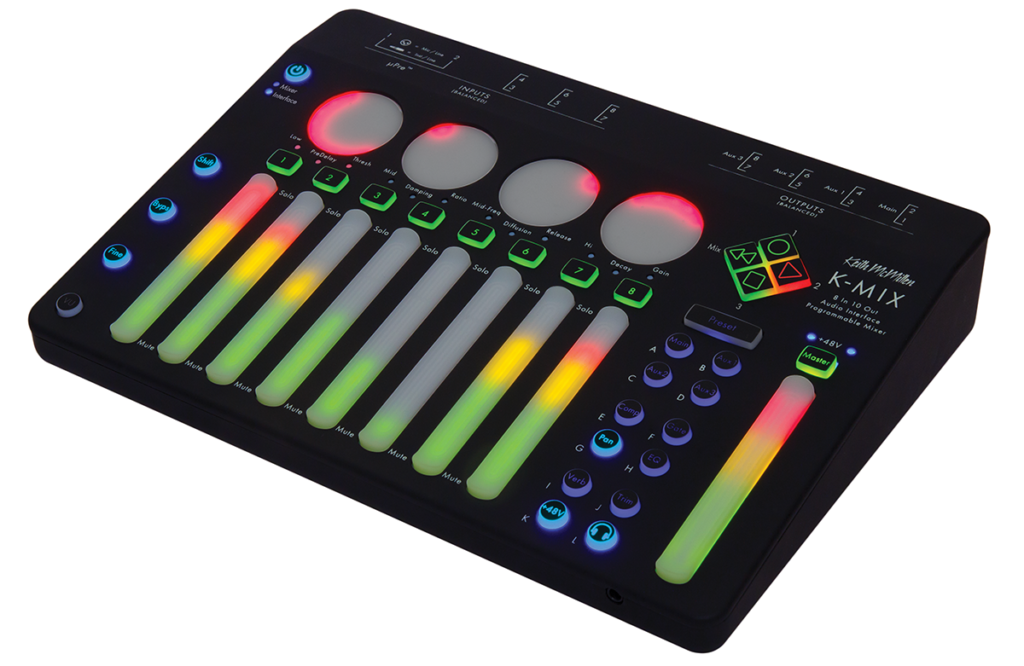 Interestingly, those top-panel controls can be employed as a MIDI control surface as well, simply by changing presets, so this is a very versatile unit that also saves desk space… and I haven’t even mentioned the onboard digital effects yet. When used with a computer, the K-Mix is fully functioning on USB power only, which is impressive. Unusually, the K-Mix features two USB connections, so it can be powered from the mains at the same time as it’s connected to your iPad, without needing the Camera Connection Kit.

The iConnectivity iConnectAUDIO2+ (www.iconnectivity.com, approx £179) is a very ‘iOS-literate’ audio and MIDI interface – it’s not just included as an afterthought. The AUDIO2+ features two audio inputs, six outputs, and MIDI in/out on ‘proper’ connectors as well. It’ll let you connect two computers at the same time, or – which is what we want here – an iOS device and a computer simultaneously, and it’ll charge the iOS device as well. 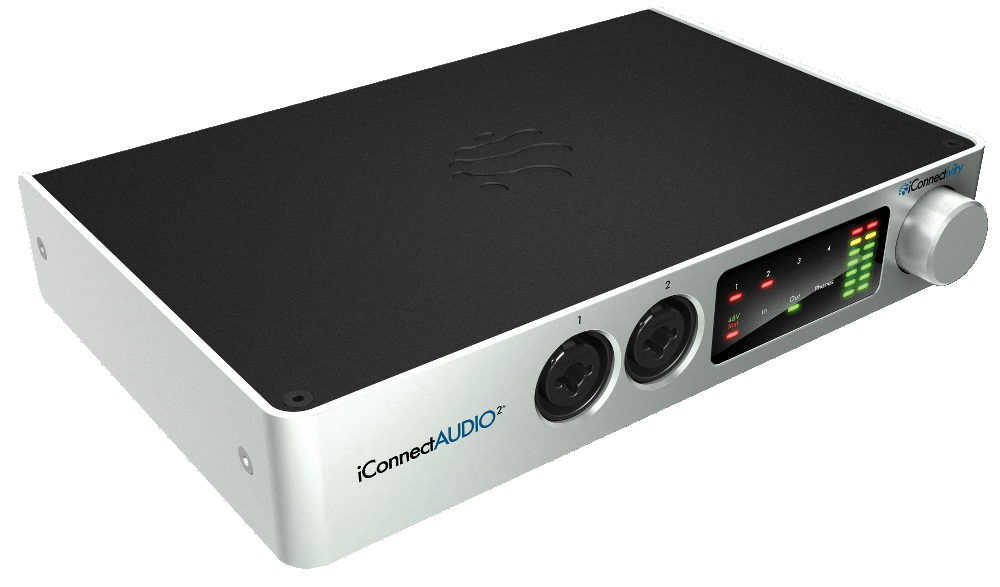 Add a very comprehensive range of MIDI and audio routing options, and this is a fantastically useful audio/MIDI toolkit for the studio where iOS and MIDI meet. I’m seeing the iConnect range in a lot of live performance rigs.

Going smaller and ever more portable, the IK Multimedia iRig Pro Duo (www.ikmultimedia.com, approx £149), is a two-channel audio interface that’ll connect to your Mac, PC, iOS, or Android device. Cables for all of these options are included, and there’s an optional one for connecting older 30-pin iOS devices. It can be powered by the connection where possible, or mains, or batteries, so lots of options there. 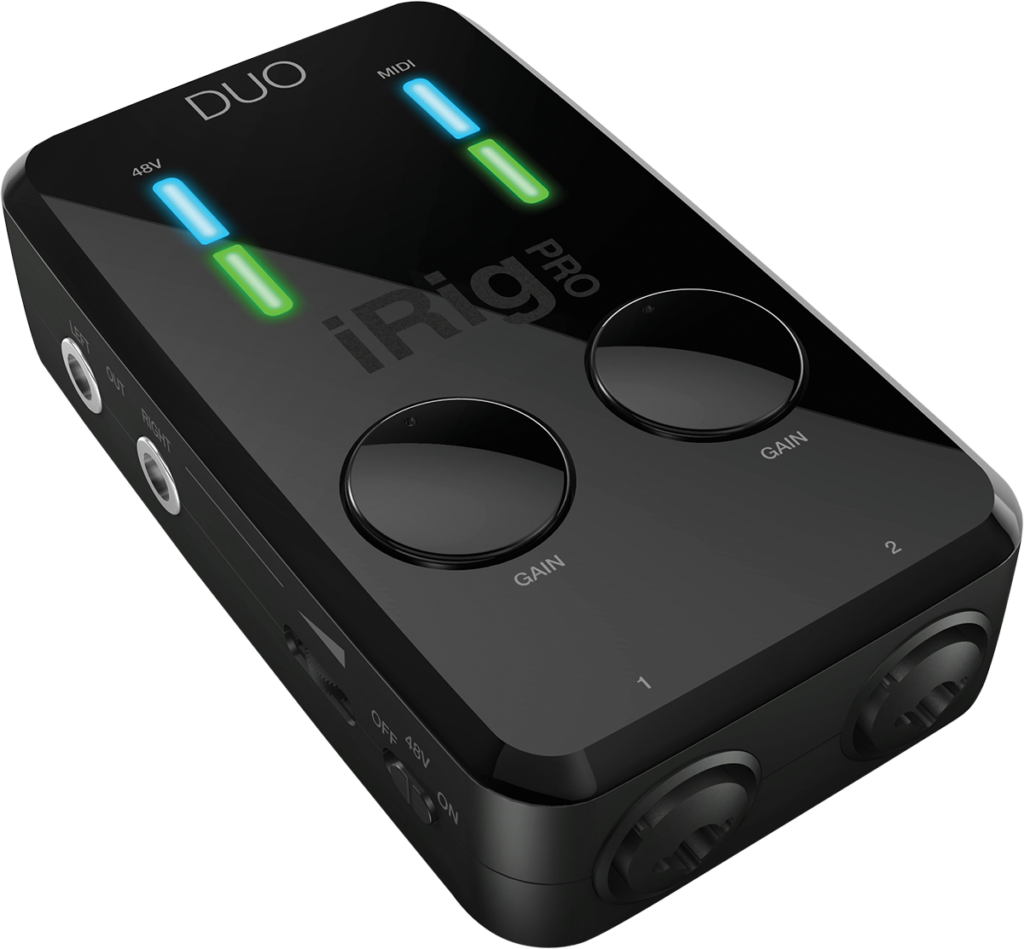 I’m happy to see it includes two full-size 1/4-inch balanced outputs and 48V phantom power, alongside the two XLR mic/instrument/line inputs. The package also includes adaptor cables, so you can route MIDI communications from hardware through the iRig Pro Duo to your computer/device/whatever. That, and the battery-power option, will be big selling points to some folks.

Though it’s shape may not be as portable-friendly as its smaller siblings the iTrack One Pre from Focusrite is one of the finest mobile interfaces we’ve come across to date (iTrack One Pre, £119). Suitable for both vocals and guitar and powered by the iOS device makes the iTrack One Pre a worthy addition to our list. 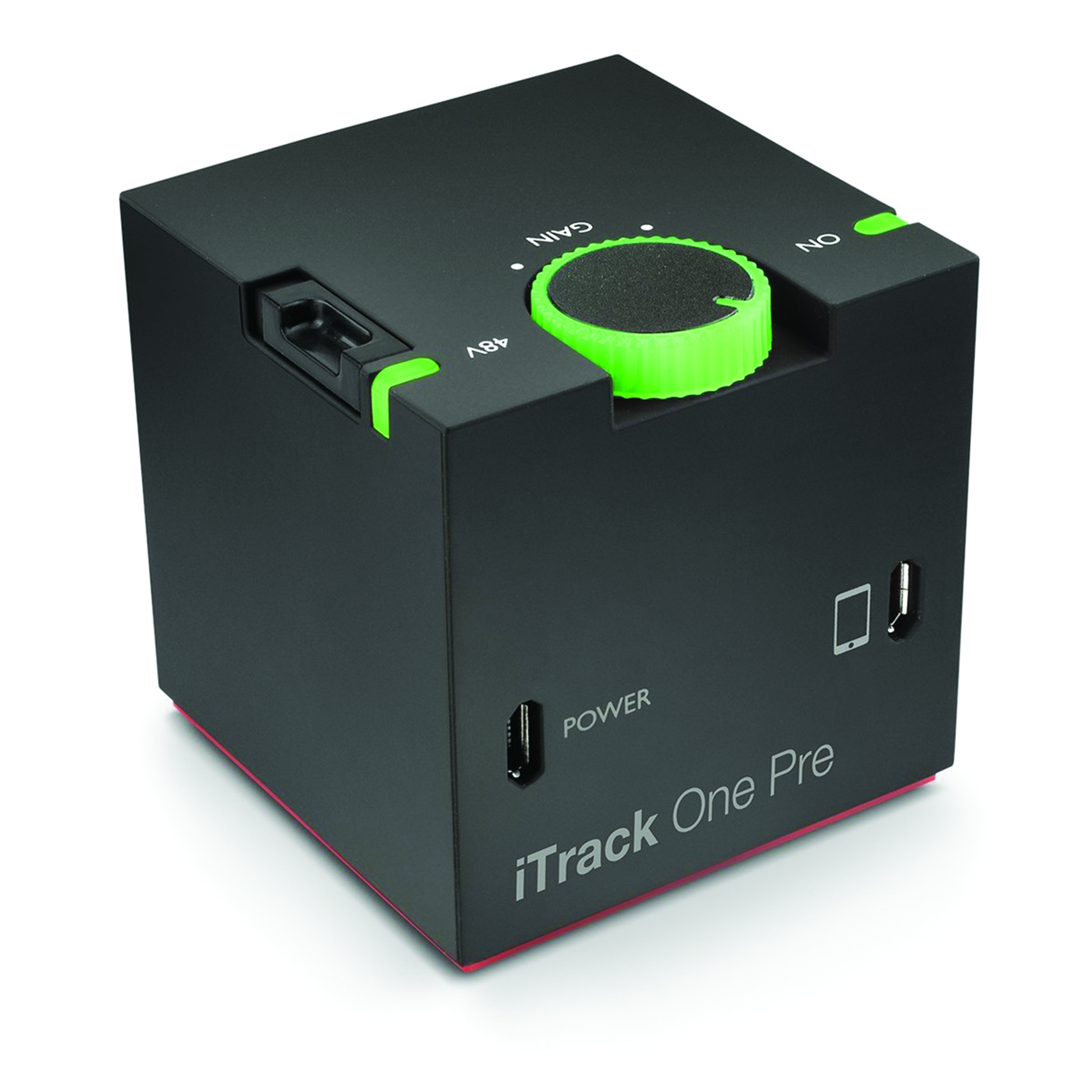 As our interface selections continue to shrink (not in a bad way), we encounter NI’s Traktor Audio 2 (www.nativeinstruments.com, approx £69). This connects to your computer via USB, but is also lightning-compatible, so you don’t need the Camera Connection Kit to plug it into your iPad. An optional power supply enables iOS device charging, too. This DJ-focused interface has two separate stereo outputs, so you can cue your tunes with it. The mini-est digital DJ rig known to man – iPhone with Traktor DJ, and the AUDIO2. That’s pretty mini, I think you’ll agree. And in case you’re wondering, it’s not Traktor-only! 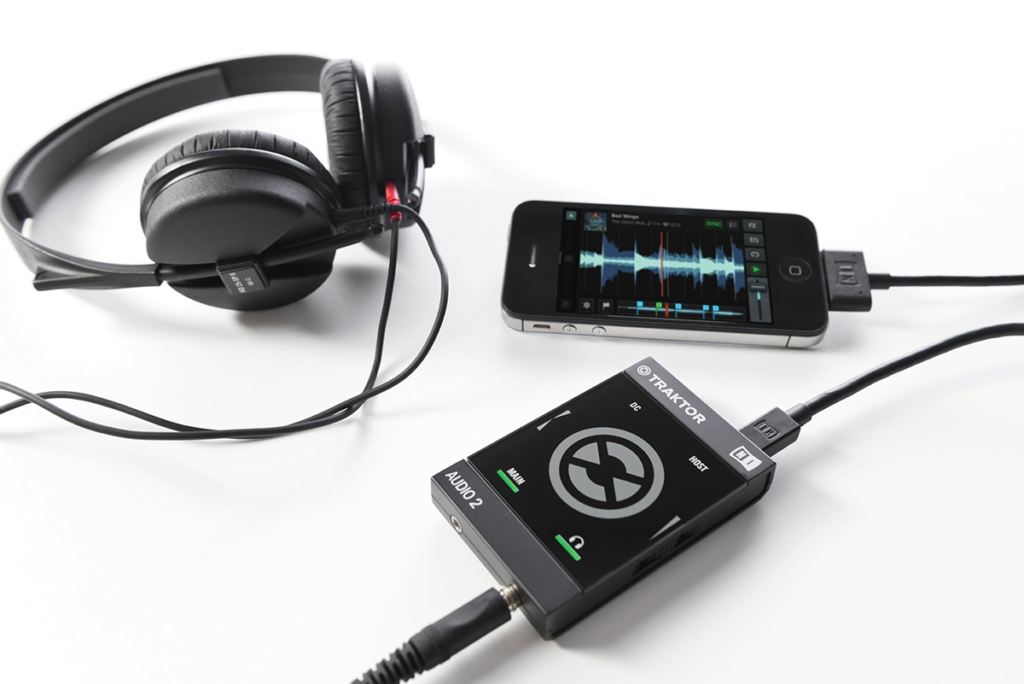 The best interface for the job…

The best thing about all of the interfaces mentioned here is that they’re not platform-specific. You can use them with your iOS devices and apps, which, realistically, are still more ephemeral than their OS X/Windows cousins, but they also work with those computer cousins as well.

That’s about as future-proof as it gets with these! RME, in particular, has a stellar record in terms of support, although that’s reflected in the price, of course. The RME interfaces are very complex devices, though, and could be reasonably considered overkill for the majority of iOS users.

Each interface mentioned here has a speciality, and hopefully, it’ll be clear which suits your needs. It’s like MIDI controllers – you’ll end up with more than one – it’s not unusual to have a more complex interface for studio use, and a simpler stereo model for live use. The UCX has the wealth of inputs and pro features; the K-Mix has the bonus MIDI control surface operation; the iConnectAUDIO2+ serves when you must use two platforms at once in your rig. Plus, the iRig Pro Duo has battery power and MIDI routing, and the AUDIO2 has the ruggedness, compactness, and the focus on DJing.