The Best Tech On A Budget: The Singer-Songwriter

As a singer-songwriter, you will want a mic and somewhere to plug your guitar or piano into. The following setups go from simple iOS-based ones to a full-on songwriter’s dream studio. Check out part 1 of our series. Option 1: £500 or less Software GarageBand £2.99 The price for an app of this complexity and […] 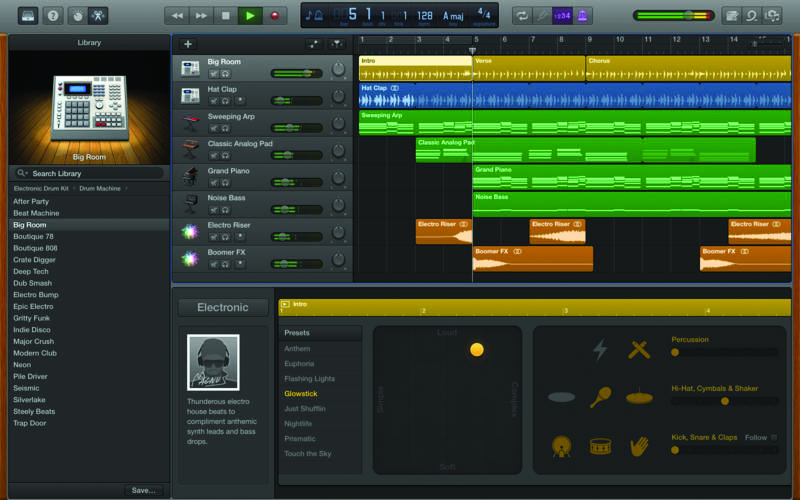 As a singer-songwriter, you will want a mic and somewhere to plug your guitar or piano into. The following setups go from simple iOS-based ones to a full-on songwriter’s dream studio. Check out part 1 of our series.

The price for an app of this complexity and flexibility is ridiculous, but that’s Apple for you: cheap software to sell expensive hardware – you know the score. GarageBand was an introduction for many people to the joys of making music on a computer, but when it came out on the iPad, people suddenly realised that iOS music making had come of age. The app now comes jam-packed with instruments and guitar amps, which you can play through simply by plugging in your guitar. There are loads of effects and so much more. “At the ridiculous price of £2.99 for everything, you really can’t go wrong,” we said. “And this still remains one of the best apps for music making.” 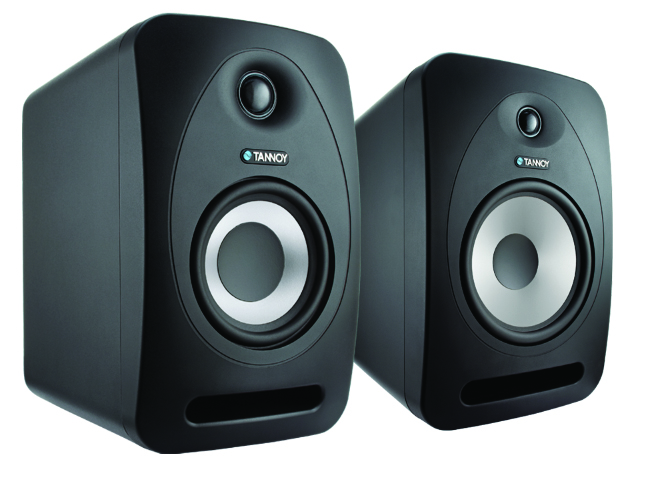 Again, the budget market for monitors is varied and crowded, but as you singers and songwriters have only spent £2.99 on your software, we think you can nudge the price up slightly for your speakers, so we’ve gone for the Reveal 402s from Tannoy. “These speakers will effortlessly fill a small-to-medium-sized room with sound, and the extra volume that they produce makes it easier to overlook the slightly vague stereo imaging. These models represent a lot of speaker for the money. The 402 has ample power, great looks and impressive sound quality for its price point. Fine-sounding monitors for the money.”

With GarageBand as your core software, you could go for the same interface we recommended for dance musicians on a low budget: the Focusrite iTrack Dock (see two pages back), but we’d also highlight the new iRig Pro as a contender for singers and songwriters, as you can plug pretty much any instrument into it, and therefore your iPad for recording. “It’s designed for all your gear – studio mics, vocal mics, guitars, basses, keyboards, sound modules, MIDI controllers – you name it. At its core, iRig Pro I/O features 24-bit A/D and D/A converters, and a 96kHz sample rate for professional-quality audio on the go.” 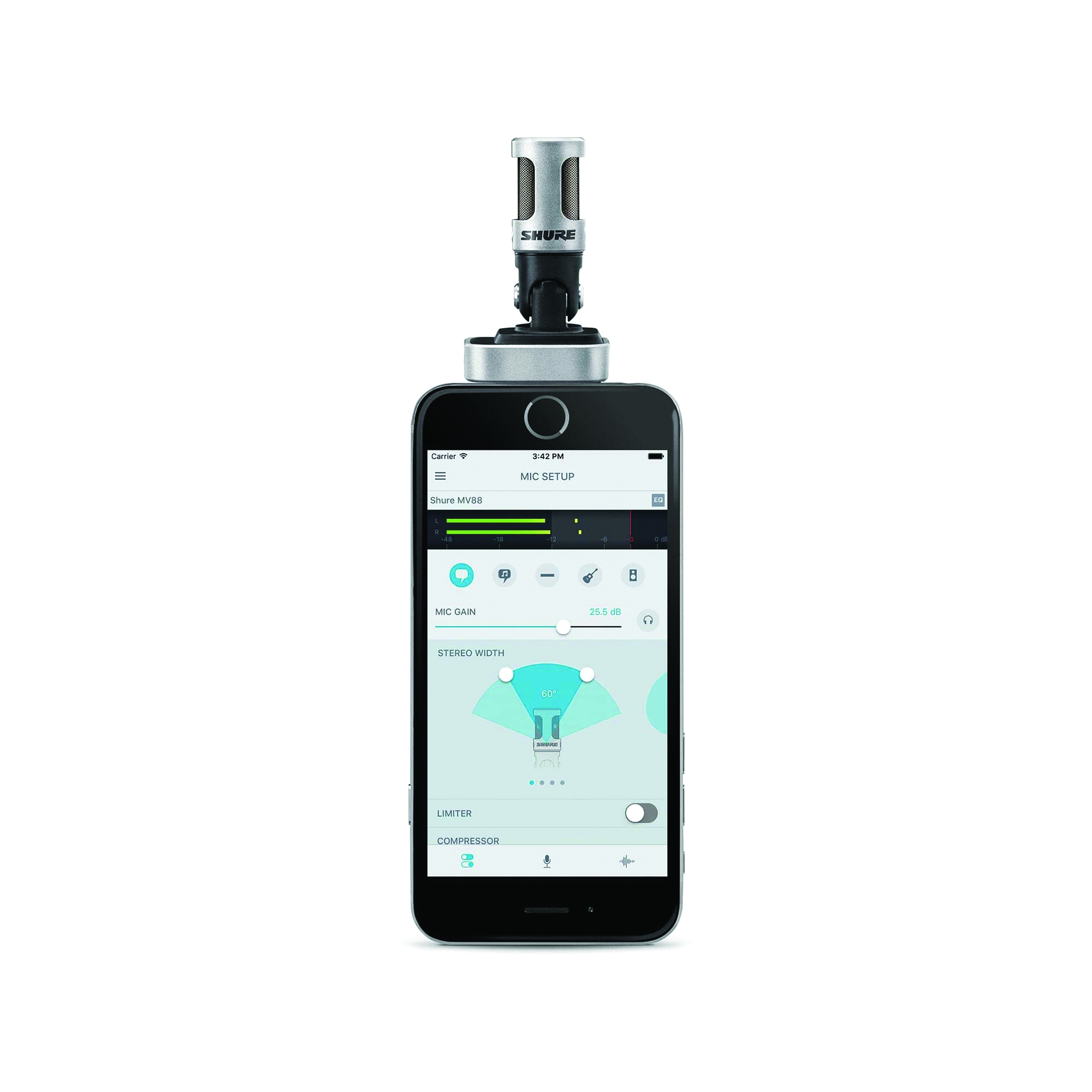 What better for an iOS-based setup than a microphone that connects directly to your phone? The MV88 is a stereo condenser that can be plugged directly into an iPhone, as well as various iPods and iPads. We reviewed it and concluded: “It coped with instruments and vocals with equal aplomb, and the compression effect can get pretty radical. All in all, this is a serious recording device with the added benefit of optional sound processing. The sound and build quality of the MOTIV range of microphones impresses, and you get some vintage Shure vibe, too.” 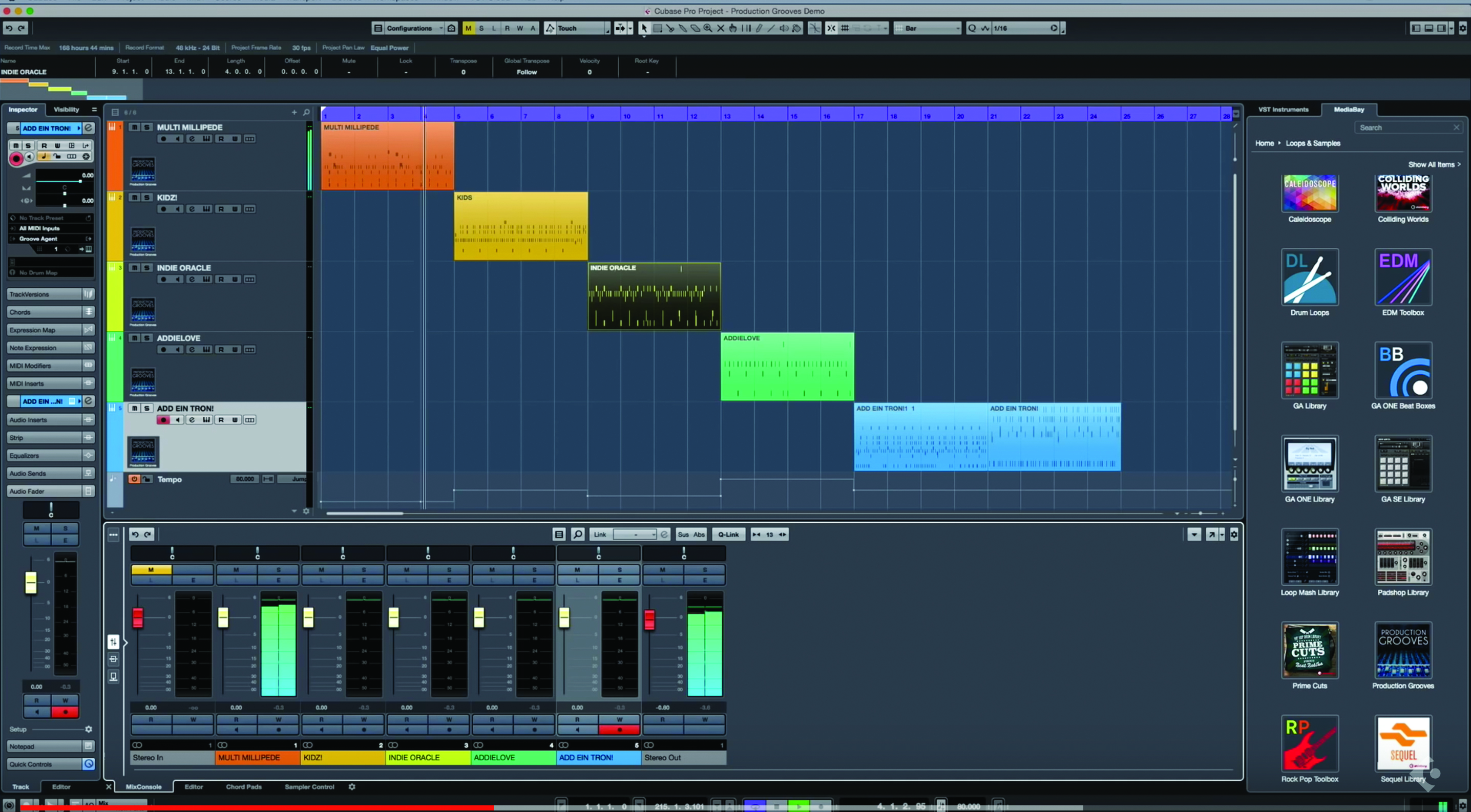 We think that of all the DAWs out there, Cubase still offers the singer-songwriter the most in terms of flexibility, effects and usability. There’s an excellent iOS version but here, we’re talking about the full desktop/laptop version for Mac or PC. Steinberg has been producing Cubase since the 80s and it’s been through more incarnations than Doctor Who. But while it had its forgettable Peter Davison/Colin Baker period, Cubase Pro 9 is up there with Eccleston, Baker, Tennant and Smith. We’ll stop the Who thing now… “Steinberg has managed to improve both usability and performance, markedly in the case of the latter. A comprehensive and beautifully executed update to one of the best DAWs. Worthy of the Pro name, Steinberg brings powerful new features and refinements to this excellent package.” 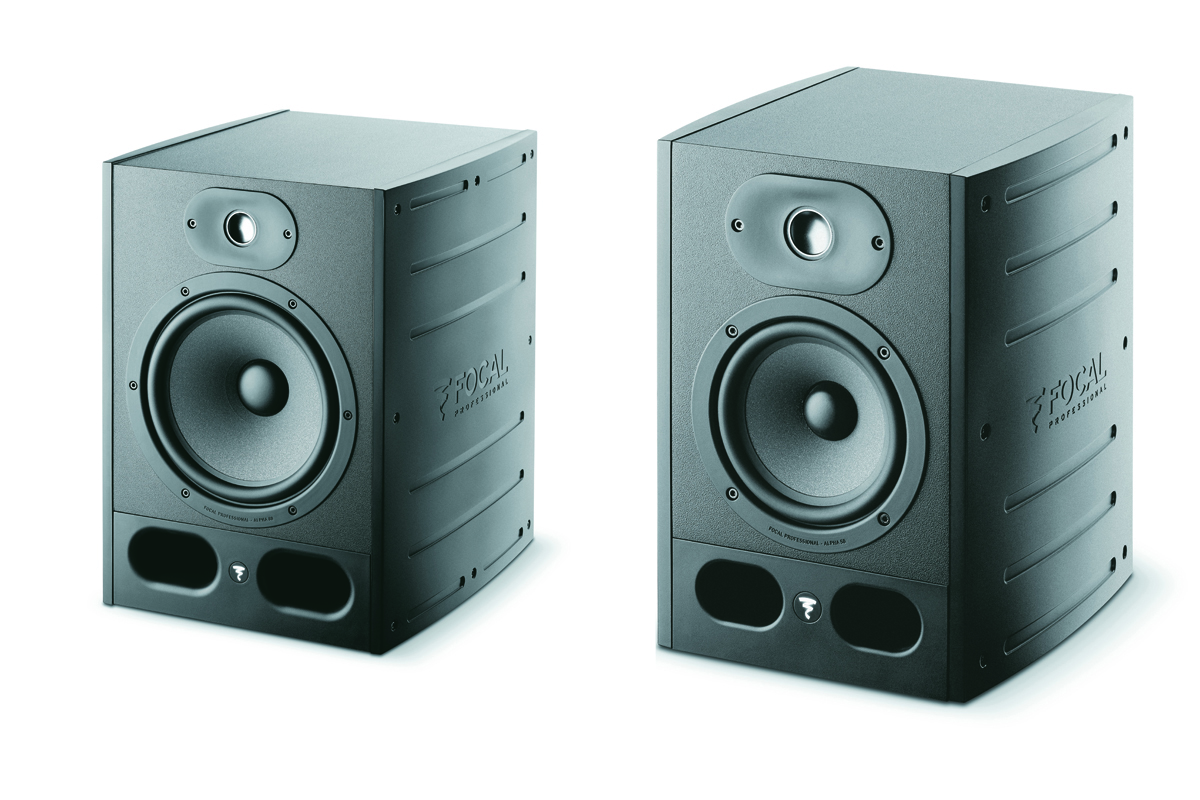 Focal has a great name in monitoring but hasn’t always been the cheapest of brands. The Alpha range is the company’s budget set of speakers, but don’t think these are low in quality…

We said: “Focal has one of the best names in studio monitors, but has resisted the cheap monitor route until now. With the Alpha range, it has used its considerable expertise to produce a low-budget set of monitors that deliver the goods across a range of low price points. Critical listening is where the Alpha really wins out. The clarity, accuracy and sheer audio quality this monitor provides is rare indeed at this price point.” 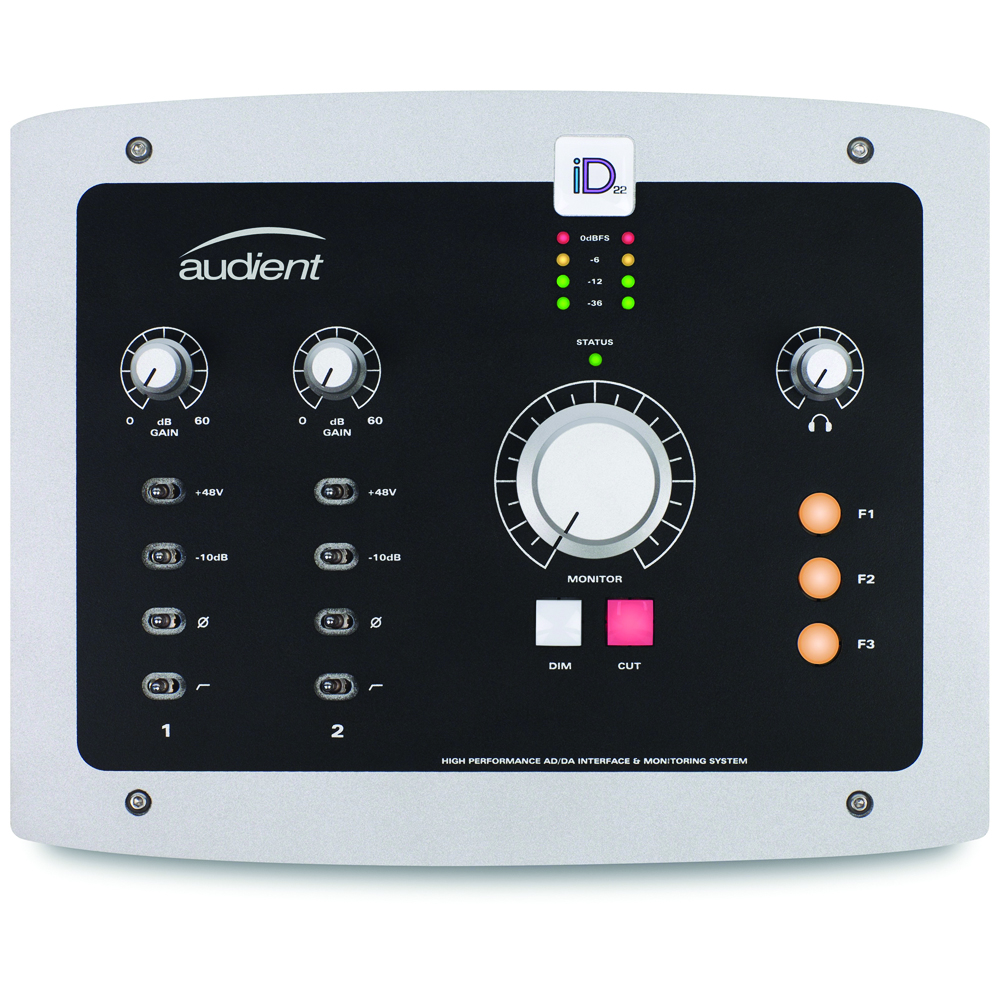 The iD22 is a great multi-purpose interface for the singer-songwriter and one that excels in simply getting great signals in and out – what an interface should do well. We said: “Overall, we’d say that the iD22 has classy converters that impart no obvious colouration or sonic signature – which is exactly how digital converters should be. The mic pres were even more impressive. Compared to more expensive interfaces, the iD22 produced less hiss and, once again, the high frequencies sounded detailed but more refined. The bass was also marginally more solid and overall, the iD22 just had the edge.”

We’ve blown most of the budget on the DAW, interface and speakers here, but there are plenty of options for microphones, too. If you want to splash out, go for a Sennheiser MK 8, a mic equally suited to vocals, acoustic guitars, guitar amplifiers, grand piano, strings, wind instruments, drums and percussion – ideal for a singer-songwriter, then.

At the low-price end, you might consider a RØDE NT1. “Sound-wise, the mic punches well above its weight, as you’d expect with ‘RØDE’ written on it. With vocals, there’s a pleasing presence at the bottom end. It has a great tone, offering an air of authority and a ‘BBC’ feel.

“A great package with a superb, quality feel. It will give your recordings a pro sound for a non-pro price.”

The mobile musician has plenty of choices these days and we’ve covered a lot of them in these pages, particularly with the low-budget iOS production options and in the Band Recording section. Again, we thoroughly recommend the Genelec 8010A monitors for a mobile setup – you wouldn’t use them on a bus as they need power, but they’re great if you’re moving from hotel room to hotel room, as if you’re on the run or something. For true mobile bus production (the vehicle that is, not the mix bus), check out all the iPad options we’ve discussed – and also complete music-making hardware options from Teenage Engineering (PO series) and Korg (Volca) plus the headphone choices we also discuss on these pages. Finally, one great gadget for the mobile user that we’ve reviewed recently is the Teenage Engineering OP-1. It’s not cheap at £799 and has a learning curve, but boy does it sound great. We concluded: “A wonderful piece of music technology that might demand a lot of cash, but delivers spades of goodness in return.”

PMC makes some of the best speakers known to man and woman and has them in many of the best studios in the world – we’ve listened to their £50k ones at Metropolis Studios and the experience was astonishing. For slightly less cash, we’ve monitored with these twotwo.6s a lot and thoroughly recommend them for acoustic musicians – the detail is extraordinary.

We said: “If you prefer listening to your speakers rather than listening to the music, these may not be for you. But if you want a clear and neutral window into what’s going on with your mix, the twotwo.6s deliver everything you could ask for.”

It’s described as a ‘full-blown studio in a 1U rack’ which isn’t too far off the mark, considering what you get for quite an outlay. With 30 input and output channels, plus loads of effects and TotalMix software to run it all, it’s probably overkill for a single singer-songwriter, but great for one wanting to bring in other musicians to the recording process. As we said: “It’s a thumbs-up on the sonic side, and the RME Fireface 802 certainly qualifies as an upgrade from entry-level and semi-pro interfaces. It’s a hassle-free 1U audio interface that offers an impressive number of analogue and digital channels, Firewire and USB connectivity, and sophisticated monitoring software for Mac and PC.” 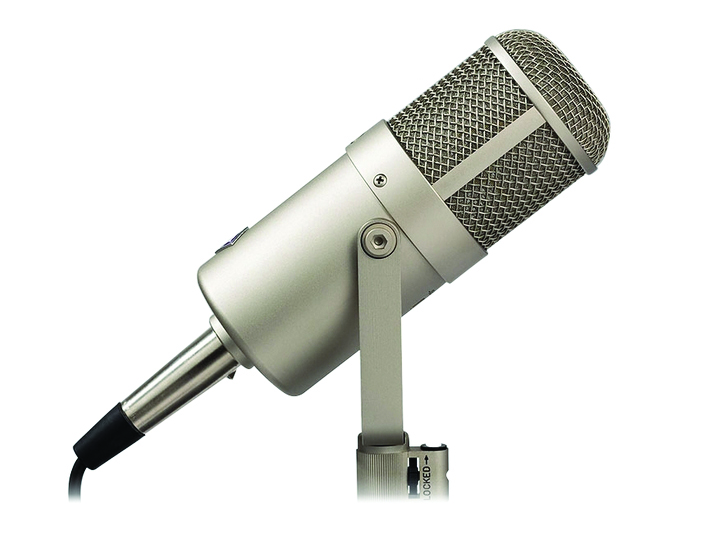 You want a great mic and money is coming through your door thick and fast? Well, go for this one, then. Neumann was reluctant to reissue this classic, despite lots requests for them to do so, but the company finally relented and the old and new specs are identical. We said: “Neumann has done a proper job and the results are superb. It looks and sounds like the real deal – because it is. Rather than thinking of this as a reissue, consider it more of a resumption of production.”

Singer-songwriters need a great piano, right? Well, one of the finest and most recently reviewed is this, the Nord Piano 3, so great that it is still in the MusicTech test studio (and isn’t going anywhere fast). “Like no other Nord, Piano 3 is a player’s keyboard. The finesse and sensitivity Nord has implemented will be best enjoyed by those who can play. The ultimate piano, bar the real thing.

It plays beautifully and sounds incredible, simple as that. Possibly the best piano you can buy that isn’t made of wood.”