The feature where we round up the best products that we have recently reviewed in MusicTech. This time it’s the turn of the humble but essential microphone preamp… Best Compact: Golden Age Music PRE-73 Jr Price £189 Contact Golden Age Music One thing you’ll learn pretty early on when it comes to mic pres is […]

The feature where we round up the best products that we have recently reviewed in MusicTech. This time it’s the turn of the humble but essential microphone preamp… 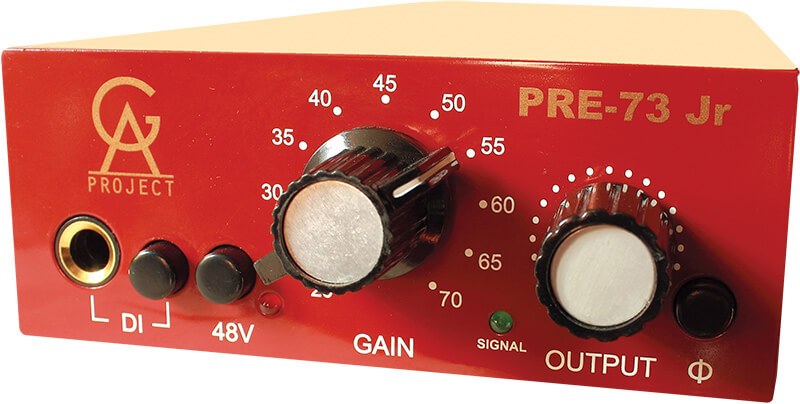 One thing you’ll learn pretty early on when it comes to mic pres is that many companies are going for that ‘73’ sound, even though Neve are still doing it with some aplomb.
The big brother of this diminutive preamp, the PRE-73, has won many friends in the audio industry thanks to its Neve-like sound quality at a price far lower than that of a genuine Neve product, and it does it while doing away with features that some users might not need…

We said: “Like the larger units, this junior model delivers up to 70dB of 1073-style microphone preamplification, while doing away with features that some users might not need, making the PRE-73 Jr a great, affordable way into the classic 1073 sound, big and punchy – some might say larger than life – but with a musical heart. Other preamps may offer more in the way of features, but that’s missing the point. If all you require is good, simple microphone preamplification with a vintage solid-state sound, the PRE-73 Jr is well worth auditioning. Home studio users could benefit from its’ vintage nature”

Chandler is the company that has the license to re-imagine the classic gear of Abbey Road Studios. With this, the company is recreating the sound of the solid-state TG series of equipment that first appeared in the late 1960s, including the TG12345 mixing console used on The Beatles’ Abbey Road album.

We said: “The TG Microphone Cassette is a fully-featured, powerful channel strip with a big, bright, classic analogue sound. The lovely Curve Bender EQ section offers broad, musical tone sculpting as opposed to surgical precision, while the quirky compressor/limiter can be a bit of a beast until tamed. Characterful rather than transparent, the TG delivers an authentic vintage solid-state sound for modern times.”

Some mic pre manufacturers concentrate on delivering an authentic sound without the retro-chic and Chicago-based company Black Lion Audio sits firmly in this camp. The B12A MkII (which offers an upgraded input transformer, more gain and a lower noise-floor than the Mk1) is based upon the legendary API 312 mic-pre originally found in the sought-after API consoles of the early 1970s. You don’t get a lot of controls, dials and knobs for your money, but this unit is all about the sound – and in that it roundly delivers…

We said: “With bags of character, the B12A won’t win any prizes for neutrality or transparency, but it does produce a hefty, fat tone that is well suited to the recording of all forms of rock, pop and electronica. It provides a big, warm analogue sound with a rock ‘n’ roll heart.”

If you can’t afford an original Neve (or, indeed, a modern one) then there are plenty of options to get something that’s there or thereabouts. Black Lion’s B173 is not intended to be an exact clone of a 1073, so there’s no take on Neve’s novel Mic/Line gain-control configuration. Like the other Black Lion mic pre in this round up, the company doesn’t go in for funky retro-chic, preferring to stand by its motto of ‘Sound is King’. And, like authentic 1073s and other vintage solid-state designs, the B173 certainly has bags of character; it’s not an ultra-clean, transparent design but a very colourful preamp.

We said: “The B173 offers vintage solid-state sound in a modern, compact package. It doesn’t quite have an authentic Neve sound but it does have a great, edgy nature that can add presence to dull signals with an especially warm low end and punchy mid frequencies.”

The 512 preamp is an American classic. If a Neve 1073 is a Rolls-Royce Silver Shadow – classically British, smooth and luxurious, then the 512 is a 1970s Dodge Challenger – typically American, bold, muscular and punchy. With this, API has attempted to retain that classic status while adding new features.

We said: “An eight-channel rack of these in a lunchbox will give you everything you need to capture incredible-sounding acoustic drums. The 512v is a preamp full of fight, and while it is an obviously rock sound, that doesn’t mean these couldn’t be made to feel just as at home in electronic music, hip-hop, or even folk styles. The 512v takes everything that is great about the 512 and makes it even better. A must have for any serious tracking studio.”

As we’ve already seen, the Neve 1073 sound is something that many engineers love with a passion, so there are plenty of companies out there offering their own unique takes on it. But when it comes to doing it properly, you have to go back to the famous original – or at least a modern take on it and this is the company’s latest reproduction of its own classic design.

We said: “Neve’s latest incarnation of the classic 1073 offers the unmistakably big, warm and open sound that has graced thousands of recordings for almost five decades. With its legendary sonic character, coupled with sweet and musical equalisation, the new SPX is the ultimate expression of classic solid-state analogue sound. For many, only the best will do.”