It’s not a classic, but Andy Jones wouldn’t be here now if it wasn’t for the Roland D-20, and besides, it might well be the first synth workstation ever… Younger readers, look away now – you will not like what I’m about to tell you. Back in our day, at college, we used to get […] 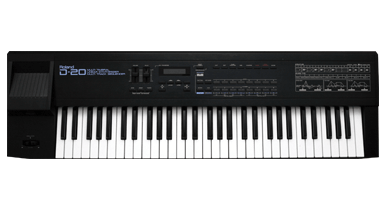 It’s not a classic, but Andy Jones wouldn’t be here now if it wasn’t for the Roland D-20, and besides, it might well be the first synth workstation ever…

Younger readers, look away now – you will not like what I’m about to tell you. Back in our day, at college, we used to get what was called ‘a student grant’. It was a couple of grand a year, paid to us for no good reason other than to study – can you believe that?

Back then, that kind of money meant I was actually pretty well off: so much so, that I thought I could afford to blow half of a year’s grant on a synth. I was wrong – I couldn’t afford it at all, but I still went ahead and bought one anyway. But it wasn’t just any old synth, it was a ‘synth workstation’, and arguably (and in my head) the first synth workstation ever made: the Roland D-20.

I still don’t actually know if that statement is true, to be honest. The workstation concept basically means that you have everything you need in one keyboard to make complete tunes. Back in 1988, that meant eight parts of multitimbrality (that’s eight sounds at once), a sequencer, effects and a full-on synth to supply the sounds. A friend at college insisted that his Korg M1 had crossed the line first in the synth-workstation race, but I would constantly argue the case for the Roland… how those winter evenings at York University flew by.

Either way, it matters not. That D-20, paid for with my student grant, was my introduction to the world of music production, and what sweet music! Those eight tracks (plus beats) gave me complete tunes and many albums (well, C90 cassettes) worth of (in hindsight, pretty bad) electronic tunes.

The D-20 was, in fairness, a pretty decent synth, although the Korg M1 was the big seller. At its heart, the Roland featured a kind of digital wavetable synthesis that could blend more traditional waveforms with PCM sounds and samples within a synth engine called L/A (which stands for ‘Linear Arithmetic’ rather than the much cooler ‘Los Angeles’, sadly). 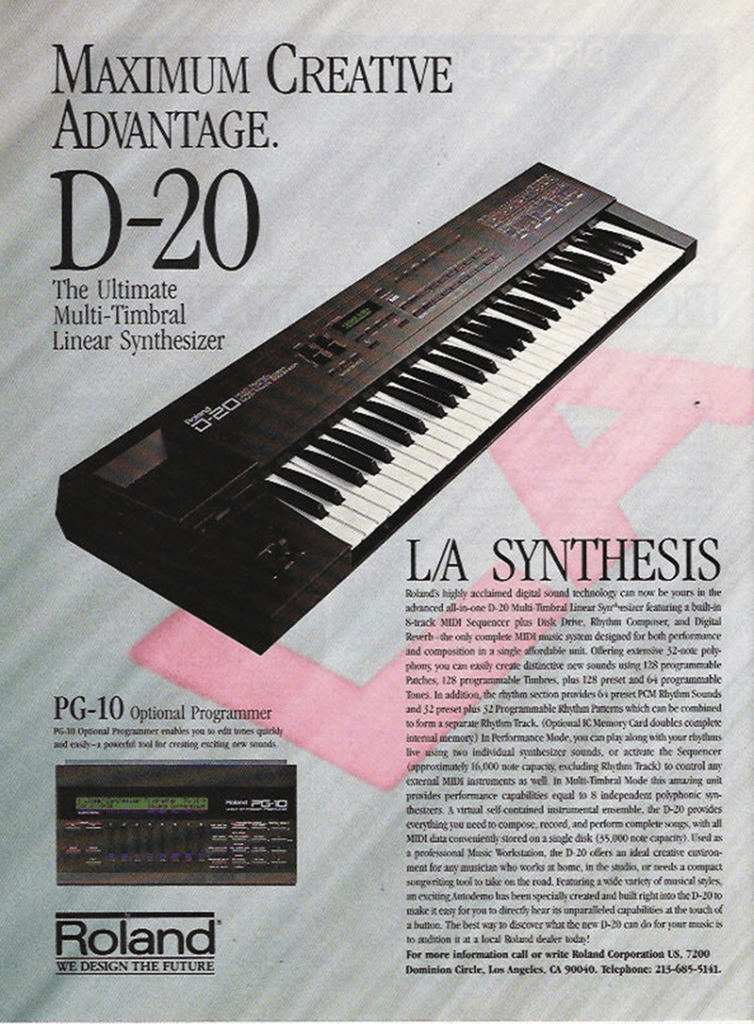 The synth had a tiny set of specs compared to today’s workstations. On top of the 32 notes of polyphony and eight parts, you had 128 presets, a 16,000 note sequencer plus a 3.5-inch floppy drive to back up to. It sounded similar to the D-50, the massive Roland seller of a slightly earlier era, but was very much of its 80s time, unless you knew how to wrestle its innards.

Allegedly, Brian Eno was the only person who really got to know a Yamaha DX7 inside and out. Well, I became his D-20 equivalent. As I’d quickly regretted spending what was a colossal wad of money on a synth (rather than using said cash on the more pressing matters of food and rent), there was only one thing to do to justify that expense: get to know that D-20 like it was one of my offspring.

(Well, I had no cash to go out and socialise, so what else did I have to do?). So I explored that L/A sound and wrestled with mixing all of its partials together to get some incredible results (well, I thought so, anyway).

Not only that, but the sequencer would record pitch bend info across the beats, effectively letting you pitch up and down any of the 63 percussion sounds to get some very extreme results. I was Eno. Or Jean-Michel Jarre at the very least. It was me and the D-20 taking on the bloody world…

The D-20 didn’t quite get me the 10-album prog-synth record deal I thought it would, but it did leave me with advice I’ll still spout to this day if you ask me: always get to know your gear, you’ll be surprised just how much you more you can wring from something when you know it inside out.

It’s still good advice, but I do admit that, at the first sign of computer-music production when the Atari ST came along, my D-20 was very quickly dumped while in pursuit of more acidic and analogue squelches.

While researching this piece, I saw that you can pick up a D-20 for a mere 150 quid, a fraction of what I paid in 1988, so it would be easy to conclude: what the bloody hell was I thinking, spending half my living money on a synth? But the fact that I’m still getting paid to write about synths all these years later kind of justifies it. Actually, no it doesn’t, not at these rates. What the bloody hell was I thinking?