The Return of Retro Gear

Just why is the studio world going so retro? And should you care? Andy Jones dons his hardware hat and goes in… As we saw last month, the biggest news in the synth world right now is the retro recreation of machines such as the ARP Odyssey and Moog Modular. But elsewhere in the recording […] 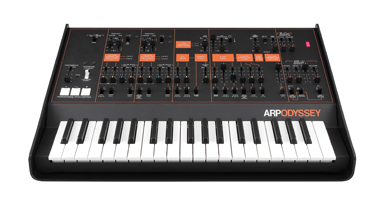 Just why is the studio world going so retro? And should you care? Andy Jones dons his hardware hat and goes in… 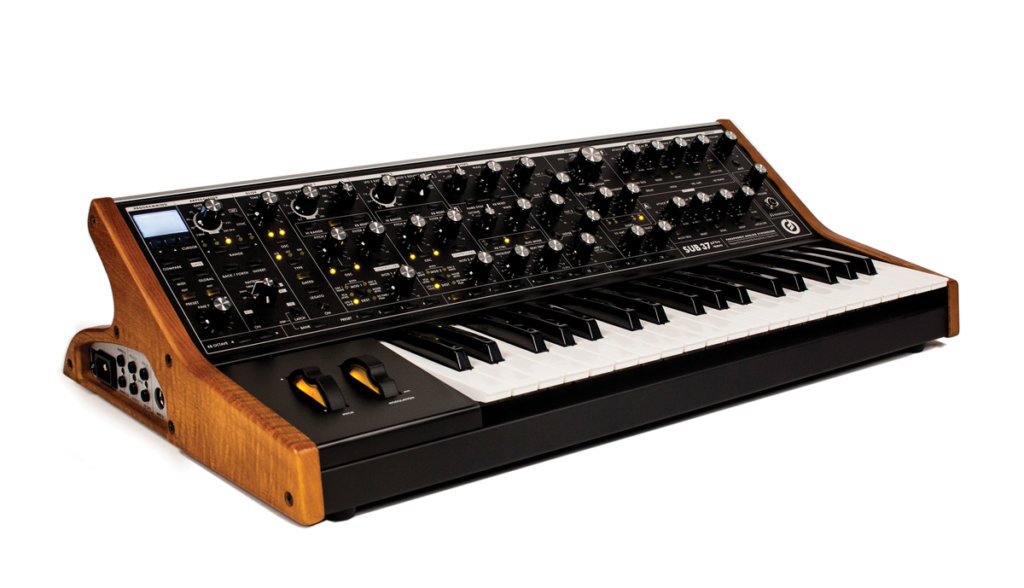 As we saw last month, the biggest news in the synth world right now is the retro recreation of machines such as the ARP Odyssey and Moog Modular. But elsewhere in the recording world other hardware – and mostly analogue hardware – is making a huge comeback. In our recent trip to Abbey Road we saw how Chandler Audio are recreating classic pieces of studio gear and, in many other aspects of music making, hardware has again become the first choice buy for producers.

But it’s 2015, right? Isn’t this the year we all make music on our iPads? Aren’t we supposed to be using touchscreen Macs and PCs to compose? That was the plan, but it’s not quite turned out like it was supposed to. Whereas some predicted that we’d have thought-to-MIDI note convertors by now, or be putting pieces of music together by pointing at virtual devices and controllers Minority Report-style, what we are actually doing is, well, doing it like we always have… With keyboards, with hardware and a steadily increasing amount of analogue gear. 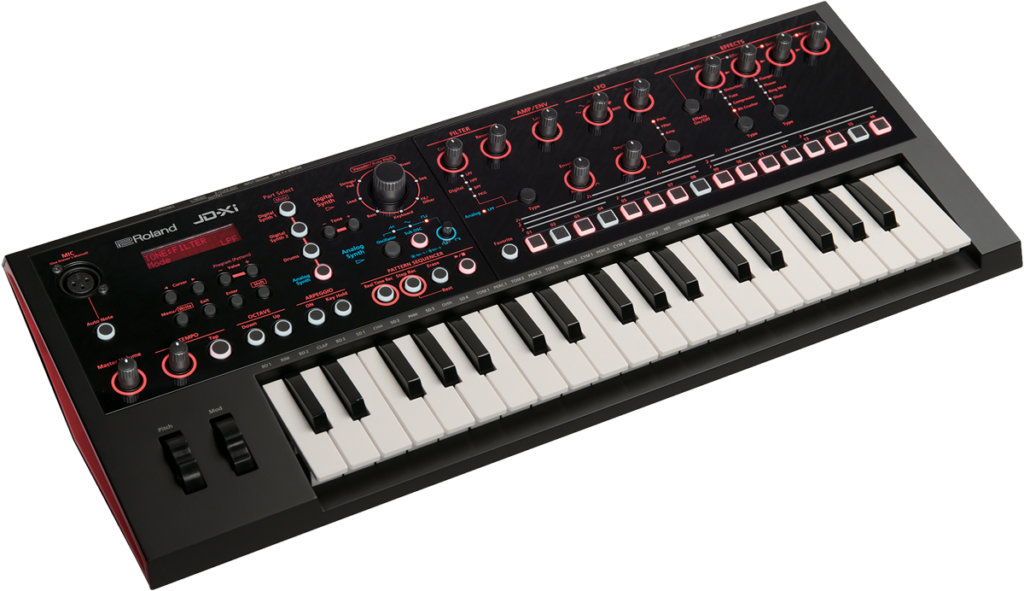 There are now more bespoke hardware outboard companies than ever before, as there are hardware modular synth companies. We’ve had a new ARP Odyssey, the rebirth of the Novation BassStation. Native Instruments are doing more hardware than ever before, as are Arturia. It’s all gone a bit wrong in terms of the computer music revolution – more steam punk rather than cyber punk. So what happened?

The Answer is Manyfold…

The most obvious point is piracy. In a rush to get everything to go digital, to recreate every classic instrument in software and every other recording effect, device and controller as a bunch of pixels within your DAW, people seemed to forget that anything you create digitally can be copied.

Which is obviously what happened (and not just within our industry), so many companies have shied away from software-only solutions and have, at the very least, started tying their software to hardware dongles. We’ve even had one software developer contact us saying that they’re going to give their software-only app one more go, and if it’s pirated then they’ll turn away from software forever. The end of the computer-only studio solution could be just around the corner – piracy has put paid to that rather elegant dream (which turned out to be a clunky nightmare anyway). So far, so obvious. 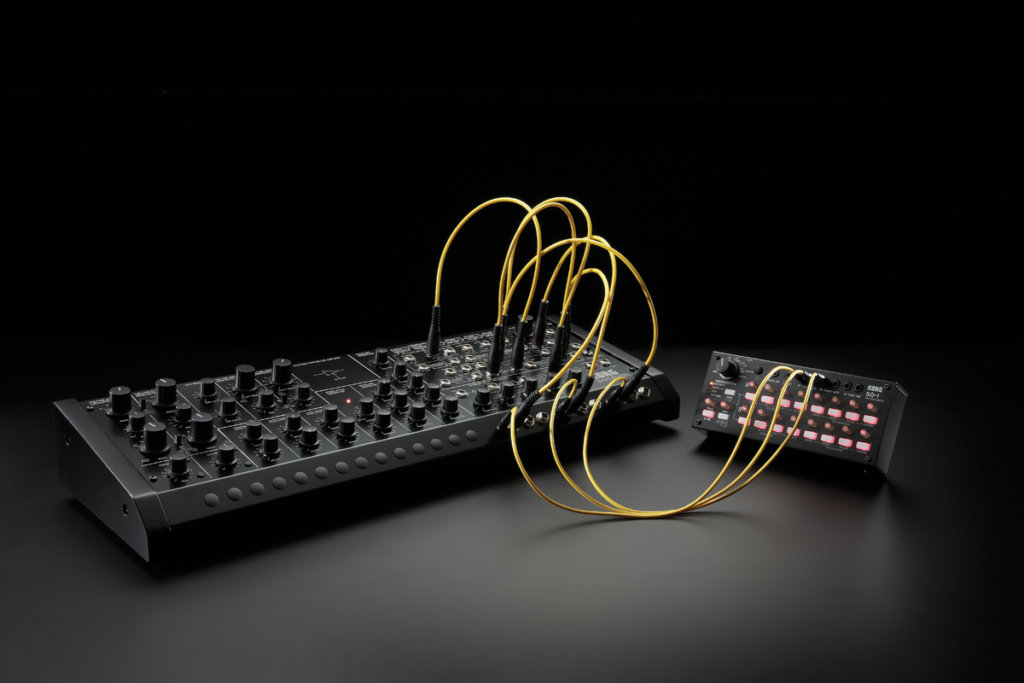 But then ‘fashion’ also happened. That difficult to predict zeitgeist thing where a certain tipping point of people are seen to do something cool. Hardware started to look really cool, really colourful – and that certainly led to more people using it. Those colourful Launchpads, well-lit Komplete Kontrols, and the like… Well you can see a bearded hipster in Shoreditch using all of them, can’t you? Certainly, music making now looks far better than someone skulking over a laptop squinting over a mouse and pointer ‘creating’…

And the looks thing is important. Taking the point further, do you really want to spend a load of money on software to look like you’re sending an email? (Or, if you’re Kraftwerk, spending a load of money on hardware, software, a huge stage show and – allegedly of course – look like you are surfing the internet.) So certainly the colourful designs of today’s hardware – compared to the last great surge in music hardware gear use back in the black and grey days of the late 80s and early 90s – has led to a massive resurgence of coloured lights within our studio environs.

And, not surprisingly, people who create like to physically create, either by playing or performing, actually pushing, pulling, turning and switching. Not just moving a pointer between the four (five?) walls of a DAW and moving a block from here to there.

So we reach today’s world of retro confusion, where 19-inch outboard compressors cause more of a stir at trade shows than the latest subscription-based DAW. Where an analogue synth with no presets is seen as a more exciting option than a soft solution with 2500 presets. Where at least one of our best London studios now has a dedicated tape-based studio to capture (and recapture) a true analogue recording. 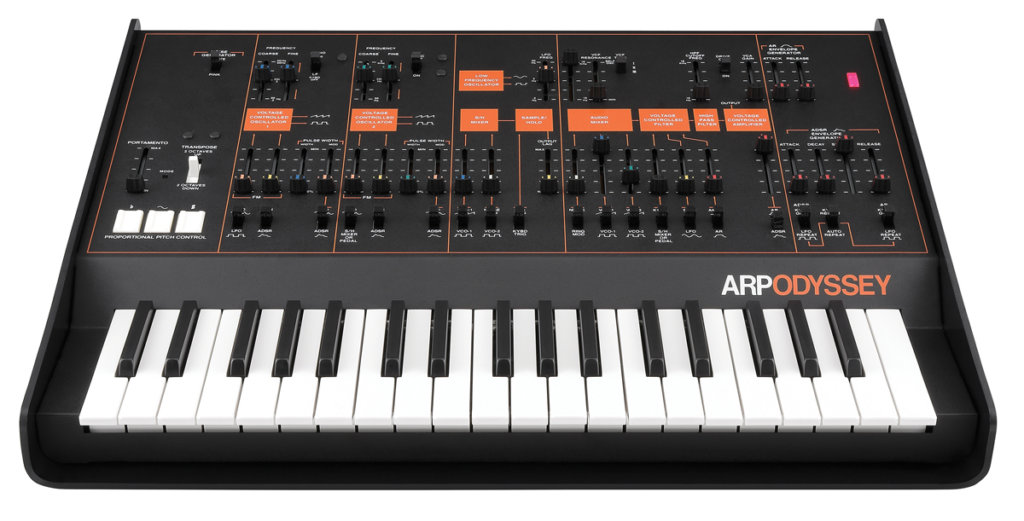 While our most recent issue – a magazine that, let’s face it, glorifies the march of technology on a monthly basis – has a picture of a 1968 mixer on its cover. Where I am pictured with possibly the finest synth I’ve ever had the joy to use and it has wooden cheeks, and is analogue (yes there’s an iPad there too but that’s just for show).

So what does it mean for you? On the face of it you could be being pulled in all sorts of directions for your studio setups according to whatever is considered today’s fashions, but if you’ve got any sense – which you all seem to have – you’ll take all the trends and advice with a pinch of salt and work with whatever works for you. Which MusicTech readers seem to be doing. Our incredibly successful Show Off Your Studio feature demonstrates that producers around the world are using every kind of setup you can imagine, and aren’t following any particular courses of action.

Sure there’s a lot of hardware but there’s also a lot of software, a lot of analogue, a lot of digital, a lot of very old and a lot of very new. No Minority Report holograms to report just yet, mind. But all of it seems to be working for the producers concerned and everyone seems happy enough. So ignore the trends, and ignore me – if you really must. Keep enjoy making music with whatever you use. Nothing to see here. Carry on