We step into Teetopia Studios and check out Terrany Johnson’s insane collection of synths, drumkits and basses. 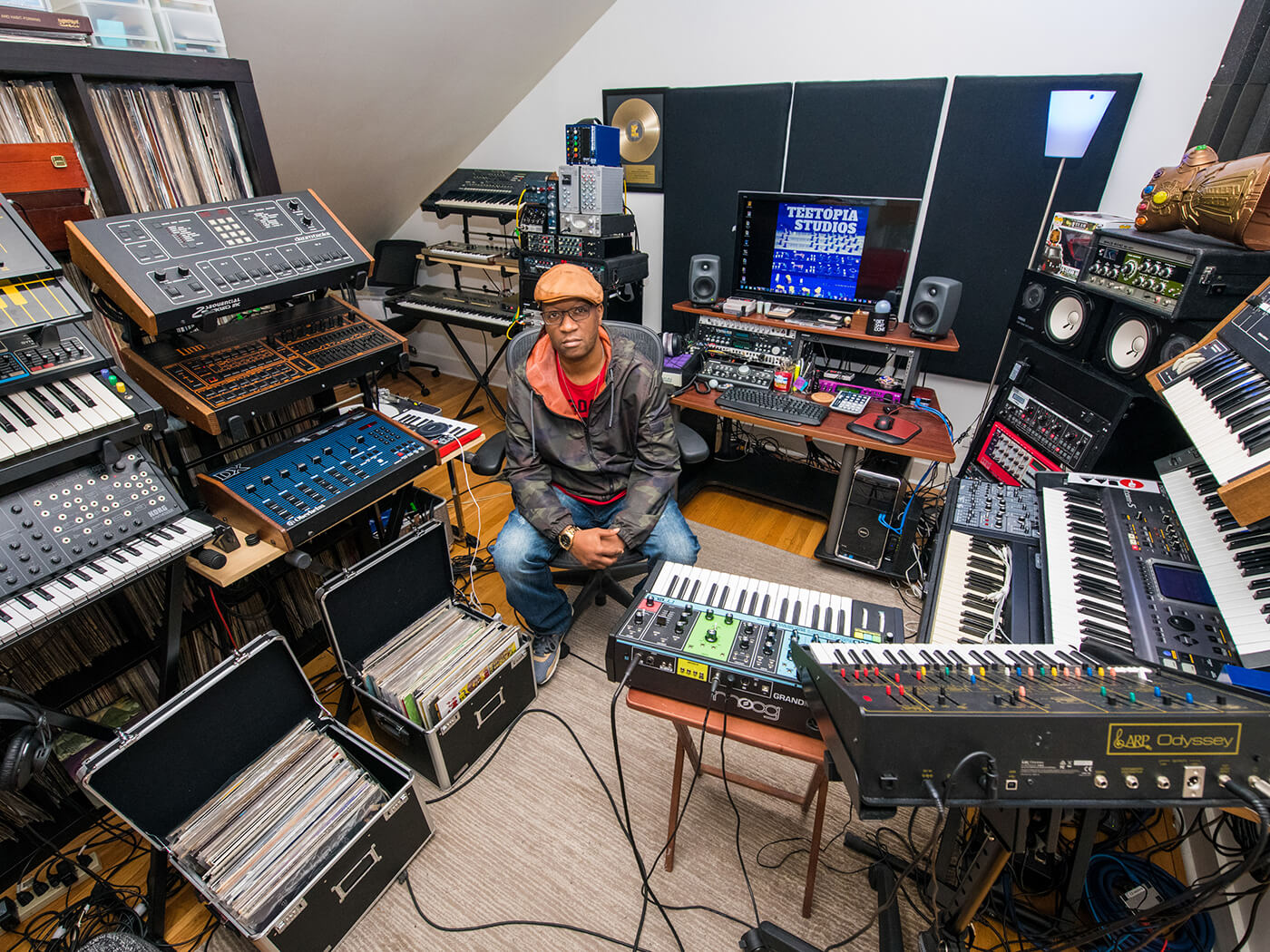 I am located in beautiful Austin, Texas! I have been running my studio for over 15 years in various forms and have invested in more gear as time passes. I realised as an artist myself that having my own creative space was mandatory for me to continue to release new music as well as charge lower fees to local artists to record them as well.

I use Pro Tools, but mostly just use it as a tape recorder, so to speak. I usually get the tones and sounds I want going into the DAW more than relying on plug-ins.

Thanos snaps his fingers and half your synths/drum machines get dusted. You get to choose what you keep. What’s definitely on the list, and why?

That would be dreadful!! It would have to be my MPC2000XL as I started on it making beats and MIDI’ing up all my gear to it. Secondly, would be my Moog Prodigy as it is a beast and was bought from a good musical friend so it stays. 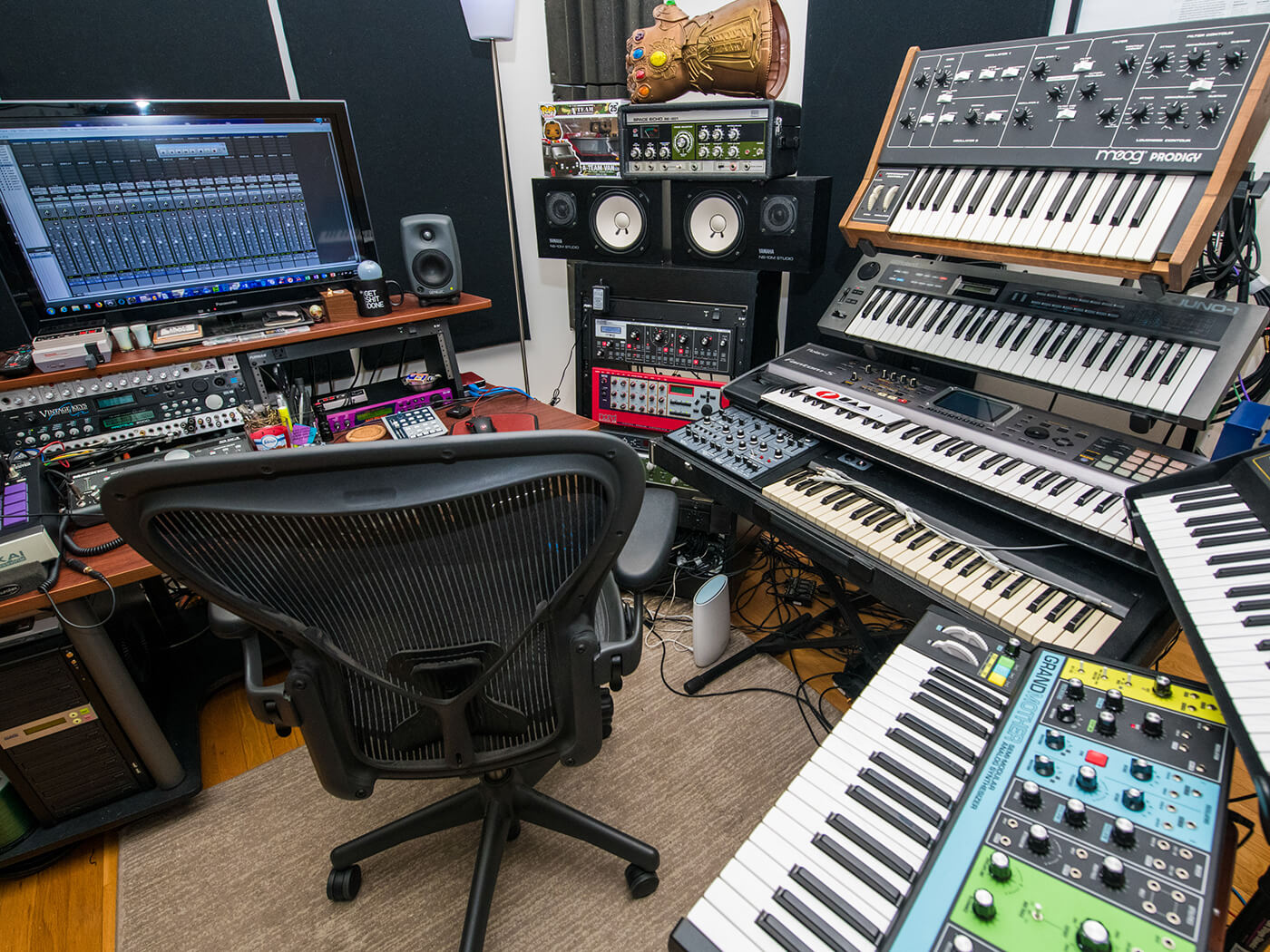 What is your favourite piece of outboard gear and why?

I would have to say my Neumann EQs and compressors from a broadcast console as they are just musical and can dial in great frequencies to adjust and maintain in a mix.

How do you handle signal routing with that many instruments?

I have multiple patch bays that stay connected at all times so I can easily select which synth, drum machine or mic pre to add. It speeds up my workflow as well as I don’t have to crawl to plug something in every few minutes.

As much as 10 hours a day in most cases depending on the project. I am getting more into taking breaks during the day as a guy needs to eat and enjoy this Texas weather we usually have. 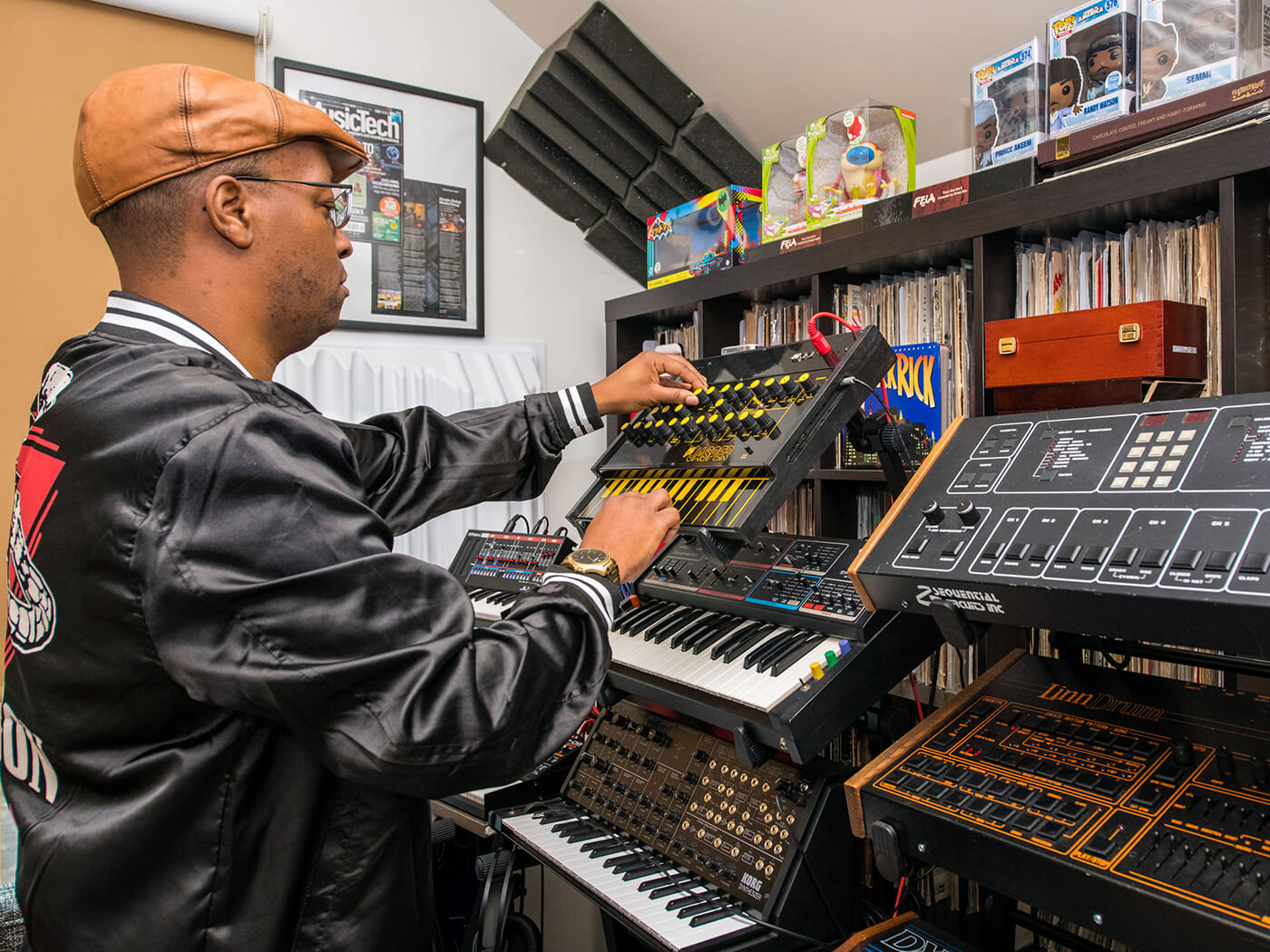 We see a lot of synths but also a drumkit and basses. How do you use your studio?

Oh yes! I work professionally as I do sync music for films, tv and commercials as well as for other local bands. But I enjoy having the drumkits and basses for those who just want to jam and create or if I want to sample them myself to use in a project.

What’s the most ambitious thing you’ve attempted in your studio?

I would say trying to record a band which included a horn section and multiple vocalists as I had to place mics in my stairway, living room and patch multiple mic lines through my house. But we managed to get some good stuff.

Tell us about your monitoring setup.

I have maybe seven pairs of monitors placed around my studio which is in my house so I can listen in various environments. My main monitors are Genelec 8020B as they are small but powerful but also very accurate in what you hear. I have the usual NS10, NS10T, KRKS, JBLs and so on. I use Sony MDR-7507 and Beyerdynamic DT 770 Pros. I use Extreme Isolation headphones for drummers when they come in. 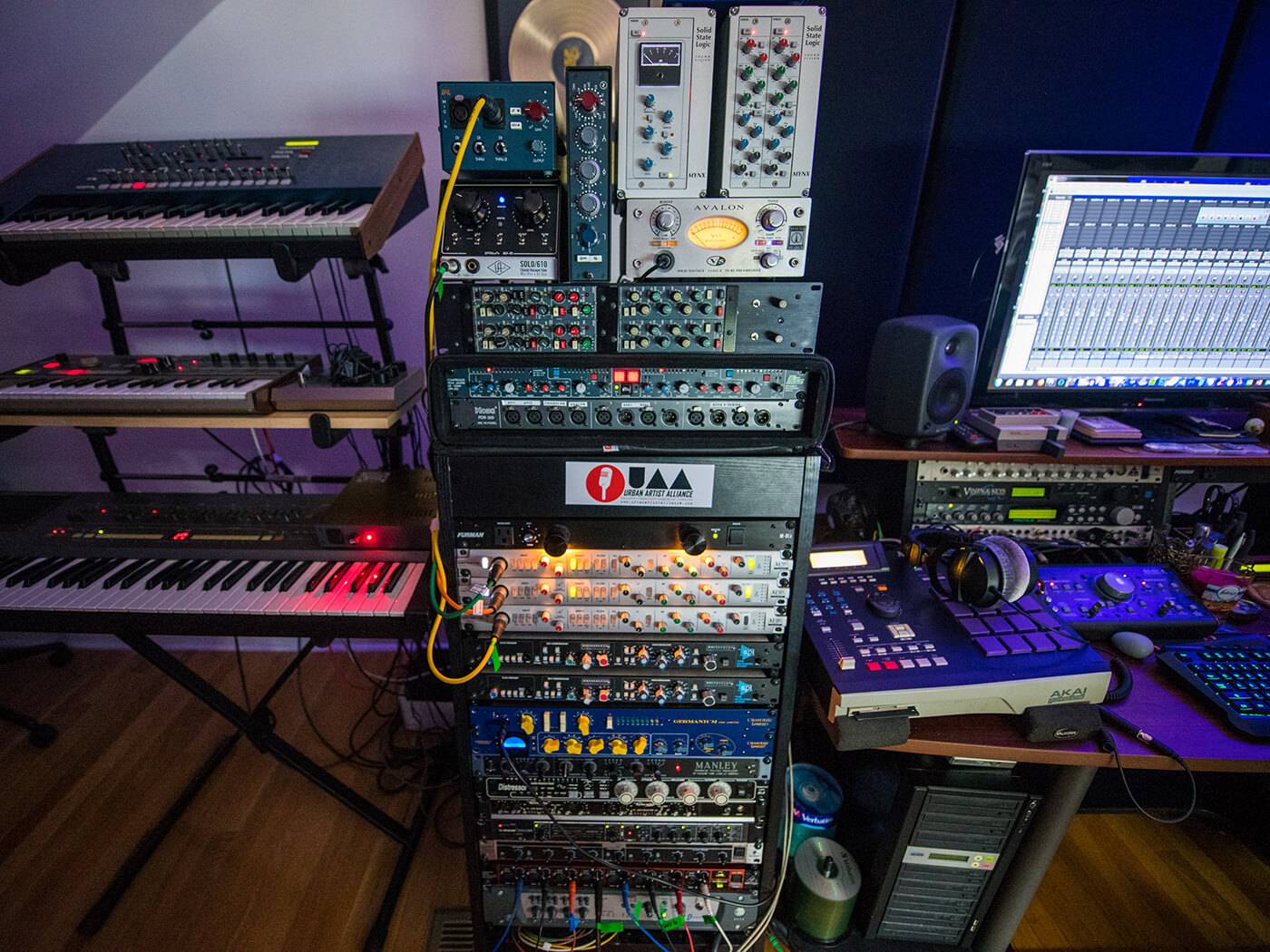 I normally would say a Sony C800g but I have been pretty good with business so I managed to snag one for a great price and it is a great addition to the lot I already have here.

Do you have any frustrations with your current setup and why?

I would say it’s space but that’s also my fault as I love vintage synth and drum machines so I keep adding them in! Currently looking into a shared studio space with some other composers to take some of the gear.

Is there a production you’ve worked on that you’re most proud of?

It would have to be my work on the series Breaking Bad as it was one of my first big placements but it has generated steady income to add to the studio and covered a lot of costs while generating continued business. Of course all my records I’ve released as the artist Tee Double over the years (33 indie records). 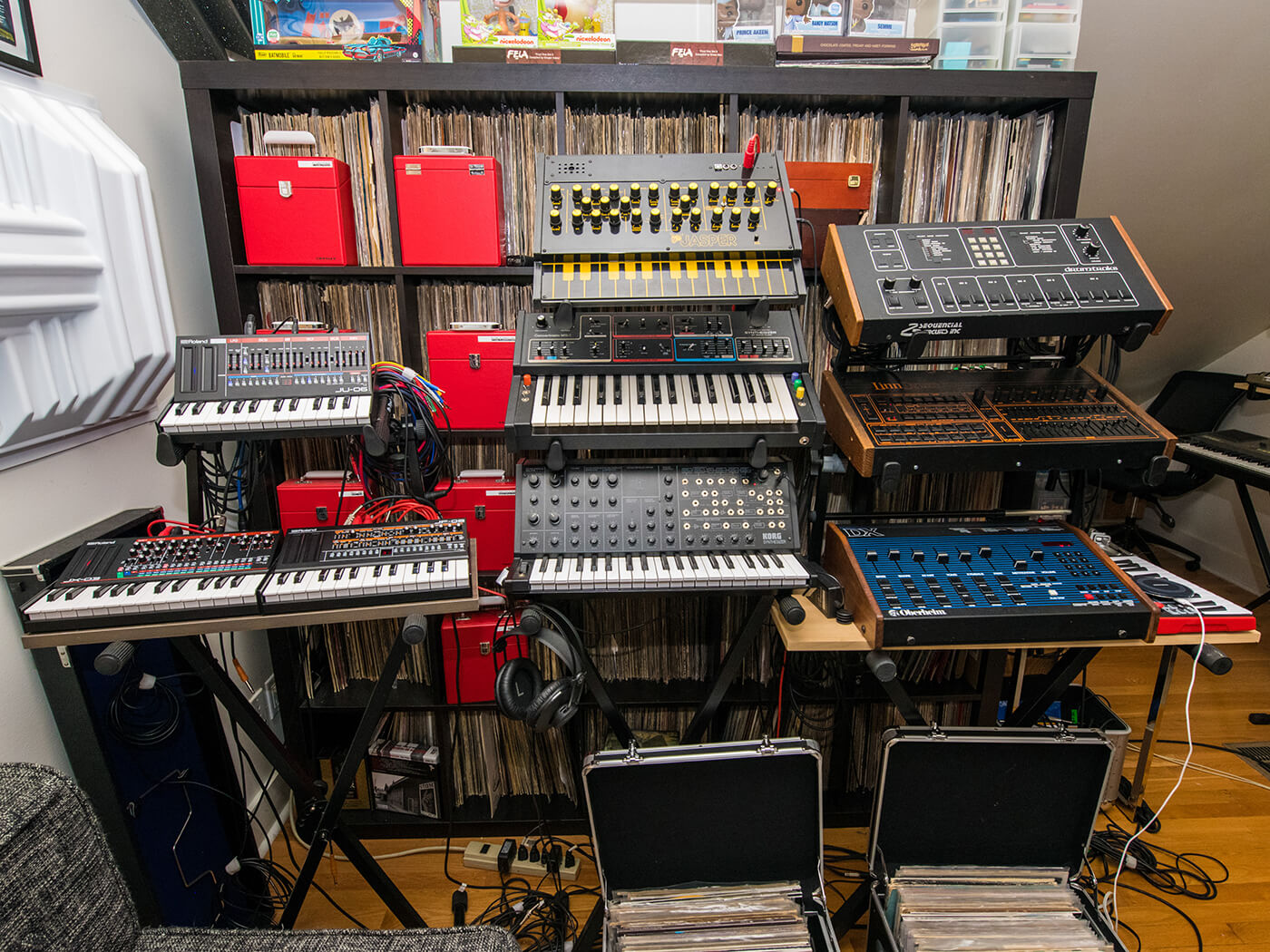 It would have to be a new SP1200 drum machine model (as I am a Hip Hop guy) with the same grit but updated to fit into a modern set up with unlimited sample time!

Never rush the groove or energy. Let the music and those creating take their time and breath life into the track without trying to sound like what is popular at the moment. Create your own moment! 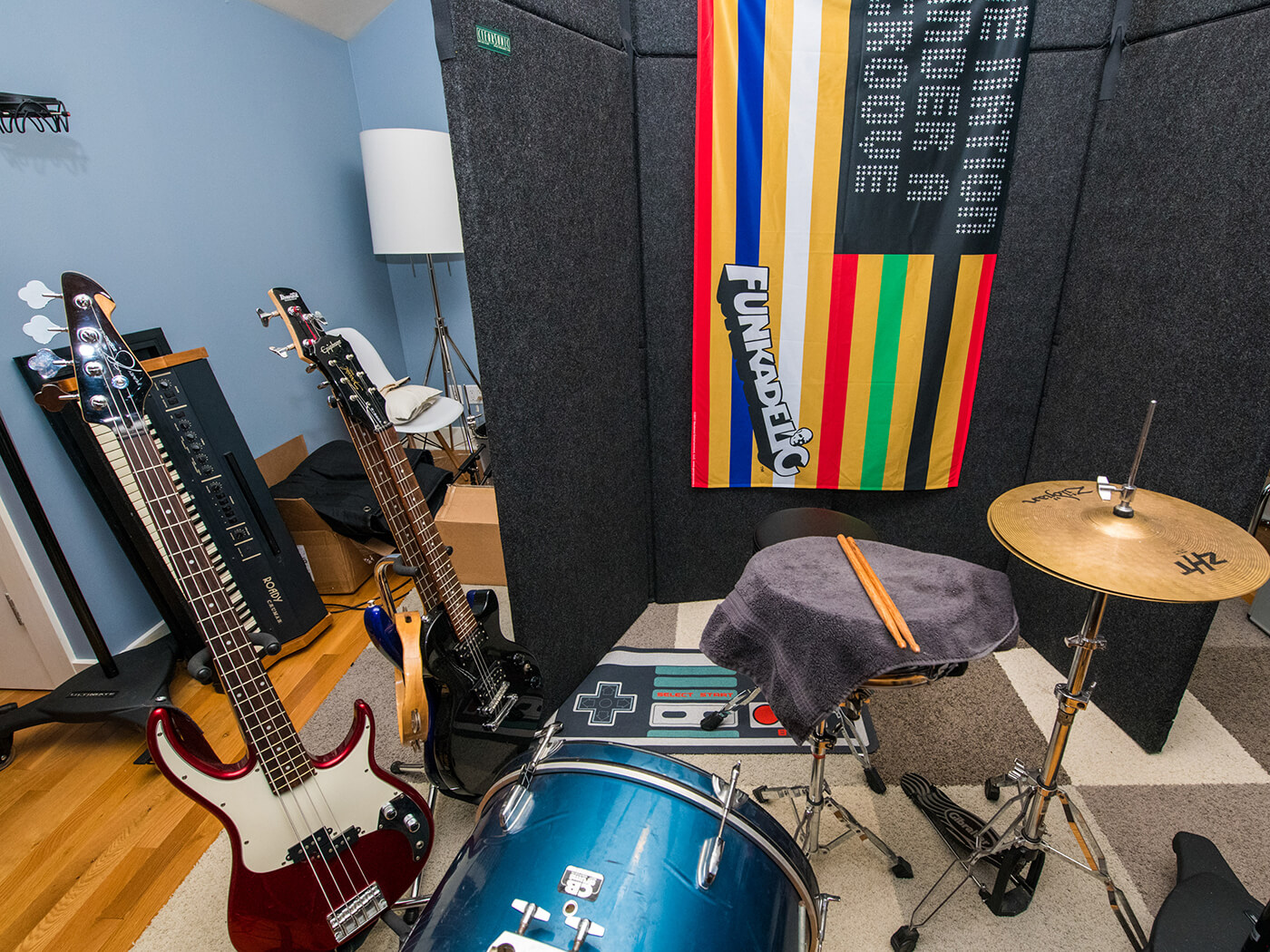 Start small! Don’t just jump in and spend all your money. Make sure what you get is what you need. Everything in my studio gets used on almost every session so nothing just sits or is in here just to be seen. They earn their keep. Take your time and have fun finding your sound.