Show Off Your Studio: The best studios of June 2019

This month, we take a trip to The Bass Station in Johannesburg, South Africa, visit a cosy Romanian studio and a creative house in Budapest. 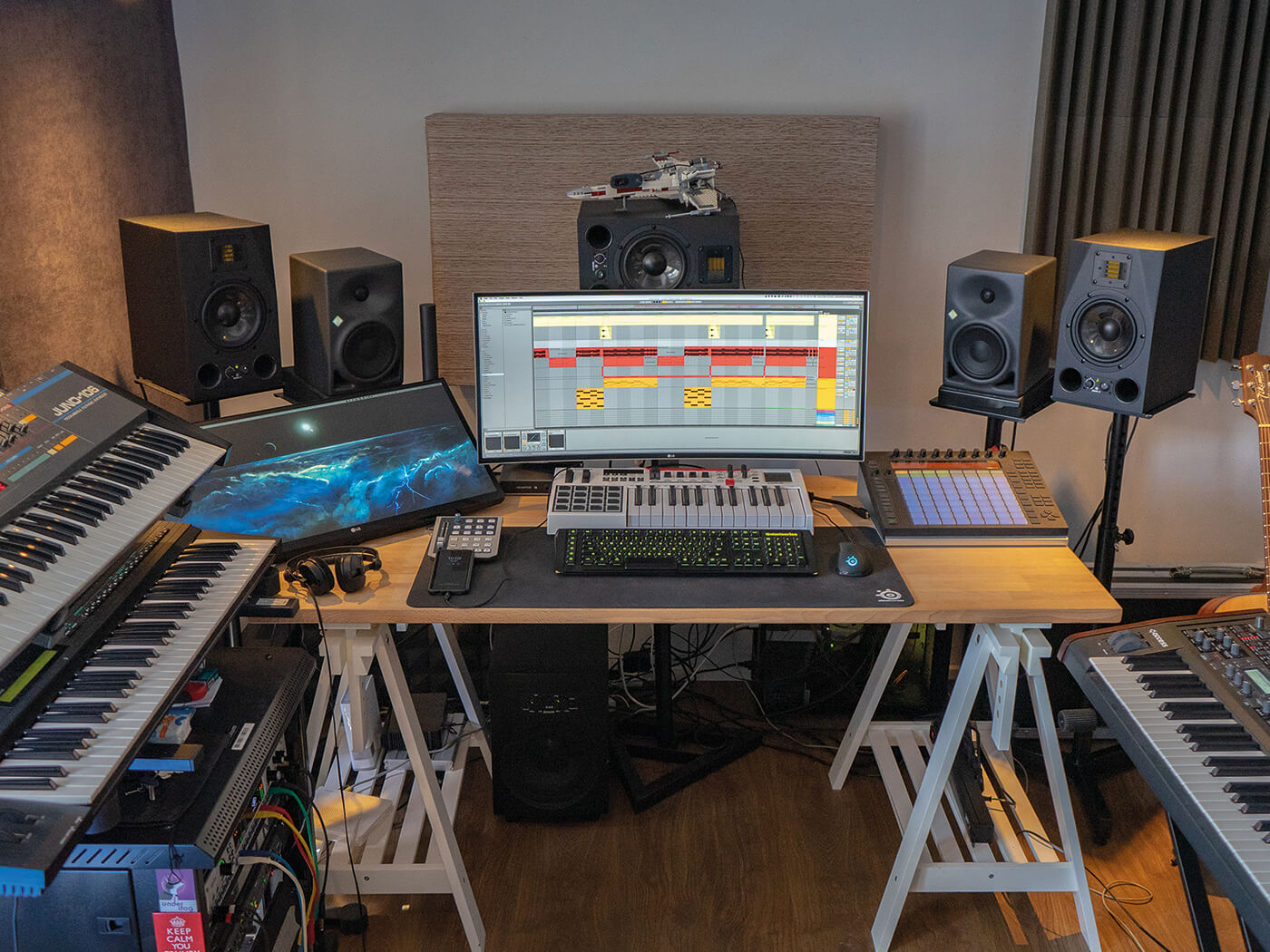 In one small room in an office building in Romania, there exists a cosy musical wonderland…

Tell us about the studio…

My studio is inside an office building located at the cente of Bucharest, Romania. It’s just one room, but there’s enough space to work on sound design for games and animations, music production and voice recordings. Lately, I’ve been using the studio for some mentoring as well. This is my third year here and it’s very convenient as I live nearby. My clients can reach me easily, too.

What’s your favourite DAW to use?

I use Ableton Live 10 and have been doing so for the last decade. I keep an open mind and have tried – and learned almost all DAWs (including Pro Tools, Logic, Studio One, Fruity Loops and Reaper), but I kept coming back to Live. Its unparalleled ease of use allows me to finish projects very quickly and it doesn’t stand in the way of my creative process. However, I sometimes mix and work in Pro Tools on projects from other studios.

So how do you use your studio?

My main work is doing sound design for games and animations. I’ve been gaming for much of my childhood, so this became an obvious extension of that. I produce, mix and master for other artists and for my own project as well.

Mainly, I want to get rid of the subwoofer in my monitor chain and replace the Neumann KH 120 with the bigger brother, the KH 310. The studio is well treated acoustically, so I hope the bass end will be enough. I also plan on getting the classic U 87 and a Neve preamp, so I can have more options while recording.

There’s no magic ‘make great music’ button. Even if you have a musical background, you still have to sweat and put in a lot of work until you get a usable, consistently good product. That also means working on a lot of songs that won’t make the cut. But you have to fight your way through this and keep motivated! 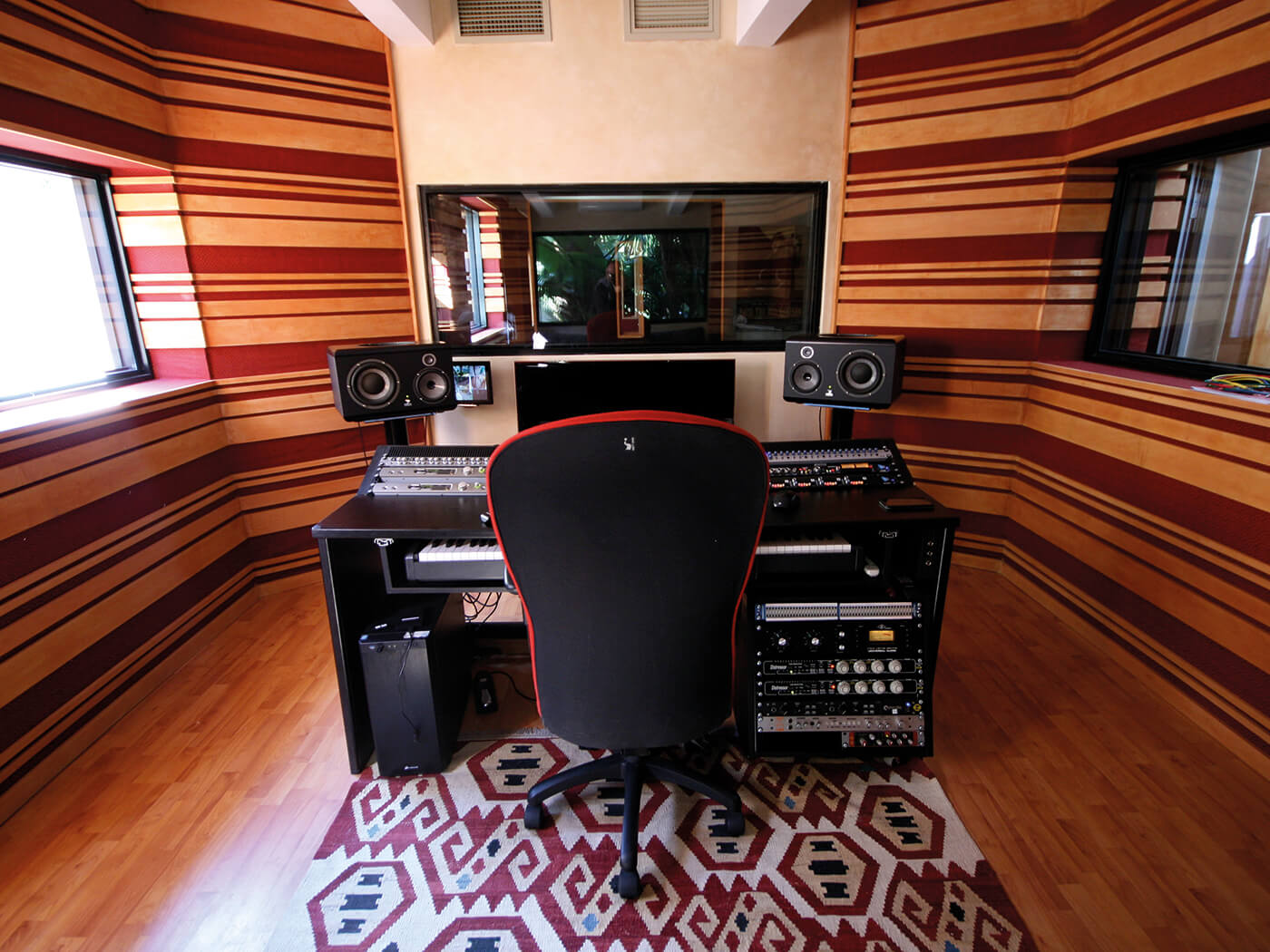 The Bass Station is a boutique studio in Parkhurst, Johannesburg, South Africa. The idea behind this studio is to provide a state-of-the-art production facility at very affordable rates. Initially, it was a modest one-room home studio which was then expanded to include a control room, tracking room, vocal booth and amp room. The expanded version of the studio has been in operation since January 2019.

I mostly work with Cubase 10. I love the look and feel and the ease of using the software. It’s what I started with – and I’ve never looked back.

What’s your favourite piece of gear?

All of my gear is my favourite, but if I had to choose it would be a toss-up between my Prism Orpheus and API 3124V mic-pre. The Orpheus gives an astonishing breadth and detail to anything it’s converting, while the API mic-pre has so much versatility. Whether you’re driving it or being gentle, it gives a delicacy to most any source you put through it. But really, this could all change when my Neve 1073SPX arrives.

How often do you use your studio?

And how do you use your studio?

I use my studio to record bands and also vocalists/rappers. I’m also using it to record vocals for my own solo project which is in the rootsy dubronica genre. It’s also been used to record audiobooks.

Don’t waste time wondering how someone did something intriguing on a record. Just figure it out and learn in the process. Always keep learning, investigating and try different things. There are so many plug-ins that come with DAWs now. So, check them out and see what they can do for whatever you’re working on.

Any advice for someone who’s starting to build a studio?

Pay a lot of attention to room treatment and tame those bumps and nulls. The more you can trust what you’re hearing, the faster you’ll be able to mix. 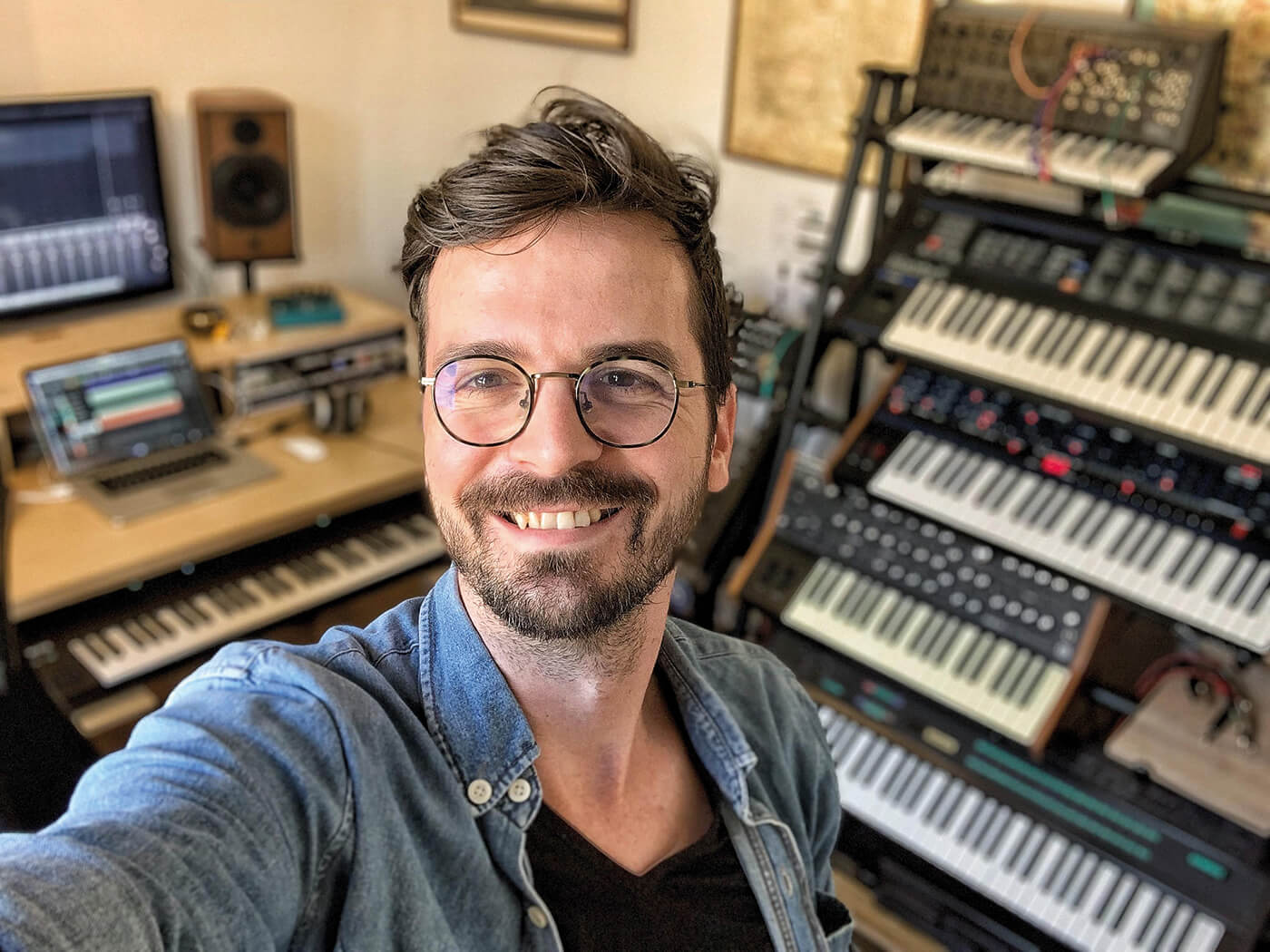 Dani’s unique creative space is based in downtown Budapest…

Tell us more about the studio…

My studio has been around for almost 10 years now. I think this place feels more like a home studio or a creative space rather than a regular studio, since most of the gear was originally located at my home. But as I kept buying more and more things, I needed extra space so I decided to move the whole studio to a room in my company’s office.

Which is your favourite DAW to use?

My main DAW is Cubase Pro 10, but sometimes I also use Ableton Live. I mostly compose for film, animated movie and video-game scores and I think Cubase is the best tool for that. Also, I help run a Kontaktinstrument developing business alongside Los Angeles-based composer Gabriel Dib and Cubase makes it very easy for us to collaborate and build complex, semiautomated templates and workflows for instrument sampling.

My main instrument is the piano, so synthesizers are always close to my heart. I’m a big fan of Oberheims (especially the OB6 and Matrix 1000), Yamaha DX7 and Universal Audio’s DSP plug-ins. In the past few years, soft synths have become extremely powerful! Nowadays, I use them more than my hardware. I also use NI Komplete instruments, my custom-built Kontakt instruments and instruments like ZebraHZ on a daily basis.

I would love to collect more acoustic instruments in the future. I’m a big fan of marimbas, Eastern drums and every kind of exotic instrument.

For me, the key to my creative workflow is to reduce the time I spend with boring technical stuff and liberate myself from doing anything other than creating. My advice is to keep yourself organised: create a rock-solid naming, preset, template, archiving, backup plan and system. It takes time to plan this and it’s wise to fine-tune your workflows at least yearly, but it’s well worth it. You can be extremely creative and talented, but if you can’t recall or find your stuff easily and fast during composing, you will waste tonnes of creative energy.