Show Off Your Studio: Juggernaut Audio in Colorado focuses on heavy bands 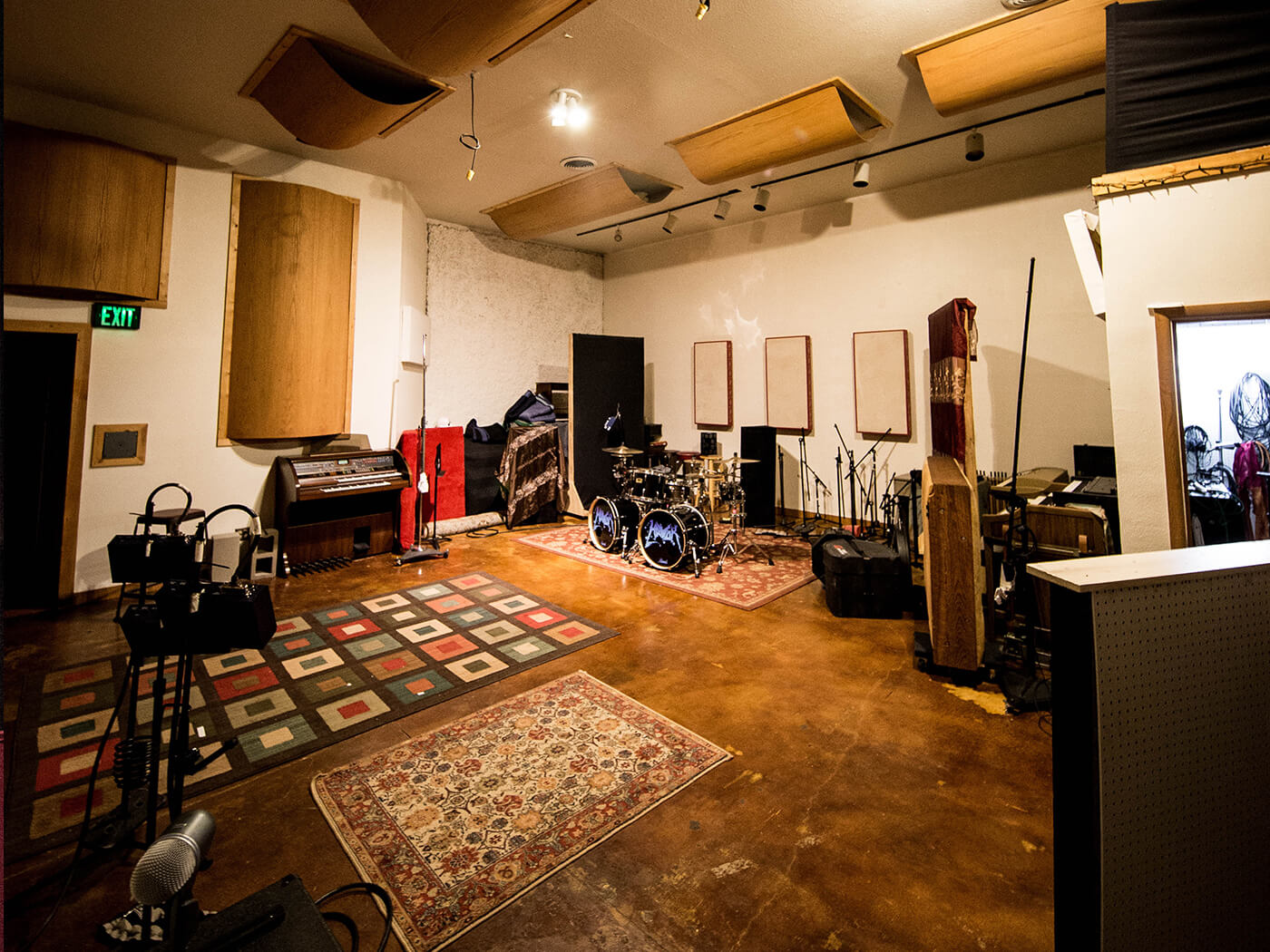 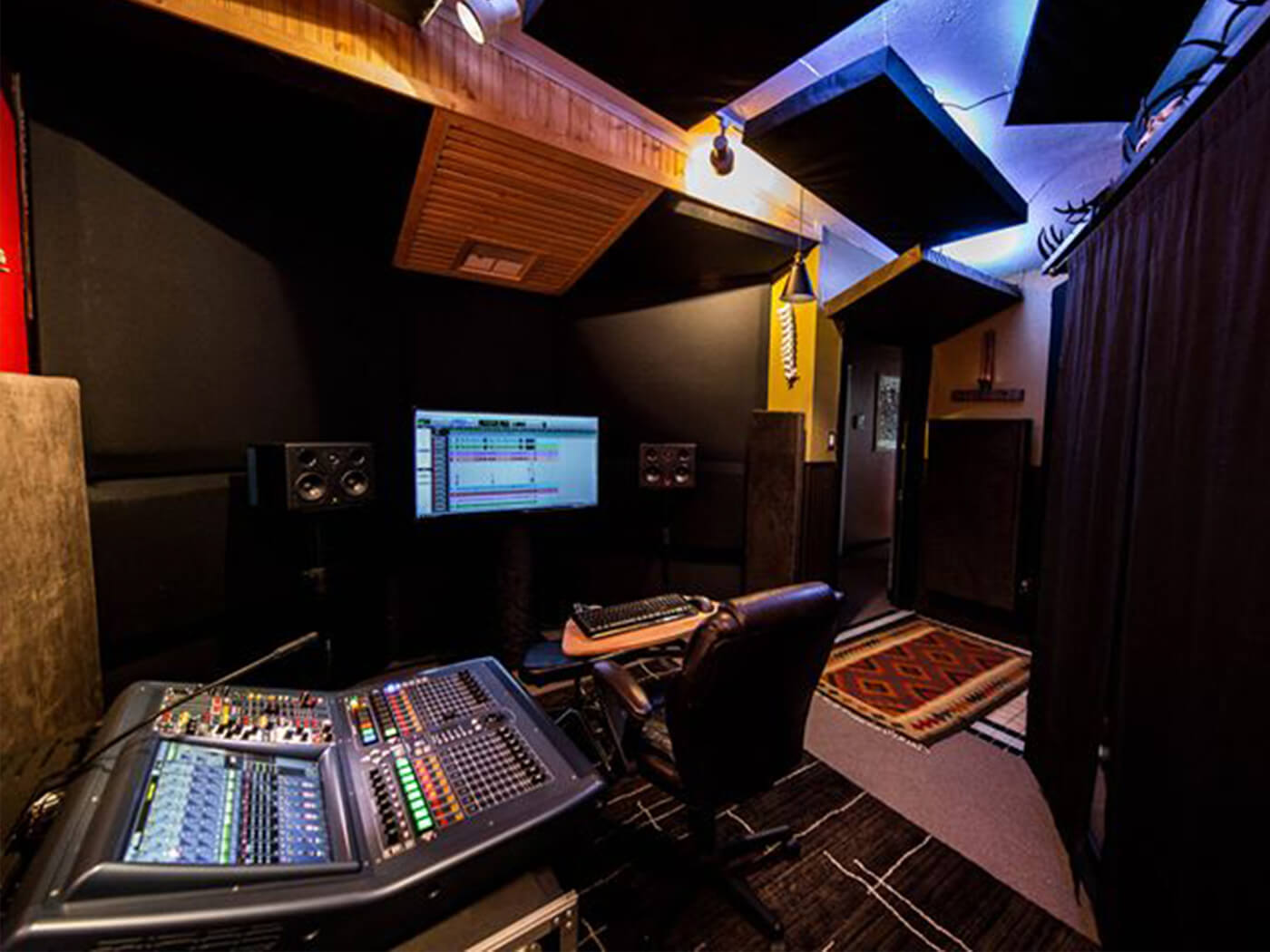 I grew up playing in bands and have always been good with technology, so audio engineering was a good fit for me. I have toured as a musician and an engineer and wasn’t even thinking about studio work, but Ghosts of Glaciers hit me up to do their record and my love for the studio was reborn. I wanted to create a budget studio to give up-and-comers a quality recording. To keep costs down, I sublet my room from a larger studio (Todd Divel/Silo Sound) and we share the live room. I tend to focus on heavy bands, since that’s what I know, and Denver has an amazing scene.

That’s a big live room – what’s the history of the space?

The space was built out in the 70s, changed hands a bunch of times. I just added paint, acoustic treatment, and decor to my portion. Todd Divel did a bunch of renovations when he moved in, not sure exactly.

Pro Tools because it makes sense to me and I know the commands.

What’s the story behind the Midas desk?

I used to FOH for Havok, they put me in touch with the Midas people because I wanted the console to make my job easier. I will never forget selling all my gear and waiting an entire summer to buy it, but it was worth it. The desk has been around the country and has never given me a single issue, not one. It is a fucking tank: it survived a trailer that lost a wheel and caught on fire.

When I was transitioning to the studio I was thinking about selling the Midas, but I compared the conversion to a couple of popular converters on the market, and the Midas won out. The pres are amazing and its flexibility is essential. It’s my favourite piece of gear in the studio.

As much as possible, there is always something to learn. 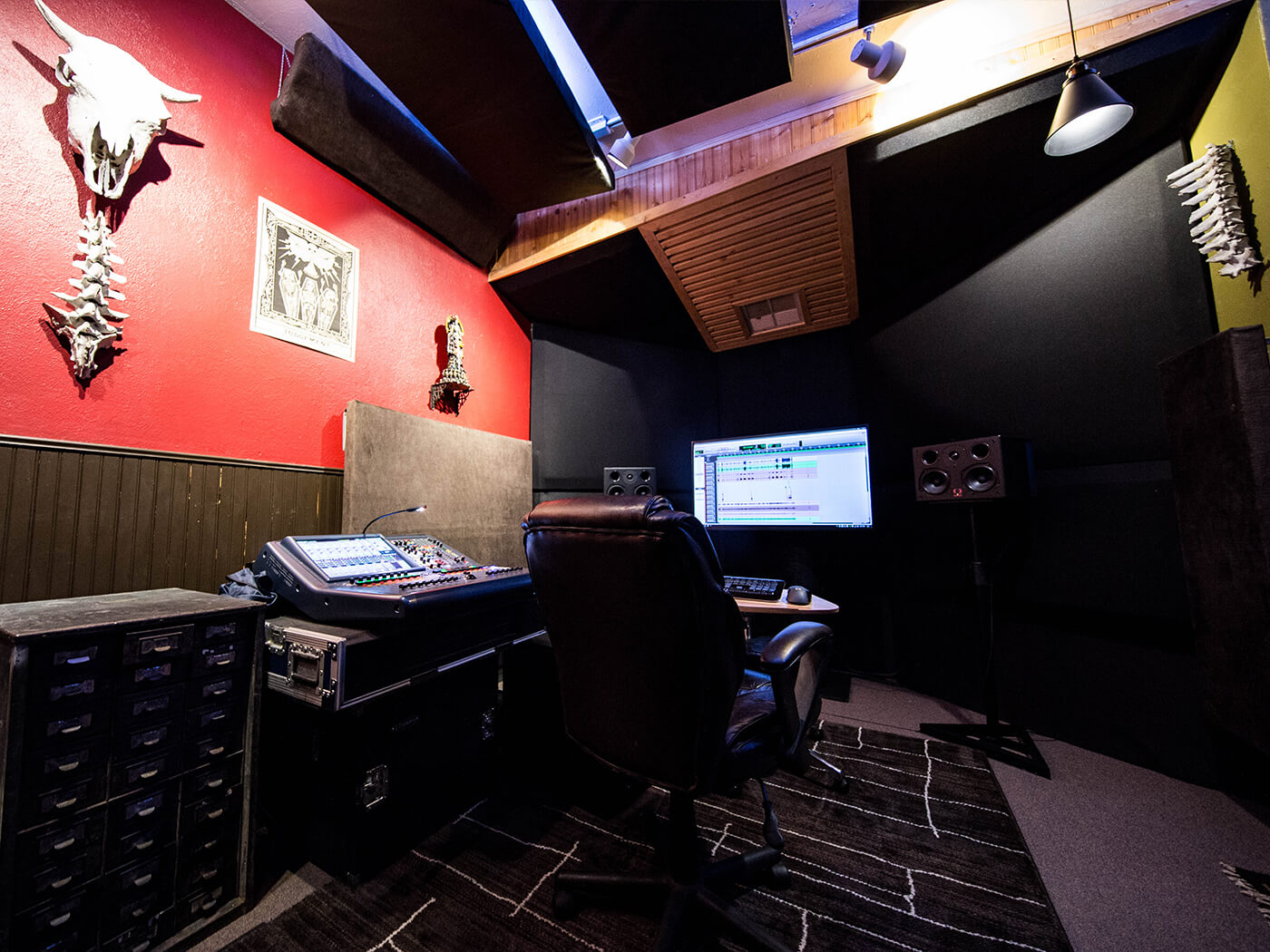 The idea is to make a living at this, so whatever pays. I guess recording bands mostly. I certainly give them my opinion, but I don’t know if that makes me a producer.

My Tune-Bot (drum tuner) just came in the mail. Takes some getting used to, but stoked on the results thus far!

Do you have any frustrations with your current set-up and why? What are the next studio improvements you want to make?

I am looking to build my own monitors because most of them are built and tuned at lower altitudes and the drivers do not line up at higher elevations (like Denver). Even 1 ms of difference can mean a 15 dB dip at the crossover (say 100 Hz) between the mid and low drivers.

Companies like Barefoot won’t let users into the processing. So despite the high price tag, they are out of phase up here. They think I am crazy, but I know what I am talking about. I learned from the best and altitude is a big deal, even between Denver and the mountains. I told Barefoot to send me a box and I would pay for it if I was wrong, no reply.

Is it a conscious decision to keep outboard gear to a minimum? If so, why?

Not really, just opened so I am working towards that. I don’t want to out-kick my coverage.

That’s tough… a rack of Distressors for the drums, Manley Massive Passive for the mojo, and a Royer SF-24 because it might be the best room mic ever made.

Bands want your opinion, give it to them. My worst recordings have come from keeping my mouth shut.

Also, don’t believe the hype. There is a lot of money spent on advertising. Do your research!