by Will Betts
#Artist/Producer/DJ#Studios
Features

Show Off Your Studio: Gary Go’s The Canvas Room

This time, we look inside the studio of producer and media composer Gary Go and learn the benefits of standing desks and having mics you can trust. 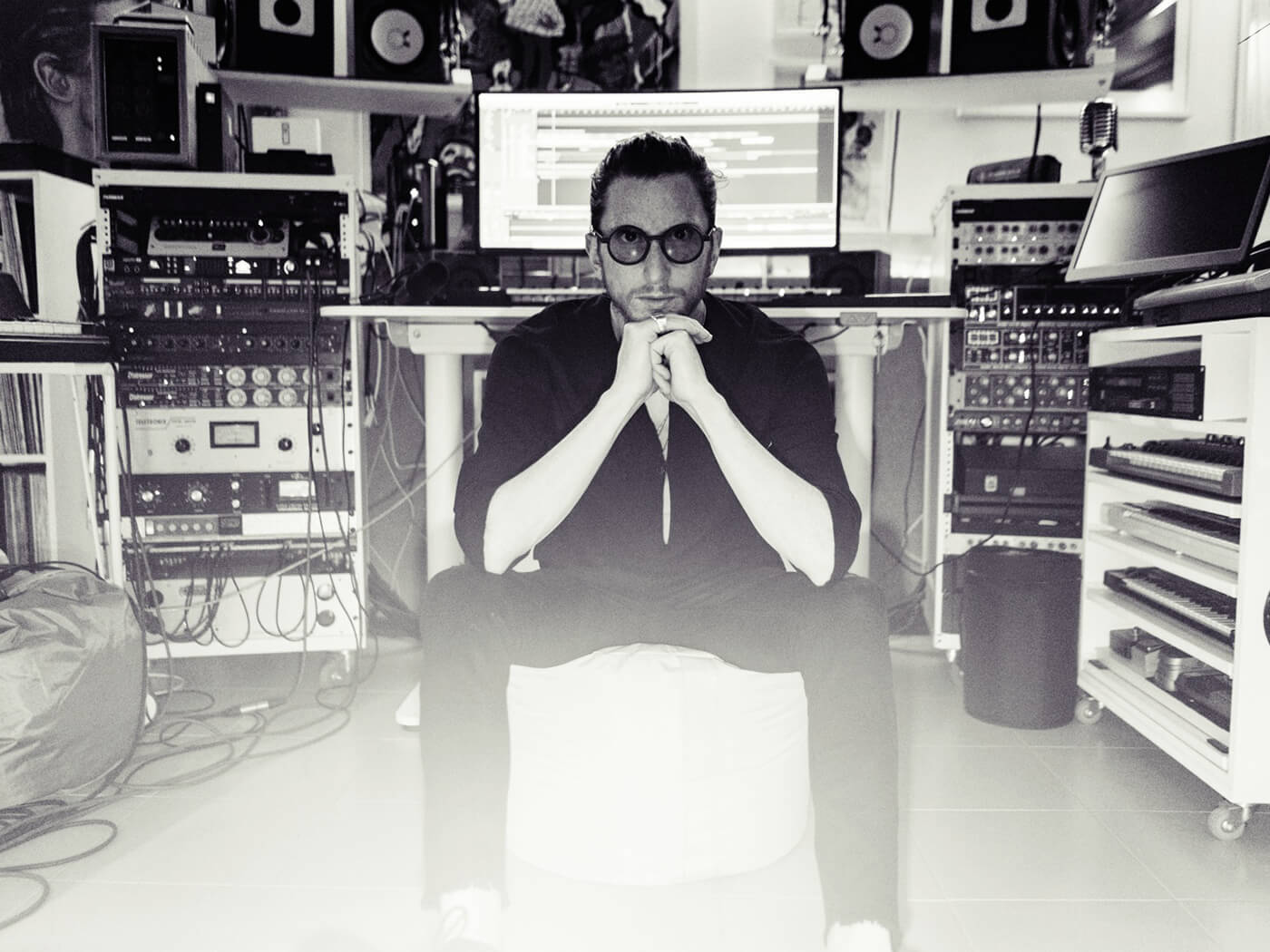 Tell us more about the studio, Gary…

The Canvas Room is the creative hub for my publishing and production company of the same name and is located in my favourite part of East London.

What’s the story behind the standing desk?

Standing desks had my attention for a little while; as an A&R I worked with had one in his office and spoke of the extra energy he had while working – he also had the addition of a treadmill he would use while at the desk, just for that extra juice. I then saw one (sans treadmill) in a friend’s studio in Toronto and had a productive standing session. I just found that working while standing is better for focus and alertness and also when I get excited about a song I’m working on, I tend to stand up and move around the room. I find it easier and more collaborative when working with others, as you’re not fixed with your back towards them. I couldn’t imagine working another way now. May try an upside-down rig at some point. That would really get the blood flowing. 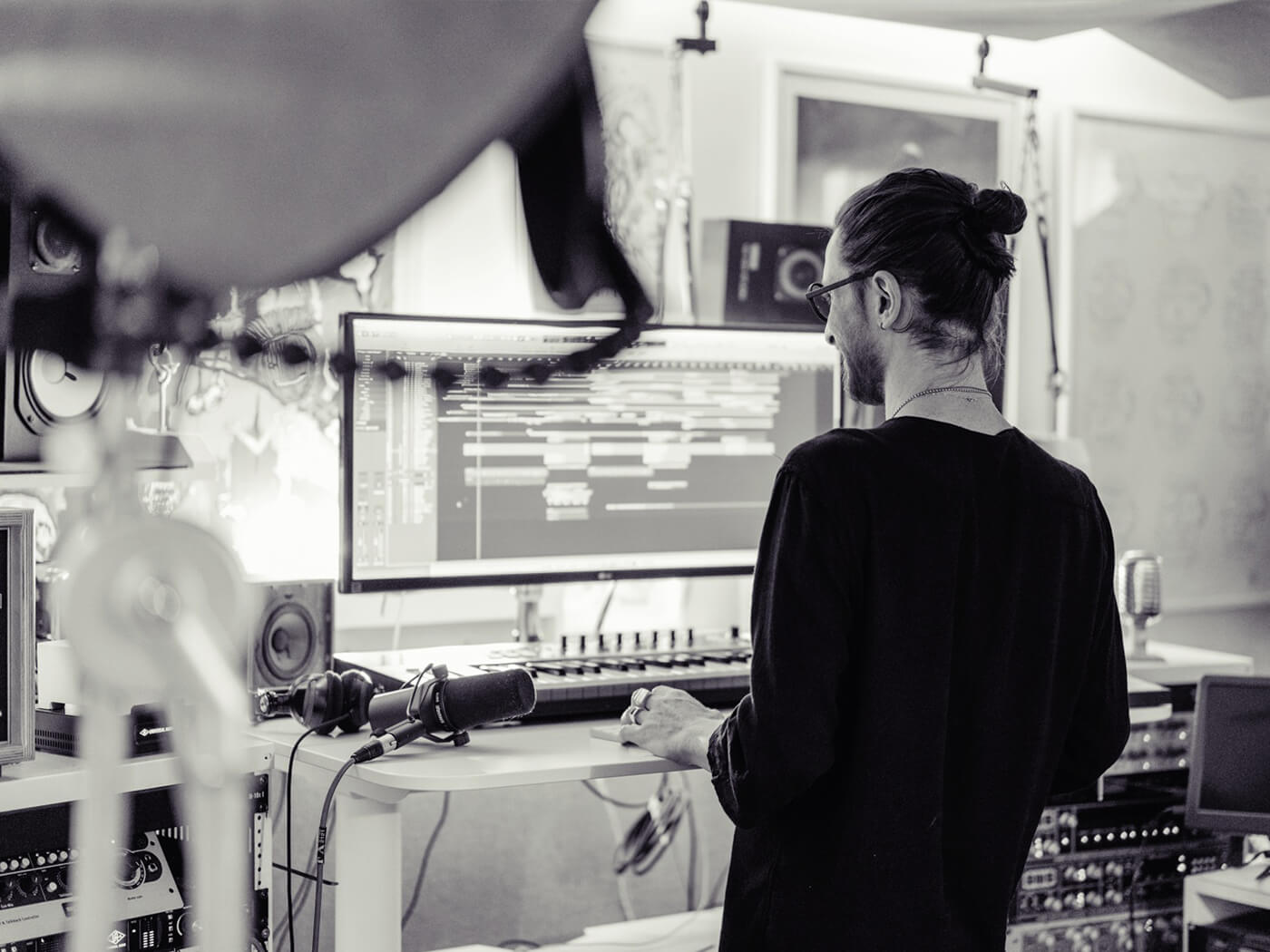 I use Logic Pro and it’s just the one I’m most familiar with now. I’ll ReWire Ableton and Reason through Logic if I want a bit of what they have to offer, which in Live is the audio manipulation and Reason some of the sounds, audio FX and Rack Extensions. Logic allows me to do what I need to and I’ve always found it fairly intuitive. It’s versatile as well, because I’m working on film projects as well as audio-only song projects, and it’s great for both. UAD hardware and software have started to factor largely into the studio setup as well, with an Apollo as the main interface and a Satellite accelerator to help power their long list of impressive plugins.

Do you have a favourite piece of gear in your impressive collection?

I think I’ve managed the gear addiction that I see a lot of my friends dealing with, pretty well. I’ve only got key pieces of gear that I use frequently. I had to relocate my favourite piece to another studio when I moved here as I didn’t have the space – my 100-year-old Bechstein grand piano. I miss it being in the studio.

A favourite piece now is probably my old Neve 1073 rack. The Neve pre’s allow me to get the sound I want when recording, and are super versatile. It’s great on vocals, piano and guitar. If I’m recording stuff in another studio, I’ll always take the Neves and my stereo pair of Royer R-121’s, because I know I can trust them. And, if all else fails, I’ll be able to capture what’s going on in the room in a way I’ll be able to use. I also have a vintage Schoeps pencil mic, originally from Pink Floyd’s Brittania Row studios, that is great for recording acoustic guitar. 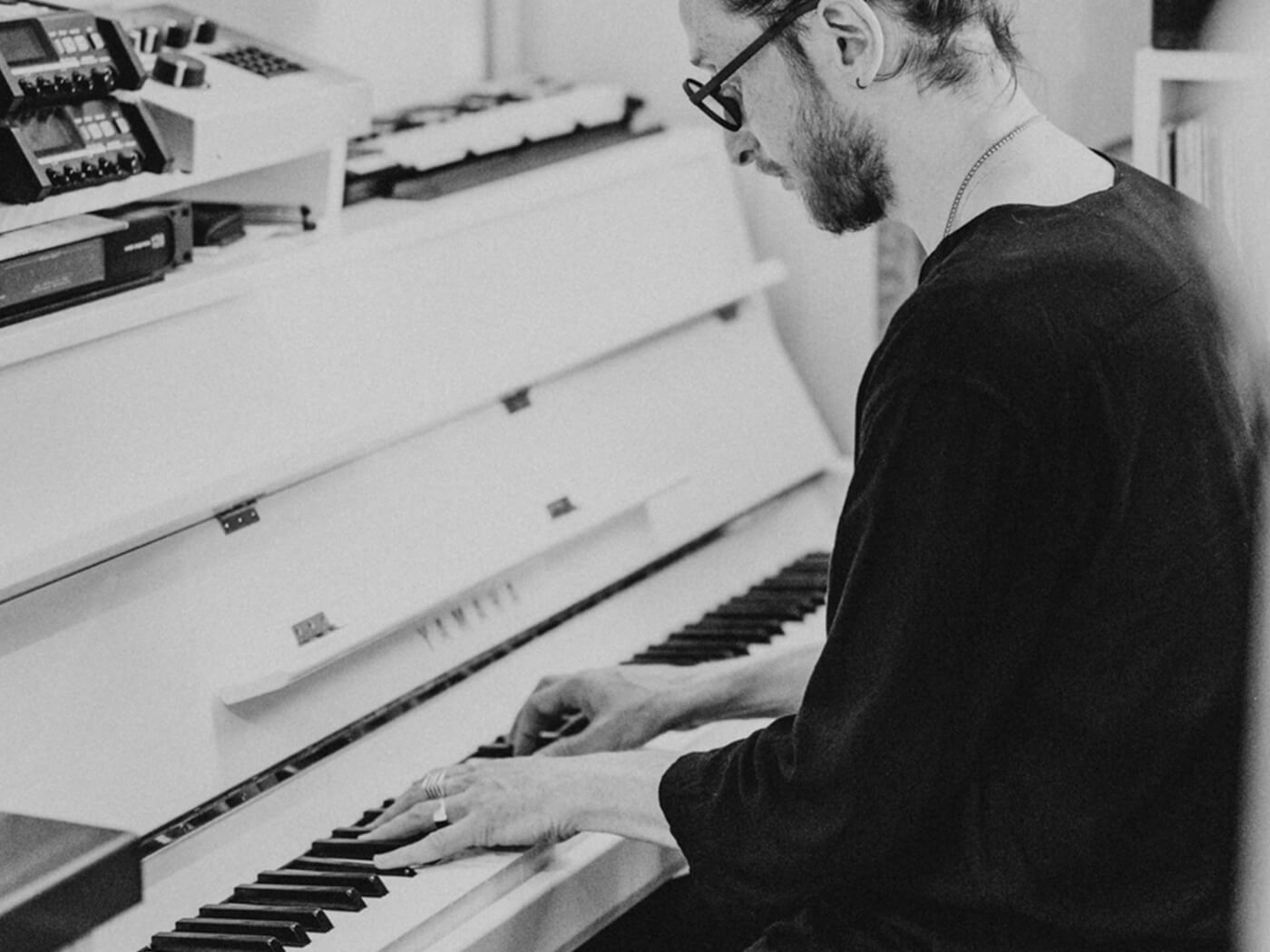 How important is working with physical instruments to your creative process, as opposed to software instruments?

I love real instruments, both acoustic and electric, and they factor greatly in my creative process. Guitars, pianos, keyboards and synths are all major parts of my writing and recording process. I do like a lot of software instruments for more intricate synth sounds and for more precise attenuation and speedy recall.

Only over the last couple of years have I started to hear virtual pianos that really give me the piano chills. I have a Yamaha silent piano which is a real piano, but with MIDI capability, so I can play a real piano, watching the hammers dance while capturing the MIDI, which is great. I have an old Wurlitzer EP200 which is by my side in the studio and is always very inspiring. I also have some old Casio keyboards on hand as well as a few choice electric, acoustic and bass guitars. 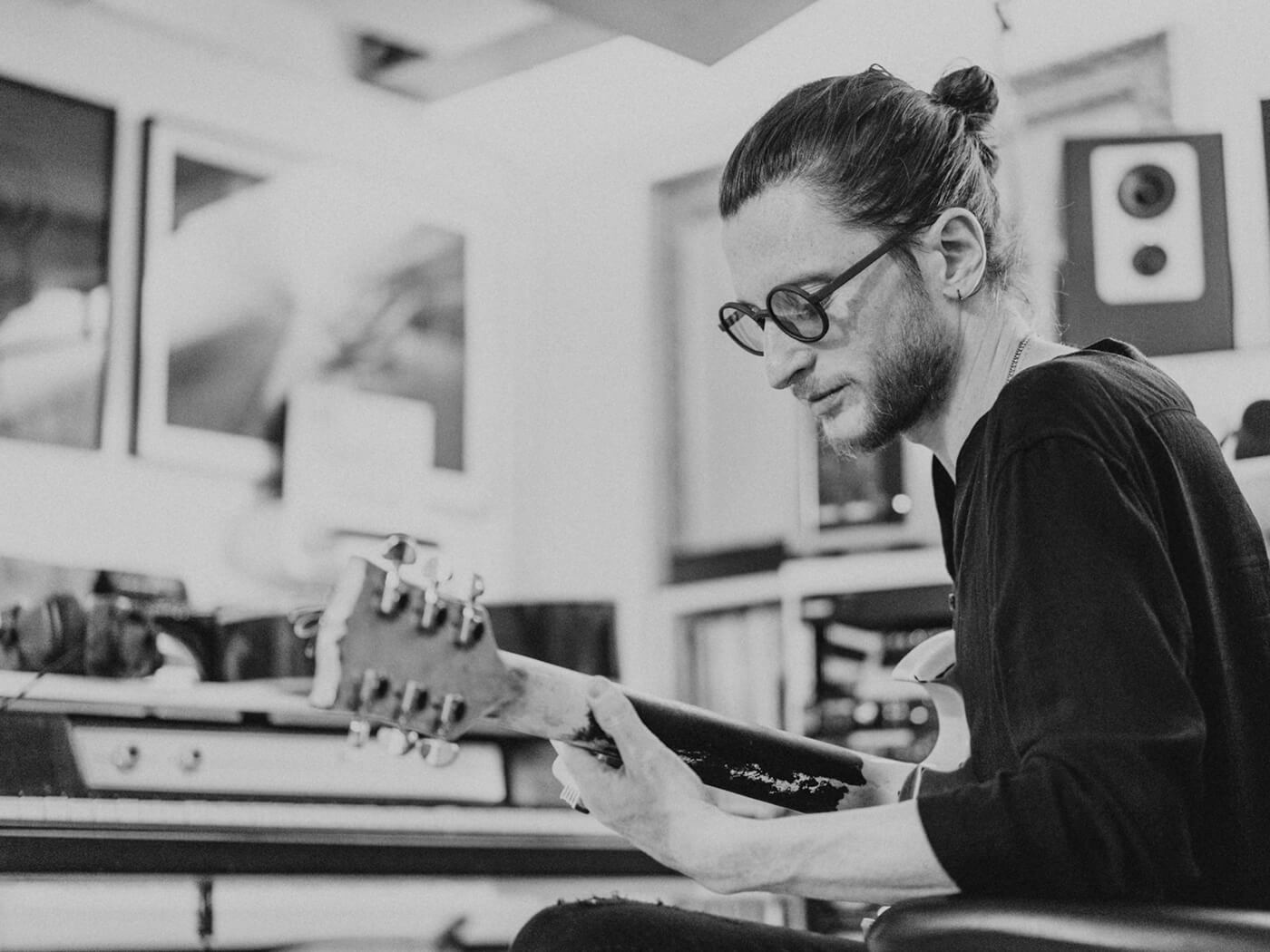 I spend a lot of time in the studio, but it varies. I sometimes work in other people’s studios too depending on what I’m working on. I take a lot of walks too.

I only use my studio for projects I am working on which includes writing with other artists, making my own music or composing for visual projects. 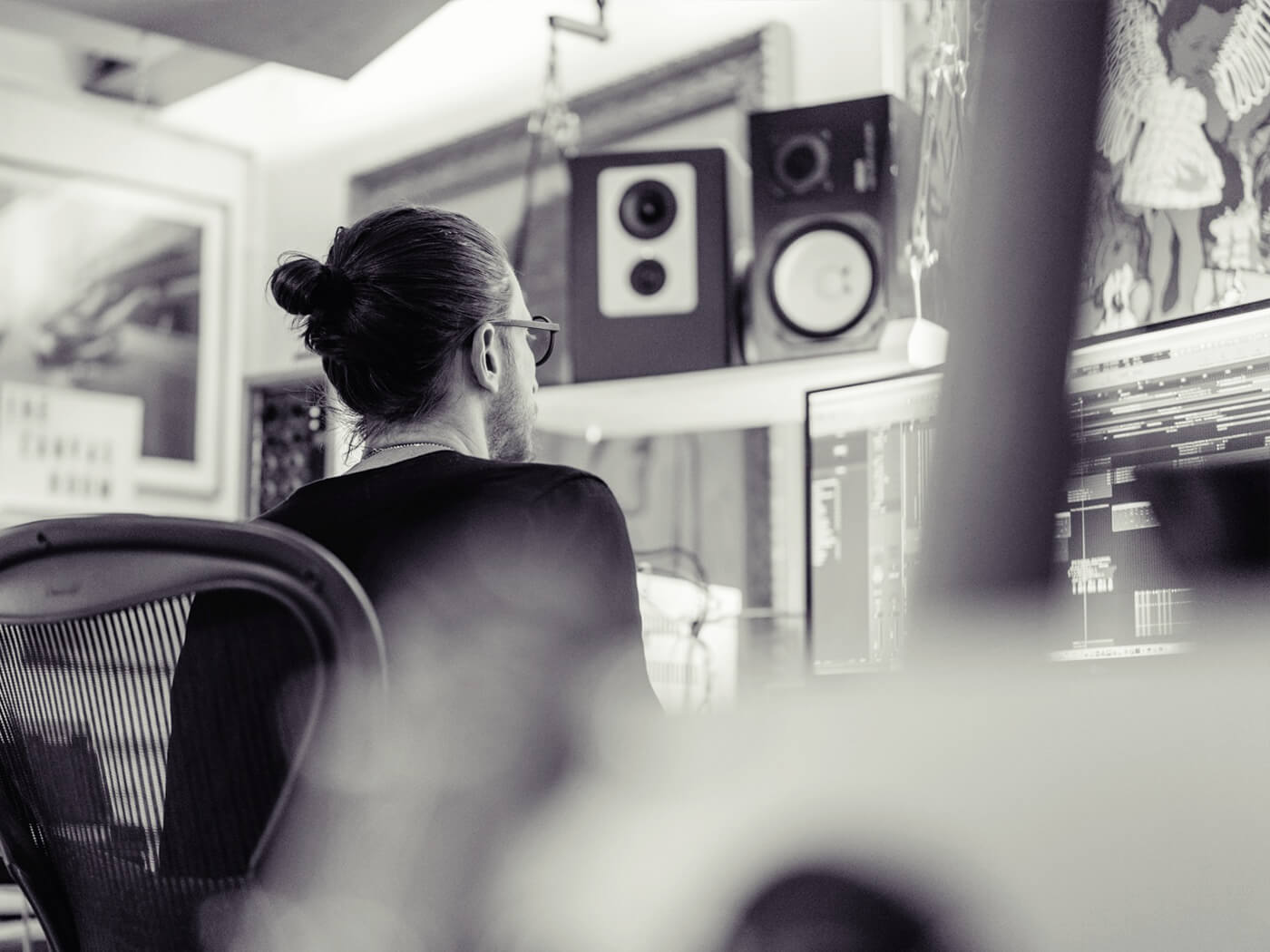 Can you tell us more about your monitoring setup?

I’m currently using powered Barefoot Footprint 01 monitors which I think are great workhorse speakers that can be my main monitors for the day without much fatigue. I also have the timeless, Yamaha NS-10Ms with a CHORD SPA 1232 amplifier and use the Antelope Satori monitor controller with their R4S remote. My long-standing collaborator and mix engineer Andreas Larsen very generously and expertly built and installed a custom cloud and floating speaker shelves which position my monitors perfectly for both standing and sitting.

I’ve always had a Neve sidecar on my shopping list. I actually bought one once, but the dealer never gave it to me and only partially refunded me, so that’s a lesson. Be careful when paying upfront! So it’s still on the list. I would just love to have one for summing. I’ve always thought they sounded great. Also, a producer friend of mine just turned me on to Kii Audio Three speakers and I was really impressed. I can see a purchase down the line. There’s probably some more inspiring art for the walls on the list too.

As well as the sidecar, I would like a vintage AKG C12 microphone at some point. I mainly use a Neumann U47 for vocals, which I think is a wonderful microphone, but a C12 would be a perfect addition. Nothing too crazy.

I actually got a great piece of advice just yesterday from a mentor of mine and that is to “trust the headroom”. Don’t slam too hard. Lean on the side of trust. A piece of production advice I would give, but I do not follow myself though I promise I will start to soon: don’t overcook the loaf! 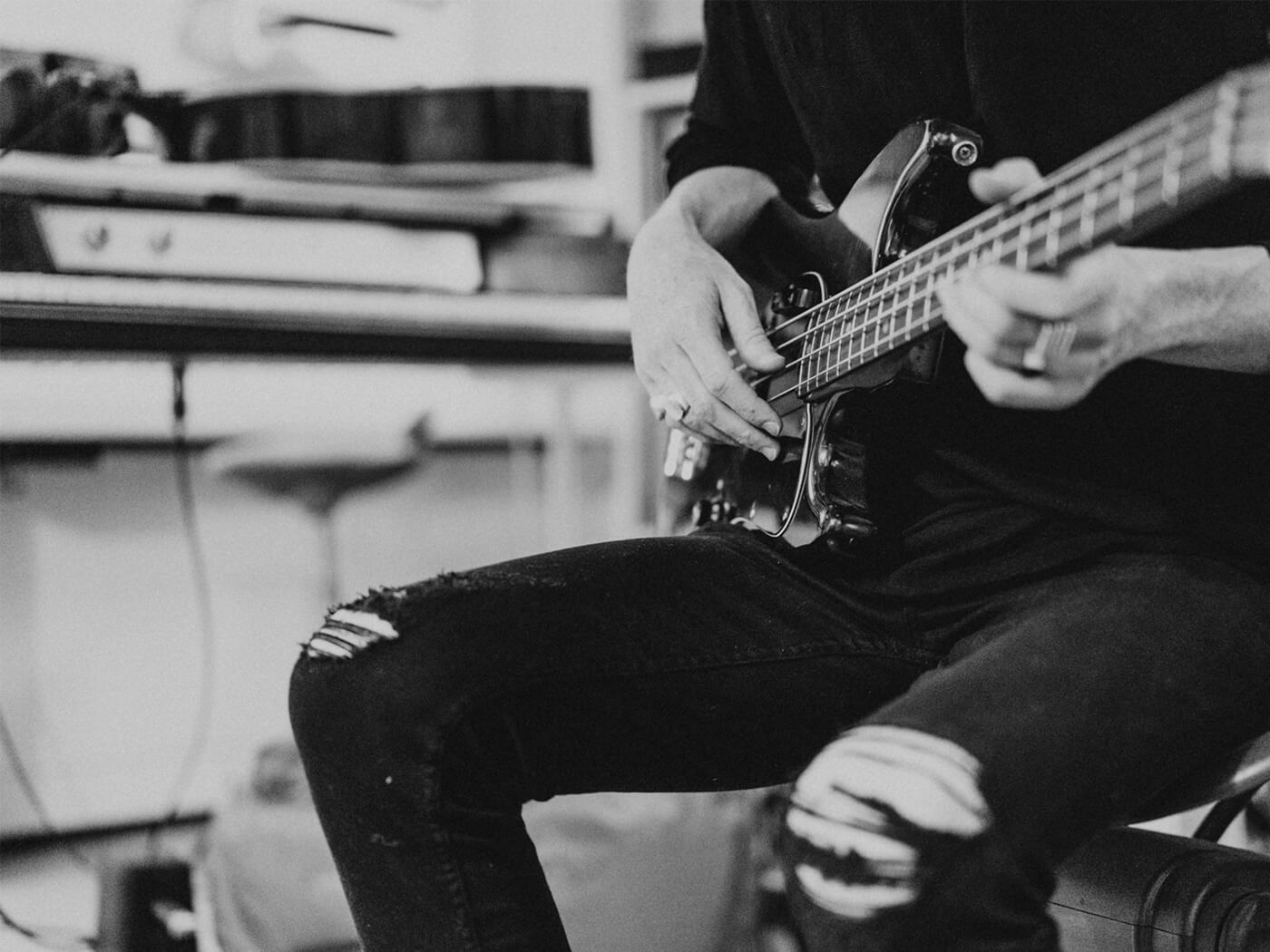 What advice would you give someone starting out making a studio?

I’m not so sure about going overkill in treating a room acoustically, but I would start in that area. Make sure you will be able to comfortably listen to music in the control room (which is also often the live room too), but you don’t need to go crazy. I think it’s good to be able to work in all sorts of environments. This is the age of flexibility.

What have you been working on recently and where can we hear it?

I have just finished my next artist album called Love Lost Freedom Found out in Spring 2020, and I’m very proud of how it’s finished up. It’s been a labour of love and I think that comes across in the speakers. You can find songs now from the project on your favourite streaming platform.