The Sixteenth Bar, Attila Hanak’s spaceship-looking studio based in Toronto, is just as cool as it looks. 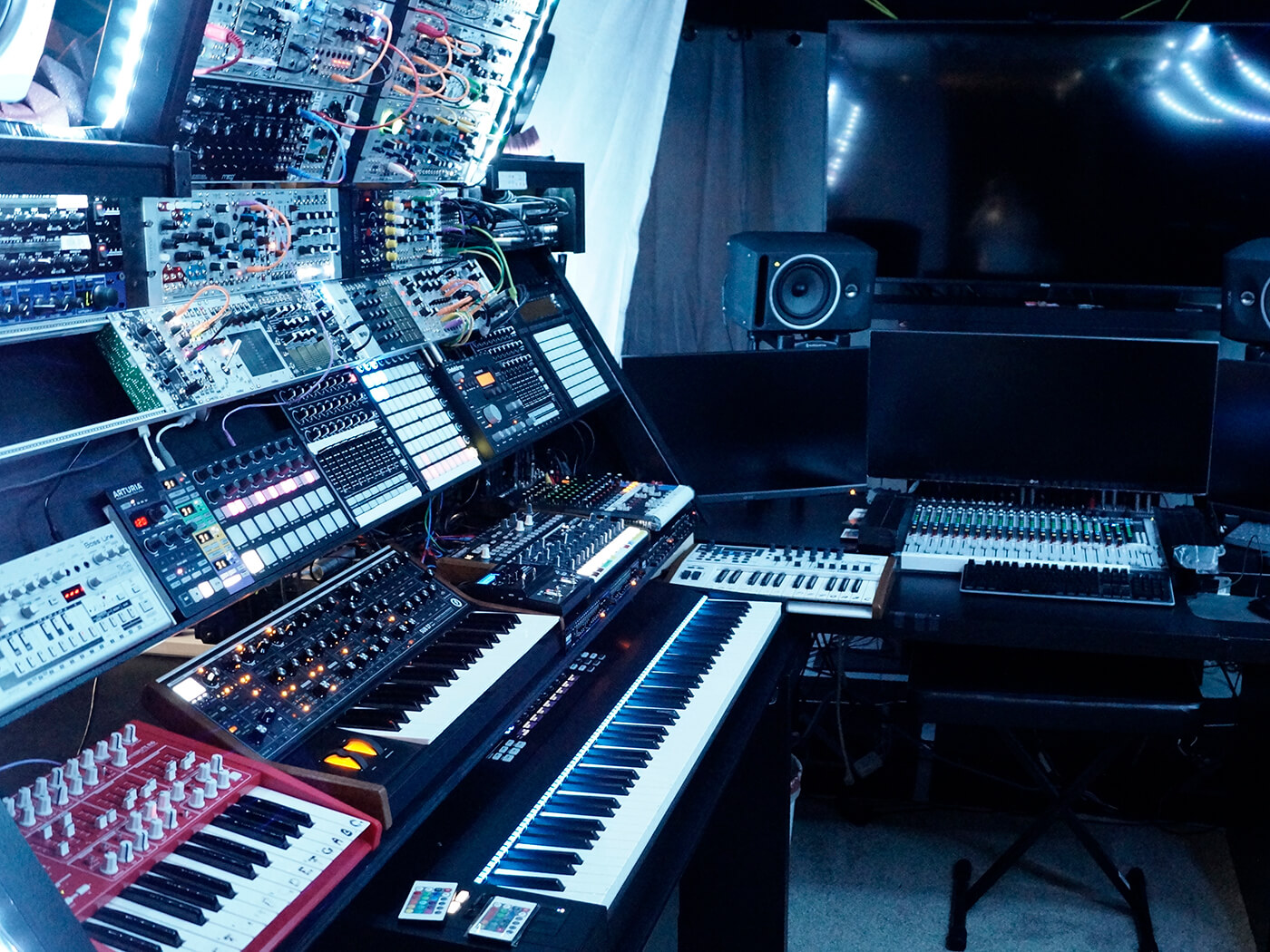 The studio is located in Toronto. It is a work in progress and has been for the past three years. I’ve been refining the layout and the setup to aid me in a rather specific method of music production, which is based mostly on merging the benefits of the hardware world with the flexibility of the digital realm.

Ableton 10.1 Suite. I’ve never tried another DAW, so I wouldn’t be able to give a good judgement on a comparison, but Ableton does what I need it to do, how I need it to do it, and by now I’ve become familiar and proficient enough with it to use most of its functions with a second-nature ease. Also, the new CV Tools have proven to be a game-changer when it came to integrating external gear into a production, so that’s a massive plus. 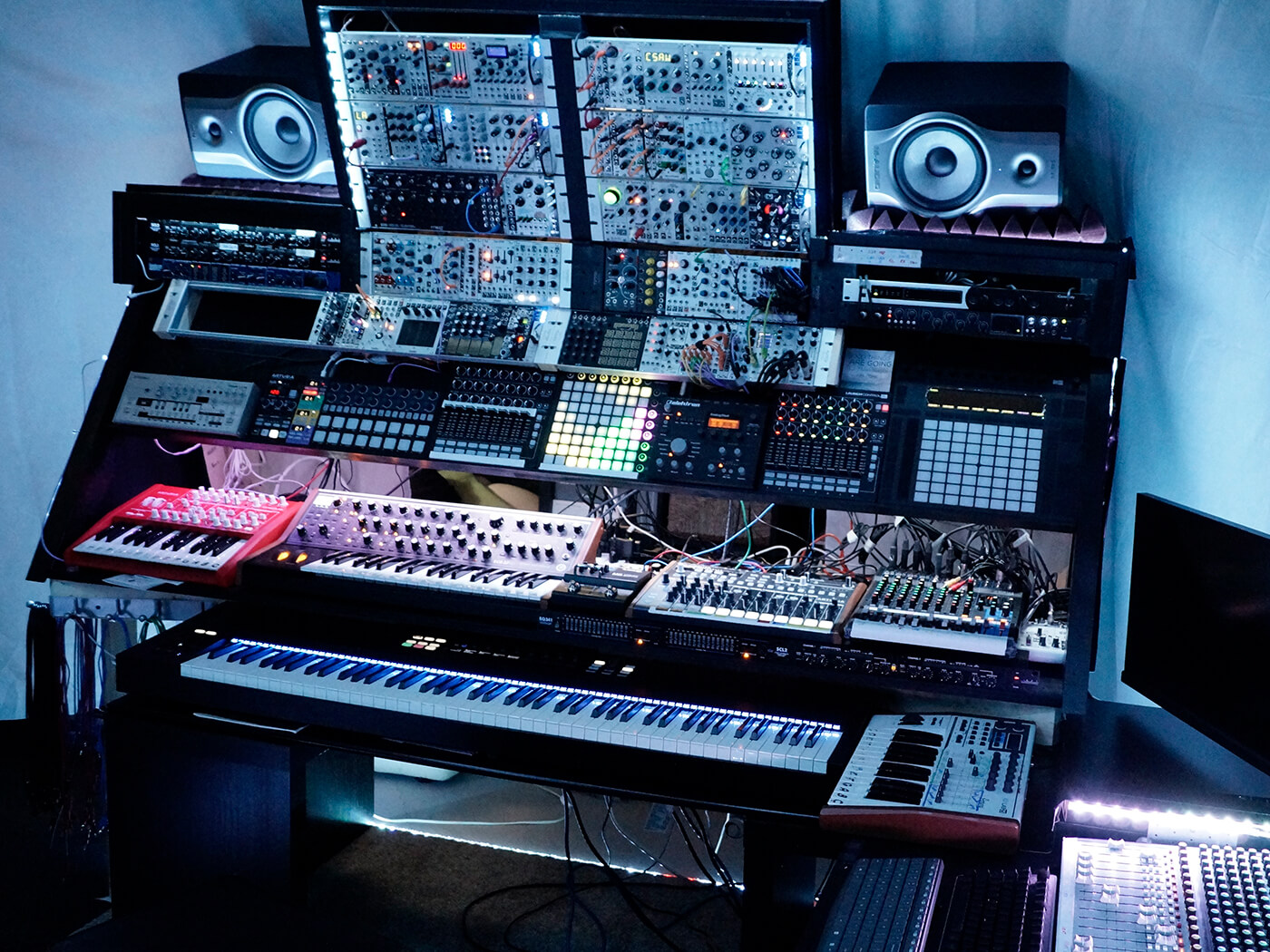 That’s a tough one, there are so many amazing pieces of gear I could call my favourites for a number of valid reasons. But if it has to be one instrument, then I’ll have to go with the Moog DFAM. It’s just an amazing machine. I’ve used it in a number of vastly different applications. It’s about as analog as it can get, it sounds stunning and it’s temperamental. Once I get playing with it, I just can’t stop, and you can never really know what you’ll get out of it until it happens. The Eurorack integration possibilities on it are not all that bad to have either.

How do you control all of that amazing gear? Do you have a master keyboard for it all?

I have a MIDI matrix set up which is accessible from both computers in the studio, as well as an 88 key MIDI keyboard. The heart of all this is a 10 channel MIDI interface. I can send MIDI information from both instances of Ableton if needed. Most standalone synths like the Sub 37 and the MiniBrute, as well as the drum machines have their own MIDI inputs, and OSCAR (the Eurorack wall that I decided to name Oscar for whatever mysterious reason..) has 4 MIDI to CV modules to fulfil this function. 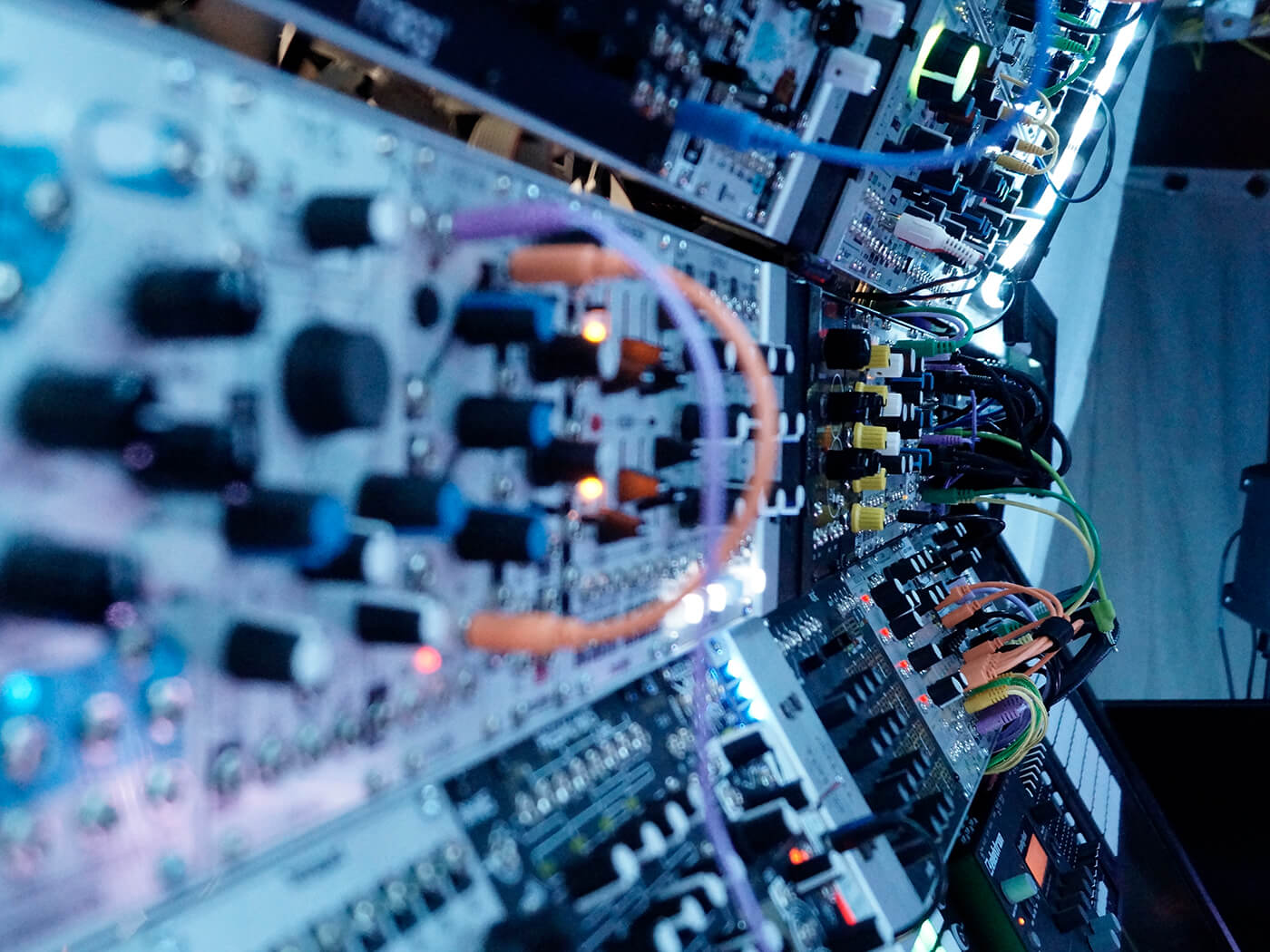 This way I can send MIDI to nearly all of the gear simultaneously via a large number of MIDI tracks from Ableton. In addition to that, I also use an Expert Sleepers ES-8 DC-coupled USB audio interface to use Ableton’s CV Tools, which again just opened a whole myriad of possibilities to modulate external gear and to automate functions throughout the arrangement of an entire song, or perhaps even a longer live performance.

What attracted you to using modular gear?

My first synth was a MiniBrute, then the Moog Sub 37. Soon after I got the Sub 37, I found myself patching the MiniBrute’s audio out into the 37’s external input, then using the few CV outs of the Brute to mess around with the Sub 37’s filter via ¼” to ⅛” patch cables and its CV inputs. It quickly became obvious that I had a thing for twisted cables and fancy turn-knobs. Then I realised there was a better way to do that; enter the black hole of Eurorack.

My first purchase was a few MakeNosie modules, and after staying up for two days straight playing with them, I have never looked back. Modular has those same qualities that I mentioned to love about the DFAM. It’s an instrument that you have to learn to play and that takes time, so it’s definitely not for everyone. It can look intimidating, but if you treat it with respect, have patience with it (and a lot of free time to kill) it can give you the kind of payoff that you’ll never get from a VST, or even a pre-wired synth. I must emphasise “patience”; it’s usually a few hours of frantic patching and potentially a great deal of frustration to finally arrive at a sound that pleases you. 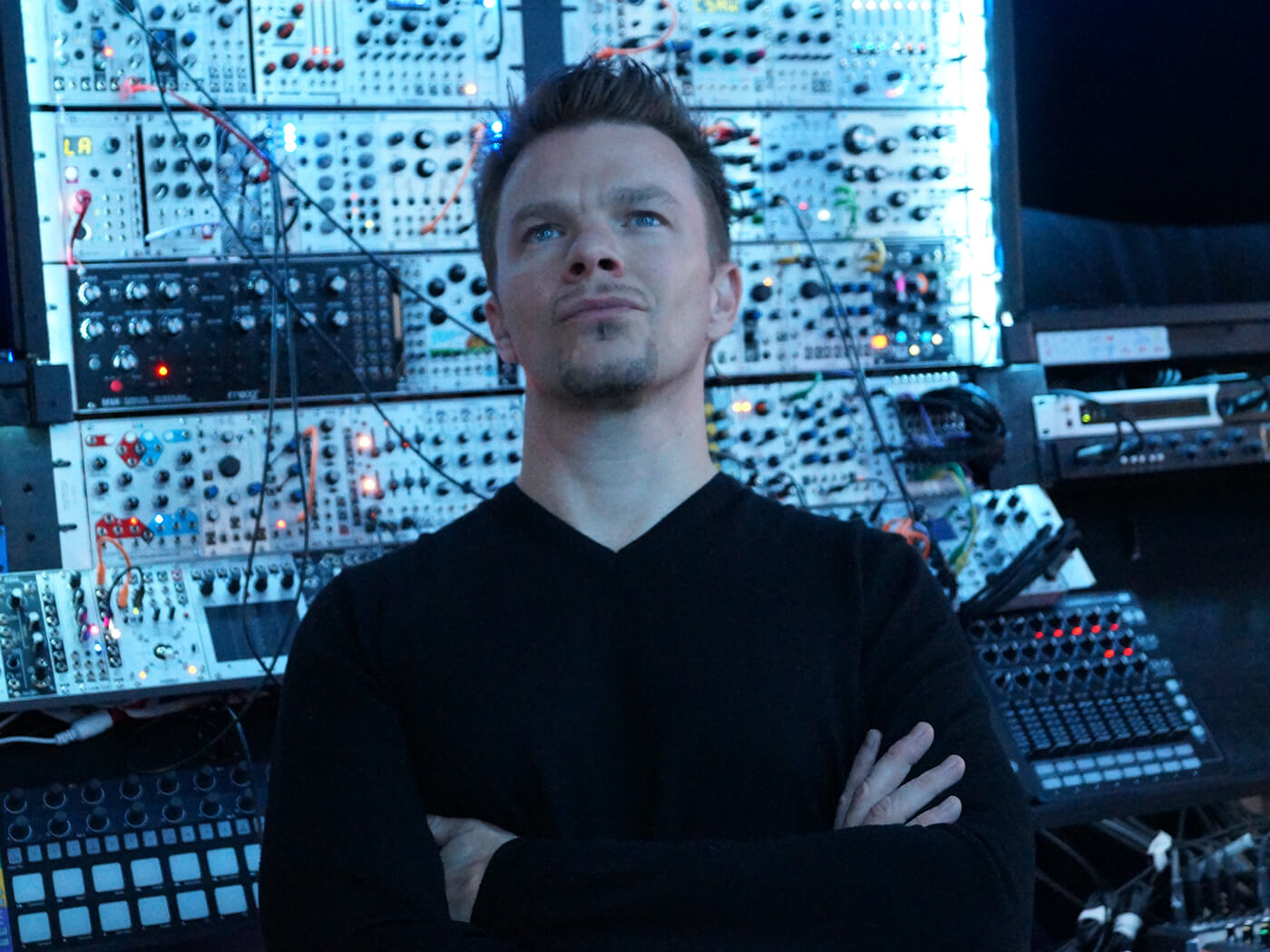 I usually come up for air once or twice a week [laughs]. But on a more serious note, since I’m a one-man-show, I’m there a good 10 hours per day on average. When I work on a large project, such as the production of the Push 2 MasterClass for Production Music Live was, I’m there an easy 14 to 16 hours per day, or until the work is done, or until fatigue sets in. Whichever occurs first.

Other than having fun, experimenting with different things and coming up with new ideas, I use it mainly for three things: Produce songs, produce videos and create sample packs for my website. Starting from patching up the sounds on Oscar, arranging the timeline, then recording the elements, then mixing the tracks and finally mastering the song, I do everything in the studio.

I also like to make educational videos about music production. I’ve learned a ton from superb creators, selflessly investing their valuable time, to put up amazing free content on the web, and now it’s my time to return that favour. So if my time allows, I make videos for my YouTube channel to my share knowledge.

My sample packs are all designed on Oscar and recorded in their purest possible form, avoiding any unnecessary processing. Keeping it clean! 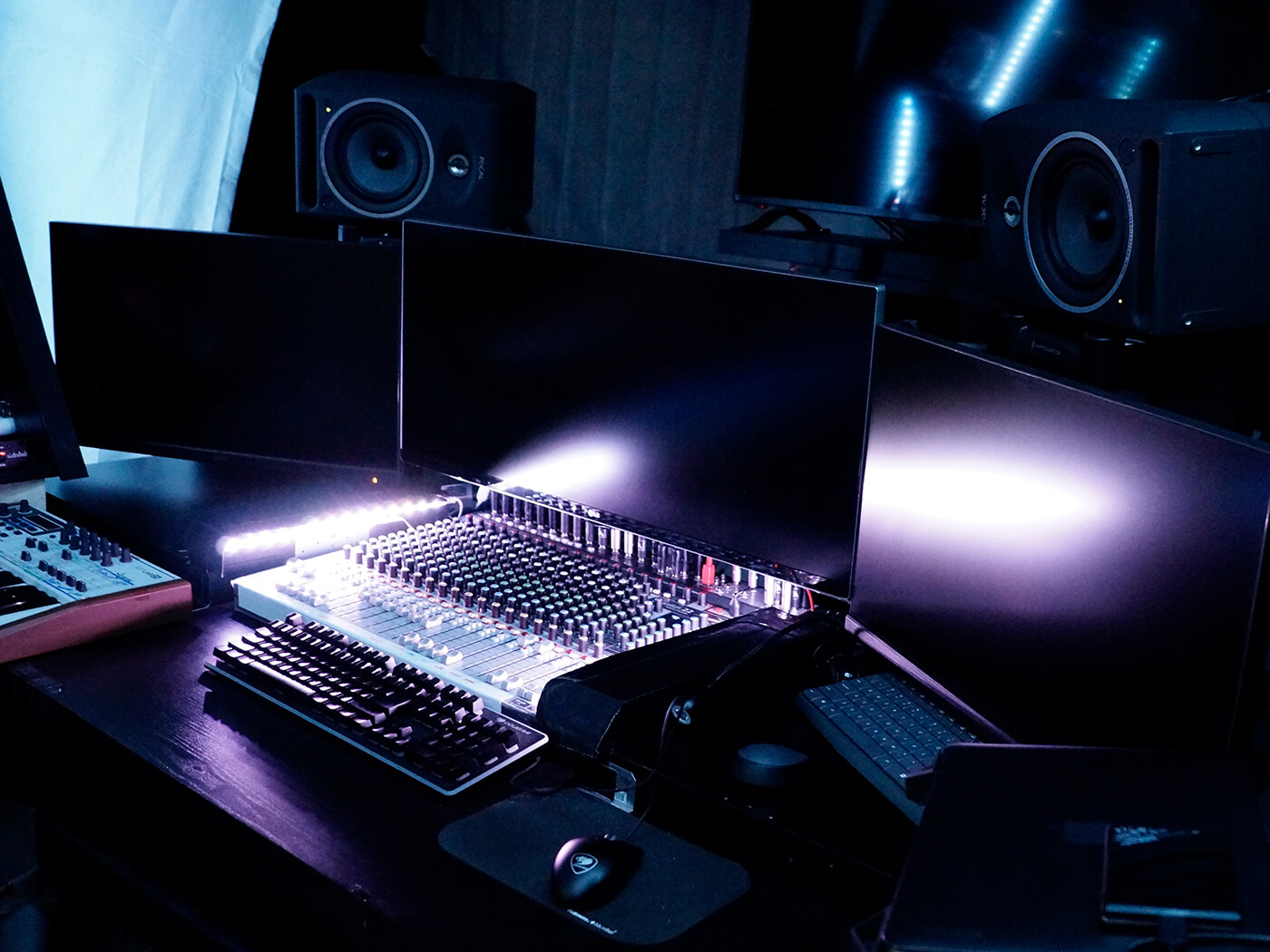 That would be a synth I’ve never actually really seen or touched, or even heard live. I only saw it in a Junkie XL Studio Time YouTube video. It’s the Korg Trident. Tom was showcasing it and it took a whole of three minutes of him playing a few notes on it for me to fall in love with it. One day perhaps!

What do you wish you knew about synthesis/synthesizers when you were starting out?

Nothing really, in addition to what I already knew. It has been an amazing journey with no regrets. I didn’t really experience a huge epiphany or defining moment halfway through, that would have wanted me to stop, go back, and ask for my money back. On the contrary actually; the deeper I got into it, the more enjoyable it became. I don’t think there are any limits that can ever be set with respect to knowing it all. There’s always more to learn and more to discover. If you ever meet someone who says they know everything about synthesis, just laugh out loud and walk the other direction real quick. 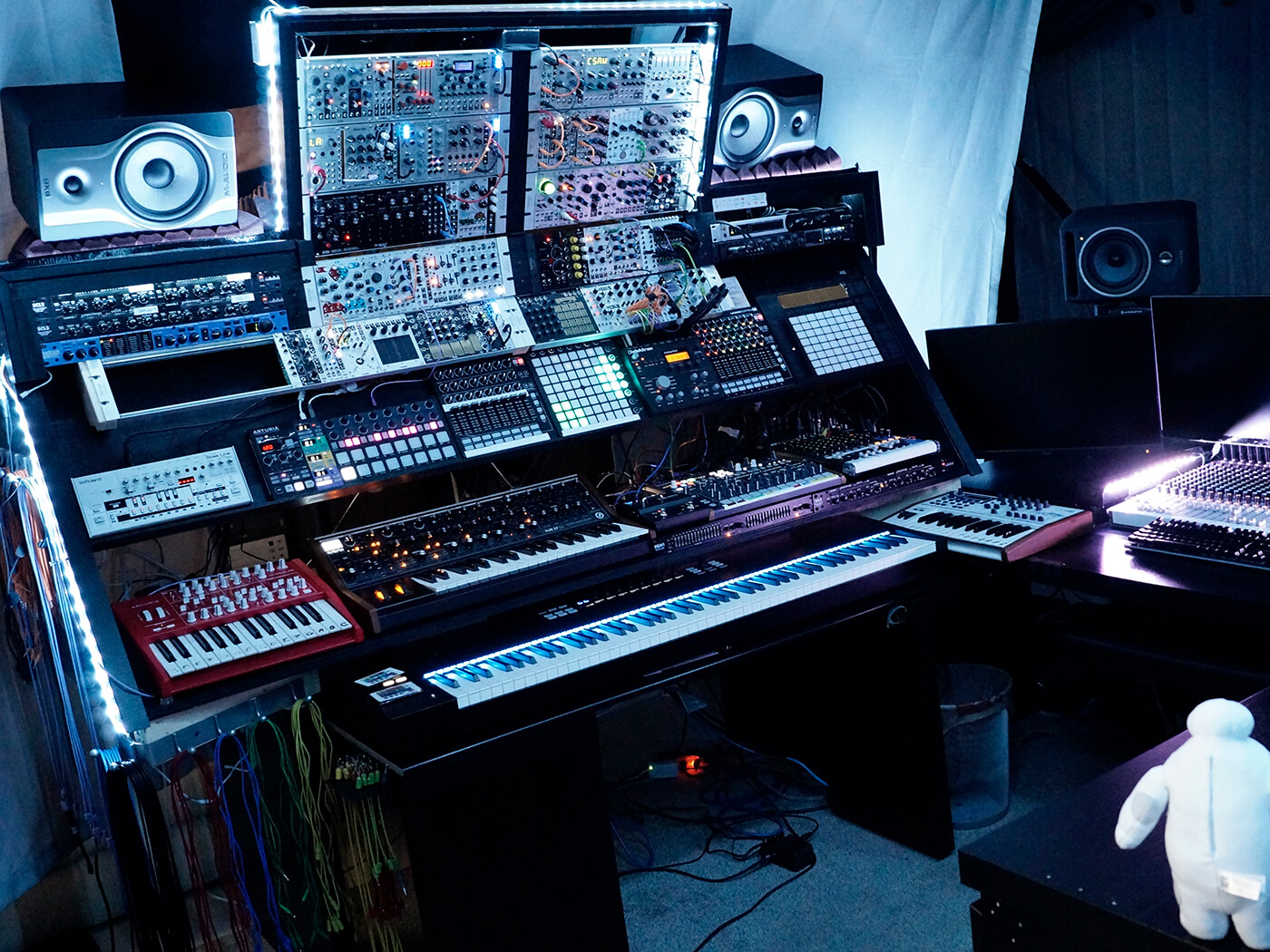 What is the one piece of advice you would give to someone starting out building a studio?

Take it slow. Study your options before pulling the trigger on any purchase. There’s virtually an unlimited number of good tutorial videos on nearly every piece of gear available, so you can do your homework. Once you do buy something, learn it inside out, and don’t allow yourself to get a new piece, until you’re fully familiar with this one. Even if you’re rolling in it… it’s just better this way! Same goes for VSTs; chances are your DAW already has a native plug-in that’ll do the job well, shiny doesn’t necessarily equal better. It’s all about knowing how and when to use which parts of your gear, and at the end of the day, your money may be better spent on something else, rather than a 147th compressor plug-in in your arsenal.