We’ve had such an amazing response to our Show Off Your Studio features that we’ve decided to highlight one incredible workspace every month. We’re kicking things off with Bert Ram’s amazing time-travelling set-up – with a dog – to show what difference three decades makes… We don’t recommend having your dog in your studio, but […] 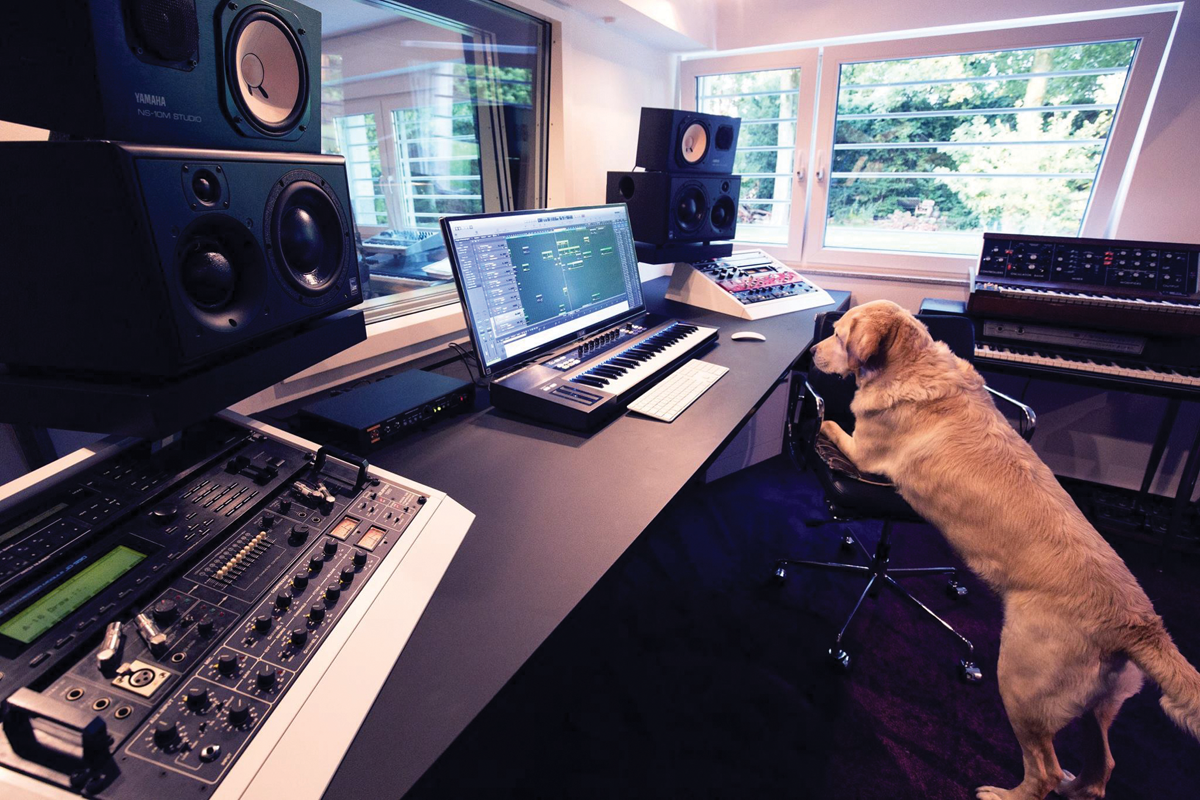 We’ve had such an amazing response to our Show Off Your Studio features that we’ve decided to highlight one incredible workspace every month. We’re kicking things off with Bert Ram’s amazing time-travelling set-up – with a dog – to show what difference three decades makes…

We don’t recommend having your dog in your studio, but this shot garnered more Facebook likes than ever before so we’re now actively encouraging it!

Our Show Off Your Studio feature has certainly set the internet alight, with great pictures of amazing studios and lots of discussion to go with them.

So successful has it been that we’re going to extend the amount of space we give to it, and also highlight one amazing workspace each month 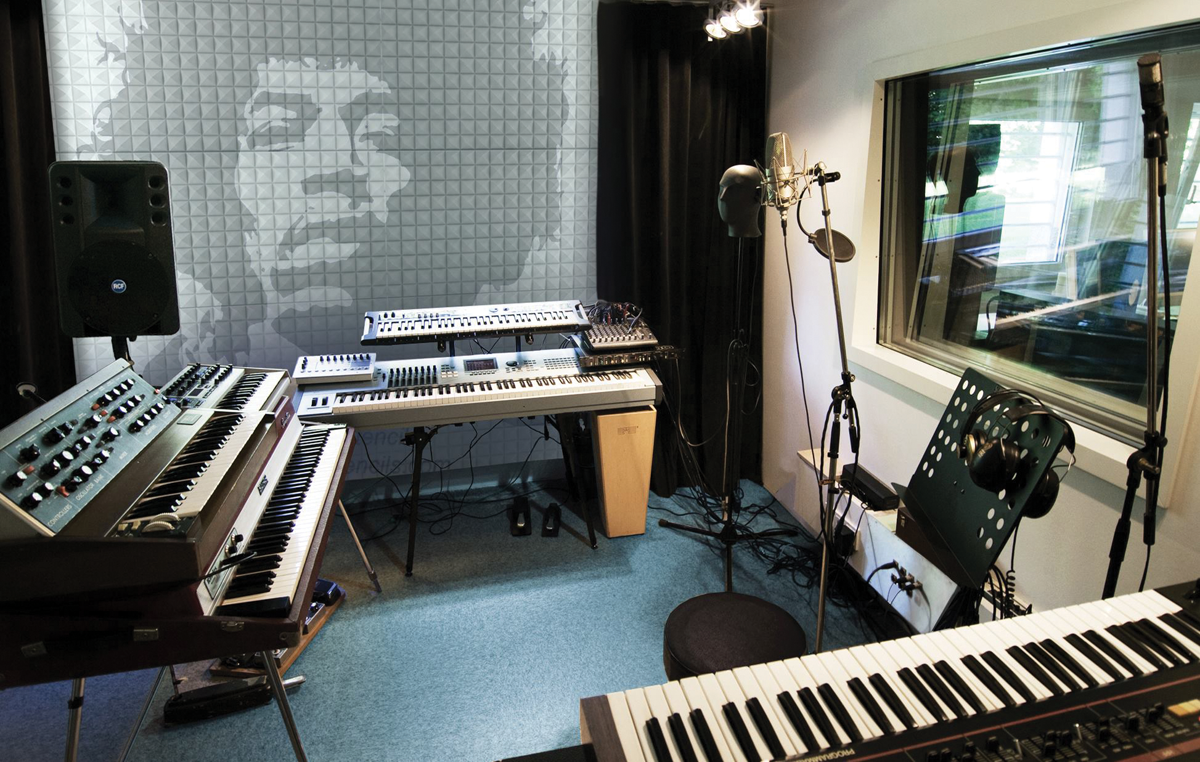 To start off, we’ve probably the most incredible studio ever, in that not only do we have shots of the great current set-up, but also the owner’s studio from 30 years ago, and so good is the 1980s shot that some people on the MusicTech Facebook page didn’t believe it was that old!

Bert Ram is the studio’s owner, and we’ll let him explain…

“I started my music career in the beginning of the 80s. Right at the beginning, my aim was to work in my own studio, and later this vision came true, as in the 80s I made demos in my own workspace. In 1989, I got my first record contract with Warner Germany, and my artist name was Roman (roman-artist.com). 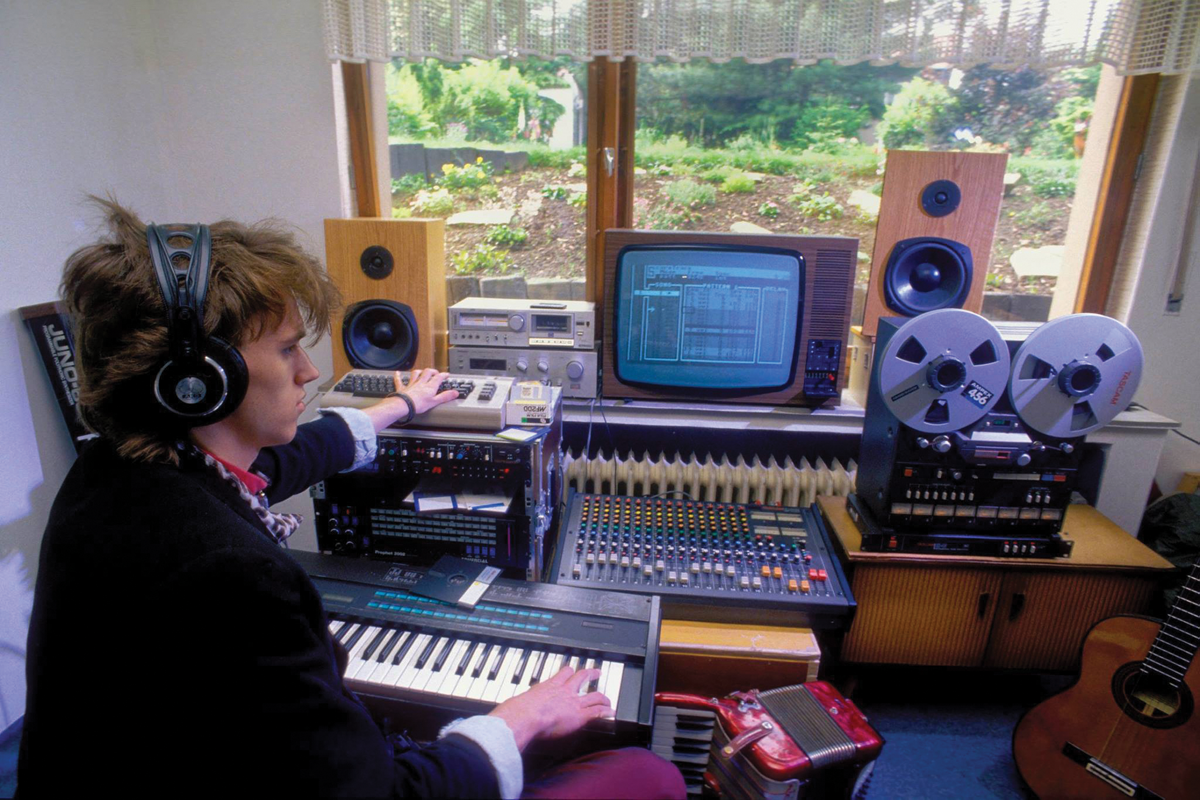 Bert’s original studio complete with DX7, Juno, reel to reel, plus an 80’s jacket and hair

The first album, Blue Moonbeam, was recorded in Hamburg and I prepared all of the tracks in my own studio. My equipment in those days was an SCI Prophet 2002; Yamaha DX7; Roland Juno-60 and D-50; a Tascam 8-track tape machine; my accordions, AKG C414 and Shure SM58 mics; and last but not least: all the musicians – Cornelius Borgolte, Olaf Scherf, Pino Palladino and Simon Phillips).” 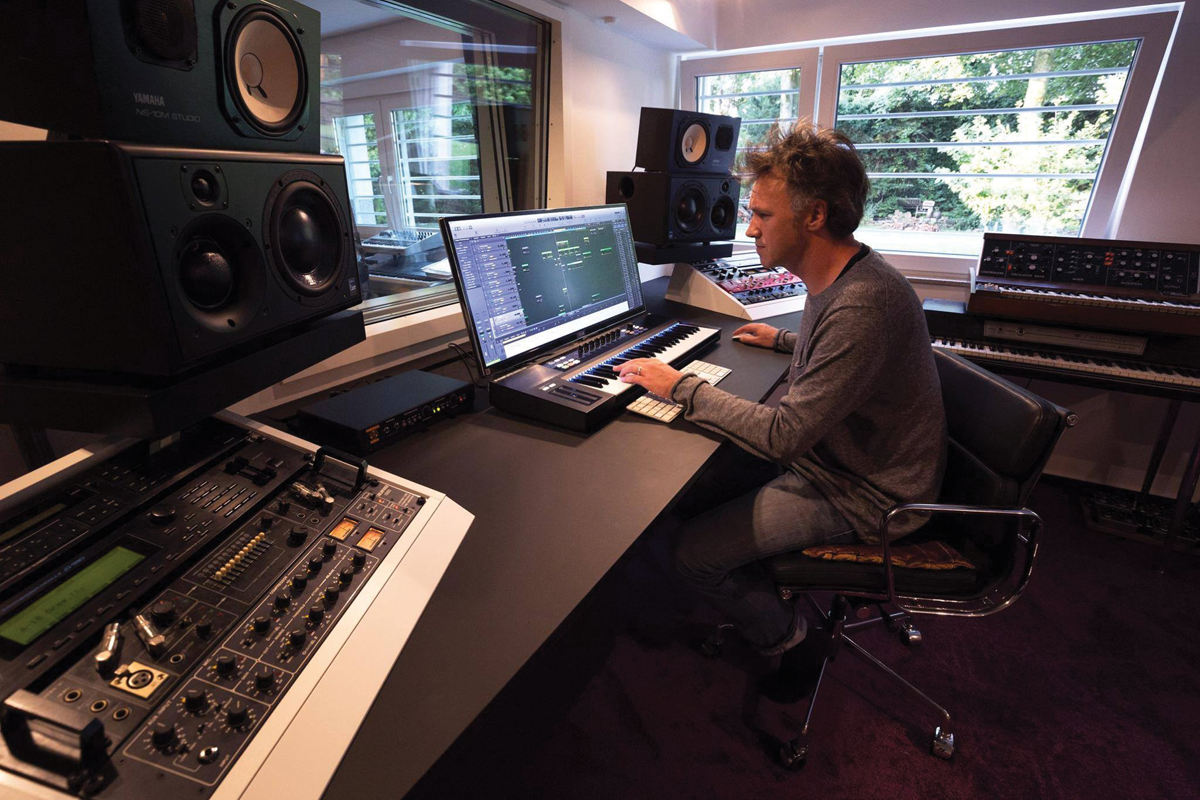 Bert in the studio now with far more gear – hasn’t he aged well!

So that explains the 80s set-up and photograph, but now it’s time to get right up to date with Bert’s studio. He had a successful career back in the late 80s and 90s, and has been just as successful penning music for the likes of Daimler Benz, Volkswagen and BMW. He fills in the story…

“In 2008, the quality of mixing in the box was still dubious, so I bought a Neve console 5088, serial number 3 – a great sound with a warm character. But after a few years, I missed the total recall I had with various generations of Macs, and decided that I could work without a console – no problem, as long as you have analogue stuff to record properly. 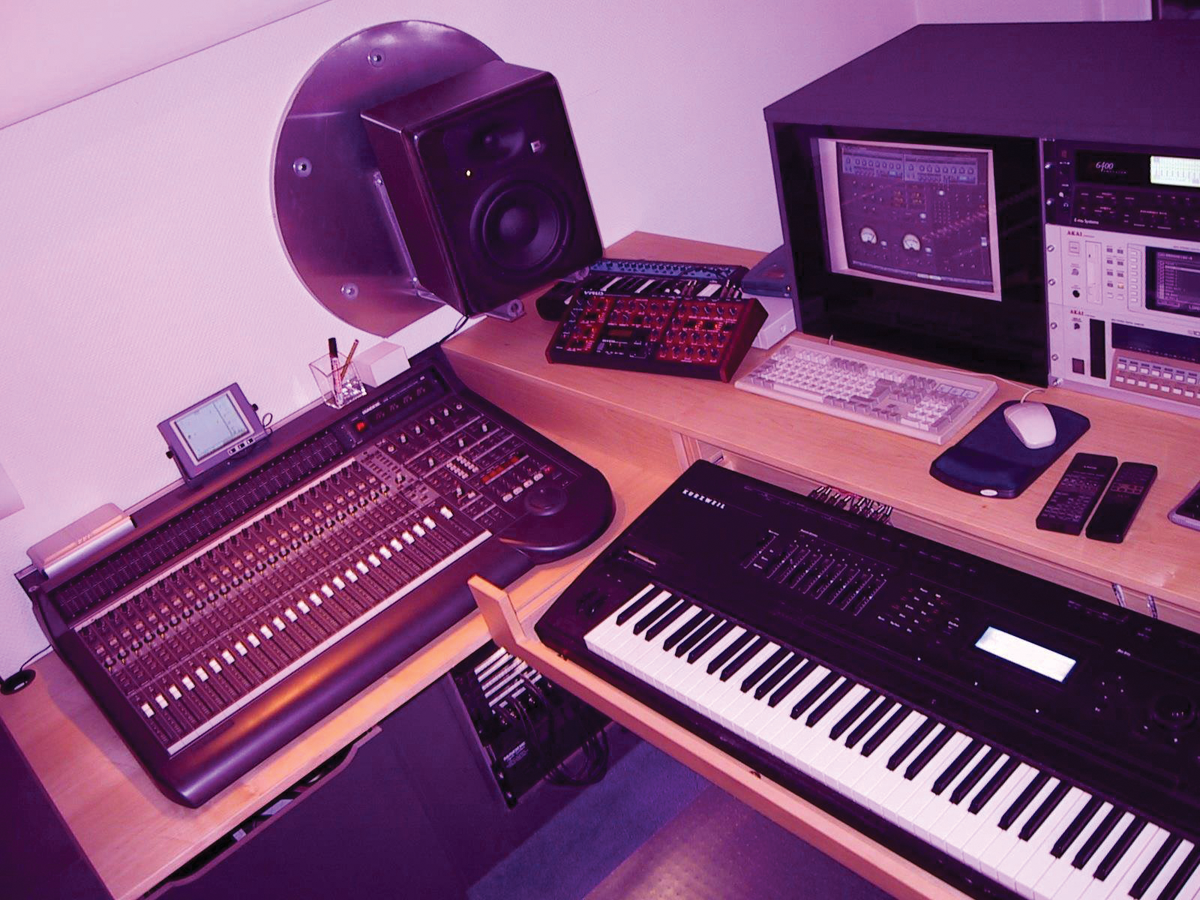 I sold the console and now I am a completely in the box and it’s perfect. I have a Mac running Logic X, and a friend (Marc Schlaile) gives me great advice on new technology, so today I love plugins but I have not forgotten to experiment with my Urei 1178, some Neve, Focusrite and API preamps and compressors and – of course – my old analogue instruments, like my Fender Rhodes, the Wurlitzer, the Minimoog or even my Crumar DS-2.”

We’ll have the full interview with Bert very soon!