We’re joined by Rasmus Bredvig, owner and head producer of Denmark’s Tapetown Studio, who’s passion for alternative styles has led to to the studio becoming an institution and part of a larger music community… Interviewee Rasmus Bredvig Position at studio Owner & head producer Contact rasmus@tapetownstudio.com Website Facebook | www.tapetownstudio.com Tell us a little about […]

We’re joined by Rasmus Bredvig, owner and head producer of Denmark’s Tapetown Studio, who’s passion for alternative styles has led to to the studio becoming an institution and part of a larger music community…

Tapetown is a studio dedicated to alternative styles, very often with the varieties of rock genres such as lo-fi, punk rock, punk, fuzz, garage, stoner, and psychedelic. We work with a lot of alternative bands nationally and increasingly more bands from abroad. Our facilities are located in the centre of Aarhus, Denmark. We’re actually a part of a bigger music community called Lydhavnen (Danish for Sound Harbour) that amongst others include ET Mastering & Gyraf Audio. We’ve been at this location since 2011.

Reaper. I’ve worked with numerous DAWs including Logic, Protools and Cubase. I shifted to Reaper back when those daws still had annoying features like freezing a track would take forever, and these small things each daw had.

A more tech-wise producer at the facilities I was working with had discovered REAPER when the creator made it because he himself was tired of these things. I started using it and found it really smooth and easy to customize to how I wanted it to work. And it had none of the annoying “flaws”. Since then, all these things have been fixed in the other DAWs.

But the reason I still like Reaper is because it feels more like one of those old cars that just runs forever – it’s not particularly fancy or pretty, but you just know it’s gonna start every morning.

I keep the most uninspiring skin on it, so it still looks like some grayscale version of Windows XP. I feel like it keeps my attention much more on what’s going on outside of the computer and automatically makes my ears more attentive than my eyes.

It’s the Valley People Dynamite compressor – I love that it’s so extreme. No prisoners taken. And I appreciate the sort of randomness to it.

It’s one of those things where it either just works or really doesn’t. And I’ve made a promise to myself not to acquire too much knowledge on the details of it because I want that randomness, I want to just turn the knobs and see if I hit some kind of sweet-spot.

Well, sometimes I tour with a band, so I’m away once in a while, but besides that I’m probably in the studio 5-6 days a week, I have no clue how many hours. That differs a lot. 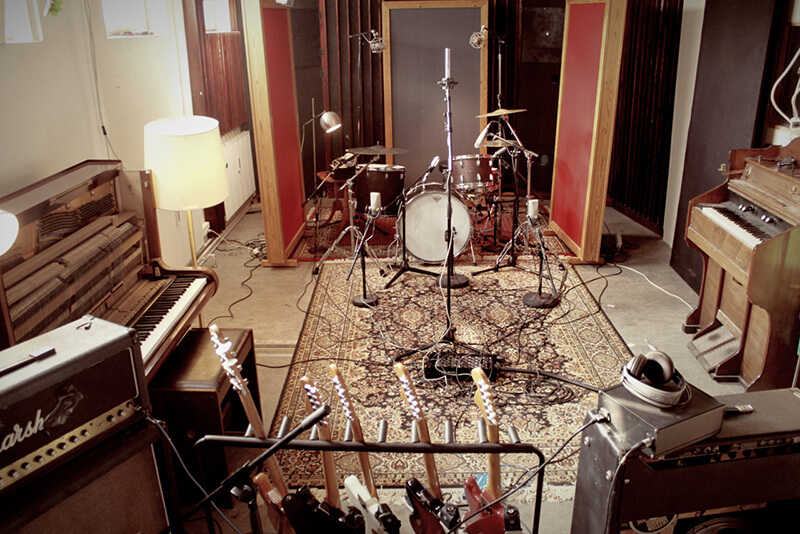 I make my living from the studio and music in general, and spend most of my time recording bands and artists or mixing.

Tapetown is a studio dedicated to alternative music, so we are very focused on what we work on. A lot of it is in the rock genres. For instance, I just did recordings for a fuzz/psych band on British Fuzz Club records, I’m recording for a punk rock/noise band next and after that – an album with a stoner/doom girl-duo on the Dutch label Subroutine.

We also have more alternative rock come by and lo-fi stuff. So it varies, but is all in some kind of connection to alternative or rock-ish stuff.

I’ve just purchased a 4-track Ampex 440 Tape Machine that we will be getting in June. It’s currently at a studio near Amsterdam, but the owner had it serviced and fully gone over in Los Angeles before he purchased it himself. He just didn’t need it more as he had moved into a different direction with his studio.

Anything annoy you about your set-up and why?

That there’s so many damn cables and it blows my mind trying to keep track of what goes where.

Luckily, we have some engineers at the studios who are amazing at this and way more technical than I am. Still, I would love for there to be less cables, but who wouldn’t. 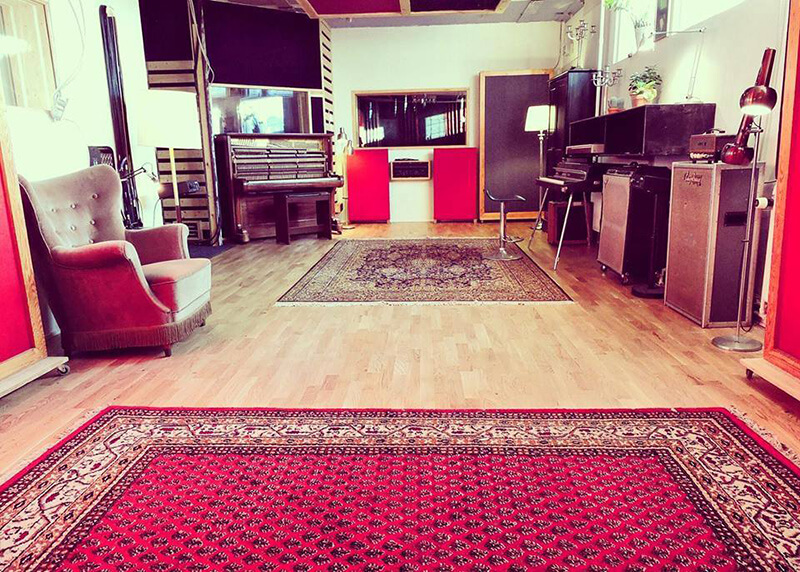 I think dream pieces of gear are probably always plentiful and ever-changing – everyone I know who works with music only has very few moments of “now I’m happy, I don’t need ANYTHING else”.

Two days later you’re going to read something, someone’s going to tell you about this new amazing piece of gear they’ve tried and you’re right back on it. Many times I’ve thought I was satisfied and then found a new piece of “dream gear” that I felt I wanted.

But I do know what I will be purchasing the next time, which is currently my dream gear. That’s 2 Distressors and a Neumann u67.

In regards to the kind of work I do in music, I would say to always remember that the people playing the music are 80% or more of how it’s going to sound like. Don’t be overly analytical about your gear and don’t get lost in what everyone’s getting excited about online either – there are plenty of people with very different ideas and taste.

Try to find out what you like, what kind of productions do you want to make and then just experiment, go from there. Remember that making music is supposed to be fun and intuitive. Listen to that intuition as often as you can.

Also, I remember when I purchased the G2 from Jakob Erland, the owner and brain behind Gyraf Audio, who is a good friend of mine and also has his workshop at the same facilities as Tapetown. I asked him why the steps on the eq didn’t have the frequencies written on them, and he said – “well, you don’t make music with your eyes. You listen to it.”

It’s easy to get lost visually in good looking vst’s, specs, and such. Just remember what it’s about. It’s about how it sounds like and how it makes you feel.

Go in stages. Don’t overthink the beginning, just get started and upgrade as you go. There will always be something bigger and better you can buy, always. So figure out what you need just to get started and make a plan for how you’re going to work your way to a bigger studio over time – both gear-wise but also business-wise. 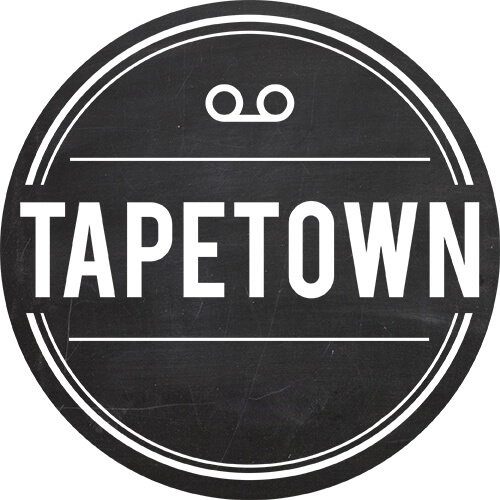