It’s about time we showcased another amazing studio! Get in touch via the MusicTech Facebook page to submit photos of your setups. This month, we take a look through a Black Mirror into the world of Rayo Road… Interviewees: Inés Bonet Photos: Black Mirror, Pablo Bonet and Marcos de Paz Contact: blackmirrormusic@hotmail.com MusicTech: Tell us […] 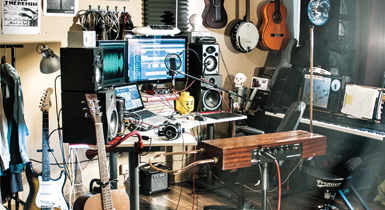 It’s about time we showcased another amazing studio! Get in touch via the MusicTech Facebook page to submit photos of your setups. This month, we take a look through a Black Mirror into the world of Rayo Road… 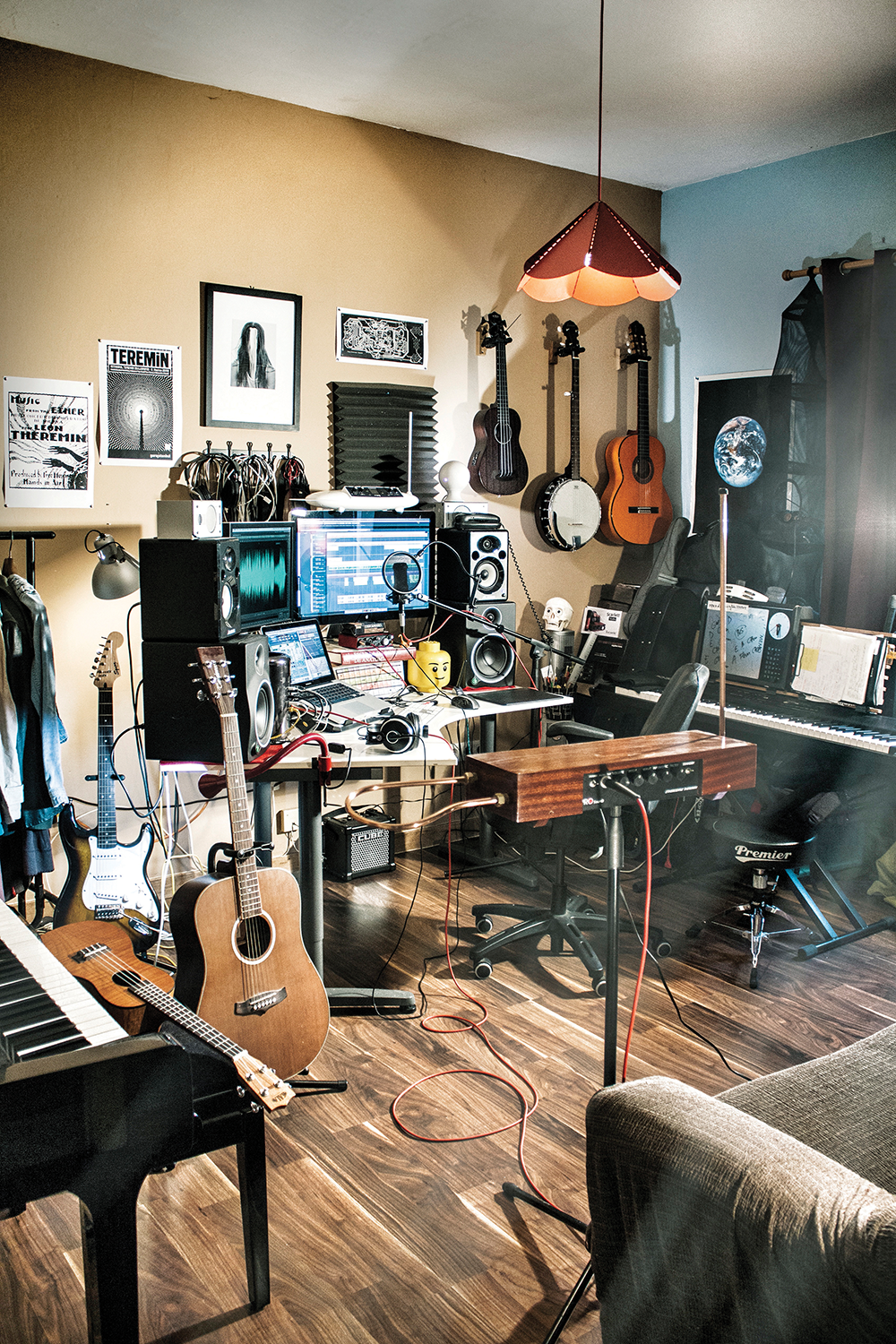 MusicTech: Tell us about your amazing studio?

We are Inés Bonet and Arsenio Cavada, two friends making music for fun; we work in our studio Rayo Road and the name of our band is Black Mirror (soundcloud.com/blackmirror-music). We create songs and upload them to our social networks. Rayo Road doesn’t work with any other bands and our professional life is not related to music. We recently released our first album No Colours For Concern on the label El Hombre Bala Records in Tenerife (Canary Islands).

MT: And the gear?

The main components are an Apple Mac Pro computer, Mackie MR6 MK3 and Alesis Elevate 5 studio monitors; a Focusrite Scarlett Studio 2i2 audio interface and an Audio-Technica AT2050 condenser microphone. We have a few musical instruments: a Yamaha U1 upright piano, Roland RD-300SX keyboard, a ProSounD Argentine Theremin, a Moog Theremini; several guitars, among them a Martin D-28 and Tanglewood TW28 acoustics; and a few other string instruments such as a ukulele, a timple, a banjo and ukulele bass.

We currently use Steinberg Cubase and Propellerhead Reason, via the ReWire protocol. Cubase is a truly complete, powerful and intuitive DAW that works ideally, combining MIDI editing, audio recording, sequencer and mixing tools –but Steinberg also includes very effective native plug-ins which allow you to really minimise the use of external VSTs. 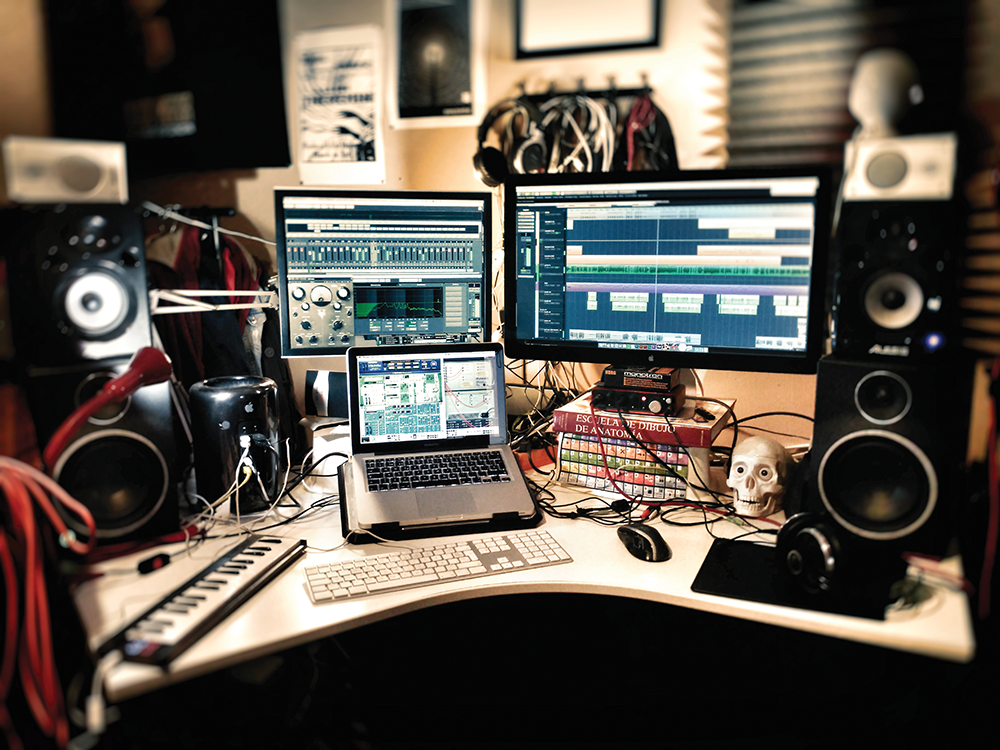 Reason is also an excellent piece of software, which we haven’t wanted to do without. It’s very light in terms of hardware power consumption, but it’s surprisingly powerful. It has gorgeous virtual devices which are amazing and versatile, offering endless possibilities. Unlike other software, where the sounds of the presets are not very flexible, in Reason’s synthesisers (in particular the Malström Graintable Synthesizer), they’re just the raw material to start modelling your own exclusive and personal drones.

MT: Favourite gear in the studio?

It’s hard to favour a single piece, as each one plays its own role, making everything work. It would be unfair to ignore some instruments because of their apparent lack of charisma, as they often do the hard work of giving support, depth, thickness or rhythm. But it’s true there are some ‘star instruments’ which suddenly appear, parting the sea to cross through the waves.

The Theremin is particularly remarkable on this score. It’s the first synthesiser in history; the only instrument that is played without being touched; an electrical and emotional ghost that sends a chill down anyone’s spine. It’s truly magical, but it always needs the support of its more earthly mates.

I dream of things which are not for sale – personal abilities, which don’t depend on money. The truth is that the material equipment is what matters least, although its quality is always valuable.

I’m not one to give advice, but if I had to start building my own studio now I’d be careful not to fall into aesthetic temptations or fleeting whims. I’d focus on functional and necessary things. Less is more.

Our studio is quite imperfect in terms of acoustics. It’s not well isolated and our recordings are often accidentally accompanied by wild and domestic animals: birds, crickets, dogs etc. In fact, we don’t perceive these contributions as drawbacks, but we try to include them, sometimes even emphasising their presence, like in our track The Song Of Crickets. Another, Satin Gloves, features Loki (a nice dog) and the neighbour’s birds provide a spring mood in so many other tracks. We think: “If you can’t beat them, join them.” 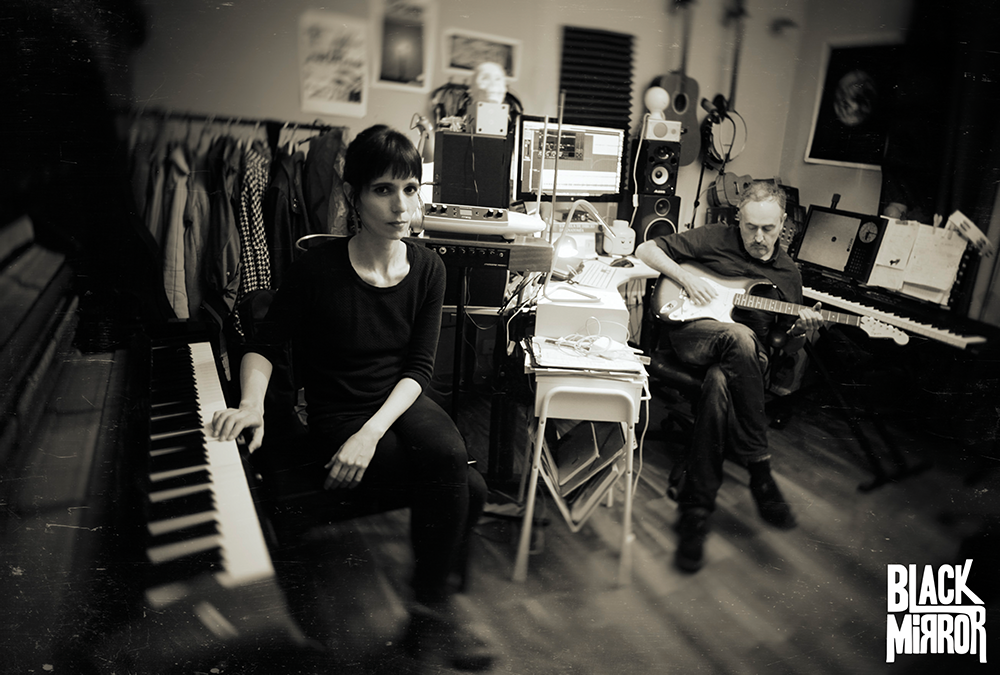 Also, we are always accompanied by a plastic skeleton; its skull wanders around the studio and we usually joke that it is what remains from the last mix engineer after finishing our previous track. The mix is ​​always the hardest part, especially if you are self-producing. It’s hard to find a right balance, without a feeling that you’re sacrificing details you worked out with total passion.