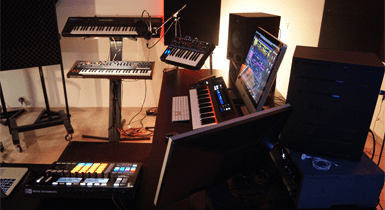 We’re kicking off the new year with a chat with Belgium-based Eric Baumont (Darill), whose credentials include a single used by American wrestling duo “War Machine”… 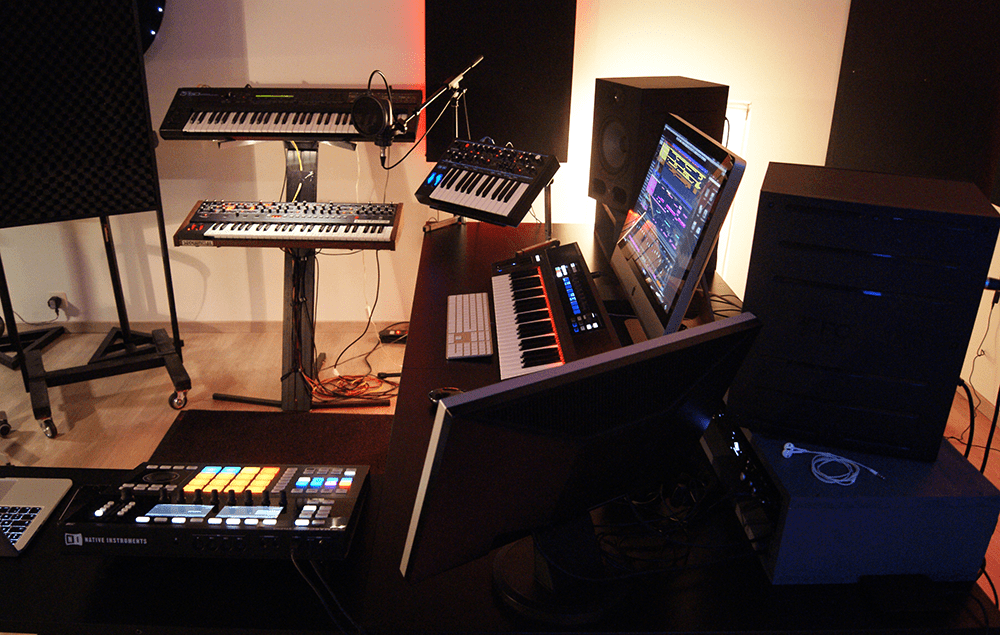 My studio is located in the city of Seraing in Belgium. A year and a half ago, I bought a house with a large shed and I designed and built this room. In the early 2000s, my first home studio was set up in a small room in the garden. Here, the insulation is much better and just a corridor separates the studio from my home. It is a luxury to be able to work in the evening without going outside and without disturbing my wife and the neighbours.

What gear are you working with?

I work on Cubase. I have acquired a good workflow over the years and it really meets my needs for creation and mixing. I just updated my version 8.5 to the latest version 9.5. There’s some really cool new features and the work process is much faster, especially with more efficient navigation between different hard drives and sound banks.

My Prophet 6. A dream for years to own an analog! It’s really a pleasure to play on this synthesiser. The keyboard is quality. A solid and robust design. It sounds modern, but also vintage. The possibilities of sound design are huge! 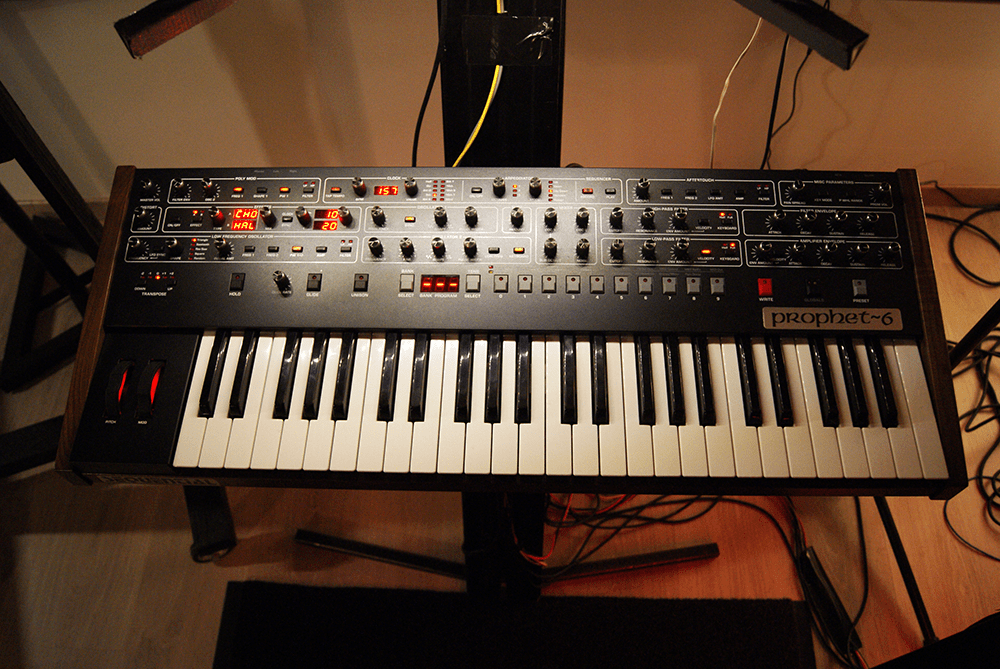 Between 4 and 10 hours every day. It depends on my main job during the week. On weekends and when I’m totally free, I like to create, make sound design and write songs during the evening. For mixing it’s more during the day when I’m well rested.

How do you use your studio as in are you recording bands, working professionally or just making music for fun?

I use the studio mainly to record my albums for my Electro Pop project “Darill”. I have more and more requests for productions and remixes for other artists. I signed a contract for 4 songs with a publisher in Paris (France) renowned in the audiovisual world. A compilation with several artists has been distributed in 20 countries. 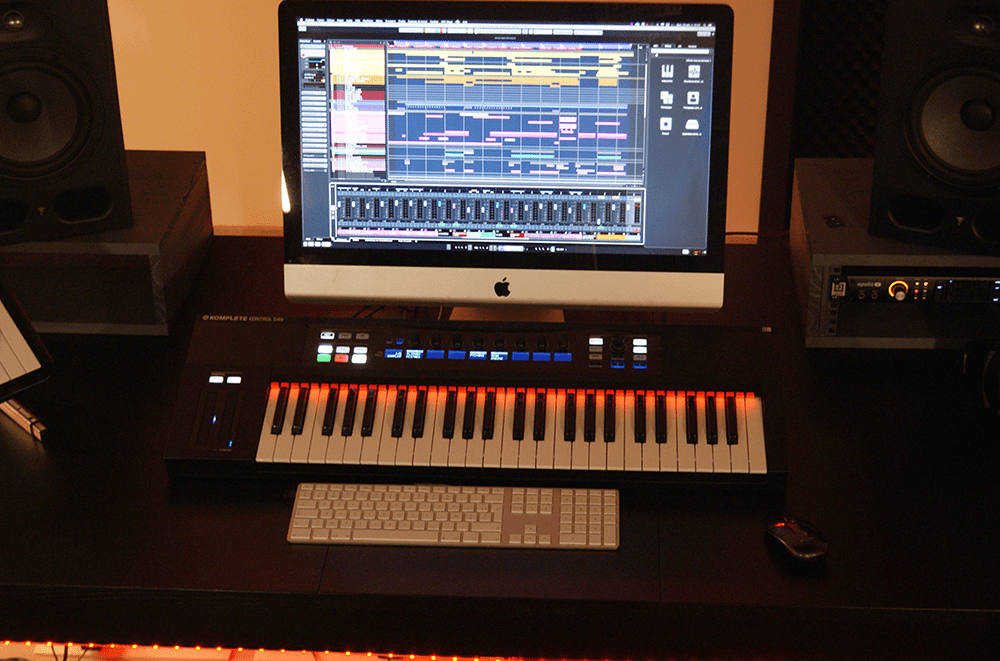 Since 2014, my song “Blood and Tears” is used by American wrestlers “War Machine” as official music for the “Ring of Honor” and airs every fight of the duo! Some of my titles have been used in television advertising. But for now it’s not my main job, I’m still working in a different field.

Improve the acoustics of my new studio and a mixer to control my DAW.

Anything annoy you about your set-up and why?

I do not have a booth for voice recordings. I think it could improve the recordings, especially with the noise of computers and when there are several people in the studio. Space is planned for the future.

Telefunken microphone AR-51. it adapts to many styles of voice. If I had a lot of money, barefoot monitors and a collector’s item, a Roland Jupiter 8 in very good condition

My production advice would be to listen to great producers of all generations and styles of music, analyse and understand the structure and arrangements of a song. Stay creative every day and do not be afraid to break your habits and try new techniques over and over again. 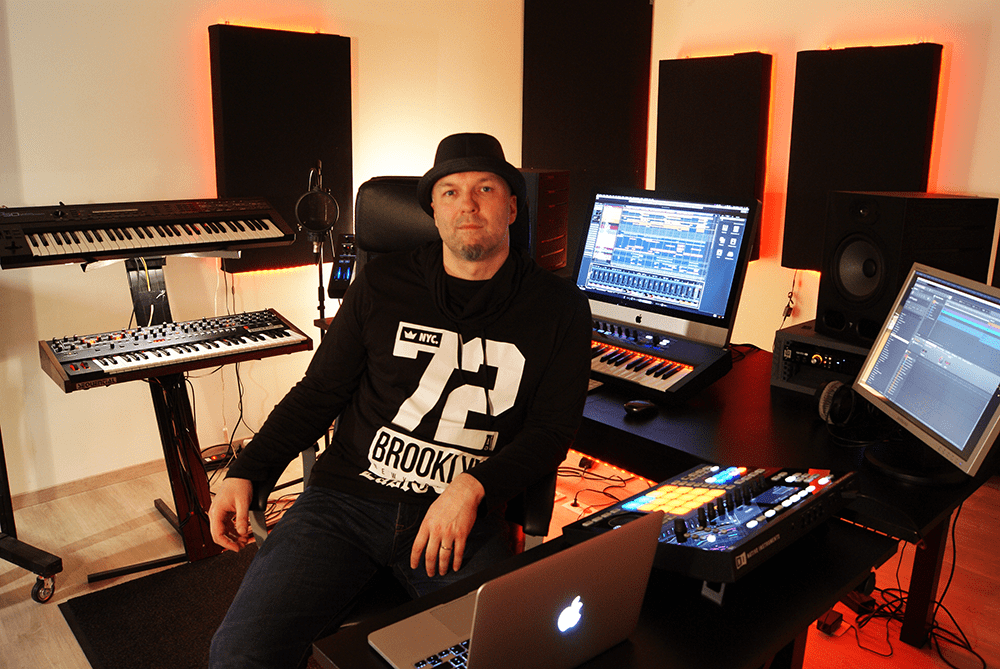 Do not neglect the acoustics of his room. Better to invest in a good treatment than buying a pair of expensive monitors.If space permits, do not place your workstation too close to a wall or corner. Take the time to know his DAW and mixing techniques before falling into the syndrome of compulsive purchase of gear.