Steinberg is at the cutting edge of online collaboration with its VST Connect system. We talk to founder Charlie Steinberg and software designer Michael Spork about their vision… MusicTech: Music technology has changed massively since you first got involved in the business. How do you think the internet has changed the way we produce music? […]

Steinberg is at the cutting edge of online collaboration with its VST Connect system. We talk to founder Charlie Steinberg and software designer Michael Spork about their vision…

MusicTech: Music technology has changed massively since you first got involved in the business. How do you think the internet has changed the way we produce music?

Charlie Steinberg: In a way it’s only just starting to have more and more impact. Musicians are still happy on their own, but they use mobile technology more and also connect across the internet. The good thing is that you have a choice when to communicate with other musicians, or record somebody in a remote location just as if he or she was next door.

Professionals use it more and more because it obviously solves a lot of logistical problems, but also find out that performers feel more comfortable when performing at home or in the studio they know.

MT: Was a technology like VST Connect something you always envisaged might happen one day? Was international, real-time collaboration between musicians always a goal of yours, or did it only become a firm idea once the internet had appeared and got faster?

CS: There are so many aspects of how the internet adds to possible actions, not only real-time but also cloud, collaboration and social networking. We did envision some of what happens today back in the 80s, when we first used email technology – that was long before the internet as we know it today. Some of what we envisioned became true much later than we thought.

An example would be video on demand, which has only now become big business while it was obvious to us that it’d happen but we expected it much sooner. ResRocket would initially only work with MIDI, but nowadays sending audio across the web is a cinch. When we started to work on real-time collaboration, we thought it would be well received much sooner than it did, but now it’s taking off and there’s certainly more to come.

MT: Is mobile technology likely to replace ‘real’ computers any time soon? As good as iPads are, most people still turn to the desktop machine for really serious production work.
CS: The MS Surface is a good example of how a tablet can replace a desktop machine. For instance, for live performance, if it fits your requirements (and it’s quite capable already), you can put it on the keyboard, connect an interface via USB or even use its internal audio output and you’re done.

I guess tablets will become more and more capable – as in that example, when the physical circumstances are beneficial, they can replace a desktop computer. This becomes even more true when other paradigms change: for instance, I would never want to write this on a tablet, but speech recognition and control may soon change this, as well as other developments which change the way we deal with these stupid machines! 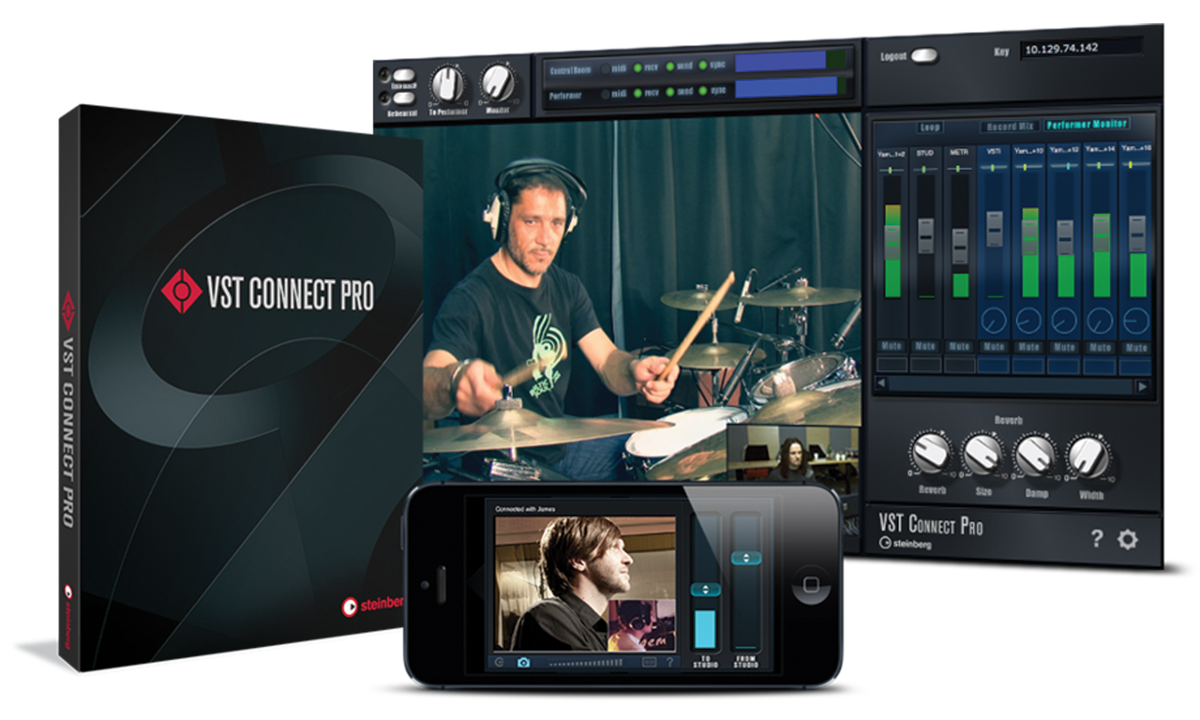 MT: Do you see a time in the future where internet connections are fast enough to remove every barrier to real-time intercontinental recording? Is this possible now on a superfast network?

CS: No matter how far technology evolves, and as long as Einstein is in the right, it’s simply impossible to achieve that with a satisfactory latency. Technology poses at least 10 milliseconds in each direction and it only gets worse because of increasing traffic.

But even if we assume that the internet doesn’t apply any latency whatsoever, there’s the limiting factor of the speed of light. From Berlin to New York, considering that information travels at the speed of light on a straight, unbent cable, it takes more than 20 milliseconds in both directions. Add to that latency on both ends due to audio hardware and you easily end up with a latency of more than 50 milliseconds – again, this is if the internet itself were to be without any latency.

So even with the most advanced technology and best connections available, you’re faced with latencies of 60 milliseconds and more. So unless Einstein is proved wrong this will never be possible no matter how much technology is improved.

MusicTech: Can you give us an insight into what’s been updated and what’s new in version 3 of VST Connect?

Michael Spork: The main focus was to integrate VST Connect more deeply into Cubase Pro 8 to provide a better workflow, so now it only takes one click to add VST Connect to your current project.

These days, many users are working with multiple monitors. To give these scenarios more flexibility, we’ve added a new floating video window. And if one wants to provide a performer or engineer with some text notes or audio files, this is now possible too: you can simply drag and drop files to them.

Users asked for FX support on the performer side, and we’ve added that. And we’ve re-designed the UI: so if you like, you can change the editor to show a big mixer. 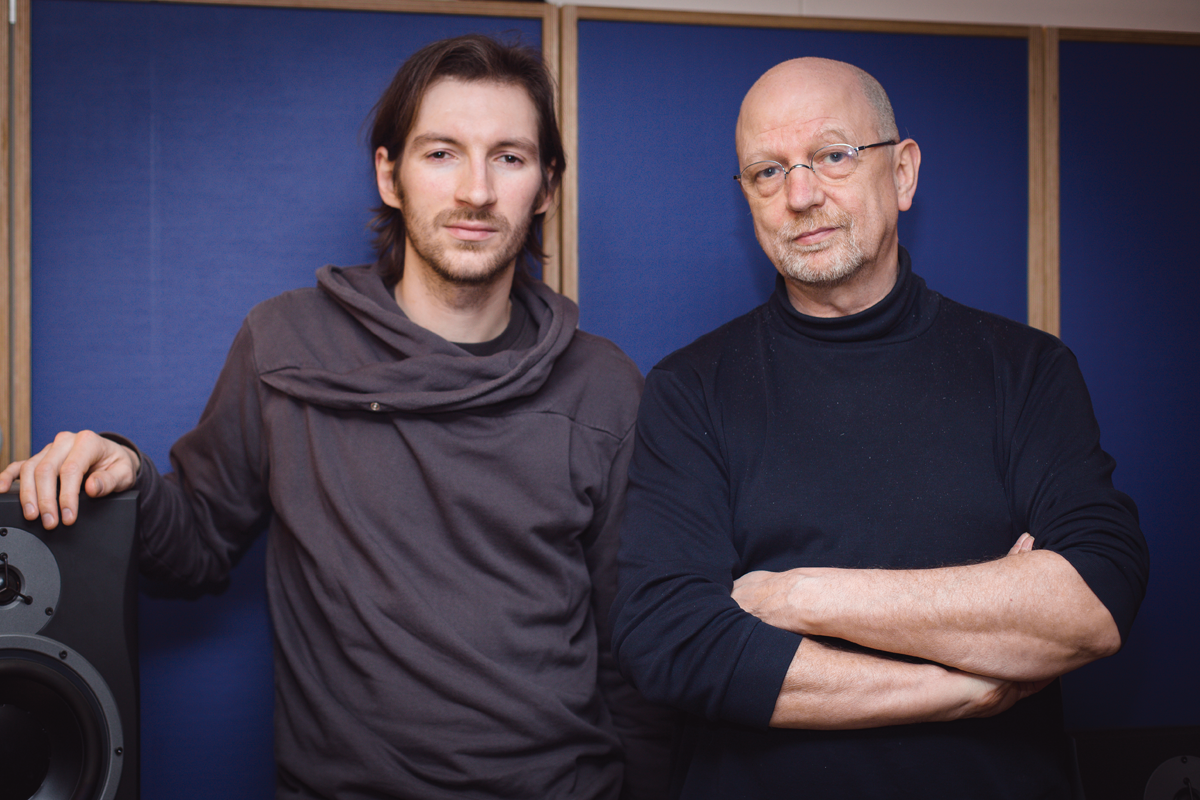 MT: What are the biggest challenges in building an efficient online collaboration system?

MS: The engineer and the performer should feel like they’re together in one room or in a recording studio. To get them there, we have to ensure that both of them don’t have to handle all those technical features or technical traps.

The engineer should have an easy workflow to get VST Connect up and running in Cubase, and the performer then only has to enter the key to enter the virtual recording room. And, of course, it needs sample accurate recording. Which is another important point! VST Connect has that…

MT: We already have the brilliant Studio Pass, but do you see a greater role for iOS apps in future?

MS: Yes, I do see a greater role for iOS apps, and it’s all about the performance. Let’s take the iPad as an example. The performance of an iPad just gets better and better with every generation. We’ve also released VST Connect Performer for the iPad, and it’s great. The app runs two video streams, records and plays back audio, sends data to and receives data from the net.

This is a lot to handle for machines still in a maturing age, but it works smoothly. It is already possible to record over the net to Cubase and, of course, Cubase is doing a great job on the iPad. Only a few more jigsaw pieces need to be put together and it’ll be possible to combine the desktop and mobile world for online recording.

MT: What tips would you offer to users of VST Connect to really optimise their systems for the best collaboration experience?

MS: We’re trying our best to give you an optimised system, but my one piece of advice is: if you’re going to start recording with VST Connect, please don’t run any net applications, such as mail clients, or browsers, in the background.

MT: This is already the third version of VST Connect Pro. Where’s the journey heading?

MS: There are many interesting directions we’re investigating for the future of VST Connect. We’re getting a lot of feedback from musicians and post-production studios in particular that will definitely influence our next steps.