Show off your Studio – Part Sixteen

If you want to show off your studio – as these folks have – just send us a picture via the MusicTech Facebook page and we’ll get in touch with you… This month, possibly the greatest looking studio ever! Pistol Reklambrya Interviewee: Patrik Pistol Contact: patrik@pistol.se Tell us about your amazing space… The small studio […] 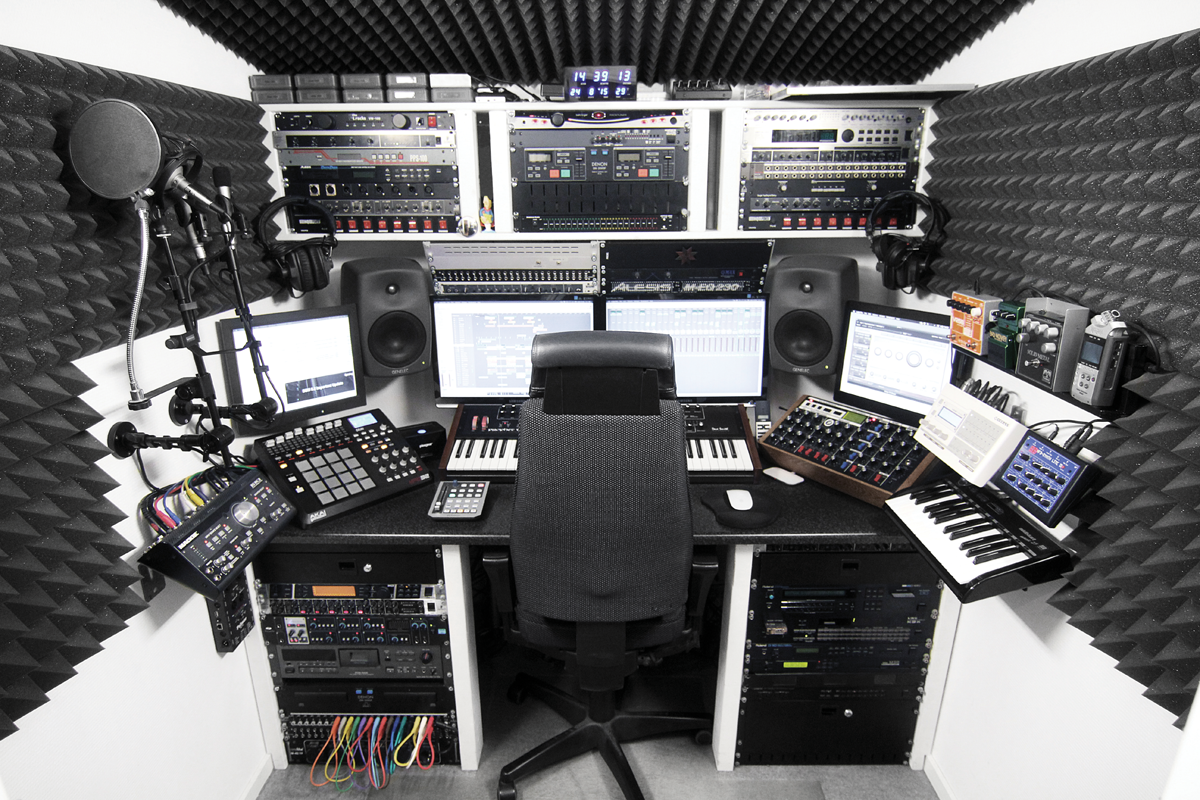 If you want to show off your studio – as these folks have – just send us a picture via the MusicTech Facebook page and we’ll get in touch with you… This month, possibly the greatest looking studio ever! 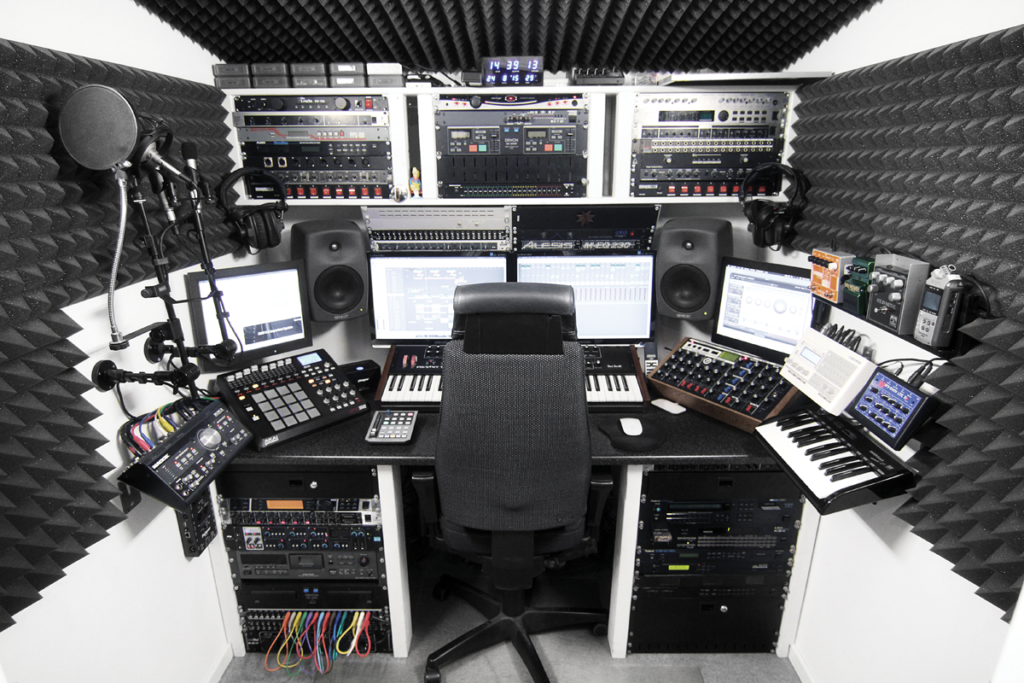 Tell us about your amazing space…
The small studio is located at the bottom floor inside of a townhouse from 1961 in the suburb of Farsta, south of Stockholm. It’s a typically Swedish, family-friendly region about 15 minutes from central Stockholm and I live there with my wife and two daughters.

The studio room was first my wife’s walk-in closet, so I had to do some really hard negotiation with her to get my hands on it. The sacrifice was huge, but it was worth it.

My day job is to work as a marketing consultant with different companies in Stockholm. I pay my bills and drive my kids to school in a Toyota hybrid hatchback. But when I put myself in my ‘cockpit’, I transform into a secret underground agent – that’s how it feels, anyway! Maybe it’s a type of ‘man cave’, but without the draught beer, televisions and soccer scarfs. When I sit there with all my machines and let the creativity flow, I feel like a different person.

The ceiling was lowered, tilted about a metre and filled with old children’s clothes, to work as a sound absorber and bass trap. I was really lucky to discover that the walls weren’t parallel, as they won’t generate standing waves in the small room.

I also had to drill a hole 10 centimetres in diameter through the 30 centimetres-thick concrete wall for all the cables to my Mac Pro, which is in the room next to the studio, so it’s totally noiseless – my wife wasn’t so happy with that, either. The hole also works as a ventilation pipe.

There are three important things in the studio that I should mention, aside from the gear. The first one is the little circular rear-view mirror I’ve placed strategically above my left screen. It protects me from silently tiptoeing offspring, who are attacking me from behind.

The other thing is the little plastic, colourful and misunderstood Cacofonix (from Asterix). He reminds me that not everybody will appreciate your creations and gives me the strength to go my own way. He also plays a wonderful miss-tuned melody if you press his lyre. The third thing is ‘The Big Switch’. It’s a power switch for the whole studio that’s placed in the ceiling at the entrance, so you don’t hit it by mistake).

I’ve also got a fantastic, homemade talk box that I made from an old guitar speaker, a plastic tube and arena horn driver, which I found. You can make perfect Daft Punk-style talk box sounds with it. 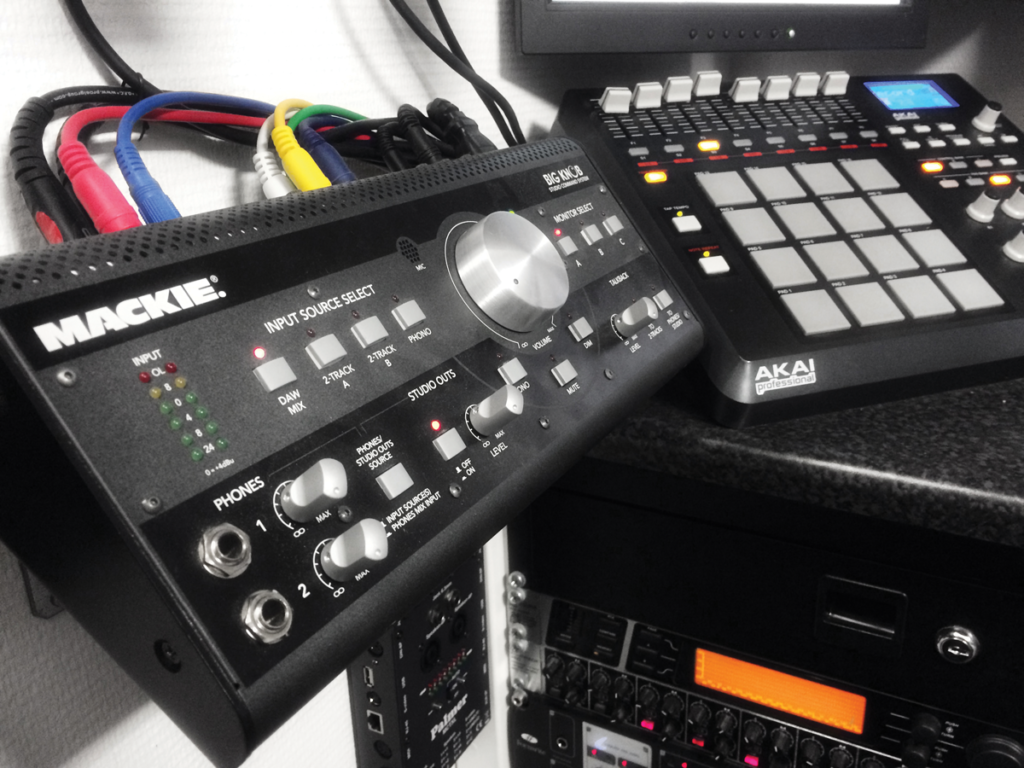 Controllers for monitors and beats

Amazing! So tell us about the gear you have in there…
I use the analogue synths – Moog Voyager RME, Prophet 08 – and the Virus. Most of the other synths and outboards are just collecting dust. But they look cool.

Which DAW?
It’s Logic 9 and X. I used Cubase before but I felt that Logic was more stable and, somehow, used the CPU more efficiently. I feel more at home in Logic.

Favourite piece of gear?
It’s not a big surprise, really. It’s my Moog Voyager RME. It delivers that high-quality, fat and warm sound that I really love. I use it for all my productions and to make my own instruments (pistolinstruments.com). 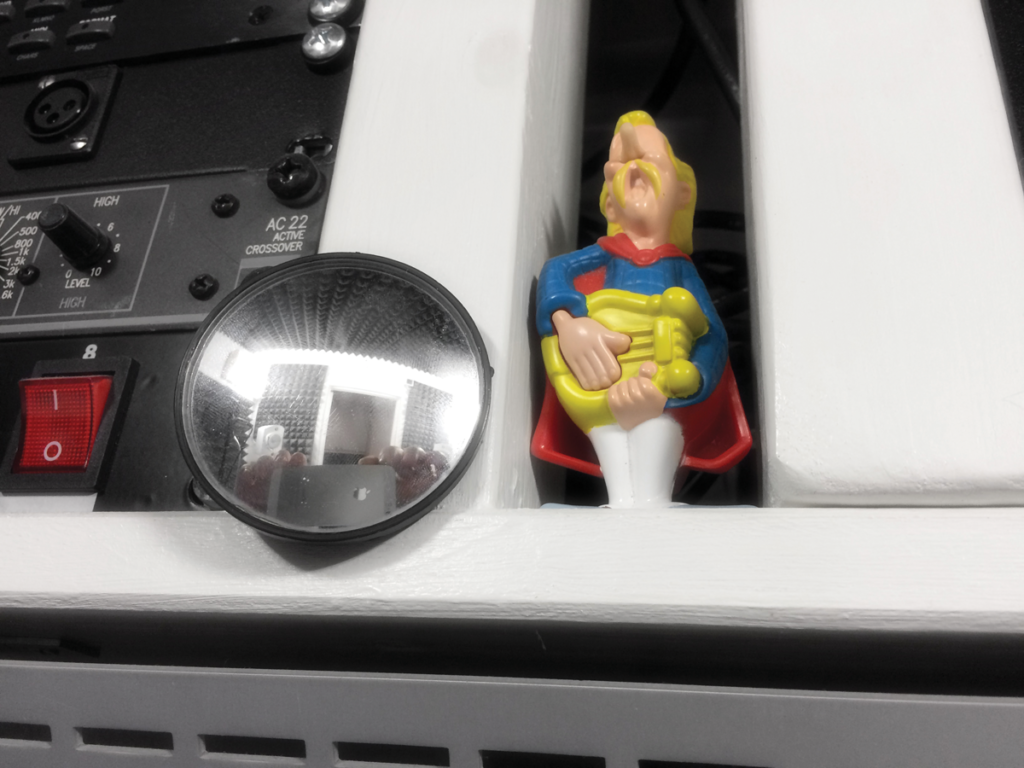 How do you use the studio?
I use it in my ‘day job’ when I’m editing video, recording speakers for radio commercials, composing jingles or music for marketing. I also make songs just for fun. I never know how an idea will turn out.

Next buy?
I’m sorry to say that I have no more room for equipment – two square metres is a little limiting – but I think I can squeeze in a Roland MKS-80 or a Devil Fish TB-303 ifI get my hands on them. 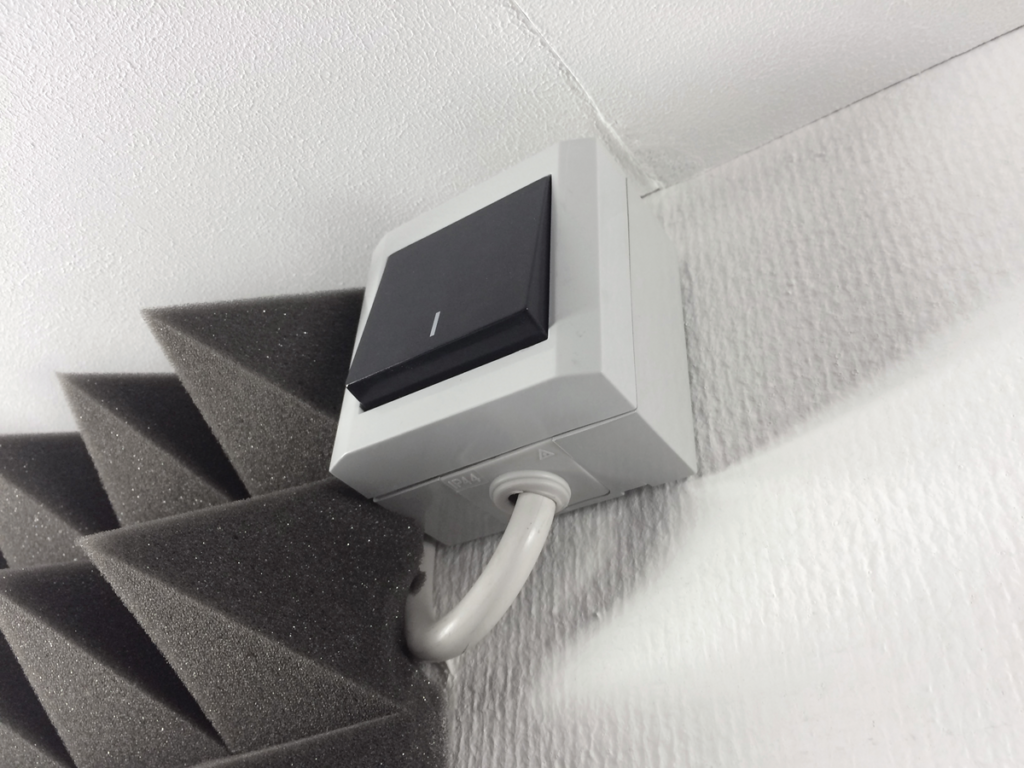 Anything annoy you?
The heat in the summer can be unbearable. I’ve a homemade ventilation system but it can’t handle the pressure when it’s too hot outside. The small space makes it impossible to record bands or large instruments.

Dream piece of gear?
The Synclavier II sounds amazing to my ears, or a heavy Yamaha CS-80 would be nice.

Any advice?
As always, get your listening right. Use absorbers and diffusers to minimize the ‘room sound’. Make sure there are no parallel walls that make standing waves. And my best advice is, of course, to make it look cool. Because it will help your creativity a long way. 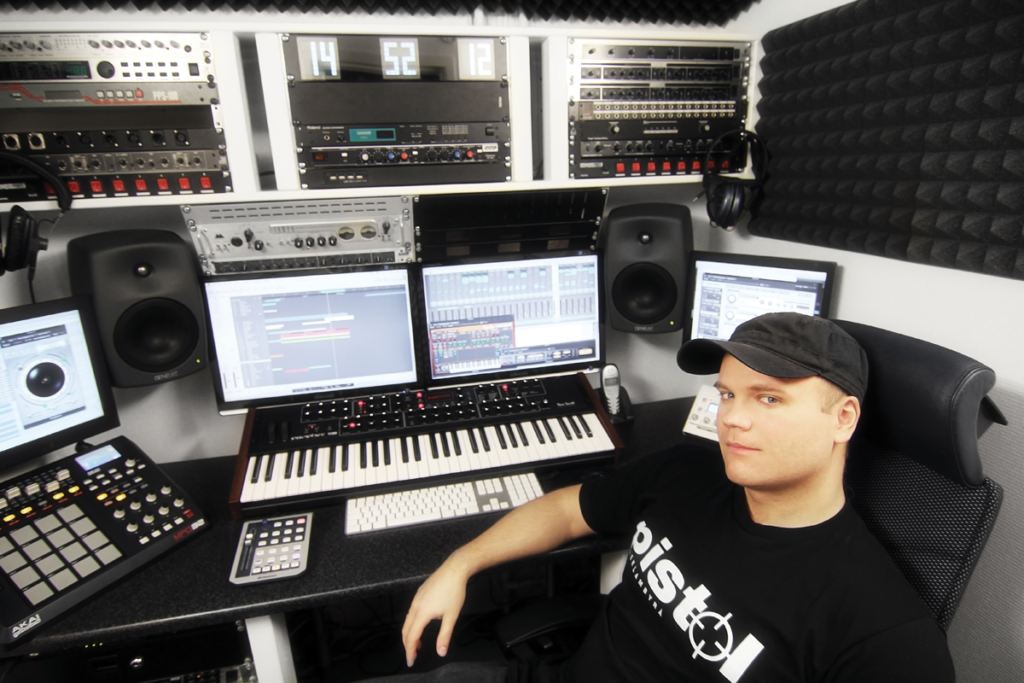 Patrik in the cockpit 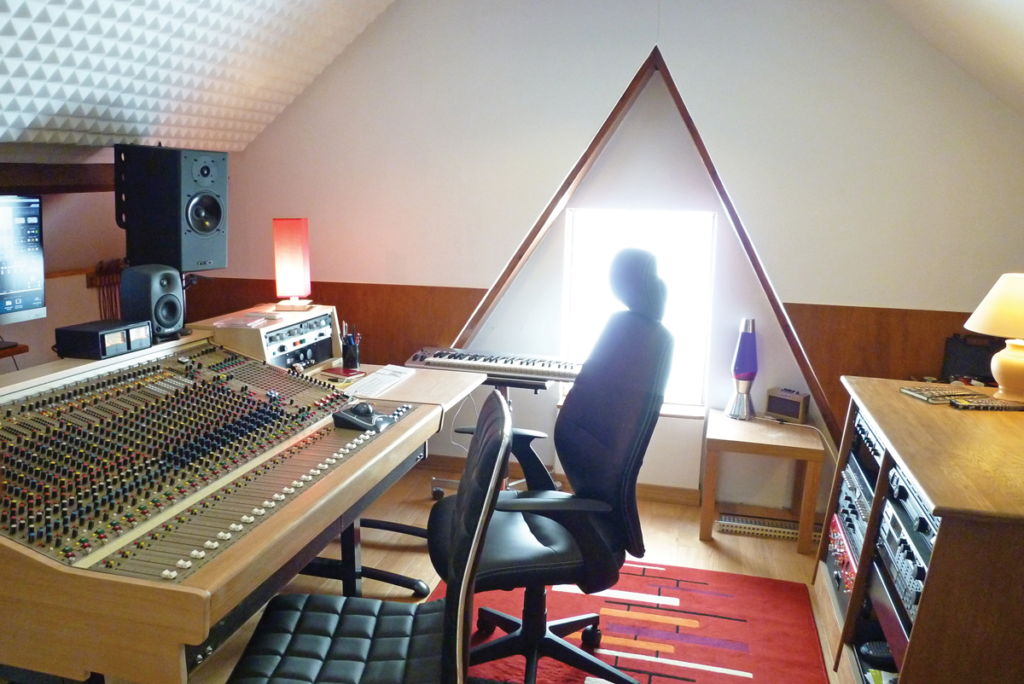 Which DAW?
Pro Tools 11 with UA Apollo interfaces. It’s the industry standard and sessions are easily transferable from any pro studio.

Favourite gear?
The console was mainly used on West End shows and its fantastically warm analogue sound makes up for the lack of features. It’s the closest to a Neve for a quarter of the price! I’m lucky to have its designer, Anthony Waldron, maintaining it for me.

How do you use the studio?
I work with solo artists and bands. I don’t have hourly or daily rates as it’s part of the package working with me.

Next buy?
Some expansion packs for my Superior Drummer software, to widen the sound palette.

Anything annoy you?
Mixing out-of-the-box makes total recall for a session difficult – you need to make notes of your settings.

Dream piece of gear?
The Bricasti M7, the best sounding reverb ever. I wish I could afford the full system with the remote.

Any advice?
It’s better to spend money on acoustic treatment than fancy speakers as you won’t get the benefit of them in a bad room. You need to be able to trust your room to make accurate decisions. 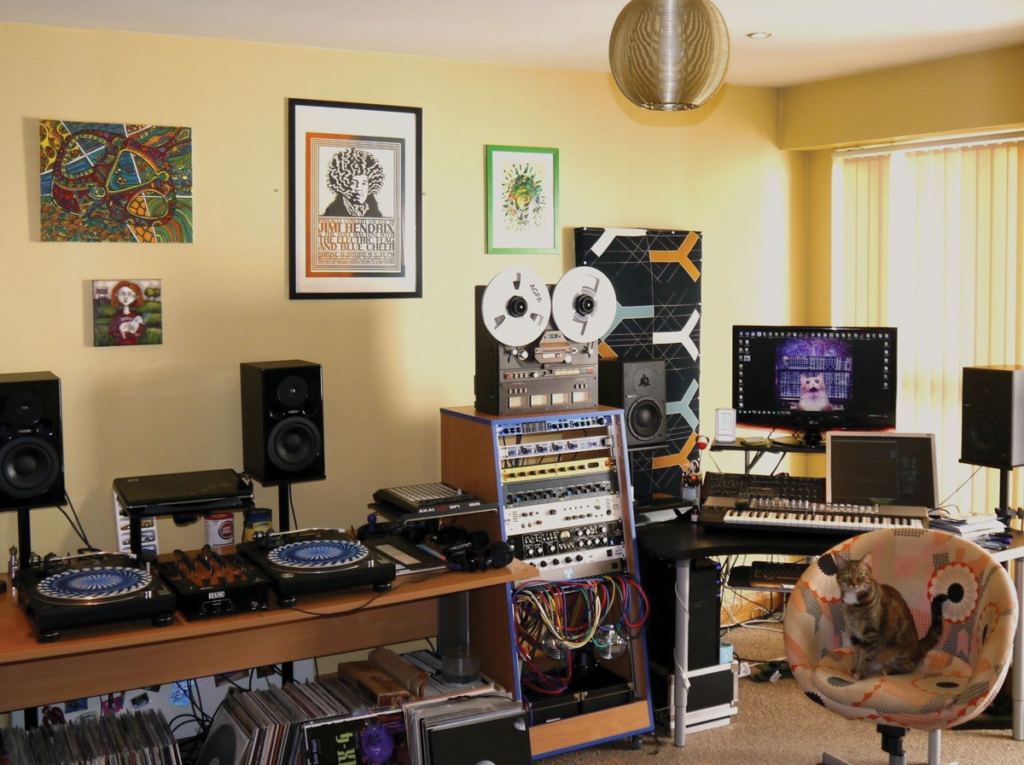 Which DAW?
I use Ableton Live, Reason, Cubase. Live was the first DAW I learned and has
the best flow. I use Reason Rewired and mix my projects in Cubase. Cubase provides me with more possibilities for mixing but for producing I prefer Live.

Favourite piece of gear?
Everything I have at home! There isn’t a lot but all of it is in use. My favourites are the Technics decks with my vinyl collection and the Dynaudio monitors and RME Fireface 800. They were hard to get but, as I said, every single piece has a place in my heart.

How often are you in your studio?
Hours and hours each week. I try to produce and learn something new every day but find a balance so I also spend time with my friends and pets.

How do you use the studio?
Only by me and for fun. I’m part of two music projects: Robert Mash Tomcik (which is mainly deep house and house), and Robodis, a collaboration with a guy from Poland which is more deep, dub techno. 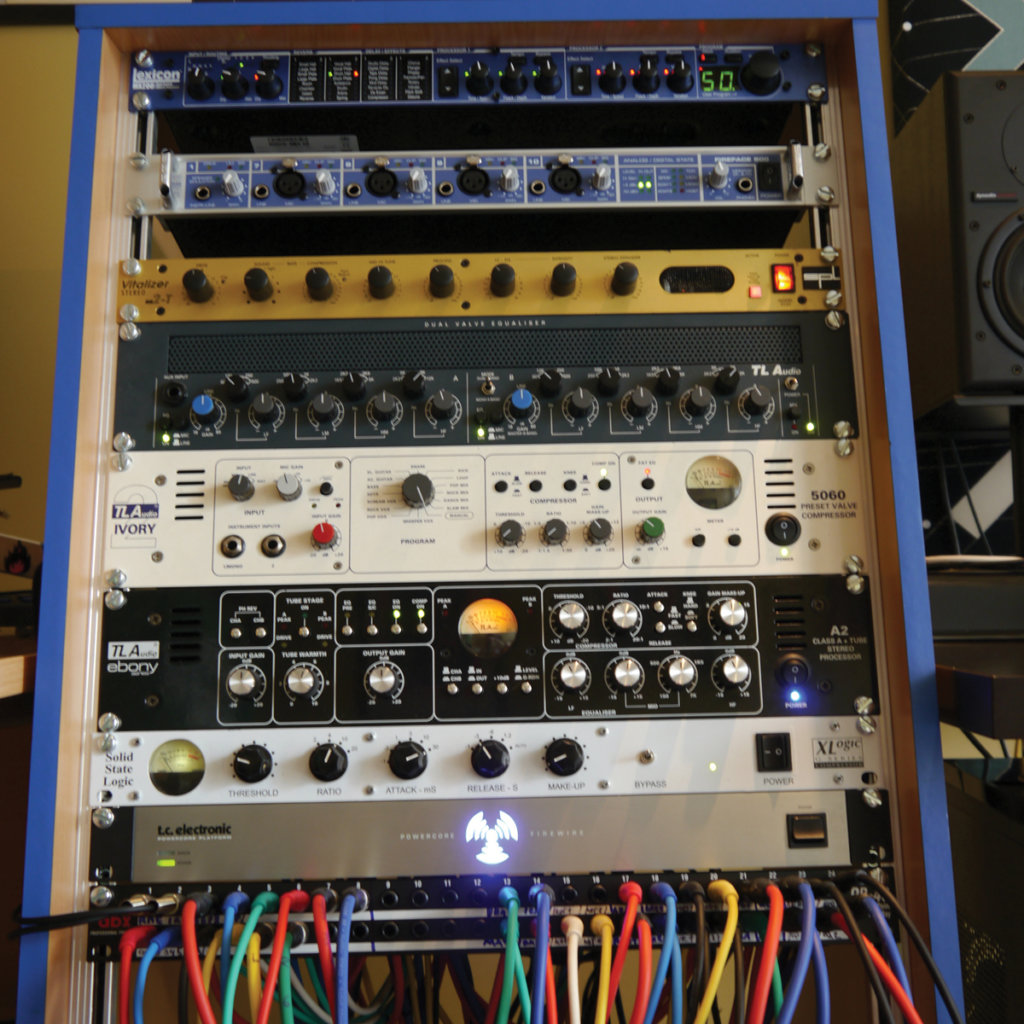 Anything annoy you?
Nothing really. Maybe, in the future, I’d like to have a specific space for my studio instead of the living room but, for the moment, and as a hobbyist music maker, I’m happy to have it here.

What is next on your shopping list?
There’s still plenty I want to get but, step-by-step, I’m buying gear I need or want to have at home. I do need a drum machine so next on my shopping list is Roland’s AIRA TR-8 drum synth.

Dream piece of gear?
I was thinking about the Yamaha DX7 because I played it in the Sensoreal guy’s studio. But as I have limited space, I’d go for Yamaha Reface DX and Reface CP – I think the sound would be great. I also want the UAD plug-ins – I don’t use many plug-ins, but these sound fantastic.

There are many dream pieces but I’m trying to be realistic and know what I can afford and what I can’t. I’ll go step-by-step and buy what I need.

Any studio anecdotes?
When I was buying my reel-to-reel recorder, I responded to an advert. We went to collect the machine, and a lovely, 80-year-old gentleman was selling it. His studio was small but full of gear and looked like it was from an old movie.

He was full of life stories, played piano for us and showed us posters of his 80s band. He sold me a beautiful Tascam 34 for a very good price and when we were leaving, he disappeared back in his house and came back and gave us a pair of Auratone monitors from the 50s – for free!

They’re the same as those used by the Sensoreal guys in the Seta Label studio. In total, the trip took two hours but this man left an unforgettable impression… 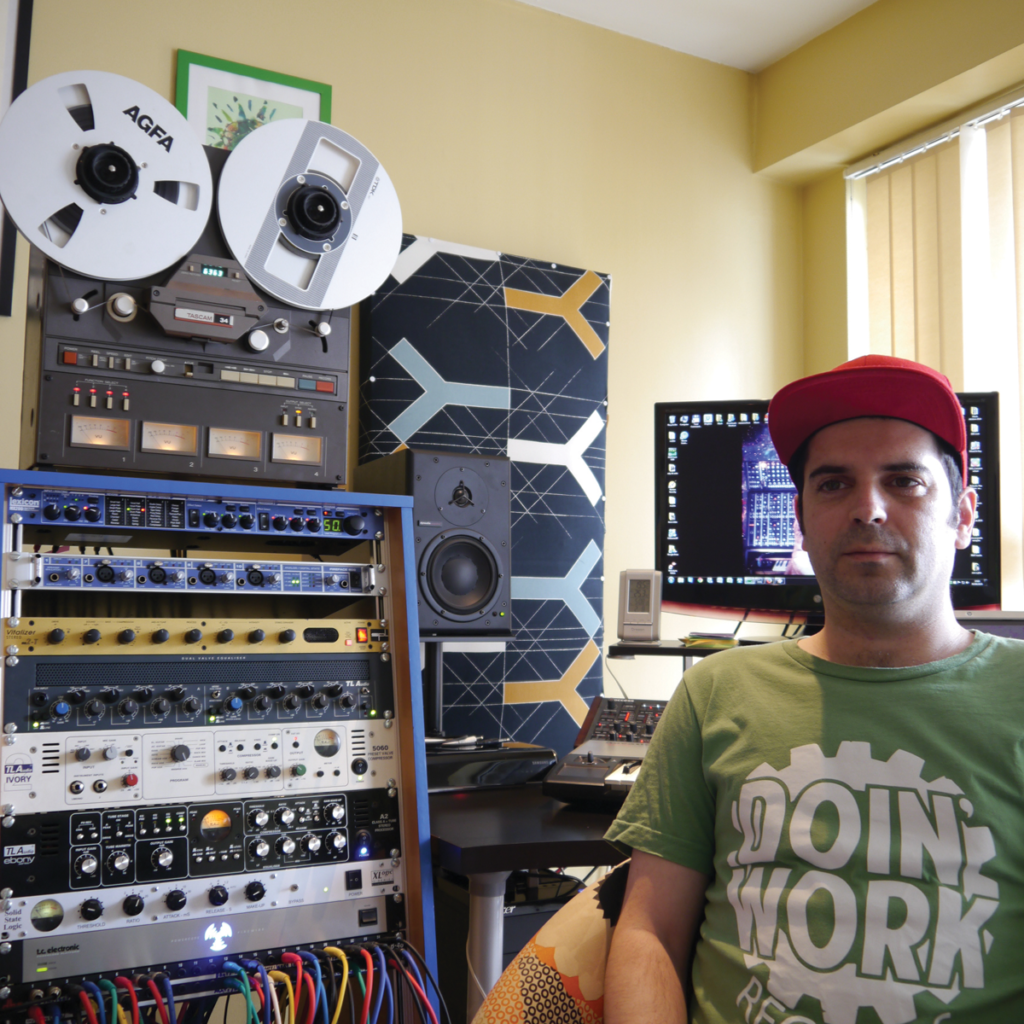 Any advice?
Get to know someone who’ll show you the beauty of analogue machines and give you advice on what to buy. Invest in a good-sounding interface and monitors. Only then should you go after the gear.