RAK Studios – Studio Of The Year

RAK Studios is officially the best studio in the UK and is behind some of the most seminal recordings in pop history. It also has a gear list to die for. MusicTech.net pays a visit to see what all the fuss is about… You’ll have heard of Abbey Road and Metropolis, most probably Miloco Studios […] 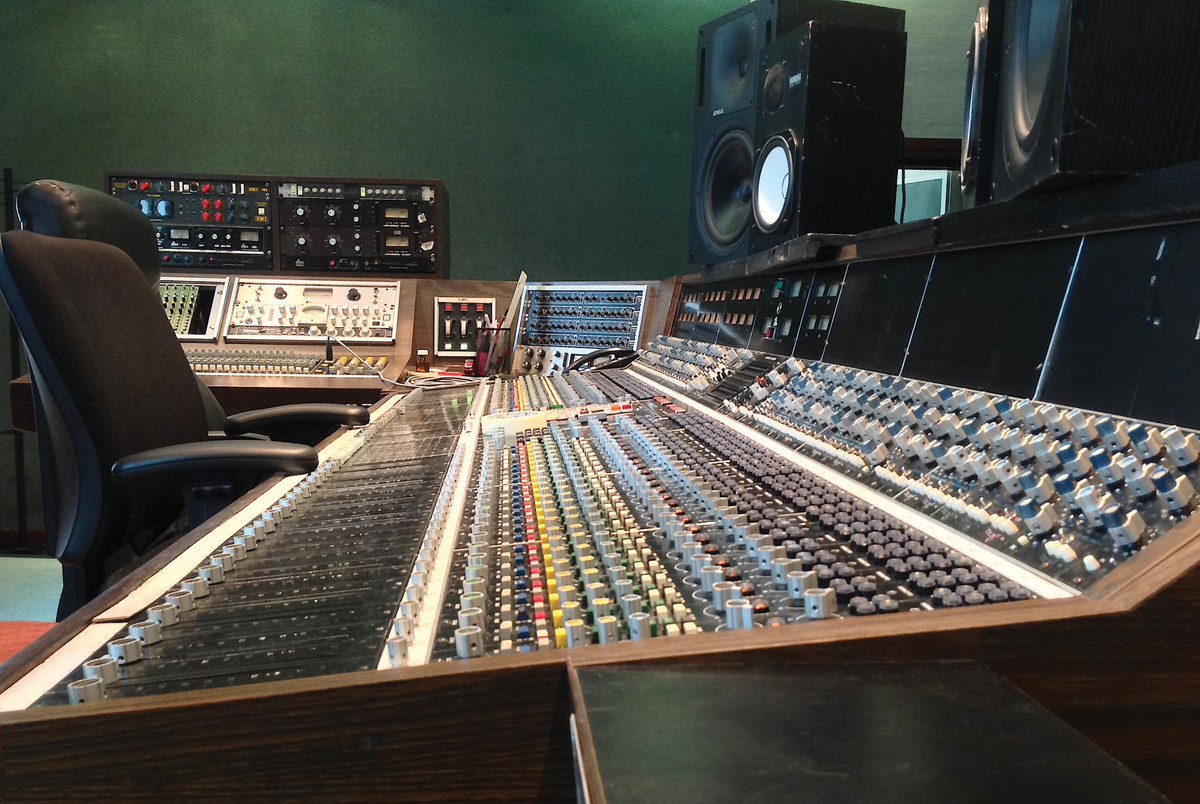 RAK Studios is officially the best studio in the UK and is behind some of the most seminal recordings in pop history. It also has a gear list to die for. MusicTech.net pays a visit to see what all the fuss is about… 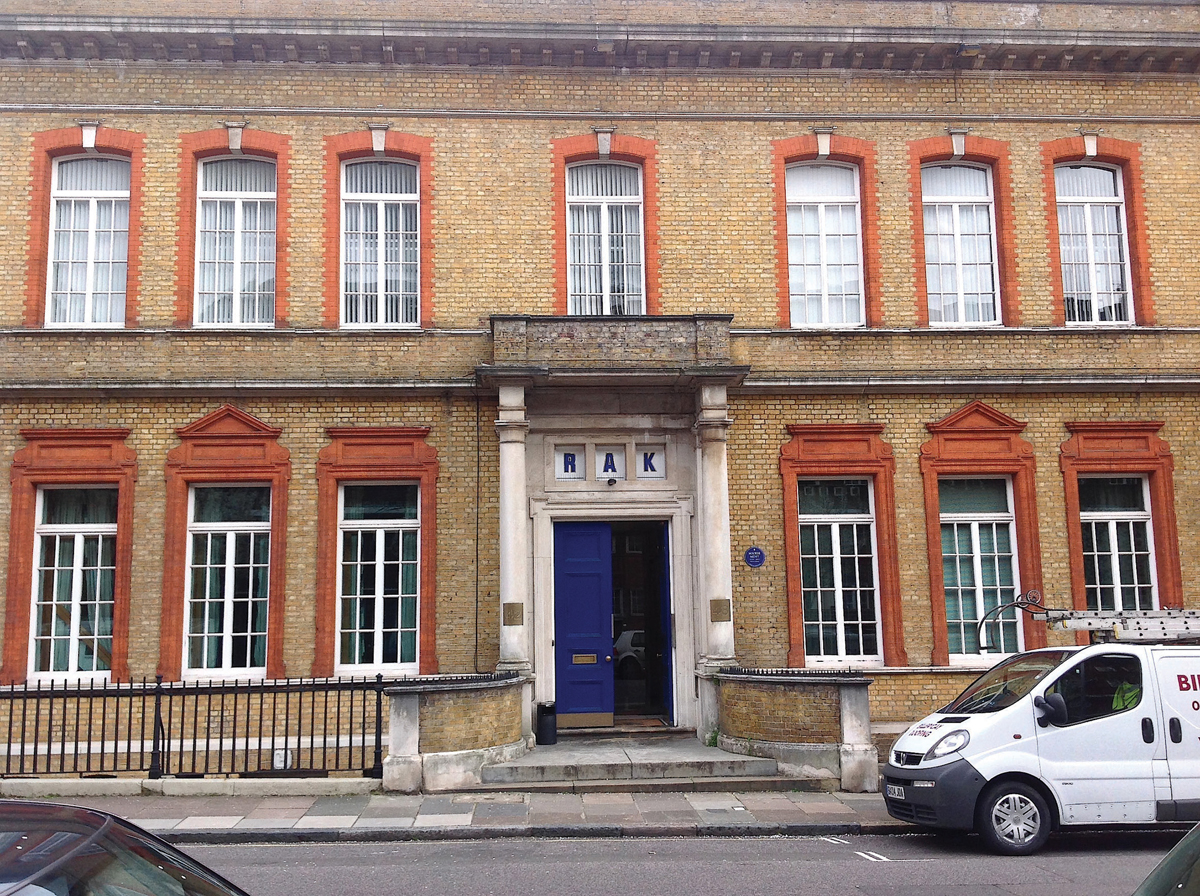 You’ll have heard of Abbey Road and Metropolis, most probably Miloco Studios too. But what about RAK? RAK Studios was voted Best Studio at the prestigious MPG Awards this year, and on our visit we could see why. The studio is based near Regent’s Park in London and was founded by what you might consider as the 70s’ equivalent of Simon Cowell, the one and only Mickie Most. It’s one of the recording world’s best-kept secrets and some of the most iconic recordings have been made there: everything from Radiohead’s The Bends to Paul McCartney’s Mull Of Kintyre.

RAK was opened by Mickie in 1976 after he’d already enjoyed a hugely-successful career that included producing the seminal House Of The Rising Sun by The Animals and scoring 11 number one singles in South Africa with his own band Mickie Most And The Playboys. As his success as a record producer increased in the 70s, Mickie needed a studio to call home, and RAK was born…

Going Digital
“We started with two studios: 1 and 2,” recalls RAK’s long-time studio manager Trisha Wegg. “Both were installed with API desks that are still running nearly 40 years on! They were put in from the get-go. We were the first studio in the UK with API desks – they were all-singing, all-dancing state-of-the-art.”

It was technology that immediately gave RAK the edge over other studios in London, and soon the biggest names of the time were using the facility. “We had The Moody Blues, Pink Floyd, The Who – they recorded with Glyn Johns, which was an adventure!” says Trisha before explaining the attraction of RAK to such big names. “It was a combination of the technology and it being Mickie’s place. He just bought everything straight out – lots of choice pieces of kit.” 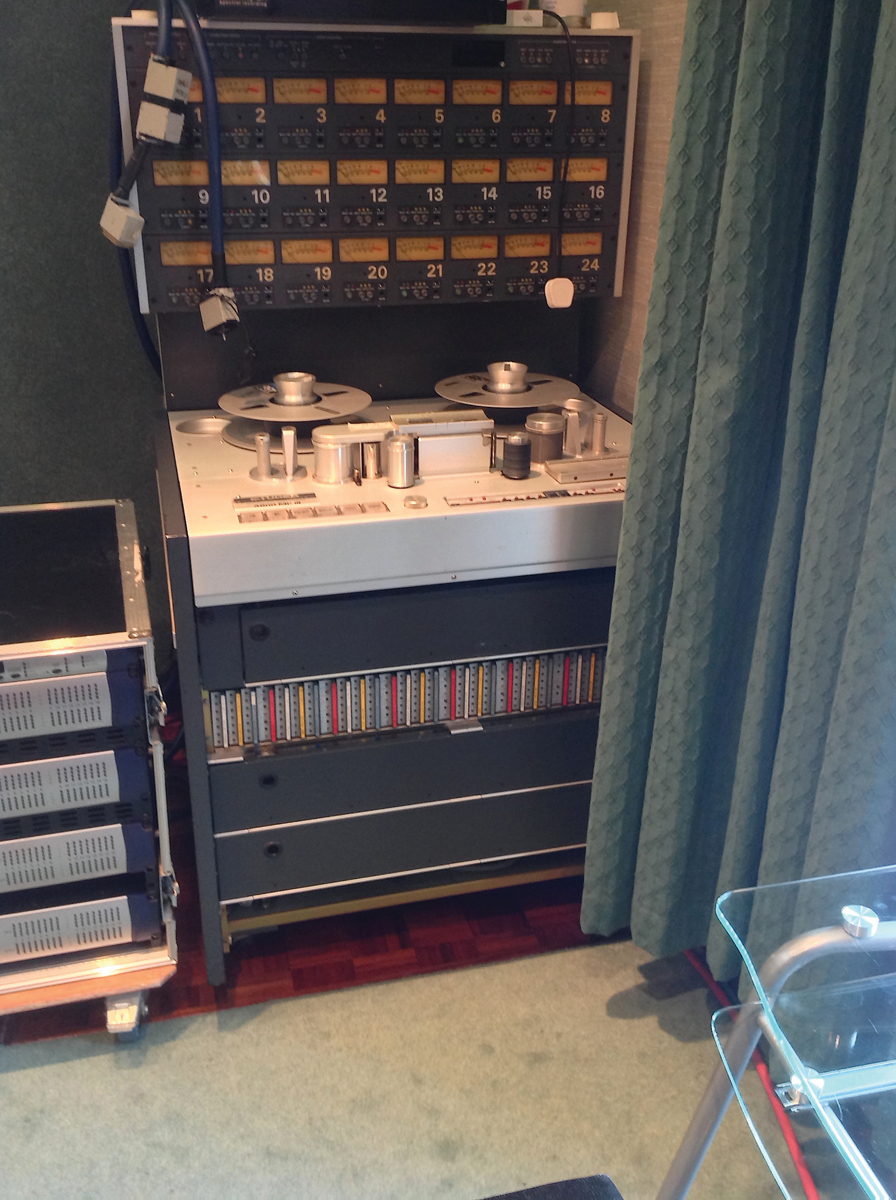 The studio became the place that people in the industry knew, and part of its appeal was that it never boasted of its success. Artists may have been attracted by the gear but quickly absorbed the creative atmosphere and word spread. Trisha reels off a list of artists to an almost overwhelming degree: Duran Duran, Paul McCartney, Michael Jackson and Elton John to name a few. Then there are the results, with classic tracks such as The Buggles’ Video Killed the Radio Star, Ultravox’s Vienna, and Simply Red’s Holding Back The Years all recorded at RAK.

“The main thing is that people are comfortable, and there’s no airs or graces. I mean, I’ve stood in the kitchen and Paul McCartney has made me a cup of tea. Not many people can say that!” Trisha laughs. 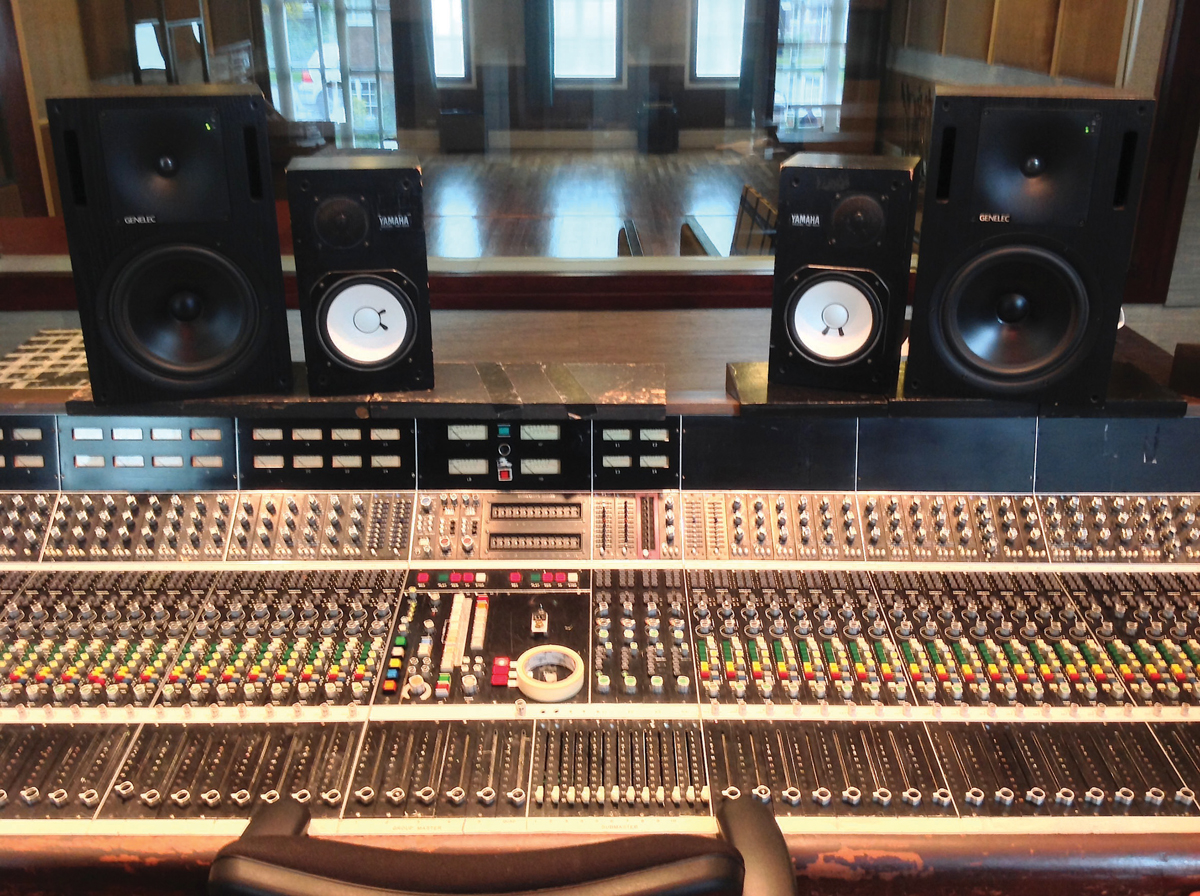 Studio 1 boasts a live room large enough to fit a complete orchestra in.

Halcyon Days
Producer Stephen Hague was a regular visitor in the 90s when RAK had expanded by two more studios. He principally used Studio 3, and the artists he brought with him meant some of the original gear needed updating.

“We bought digital equipment for Stephen, initially a Sony 24-track and then a 48-track digital multitrack,” says Trisha. “It was simply because Stephen was doing so much work here and that’s what he wanted. Those were the halcyon days for Studio 3. We had the Pet Shop Boys, David Bowie, and Robbie Williams recorded his first single here. He had just left Take That and he and Stephen did the cover of George Michael’s Freedom.” The Take That connection would continue with the recording of the band’s massive comeback album Beautiful World at RAK in 2006.

It was one of Trisha’s employees, a young Nigel Godrich, who was instrumental in another masterpiece being recorded at the studio. Large parts of Radiohead’s The Bends were captured at RAK thanks to the relationship that Godrich formed with the band, and one that has lasted to this day. 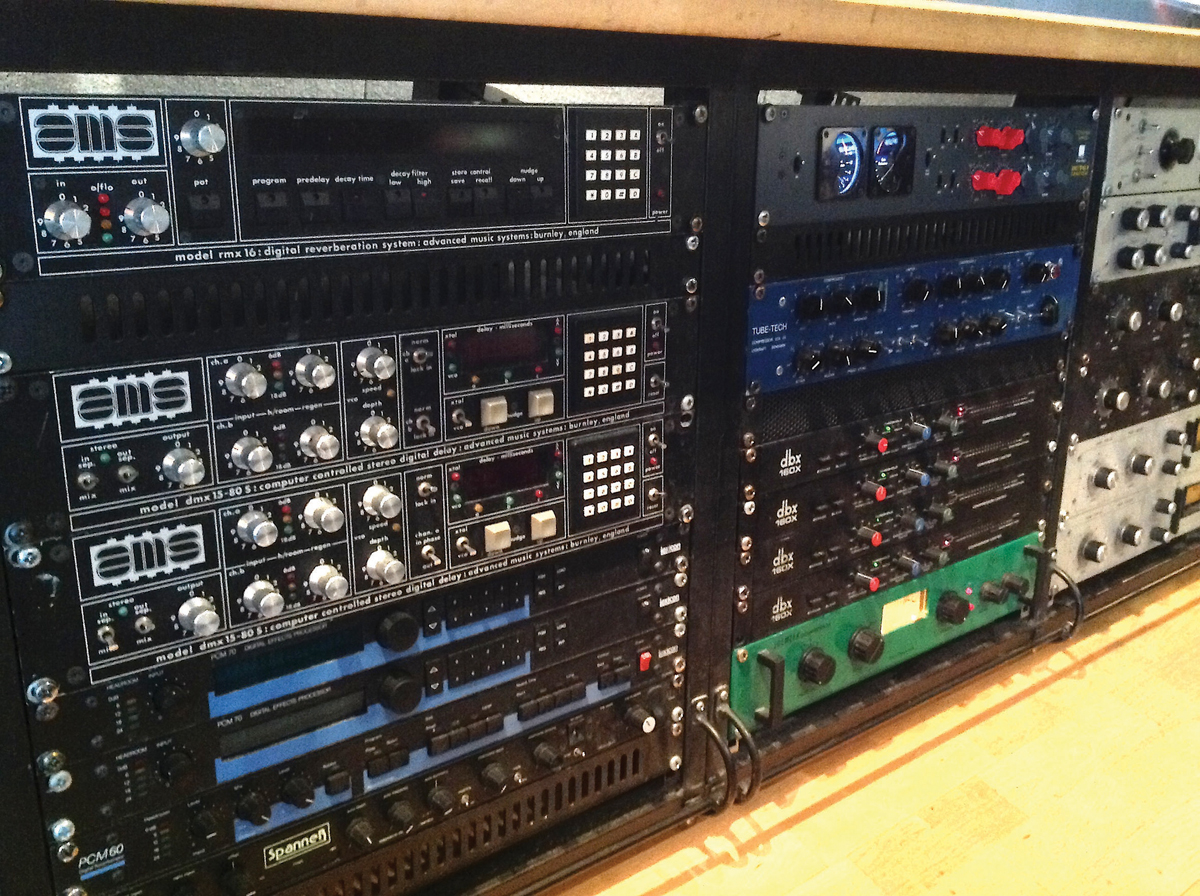 Racks of gear in Studio 2 include classic outboard from AMS, dbs, Tube-Tech and Fairchild

RAK Today
Many of today’s big names are using the facility including Lily Allen, Labrinth, John Newman, Adele and Tiny Tempah. Ironically, some are using a studio once famed for its cutting-edge technology simply because it still has the same gear installed back in the 70s. Ethan Johns, for example, is just one of the regular users of the still-working analogue reel-to-reels. 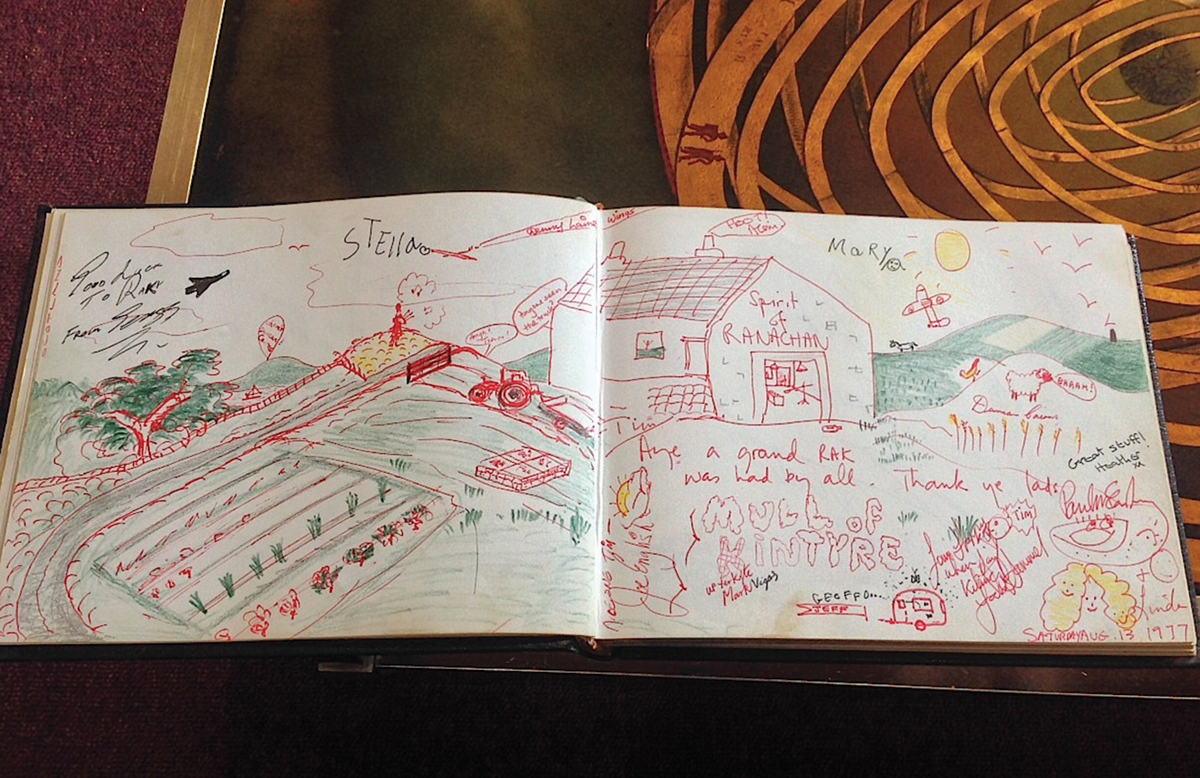 Paul McCartney’s Mull of Kintyre was recorded in the RAK mobile studio, and he and his family signed – or designed – the guest book after

“The great thing is that the next generation of engineers will be recording these new bands and that’s their learning ground,” says Trisha, “just like Mickie would be the mentor to the original generation. It’s being in a creative environment. I don’t think you could name any artist who has been in a studio like this that would then say, ‘I can’t work here, I’m going back to my bedroom’. That would be quite insular whereas music is quite spiritual. It’s about creating and developing, so if you are put in an environment like this the music flourishes.”