Today’s hardware sequencers are about performance and interactivity, but Yamaha’s 1996 QY700 was composition focused, with a sedate workflow. We dig out the floppy disks. 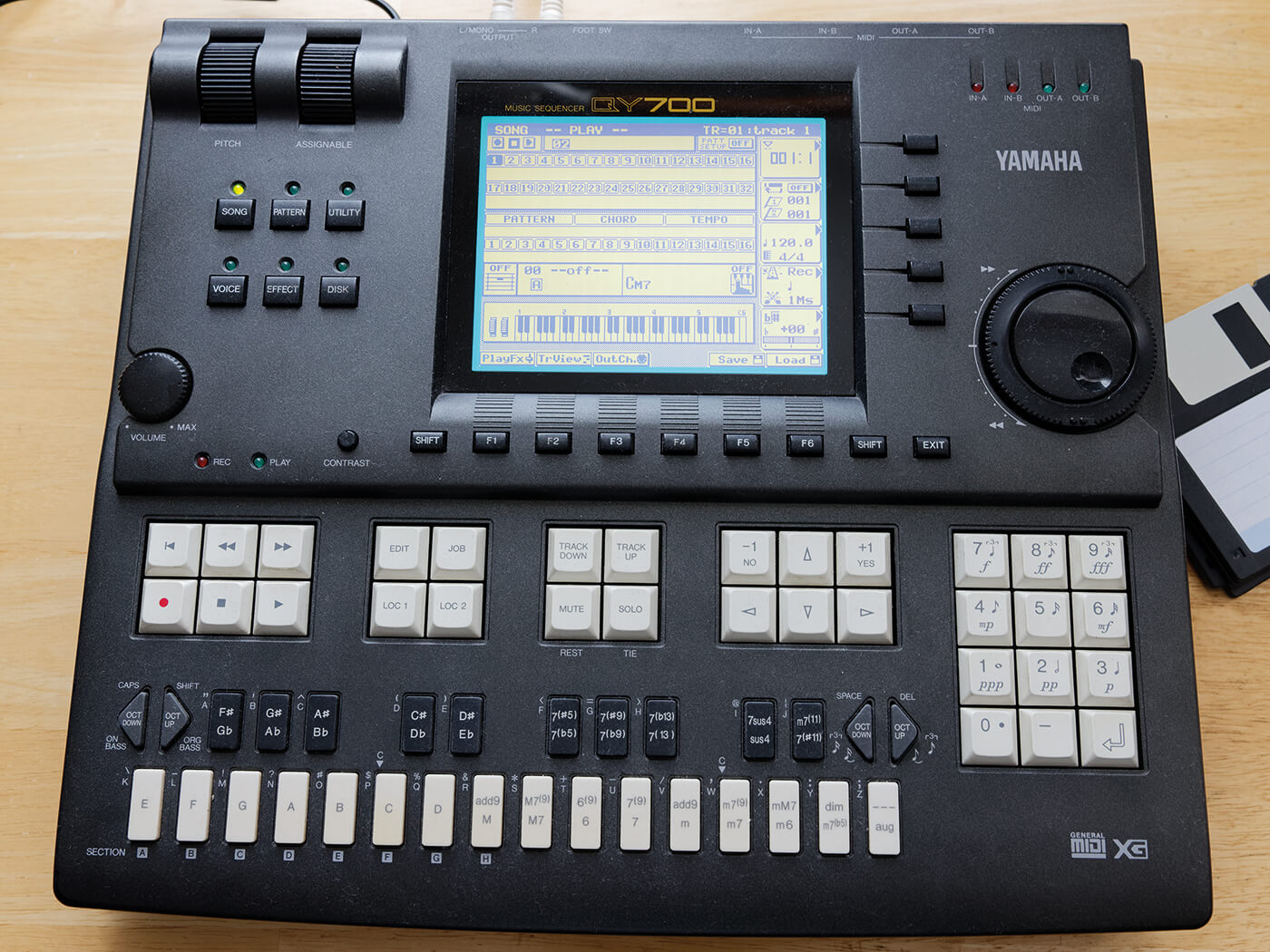 Yamaha’s QY700 dates back to 1996 and is a large, mains-powered beast, dedicated solely to creating MIDI compositions. Even now, with the renewed interest in hardware sequencing, there’s nothing quite like it on the market.

The QY700 is made of plastic and being over 20 years old, some second-hand examples you’ll find won’t be as clean as they once were. But the device scrubs up well – and the 320×240 angled LCD display is a thing of beauty (but make sure it’s working before you buy!). There are plenty of little buttons, a data dial and pitch and mod wheels, but the true tactile fun comes with the big buttons that dominate much of the QY700’s surface and give it a 1970s computer vibe. 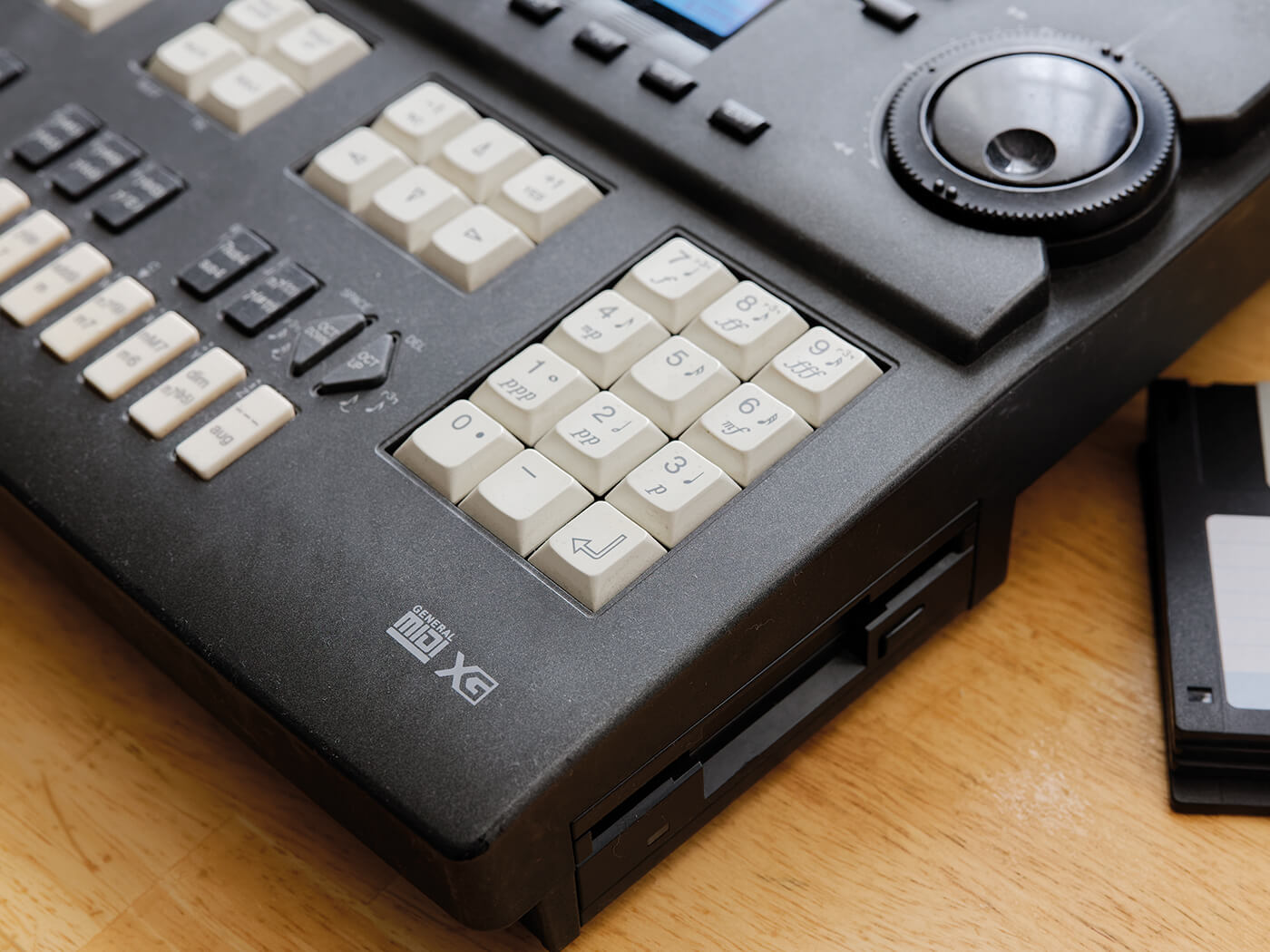 There are also two rows of rubber pads, reflecting a keyboard layout, so you can play the onboard instruments without any external controllers. Connections include two pairs of MIDI inputs and outputs, ¼-inch audio left/right outputs, ¼-inch stereo headphone jack, footswitch jack, and a 3.5-inch floppy disk drive. It’s still easy to get disks online, as well as a USB disk drive for your computer. It’s a strange trip to have a floppy disk drive hooked up to a 2019 5K iMac – it’s not a regular occurrence, that’s for sure. It’s also easy to track suitable mains-power supplies online, as I did recently.

Sequencing hardware is about embracing the limited track counts, sounds and effects, but the QY700 has capacity enough with up to 32 simultaneous notes, 32 sequencing tracks, and storage for 20 songs. Being partly envisioned as a backing-track device, it has a library of 3,876 customisable instrument phrases, with a further 99 slots for user phrases.

If you’re that way inclined, you can use the auto-accompaniment mode to create chords and bass parts for your songs, which will effectively give you 48 tracks in total. The QY700 can be fully standalone thanks to the onboard sounds – 480 presets using wave ROM, GM and XG formats, 11 drum kits and a reasonable selection of audio effects including reverb, chorus, delay, distortion, EQ, and others.

Some of the presets are fairly usable and there’s basic editing of instrument and effect parameters, but don’t get your hopes up, an entire composition using only these will sound quite vanilla. A good rule of thumb is to connect it to your favourite synths or drum machines for richer sonics. The QY700 methodology is based on phrases, patterns, and songs. You can record full-length song parts (in real time or via step recording), or construct patterns and chain them for playback. It’s a highly functional sequencer, limited mainly by the display technology that was available at the time. It’s absolutely nothing like sequencing in the way you might think of doing it with Ableton Live, for example, but at times, it overlaps with the functionality of more long-in-the-tooth DAWs such as Cubase and Logic.

Up to the limit

The limitations of the QY700 force you to work in a more musical way. It can be used to program impressively detailed drum tracks, but don’t buy this for the beats – get an MPC instead!

You might think that the QY700 has little relevance in 2019; after all, it does nothing that software can’t do and it hogs desk space. And that workflow? Yikes! But art isn’t about practicality, it’s about being challenged by the tools, finding new ways to get ideas out, and it’s ultimately about emotions, connections, and yes, nostalgia. The only questions are: how interested are you in composition and how willing are you to adapt to a slower, more considered, workflow? 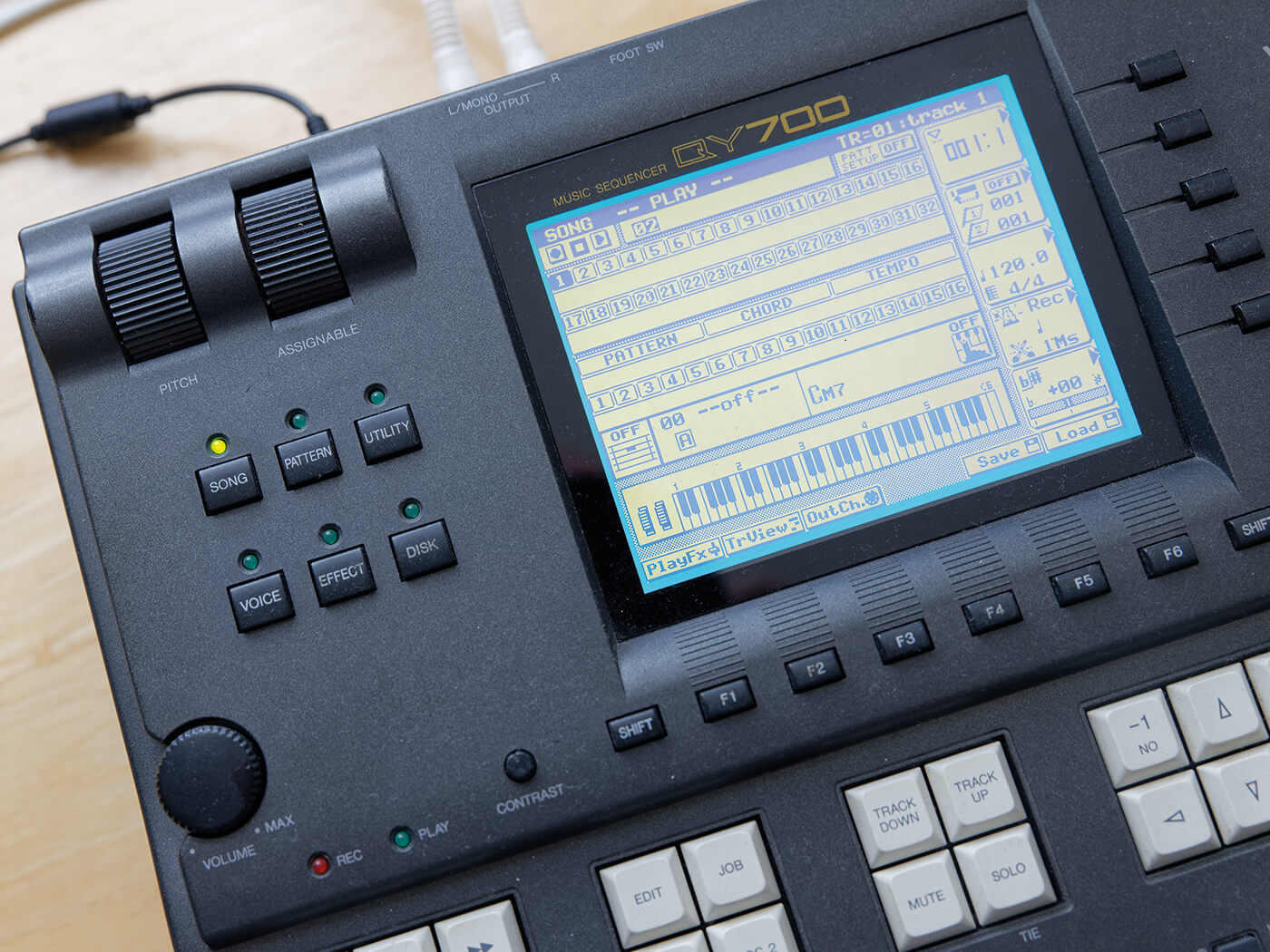 Like the idea, but want more interactivity? See also Yamaha’s RM1x and RS7000. A final note to say that, for music fans of a certain age, you can’t mention the QY700 sequencer without mentioning Squarepusher – it’s even on the cover of the 2006 Hello Everything album  – it’s not only beloved by him but by many, many other electronic music-makers. Including me.